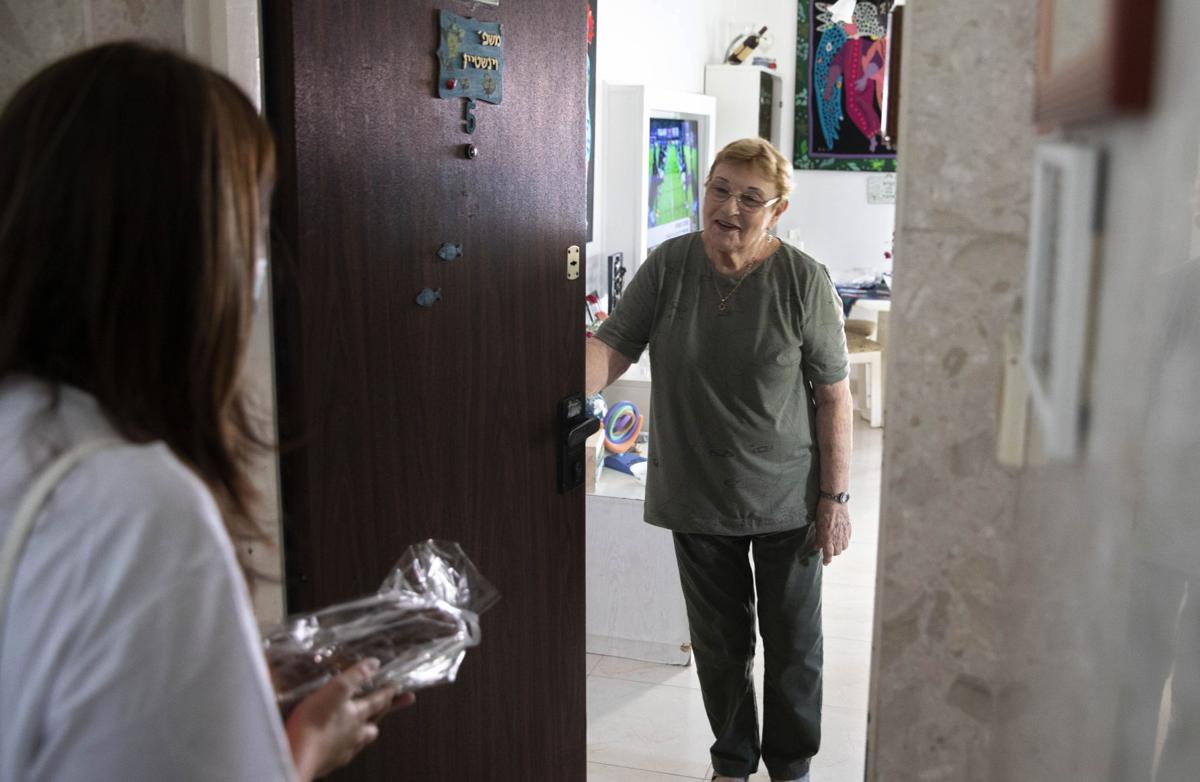 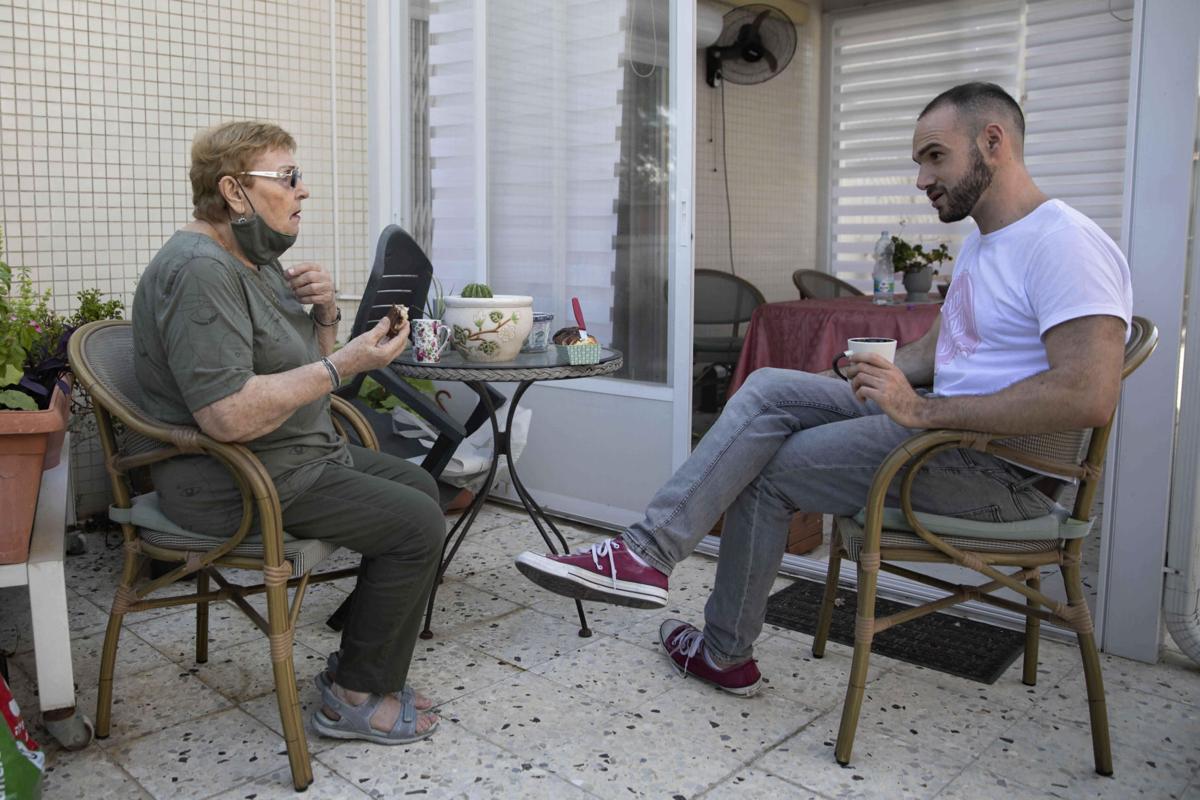 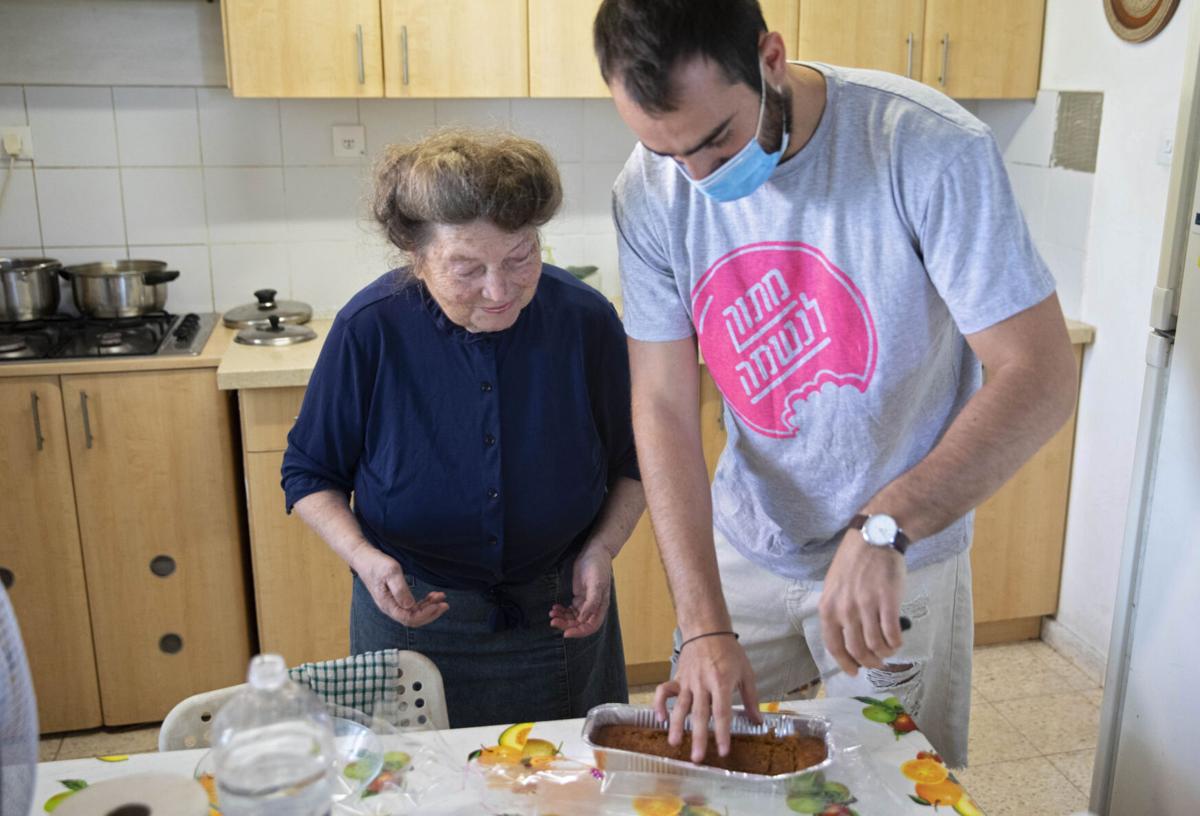 Sonia Rozenblatt, 85, tastes a cake made for her by Israeli volunteer Din Belz in the central Israeli city of Ra'anana, Oct. 8. [SEBASTIAN SCHEINER/AP]

Sonia Rozenblatt, 85, tastes a cake made for her by Israeli volunteer Din Belz in the central Israeli city of Ra'anana, Oct. 8. [SEBASTIAN SCHEINER/AP]

YAVNE, Israel — For thousands of older Israelis like Sara Weinsten, being housebound alone during the country's second nationwide lockdown is difficult and depressing.

“Loneliness brings back the past, and it's hard,” said Weinsten, an 85-year-old Holocaust survivor who lives in the central Israeli town of Yavne.

But each week ahead of the Jewish Sabbath, which starts on Friday at sundown, she gets a knock on the door that brightens her day: a home-baked cake delivered by one of thousands of volunteers bringing pastries to older Israelis living alone.

Israel imposed its second nationwide lockdown during the coronavirus pandemic on Sept. 18, to rein in one of the highest infection rates per capita in the world. The Health Ministry has confirmed more than 300,000 cases of the novel coronavirus, including 2,278 deaths.

“Sweets for the Soul” was started last year, before the pandemic, by a Tel Aviv amateur baker to raise the spirits of those confined to their homes out of health concerns.

“I always say that 90% of the world’s problems can be solved with a slice of a good cheesecake,” said Itamar Glazer, 28, founder of the weekly initiative.

“I want to create like a worldwide network to relieve loneliness with social interaction and cakes,” he said.

At first, the pandemic's arrival in March forced the team to halt cake deliveries out of concern for the safety of older, higher-risk Israelis.

“But what happened is that two weeks after we closed down the project, the elderly started calling us: ‘Why did you stop the visits?'” he said. Today, the group delivers over 1,000 cakes a week.

Sharon Yaron, 42, has been visiting homes as part of the program. For some people she has visited, economic hardships caused by the pandemic are starting to show.

Some, who were in a better economic situation at the start of the outbreak, are now “calling us, asking ‘when will the cake arrive? Is it possible to get more things than just the cake, can you add basic ingredients?'" Yaron said. "This breaks your heart a little.”

The small act of baking cake, she said, and spending some time with those home alone “gives them a sense of importance, to lessen the loneliness.”

Copyright 2020 The Associated Press. All rights reserved. This material may not be published, broadcast, rewritten or redistributed without permission.