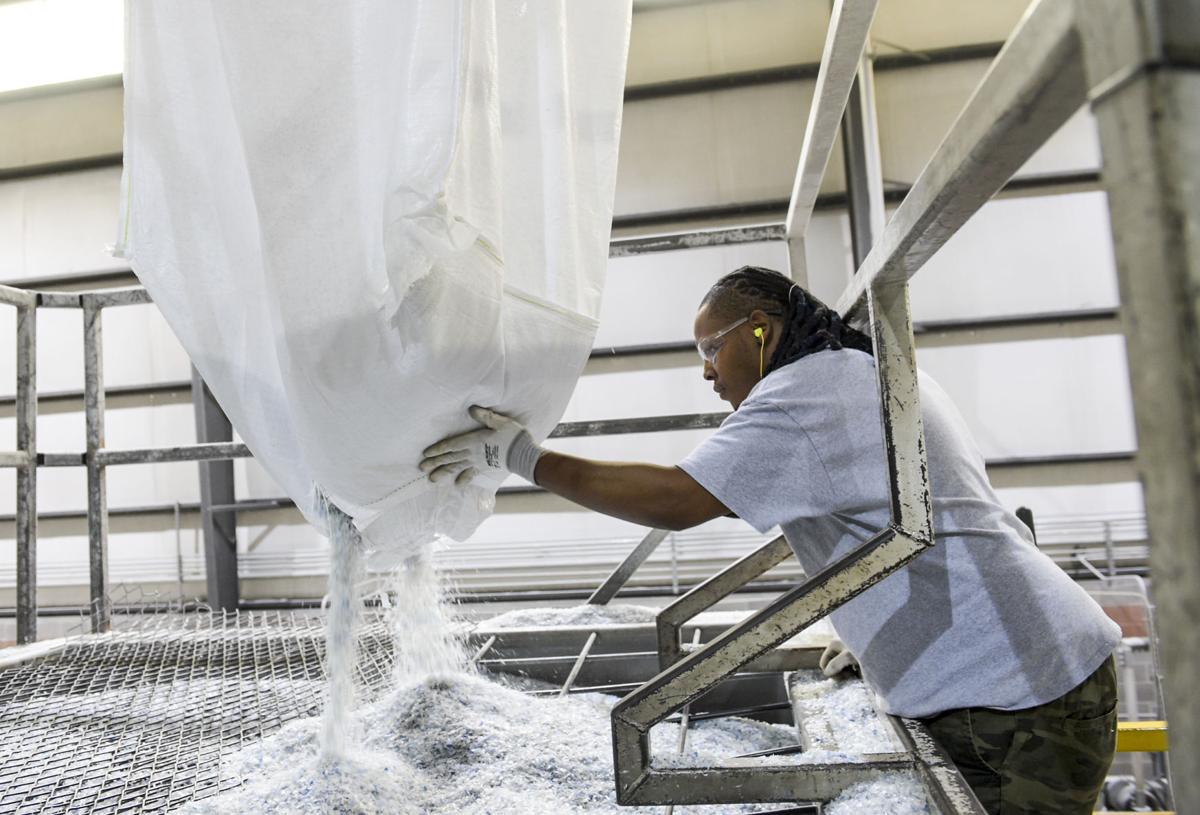 Containers illustrate stages in Indorama's recycling process, from the discarded plastic bottle, left, to the pellets, right that will be used to make new bottles. [JERONIMO NISA/DECATUR DAILY] 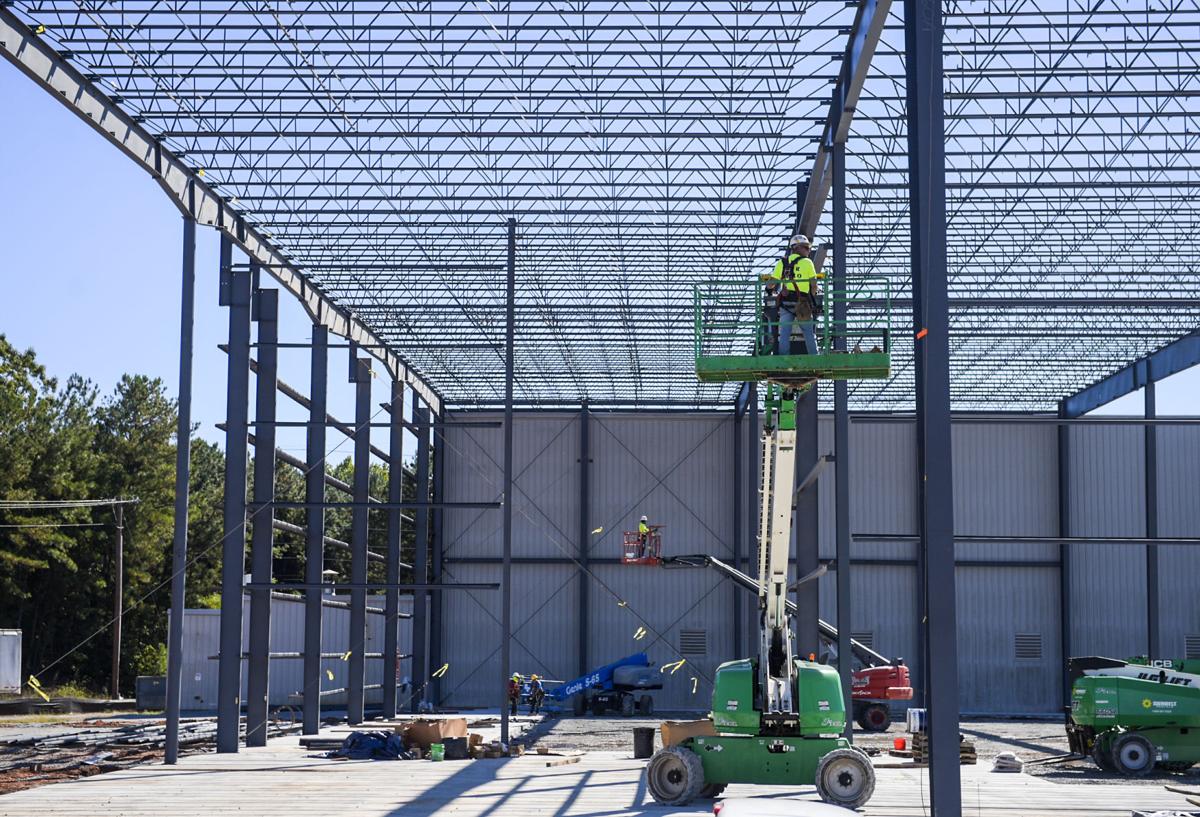 Containers illustrate stages in Indorama's recycling process, from the discarded plastic bottle, left, to the pellets, right that will be used to make new bottles. [JERONIMO NISA/DECATUR DAILY]

ATHENS — A more than $51.5 million expansion project underway at Indorama Ventures Sustainable Solutions in Athens will double the size of the existing facility and add 78 employees, officials said.

The plant recycles soft drink and water bottles made of polyethylene terephthalate, or PET, to make products that will be used in manufacturing new bottles and other products.

Bottles are sorted by color and contaminants are removed, then they’re ground into flake and the material is cleaned. Some of the material is used to produce food-grade pellets.

“We sell flake and pellets (to customers) to make new bottles and other products,” like food packaging and carpeting, Geiger said. “Most of our product goes back into new bottles.”

One of its customers for flake is AlphaPet Inc., which operates a facility on Finley Island Road in Decatur. Its product — ball-bearing-size pellets — is used by other companies to manufacture beverage and other containers. AlphaPet is a subsidiary of Bangkok-based Indorama Ventures Public Company Limited, which acquired the Athens facility from Custom Polymers PET in January 2019.

In a 4-1 vote Monday night, the Athens City Council approved an amended agreement with the company that grants abatements of non-education sales taxes during the construction period and non-education property taxes over a 10-year period. Councilman Harold Wales, who wants to see the plant’s employment figures and timelines over the years, voted against the agreement. Late last year, the council approved an agreement with sales and non-education property tax abatements, based on the original expansion plans for a $40 million investment and 60 additional employees.

“The building (addition) will be done by the end of the year,” Geiger said. The additional employees will be hired “between now and the end of 2021.”

Geiger said production startup in the addition will be done in phases, starting in the late spring next year.

“We should be up to full production by the fourth quarter next year,” he said.

“We’re pleased to know they’ve selected Athens to expand rather than going to another community” or to another company location outside the state, said Bethany Shockney, the president and CEO of the Limestone County Economic Development Association, on Monday night.

The new jobs at the plant will be for highly skilled extrusion operators and maintenance technicians, according to Geiger. Shockney said the average pay for the new jobs will be $15 an hour.

Shockney told the council that the sales tax abatement during construction will save the company about $1.34 million in sales taxes, and local schools will receive about $868,830 in funding. The property tax abatement will mean a savings of about $1.57 million for the company over 10 years, and local schools will receive about $1.29 million over a 10-year period.

“That’s a total of almost $2 million going toward the schools in new money,” Shockney said.

In other business Monday night, the council accepted a low bid from Reed Contracting for up to $1.8 million for paving and striping work, for a three-year contract. Public Works Director James Rich said the city would come back to the council for its approval on individual task orders for road projects.

The council also accepted a $198,044 bid from Broadway Electric for the Alabama 20 overpass utility relocation. Electric Department Manager Blair Davis said the City of Decatur would reimburse the cost.

The council also appointed District 4 Councilwoman Dana Henry as its representative on the Athens Planning Commission.

Virus spikes have officials looking to shore up hospitals