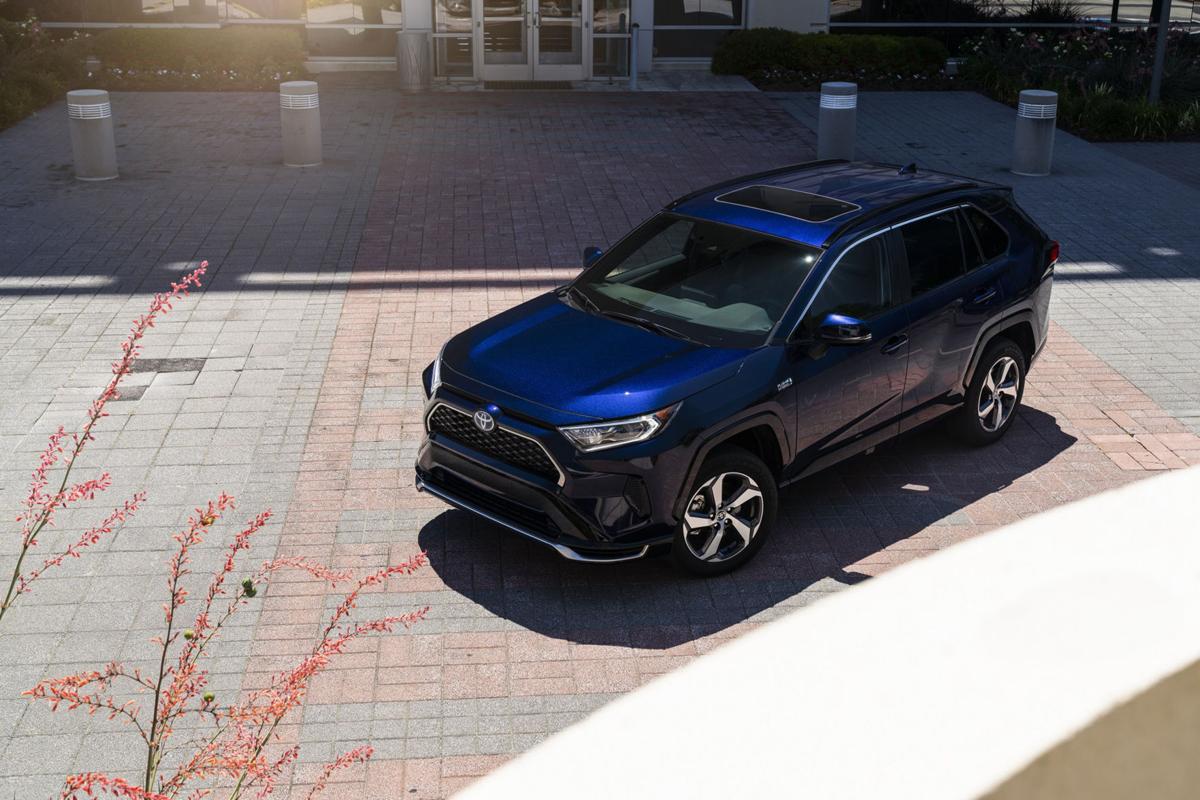 Paired with electric motors, the Toyota RAV4 Prime offers a total of up to 302 horsepower, accelerating from 0 to 60 mph in a projected 5.7 seconds. [TOYOTA/TNS] 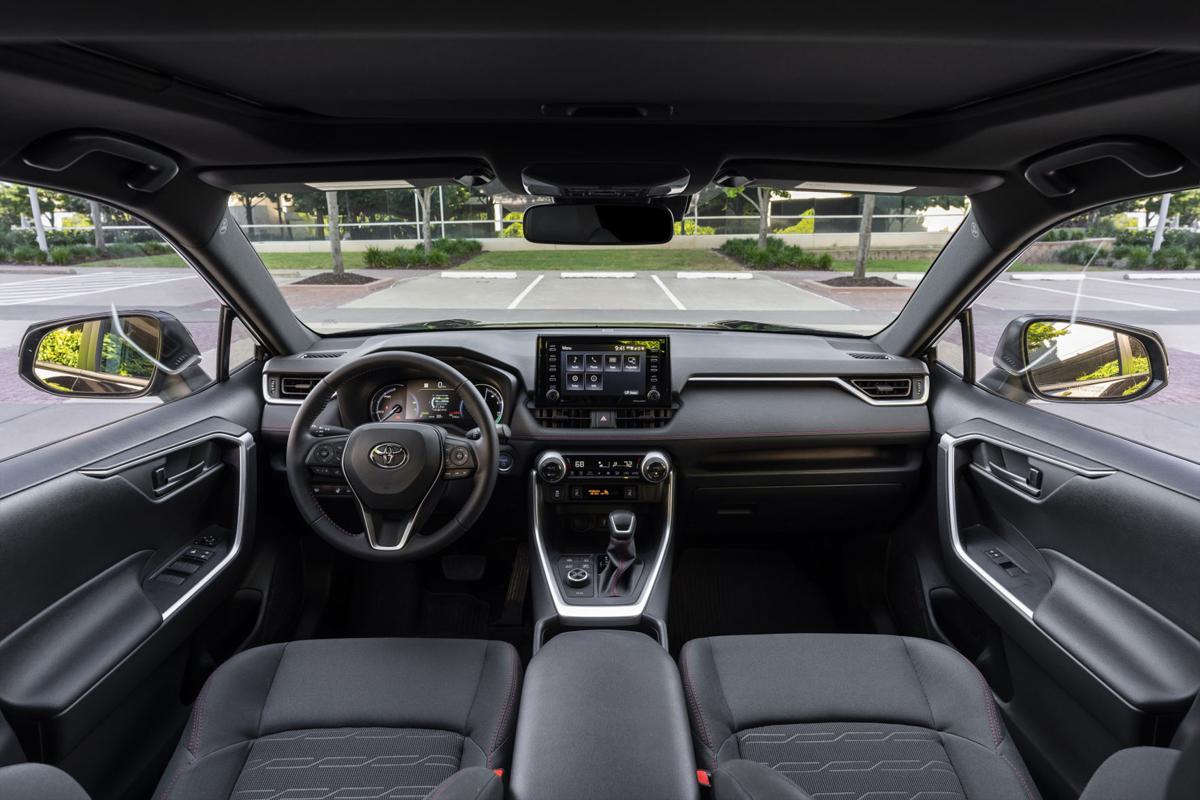 The standard audio plus system in the Toyota RAV4 Prime has a 9-inch touchscreen and an available premium audio system that includes dynamic navigation and a JBL speaker system. [TOYOTA/TNS]

Paired with electric motors, the Toyota RAV4 Prime offers a total of up to 302 horsepower, accelerating from 0 to 60 mph in a projected 5.7 seconds. [TOYOTA/TNS]

The standard audio plus system in the Toyota RAV4 Prime has a 9-inch touchscreen and an available premium audio system that includes dynamic navigation and a JBL speaker system. [TOYOTA/TNS]

Life has changed in so many ways. We no longer think it’s strange when someone wears a face mask, once common only among bank robbers and surgeons. We’ve become accustomed to it, just like we’ve gotten in the habit of buying more things online, even groceries. It’s not merely a matter of avoiding COVID-19; it’s also mighty convenient, proving that there isn’t an ill wind that doesn’t blow some good.

But life is like that. Change happens quickly, and we scarcely remember what came before, especially when change makes life easier.

It’s why most consumers prefer vehicles like the 2021 Toyota RAV4 Prime to a sports car. OK, one is far more practical than the other, and for most of us that’s what matters. But there’s a second reason, and it’s told by one number: 5.8. That’s the RAV4 Prime’s 0-60 mph time, in seconds, making it the second-quickest vehicle Toyota sells in the United States. Only the Supra sports car is faster. But unlike its faster sibling, the RAV4 Prime is a plug-in hybrid electric crossover SUV, one that’s noticeably quicker than the standard RAV4 Hybrid, which reaches 60 mph in 7.8 seconds.

Available in sporty SE and XSE trim, the Prime runs for 42 miles solely on electricity, returning the equivalent of 94 mpg, before running in standard hybrid mode, returning 40 mpg in city driving, 36 mpg highway. This is possible thanks to Toyota’s Hybrid Synergy Drive system, which pairs a 2.5-liter Atkinson-cycle four-cylinder engine with two motor-generators, along with a third rear-mounted electric motor to provide all-wheel drive and a combined 302 horsepower. When it comes time to recharge, Toyota estimates it will take 4.5 hours using a 240-volt outlet, 12 hours using a 120-volt outlet.

But the Hybrid’s Lithium ion battery pack, mounted under the floor, proves beneficial in another important way: it provides the RAV4 Prime with a low center of gravity, enhancing driving stability. Given the RAV4 Prime’s 4,300-lb. curb weight, you can feel it while cornering. But that weightiness isn’t as apparent when you punch the throttle. That’s when the electrons strut their stuff, providing this green machine with the punch to make short work of your need for speed. It’s the most fun you can have in RAV4 by far.

However, once you revert to standard hybrid mode, you’ll have to endure the four-cylinder gas engine, which gruffly moans and groans more than it should, like most politicians. Braking feels normal, without the abrupt regenerative grabbing typical of hybrids as they reclaim the energy produced by braking. Notably, the rear electric motor powers the rear wheels to provide traction when needed, whether it’s climbing a hill or traversing a slippery road. It also comes on in corners to reduce understeer. Despite some road compliance, body lean well controlled and the overall feel sportier than other RAVs. But the ride becomes prominently harsh and jittery over rough roads.

All RAV4 Primes get an 8-inch touchscreen with Amazon Alexa, Android Auto and Apple CarPlay compatibility, a power liftgate, as well as a leather-wrapped steering wheel and shifter. The test vehicle, an XSE, truly lives up to the Prime name, adding synthetic leather seat surfaces, wireless smartphone charging, ambient lighting, auto-dimming rearview mirror with integrated garage door opener and a 9-inch touch-screen with navigation and a premium JBL audio system. And wait till you see the options list.

But unlike a Toyota Supra, you can carry four of your friends or family members and 33.4 cubic feet of lifestyle debris. Try that in a Supra. You can’t. That’s why car buyers choose the RAV4 Prime over a Supra. It makes for a truly prime package, one that’s hard to resist.

The 2021 RAV4 Prime triumphantly proclaims Toyota’s mastery of hybrid technology, a skill built over more than two decades. And, with the addition of a bit more horsepower, a more-efficient plug-in hybrid powertrain and the RAV4’s practical shape and handy size, the RAV4 Prime is just one more reason sports cars are less popular than ever.

It’s a change to which most of us have become accustomed.

How Massachusetts man documented connection to the Mayflower

Black families encouraged to study their genealogy to find stories of tragedy, triumph