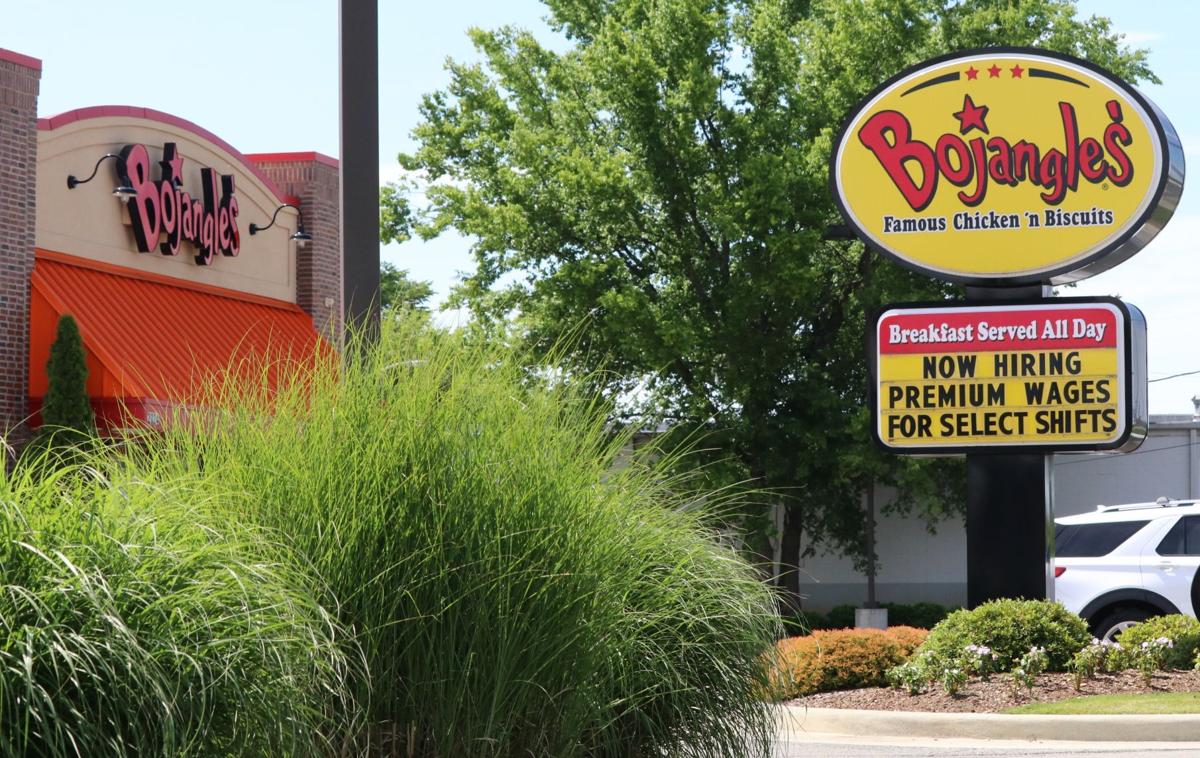 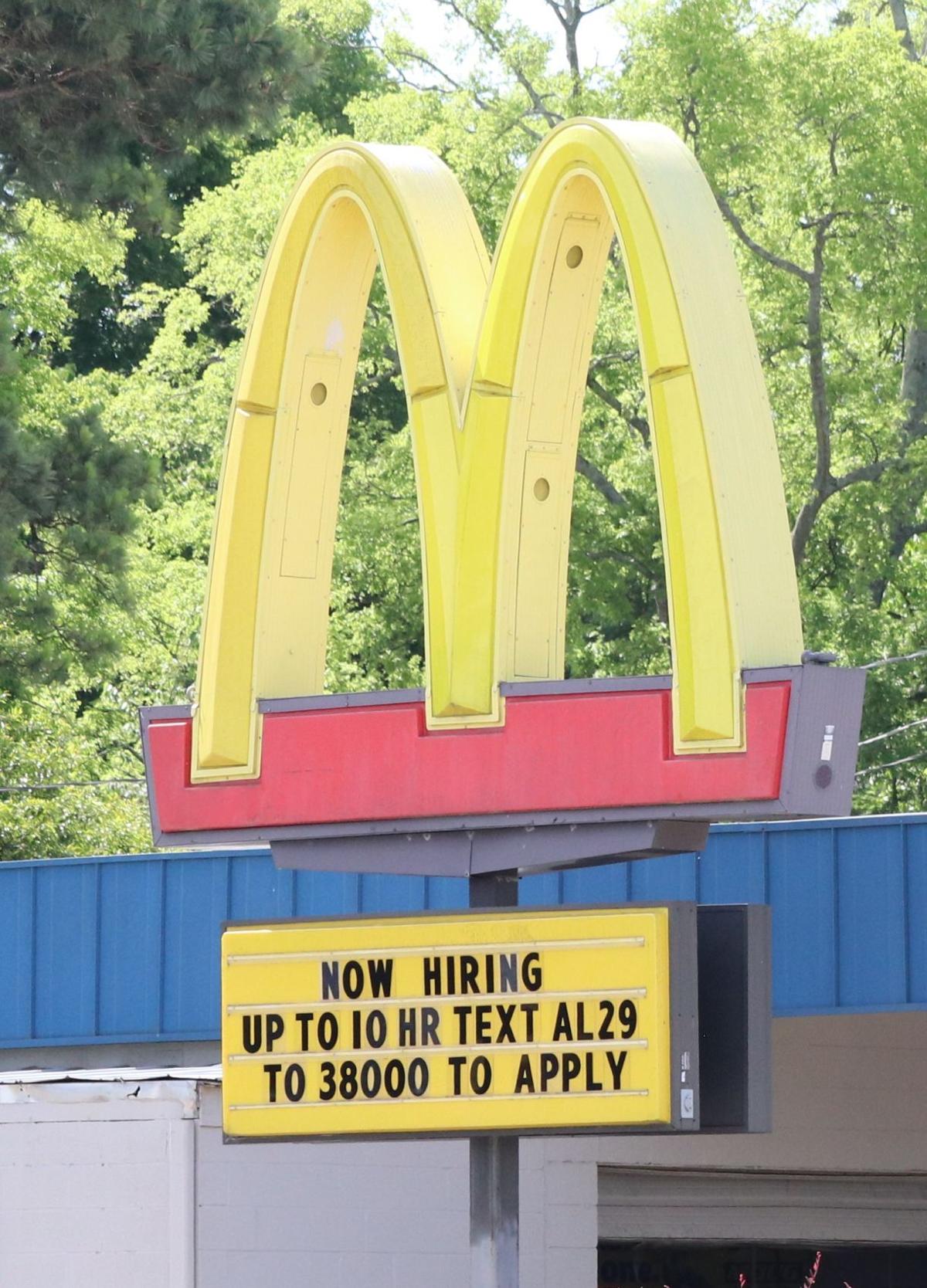 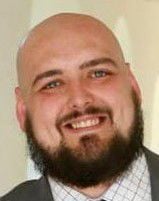 Economists, however, say that especially in north Alabama the shortage of low-wage labor has more to do with a rebounding economy that is providing workers with better opportunities.

Ivey’s comments came this month as she announced the state would reject the $300 federal supplements and other benefits for unemployed Alabamians beginning June 19, slashing the maximum unemployment benefit, from the state, to $275 per week. Federal legislation would have continued the benefit supplement through Sept. 6.

Ivey said, “we are hearing from more and more business owners that it is increasingly difficult to find workers to fill available jobs,” and “increased unemployment assistance … is now contributing to a labor shortage.”

With unemployment at 2% in Limestone County, 2.2% in Morgan and 2.5% in Lawrence, economists say it’s no surprise that employers are struggling to fill low-wage positions. In all three counties, the labor force — meaning those who have a job or are actively seeking one — is larger now than it was before the pandemic hit.

Once unemployment rates fall below 3%, said Ahmad Ijaz, executive director at the University of Alabama’s Culverhouse College of Business, a region is “very close to full employment. Generally at this level there is a great deal of upward pressure on wages.”

Low-wage employers are not so much dealing with obstacles caused by an extra $300 per week available to those who are unemployed and seeking a job, but by an economy that is providing workers with higher paid options.

“If you look at the labor force growth and other labor indicators, there is no shortage of workers,” Ijaz said. While the $300 supplement could theoretically be a deterrent to getting a job, that would be reflected in higher unemployment rates.

“The wages at that (low) income level have remained stagnant for a number of years, so they just may have to raise wages to get workers back,” he said.

Whatever the cause, local restaurants are feeling a labor pinch and many have raised their wages to attract and keep workers.

Jason Such, owner of Such-N-Such restaurant on U.S. 31 South, blames much of his problem on increased unemployment benefits.

“We went from 20 employees and now we’re down to eight, and I can’t even get applications in. I worked 121 hours last week. I’ve been doing that for over six months now. Unemployment (benefits from the federal government) are for sure the cause,” he said. “There’s no doubt about that. People just got lazy.”

He said federal COVID-19 relief payments also discouraged people from working. He theorizes that people are living off those payments and will start applying for jobs when the money runs out.

While he places the primary blame for his labor issues on the various federal relief programs, he said there is also more local demand for workers.

“All of the sudden since COVID was cleared you’ve got a spark of businesses. We’re getting five new restaurants in town in a matter of six months. You have plants going up — Amazon’s coming to town, Mazda Toyota, lots of them.

“I had to give everybody raises just to keep them here.”

Such said his starting pay is $8 per hour, with experienced employees getting up to $15 per hour.

What employees he gets are generally teens, and many are balancing work against high school activities.

“I probably haven’t had an application from anybody 25 (years old) and above in eight months,” he said.

At Big Bob Gibson Bar-B-Q on Sixth Avenue Southeast, General Manager Paul Collins said his difficulties in hiring staff forced him to raise the starting hourly wage from $7.25 per hour — minimum wage — to $9 per hour about four months ago.

He still struggles to keep a full staff, he said, and has had to periodically curtail business hours.

“We’ll have just enough folks but if someone gets sick or something, sometimes we have to close the dining room. It’s on a day-to-day basis,” he said.

Collins said enhanced unemployment benefits have a role in his difficulties, but other factors are also at play.

The owner of Whitt’s Barbecue could not be reached last week, but the business has frequently had to reduce hours and temporarily close locations due to staffing shortages. It has posted regular updates on its fluctuating hours on social media. Earlier this month, the business posted that demand for restaurants is surging, but “labor supply is challenged because of heightened unemployment benefits and stimulus checks.”

Data released Friday showed average weekly wages increasing statewide in the leisure and hospitality industry, up $23.17 in April to $384.01.

"Employers in Alabama are responding to labor shortages by raising wages, as to be expected," said state Department of Labor Secretary Fitzgerald Washington.

Bill Wilkes, a professor of economics at Athens State University, joined Ijaz in doubting that enhanced federal unemployment benefits play a significant role in discouraging people from applying for relatively low-wage jobs. Especially in north Alabama, where unemployment rates are well below 3% and comparatively high paid jobs with health insurance are available, he said people are rationally choosing their best options.

The issue, he pointed out, is not simply whether a fast-food employee can get a high-paying job at an employer like Mazda Toyota Manufacturing. Many of the estimated 4,000 workers that Mazda Toyota will hire at its Limestone County plant by the time it opens this year are coming from other local employers who pay slightly less. They in turn have to fill the vacancies, and as the labor backfill continues it provides improved opportunities for even the least-skilled workers.

Wilkes said he suspects the federal unemployment benefit supplement probably did have a deterrent effect on job applications when it was at $600 per week and when the usual requirement that recipients demonstrate they were searching for another job was waived. But the $600 per week supplement ended in December. The waiver of the job-search requirement in Alabama began in March 2020 but ended in January, according to Tara Hutchison, communications director for the Alabama Department of Labor.

Locally, however, unemployment rates in Morgan, Limestone and Lawrence counties are all below pre-pandemic levels. Not only is Mazda Toyota hiring, several of its suppliers and Polaris and Daikin are as well. Amazon is also hiring to staff the Limestone County fulfillment center that’s scheduled to open this fall with 500 employees.

“The unemployment rate is incredibly low,” Wilkes said of north Alabama. “It’s always difficult to get below 3½ or 3%. I really think what we’re seeing is especially younger people are looking at jobs at the beginning of the food chain in manufacturing. That’s precisely what’s happened in Limestone County. These manufacturers are putting a lot of money into both capital and labor. They’re recruiting people.”

Even the lower-wage manufacturing jobs provide experience that can eventually translate into a job with a premium manufacturer.

“Over the last few years the fast-food industry has tried to push, ‘This is not just a job, it’s a career.’ I don’t think they’re getting a whole lot of traction with that,” Wilkes said.

He said industrial growth in Limestone and Morgan counties provide a wide range of jobs with higher pay, benefits and advancement opportunities.

“People see that’s a good way to enter into a career,” Wilkes said.

The upward wage pressure that is leaving many low-wage employers short-staffed is not likely to subside soon, he predicted.

“If Amazon and similar employers are paying $15 to $17 an hour, that will work it’s way down. Lower-paying employers still need people, and they’re going to have to try to match that somehow. That’s gradually increasing the wage level across the board.”

Dev Wakeley is a policy analyst for Alabama Arise, an advocacy group for low-income families. He said Ivey’s decision to reject the federal unemployment benefit supplement does not serve her expressed purpose of eliminating a “labor shortage,” and has a cruel impact on those legitimately seeking work.

He said being frustrated at people for not flocking to low-wage jobs makes no sense.

Ivey's spokesperson Gina Maiola on Friday referred to the state Labor Department questions on whether the rationale for rejecting federal unemployment benefits continues to make sense as unemployment drops and the labor force numbers are stable.

Hutchison on Friday said the rationale for ending pandemic-related unemployment supplements still holds as the effects of COVID-19 ease.

"Alabama’s unemployment rate is dropping, slowly nearing pre-pandemic lows," she said. "We have more job ads available than those who are counted as unemployed. There are no major shutdowns in the state, and no day care restrictions. Vaccines are available to all adults. Employers and businesses are struggling to find enough workers. There are plenty of available jobs in Alabama."

Wakeley said more people could be pulled into the labor force with prudent state policies.

“There are a lot of people in Alabama that simply can’t afford to take one of these low-paying jobs. If you’re looking at child care costs for one preschooler, you’d be paying literally your entire paycheck just to have somebody watch your child while you’re at work,” he said. “Expecting people to do that is just not based in reality.”

"Government" forces businesses to close or reduce hours over a virus.

No one coming in to buy products/services yields no revenue for business owner.

Laid-off employees not only get unemployment, but "Government" gives additional money.

Yet, covid money is not the cause of labor shortage ?

It's economists like these that get us into fiscal quagmires. And then blame it on something else.

Help is scarce because workers get paid to stay home. Stop the ridiculous "handing out" money to people. It has been over a year since COVID hit. Everyone has had time to make adjustments and adapt to what has happened. If you have not then that is on you!!

These "experts" are academics. They don't work in the real world. Believe the business owners who are in their stores every day, not the "eggheads" with their lofty theories.

Buoyed by allied summits, Biden ready to take on Putin

Record rise in US wholesale prices

May retail sales fell 1.3% as Americans spend less on goods