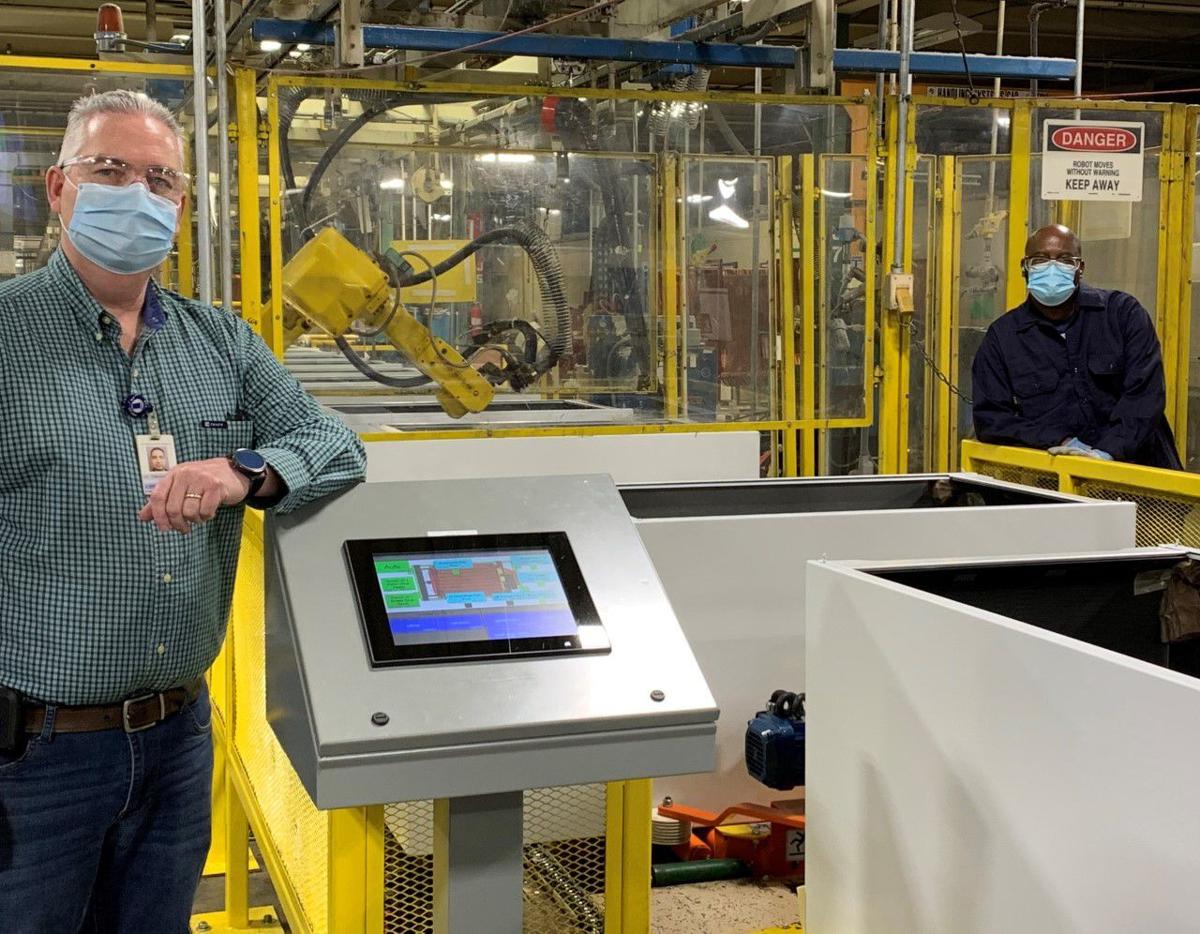 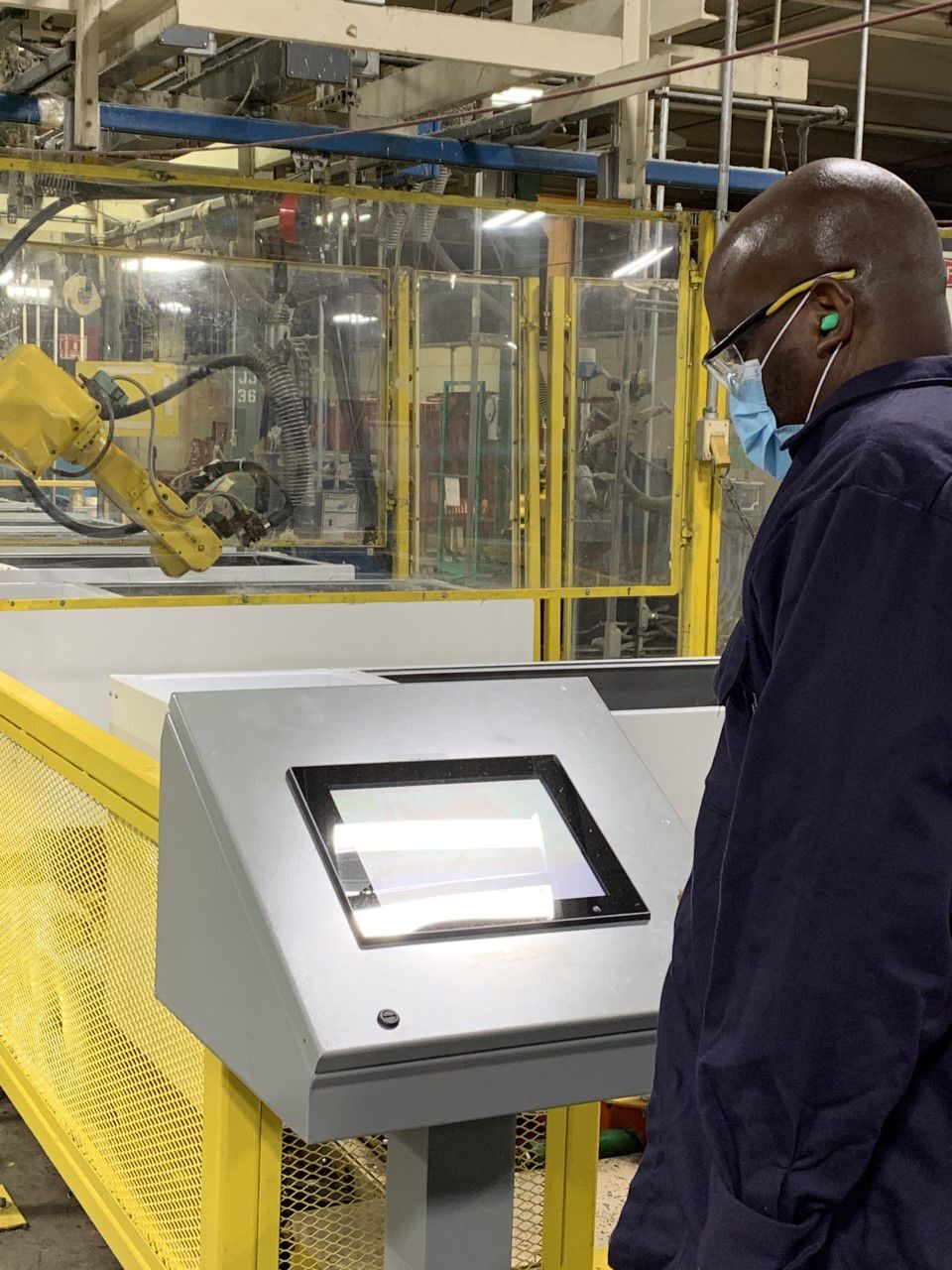 Controlman George Suggs stands at the controls for the new equipment on the refrigerator case line. [COURTESY PHOTO] 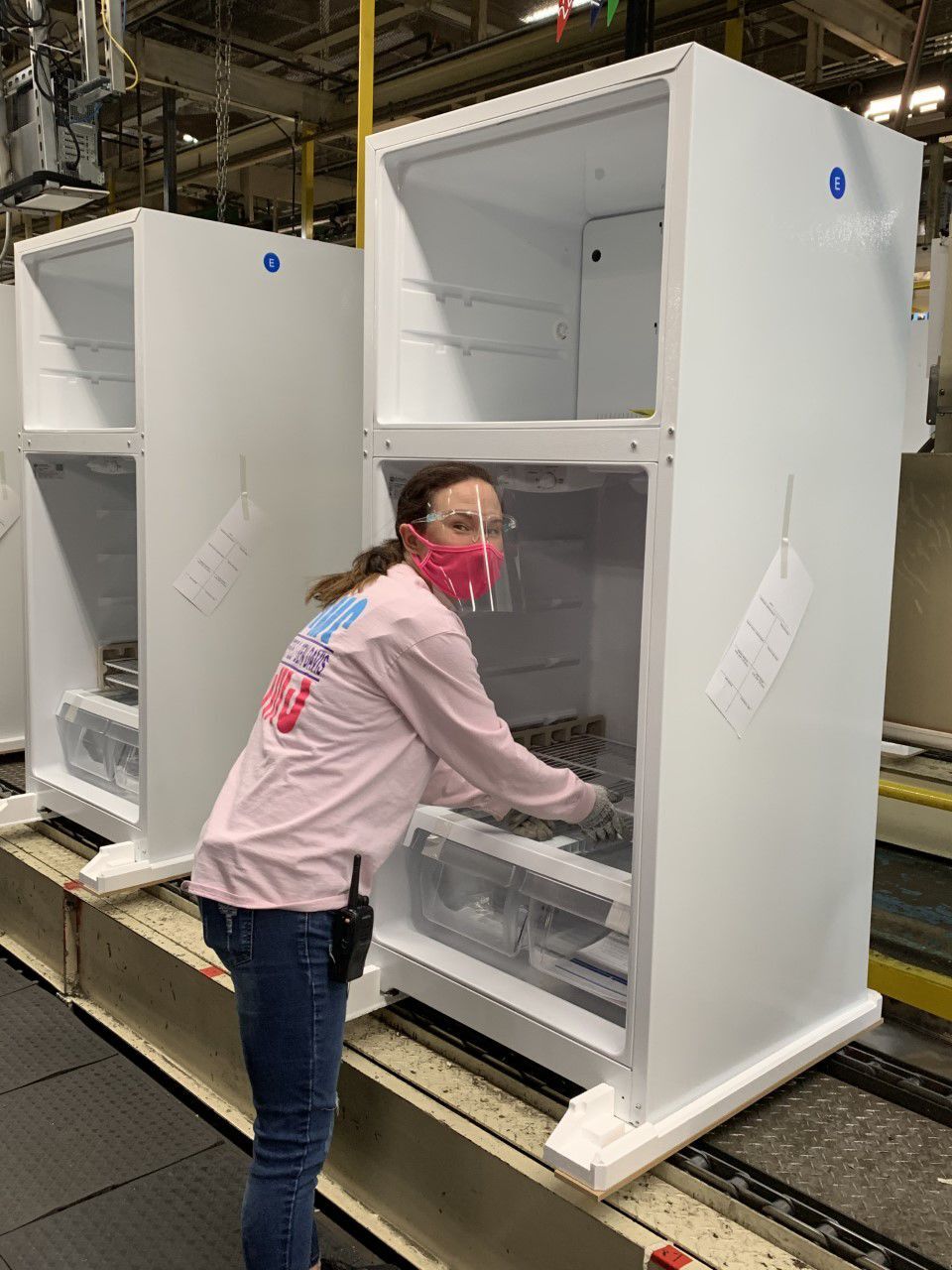 Controlman George Suggs stands at the controls for the new equipment on the refrigerator case line. [COURTESY PHOTO]

The Decatur GE Appliances plant had record production in 2020 and is expected to surpass that output this year as factors including the pandemic prompt strong demand for its top-freezer refrigerators.

The 43-year-old plant produced “10% more units than the previous two years,” said Renee Story, manager of the Point Mallard Drive Southeast facility. Also, the plant made 25,000 more units than in 2005, the year of Hurricane Katrina, which was the plant’s second biggest production year, she said.

“The most common type of refrigerator sold in the U.S. is what is made at GE Appliances’ plant in Decatur,” said Julie Wood, the company’s senior director-corporate communications. “The flooding and destruction of Hurricane Katrina drove the need for many replacement refrigerators (in 2005).”

Story expects yet another record to be set this year.

“We’re still working to meet all the demand,” she said. The company doesn’t provide production numbers for competitive reasons.

The plant was positioned for increased demand because a $125 million investment wrapped up at the Decatur location early last year. The expansion created 255 new jobs, bringing total employment to 1,325, and increased production capacity by 25%.

The Decatur facility is Morgan County’s largest industrial employer at a single location, according to Jeremy Nails, CEO of the Morgan County Economic Development Association.

“They are one of our legacy companies that continue to reinvest in their facility to keep it competitive by using the latest in advanced manufacturing technology,” Nails said. “We are fortunate to have them in our community.”

According to the company’s latest economic impact study, the Decatur plant is expected to contribute $2.2 billion to the gross domestic product for the period from 2018 to 2023.

Story credits the workforce for putting in extra hours to keep pace with the greater demand.

“We had employees willing to come in early, stay late, whatever it took because they understand the need for our products,” she said, adding there were “a significant number of production Saturdays” last year.

Story said that during a holiday shutdown of the plant in December, which typically lasts a week to a week and a half, equipment technicians, engineers and maintenance employees worked on modifications to equipment that fabricates cases and doors and interior parts for its refrigerators in an effort to improve cycle times and uptime.

The plant, which makes models ranging from 16 to 22 cubic feet in size, is a “super site” for GE Appliances top-freezer refrigerator production, according to Wood.

“Early in the pandemic, we saw record demand for freezers and refrigerators,” Wood said. “The rest of major appliances contracted for a few months. Then, the longer people stayed home, the entire suite of appliances has seen strong demand since June, with shipments being capped by availability.”

She said low interest rates are driving new home construction, and greater interest in remodeling and home improvements — along with new technology offerings like sanitization cycles — has sparked appliance orders.

Story said GE Appliances “paused" operations for one week early in the pandemic to enhance safety precautions like installing barriers at workstations as needed and instituting temperature checks and sanitization procedures. Jobs and work spaces were modified to allow for at least 6 feet of space between employees as they work and, if that wasn’t practical, commercial-grade dividers, face shields and other measures were implemented.

Every person entering the facility must go through touchless temperature screening, and employees have been wearing masks at work since April 20.

Employees received a new wage and incentive package last year, with the starting salary increasing from $14 to $15.50 an hour and improved wages for all production and maintenance employees. Most employees have been hired since 2005, and those hired since 2005 will gain $14,500 on average over the next three years, according to Wood.

The Decatur facility manufactures GE and Hotpoint brand top-freezer refrigerators. GE Appliances, which is headquartered in Louisville, Kentucky, was acquired in 2016 by the Haier Group, a China-based appliances company.

Charting the path to a title for Decatur Heritage boys, Hatton girls and Hatton boys

US still open to Iran nuclear talks after Iran's rejection