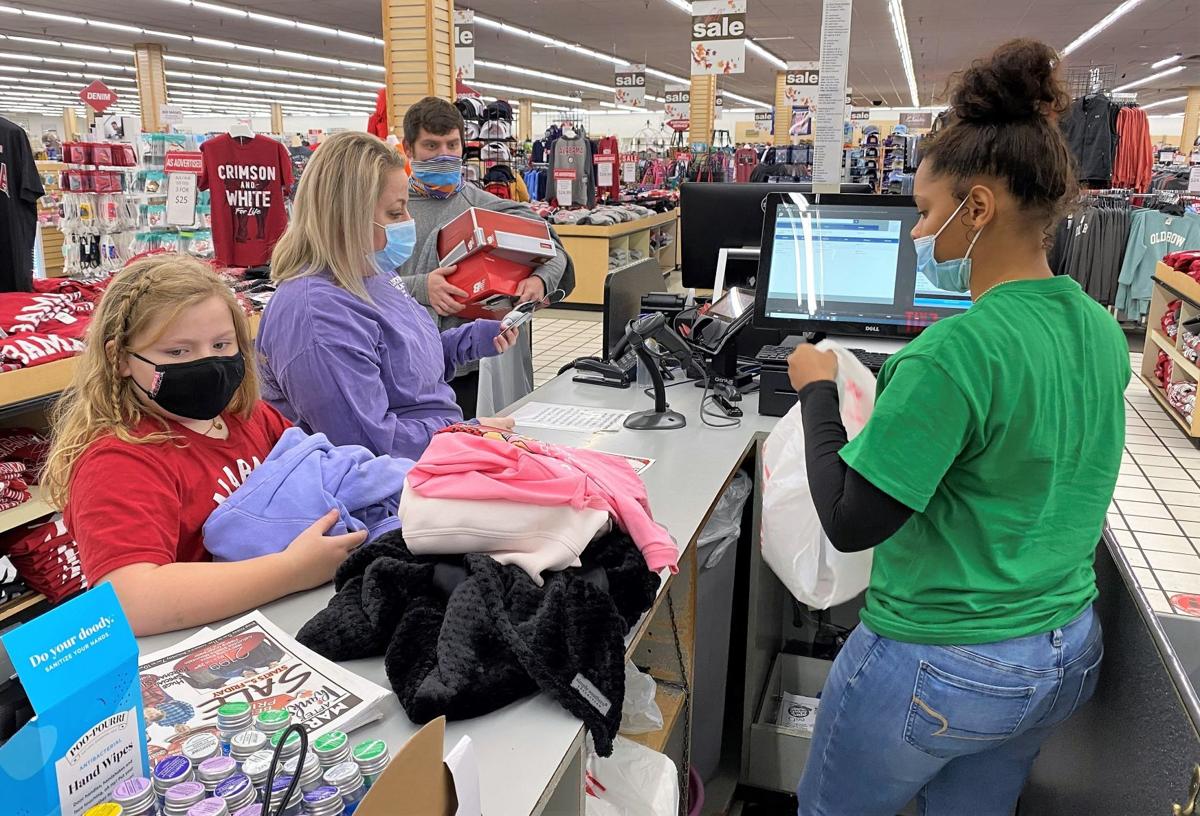 Brileigh, left, and Brooke Cummings of Decatur are among the first Black Friday shoppers to pass through cashier D’Asia Peck’s line at Martin's Family Clothing at 5:14 a.m. Dustin Bowman of Trinity follows in line with shoes and athletic apparel. [MICHAEL WETZEL/DECATUR DAILY] 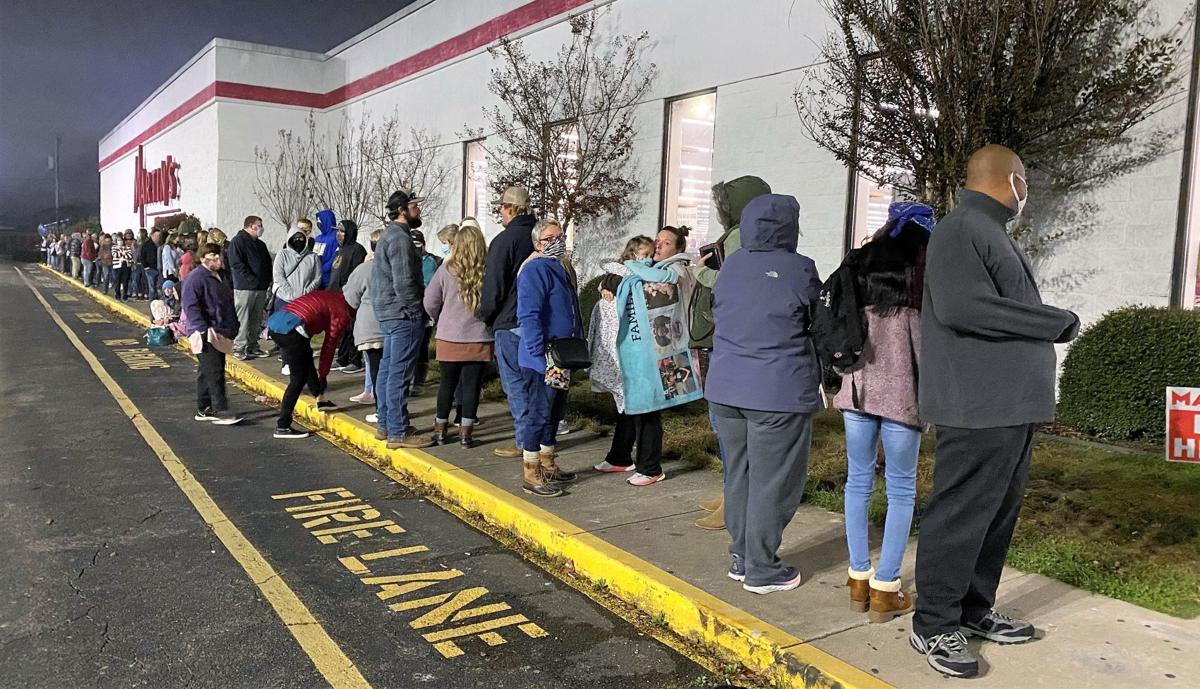 More than 200 people were waiting outside when Martin's Family Clothing store in Decatur opened its doors at 5 a.m. Friday. [MICHAEL WETZEL/DECATUR DAILY] 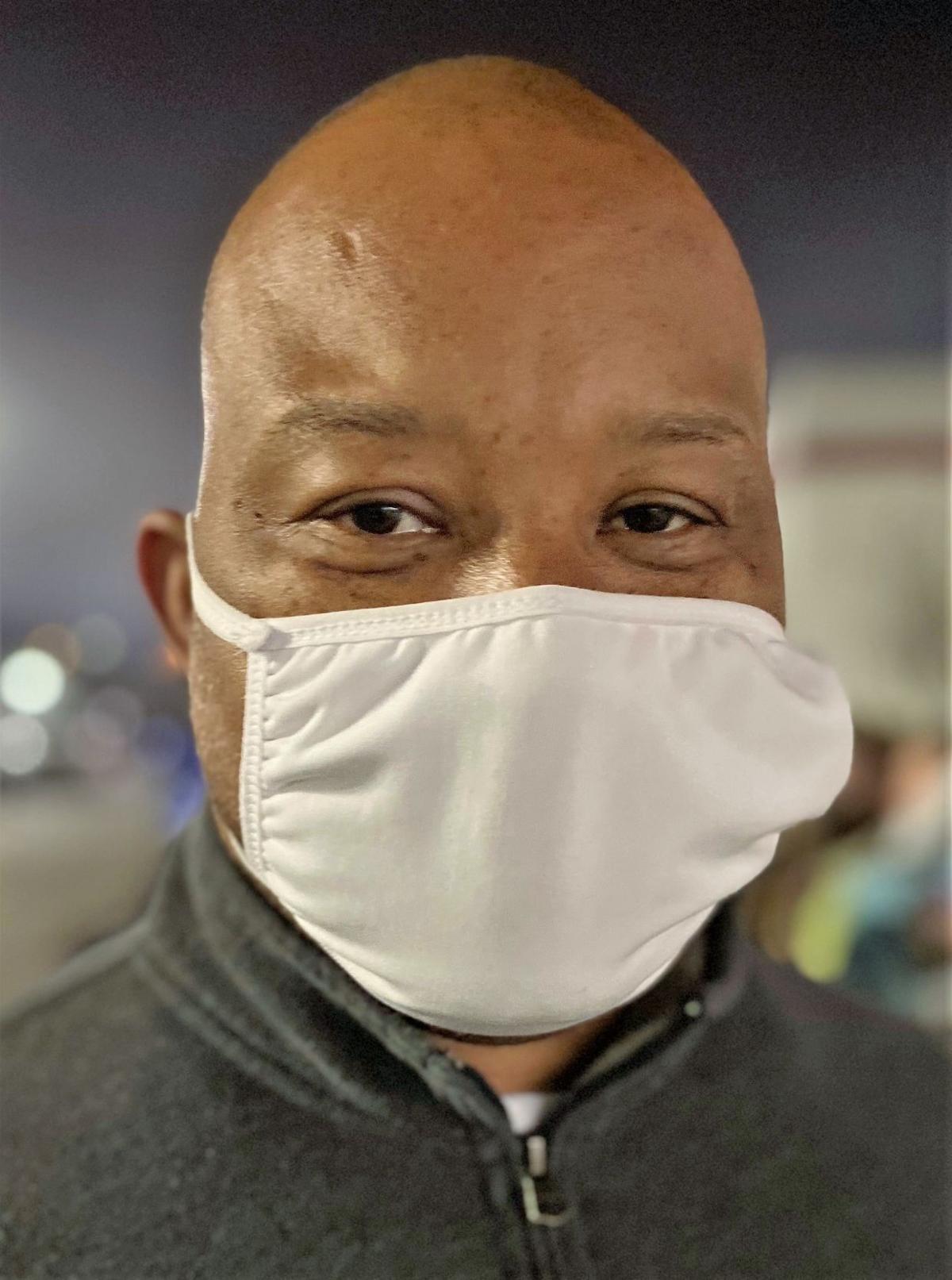 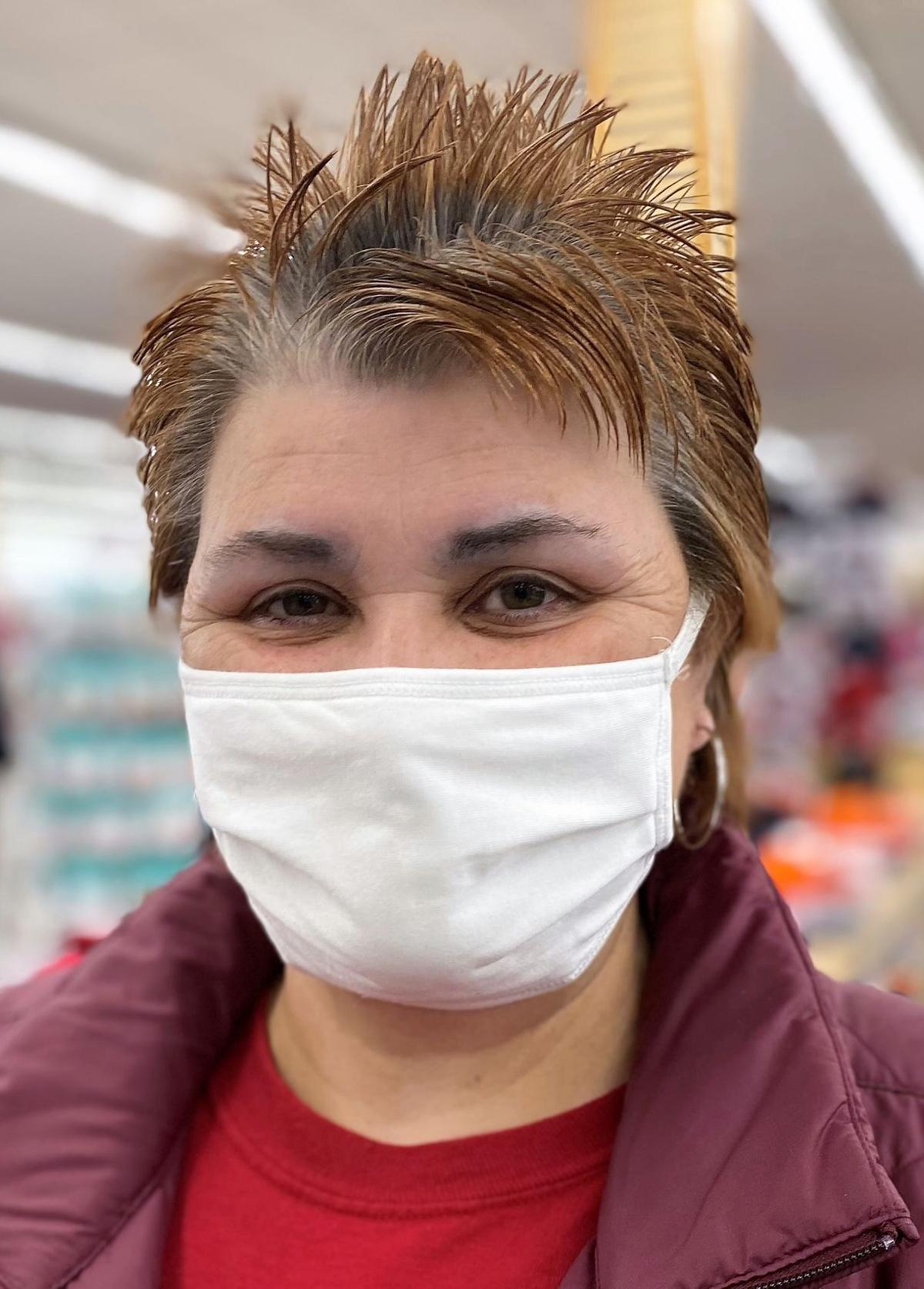 Brileigh, left, and Brooke Cummings of Decatur are among the first Black Friday shoppers to pass through cashier D’Asia Peck’s line at Martin's Family Clothing at 5:14 a.m. Dustin Bowman of Trinity follows in line with shoes and athletic apparel. [MICHAEL WETZEL/DECATUR DAILY]

More than 200 people were waiting outside when Martin's Family Clothing store in Decatur opened its doors at 5 a.m. Friday. [MICHAEL WETZEL/DECATUR DAILY]

The Decatur area didn’t have stampedes of shoppers on Black Friday, but some stores still attracted lines of 50 to 200 patrons waiting for doors to open to kick off the traditional holiday shopping season.

Retailers and consumers alike pointed to the COVID-19 pandemic for the decrease in customer traffic. Nationwide, Black Friday crowds were muted, too.

More than 200 customers were in line when Martin’s Family Clothing store in Decatur opened its doors at 5 a.m. The number paled compared to the about 500 outside the store at last year’s Black Friday opening.

At Belk at the Decatur Mall, about 50 people entered the department store when doors opened at 7 a.m. Last year more than 150 were queued and waiting.

“I was really shocked to see the long line,” he said. “I didn’t expect that many. But because of COVID we’re not seeing a lot of larger groups of six or seven women shopping together as part of extended families. We’re seeing (groups of) twos and threes. People just aren’t traveling for larger gatherings this weekend.”

All but about six Martin’s customers in line wore masks outside and most were social distancing.

Home Depot in Decatur had less than a dozen customers in line when the store opened at 6 a.m., but a long line was intentionally avoided, said a store official.

“We weren’t looking for a large group of people in close contact with each other this morning,” he said Friday. “But business has been good. Home security seems to be paramount this year. Milwaukee and DeWalt tools and drill kits are popular, too.”

Minutes before Home Depot in Decatur opened, the first person in line, Patrick Graydon, 41, of Somerville, said he was looking for a paint sprayer. He was encouraged to see people practicing social distancing and not being in a large crowd.

Wykiki Davis of Decatur was first in line at Belk but didn't have a long wait. "I knew COVID would probably hurt the crowds today," she said Friday. "But it's worth getting out. I have my mask on and there are a lot of great bargains." She said she was shopping for boots and a jacket.

Two other shoppers at Home Depot, Joshua Jackson of Somerville and Kacey Blankenship of Moulton, said they're experiencing more online shopping, too.

“My wife does a lot of shopping online, and with the pandemic that’s why we are seeing smaller crowds,” said Jackson, while loading gift items into his truck in the parking lot about 6:20 a.m.

Blankenship, who was on a solo shopping trip, said she was purchasing poinsettias for her mother, who decided not to brave the pandemic issues and social distancing in stores. “We’ve shopped online more so this year,” she said.

That is the national trend, too. More deep discounted deals are online, and businesses are offering features like curbside pickup and local delivery to help boost sales.

Nationally, Black Friday sales are projected to generate $10 billion in online sales, up 39% from last year’s figures, Adobe Analytics reported to The Associated Press. Sales on Monday, also known as Cyber Monday, are projected to reach $12.7 billion, an increase of 35% over last year’s total.

“Black Friday is still critical,” Neil Sanders, managing director of GlobalData Retail, told The AP. “No retailer wants it to be tarnished. It’s still vital to get their consumers spending and get consumers into the holiday mood.”

The strategy of getting out of bed early on Black Friday and racing to the brick-and-mortar stores continues to be appealing to shoppers.

Thomas Sykes and his sister-in-law arrived at Martin’s at 4 a.m. and found themselves at the front of the line. His shopping list was short: an Alabama T-shirt.

“This is the first time I’ve ever gotten up early to go shopping,” he said. “It’s pretty interesting talking to all the people and everybody seems to be wearing masks, but I’m not sure I’ll be doing it again next year.”

He said he planned to go eat breakfast after finishing at Martin's and head back to his house and go to sleep.

Dustin Bowman of Trinity purchased athletic apparel and a couple pairs of shoes. He said he was shopping early to get a good selection. He said people need to be vigilant about following protocols dealing with the pandemic.

“Do what we’re told and practice social distancing. COVID doesn’t have to be a death sentence. But I thought the line out front would be shorter than it was,” he said about arriving at Martin’s at 4:45 a.m.

Pamela Campbell of Elkmont said she got in line about 4:35 a.m. with eyes on buying Columbia shirts and a sweater with her 50% off coupon given to the early bird shoppers at Martin’s. She said she, too, was surprised to see the long line in front of the store when she arrived at 4:35 a.m. The threat of COVID-19 decreased her Thanksgiving dinner crowd from 25 to 4, she said. “And our family Christmas party has already been canceled,” she added.

Some Black Friday shoppers said they have found bargains online and were encouraged they didn’t have to fight the crowds. But not everybody was happy with the thinner crowds and lack of the usual excitement created by frenzied shopping excursions.

"It's different. It's not as much fun this year. I miss the crowds and people watching," said Rose Gann, while shopping at Kohl's with her friend Bridgett Calvert at 6:30 a.m.

Another rally on Wall Street erases losses for the week

Migrant camp along Texas border shrinks as removals ramp up

US jobless claims tick up from near a pandemic low