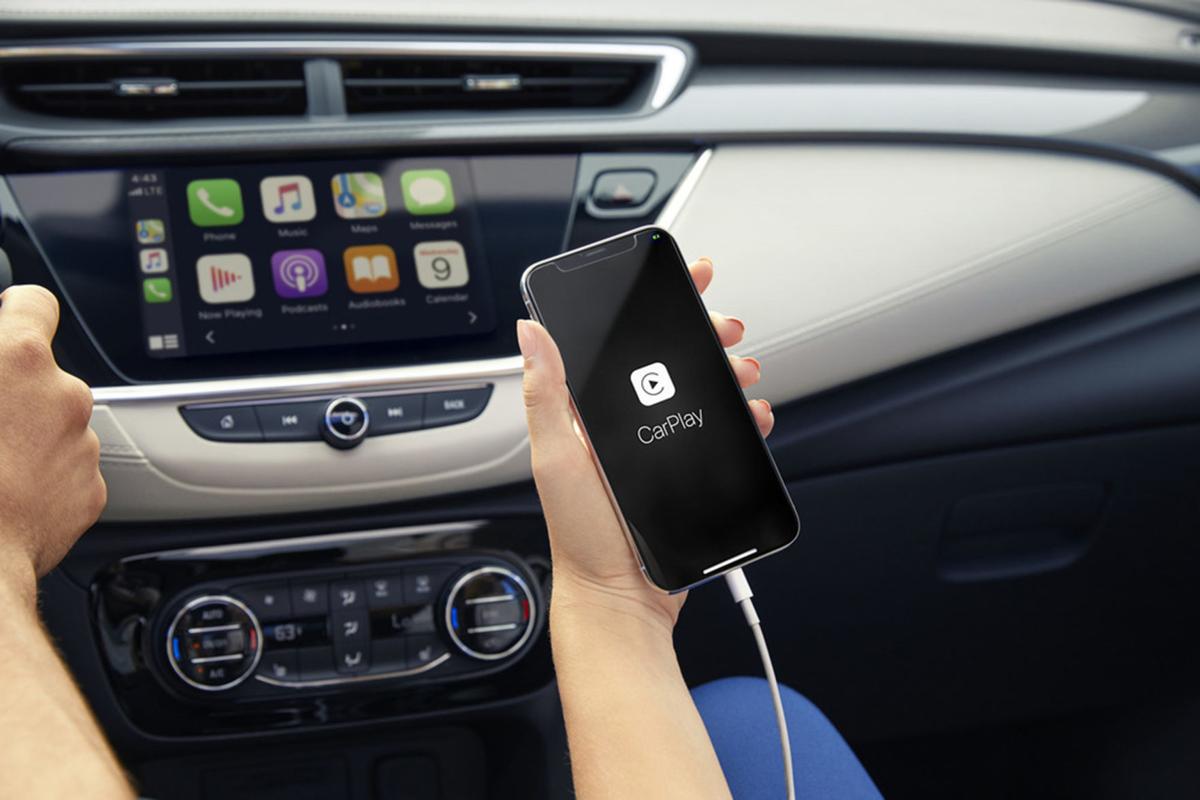 Buick possesses some truly fantastic model names that it no longer uses, including Electra, Invicta, Centurion and Apollo. These days, the brand's crossover sport utility vehicles all start with the letter "E," with its most popular model being the diminutive Encore, a subcompact crossover SUV with a dollop of Buick luxury that accounted for nearly half of Buick's U.S. sales last year.

So what is Buick doing for an encore to the Encore? Releasing a larger compact crossover SUV dubbed the 2020 Buick Encore GX.

Hmmm. That ought to sow some confusion.

The same trick didn't work for Oldsmobile, when some GM genius decided that if one Oldsmobile Cutlass sold well, three different models named Cutlass would sell even better. (For the record, they were the Cutlass Supreme, Cutlass Ciera and Cutlass Calais.) It worked so well that Oldsmobile is no longer with us.

Given that, you have to wonder why Buick's new Encore GX, an all-new vehicle built on different architecture from the Encore, shares its name but little else. Instead, the Encore GX's genetics are shared with the equally new 2020 Chevrolet Trailblazer.

Names aside, the Encore GX's wardrobe eschews any semblance of old-school Buick, opting instead for a compendium of stylishly modern sculpted flanks that are fetching and sporty, if a bit generic. Its size is perfect for urban duty, and more accommodating for corn-fed Americans than the Lilliputian Encore.

Inside, you'll find an equally modern cabin that's surprisingly spacious and inviting thanks to some options that gussied things up a bit, like the $1,500 Experience Buick Package, which adds a power moon roof along with 18-inch wheels, and the $770 High Gloss Convenience Package, which adds automatic parking assist, wireless charging, rear camera mirror and rain-sensing windshield wipers. Finally, there is the Advanced Technology Package, which adds high-def surround-view camera, head-up display and adaptive cruise control. It's all set in a cabin that's clearly more premium than its Chevrolet sibling, but you'd hard-pressed to call it luxurious. Certainly, it's functional and easy to live with, and can be optionally fitted with leather seats, a heated steering wheel and an ionizing air filter.

Not that the Encore GX isn't blessed with a dose of hefty standard equipment, such as forward collision alert, automatic emergency braking, front pedestrian braking, lane keep assist, lane departure warning and a following-distance indicator. Rear cross traffic alert and lane change alert with side blind zone alert are optional. And it keeps you connected with standard Android Auto and Apple CarPlay support, and Bluetooth that can pair two phones at the same time. Wireless charging is optional. And the SiriusXM audio system can stream live events and on-demand programs.

Enhancing the Encore GX's modern looks, premium cabin, perfect size and high technology quotient are thoughtful interior touches that make it the perfect automotive life partner. Despite its 171.4-inch length, there's 25.4 cubic feet of storage space. If you need more, the folding second row is split 40/60, with the narrower section behind the driver's seat to better accommodate an 8-foot long item angled from the folding front passenger seat to the rear driver's side. And the cargo floor is height adjustable, able to provide more under-floor storage or become level with the folded seats. It's more flexible than your loved ones.

And when it comes to move, you'll find the Buick to have a uniquely captivating demeanor.

Many automakers portray their petite crossovers as urban warriors, mainly due to their smaller size. That's true of the Encore GX; its size and tight turning radius make it easy to maneuver in the cut-and-thrust of urban motoring warfare. If you can, opt for the larger power plant and all-wheel drive. This gives you the most power and the nine-speed automatic, which is preferable to the CVT. There's plenty of power off the line, more so at speed, thanks to minimal turbo lag. That said, there's an abundance of engine vibration, particularly around town, which explains why a massaging seat isn't optional; you don't need one. You'll always have one. The vibrations aren't bothersome, merely a reminder that you're driving a motorcar, something that's evident in some of the world's great classic sports cars. It's rare to feel vibrations these days, but welcome in a vehicle that feels so lively and energetic while delivering self-assured handling.

That said, there is body lean in corners, but it's far from excessive. Yet that's what makes its highway demeanor equally surprising; it's very much the gifted long-distance cruiser, something not generally true of smaller vehicles. It delivers a surprisingly hushed ride, something expected of a Buick, but unexpected given its energetic demeanor.

It makes for a charming little crossover bruiser cruiser, one perfectly adept at fighting it on city streets or ooze down the interstate. Its personality is unique, and well worth sampling. Once you do, you'll be hooked, no matter what Buick calls it.

Column: Let's welcome Baffert to the Doping Hall of Infamy

Reunion Tour: College teammates getting back together in NFL