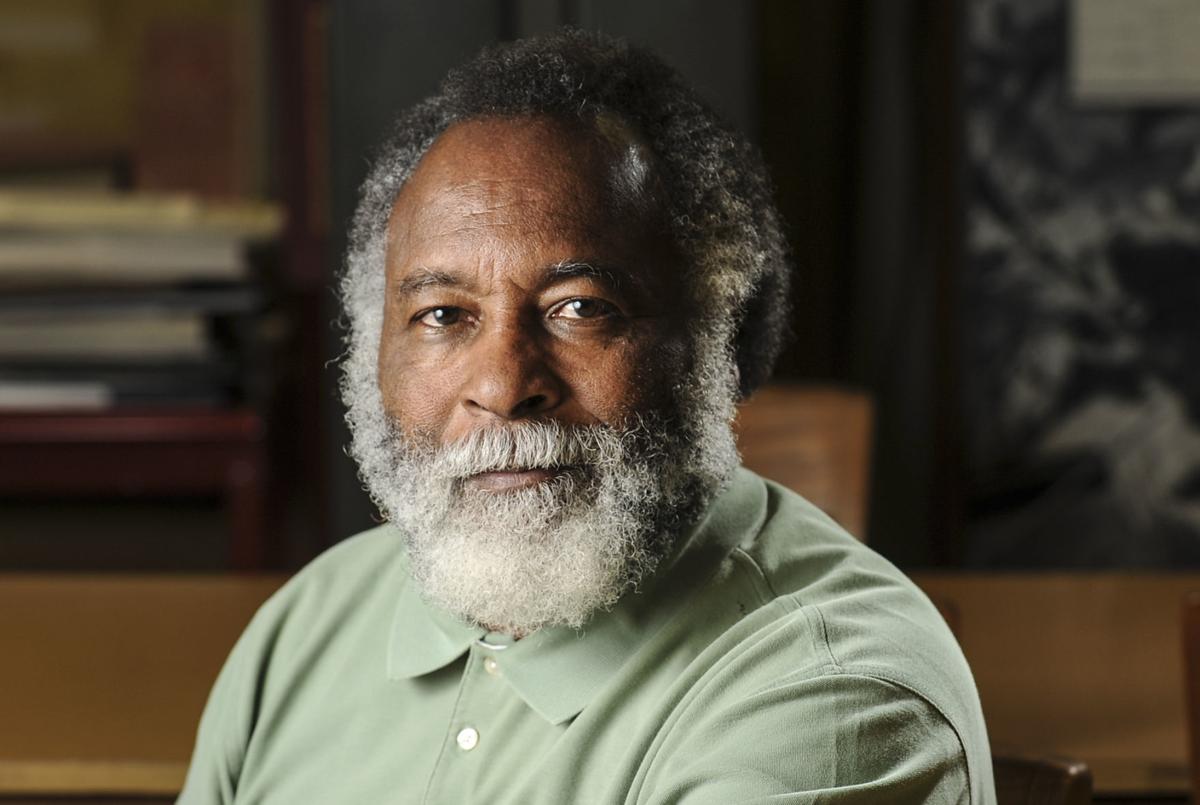 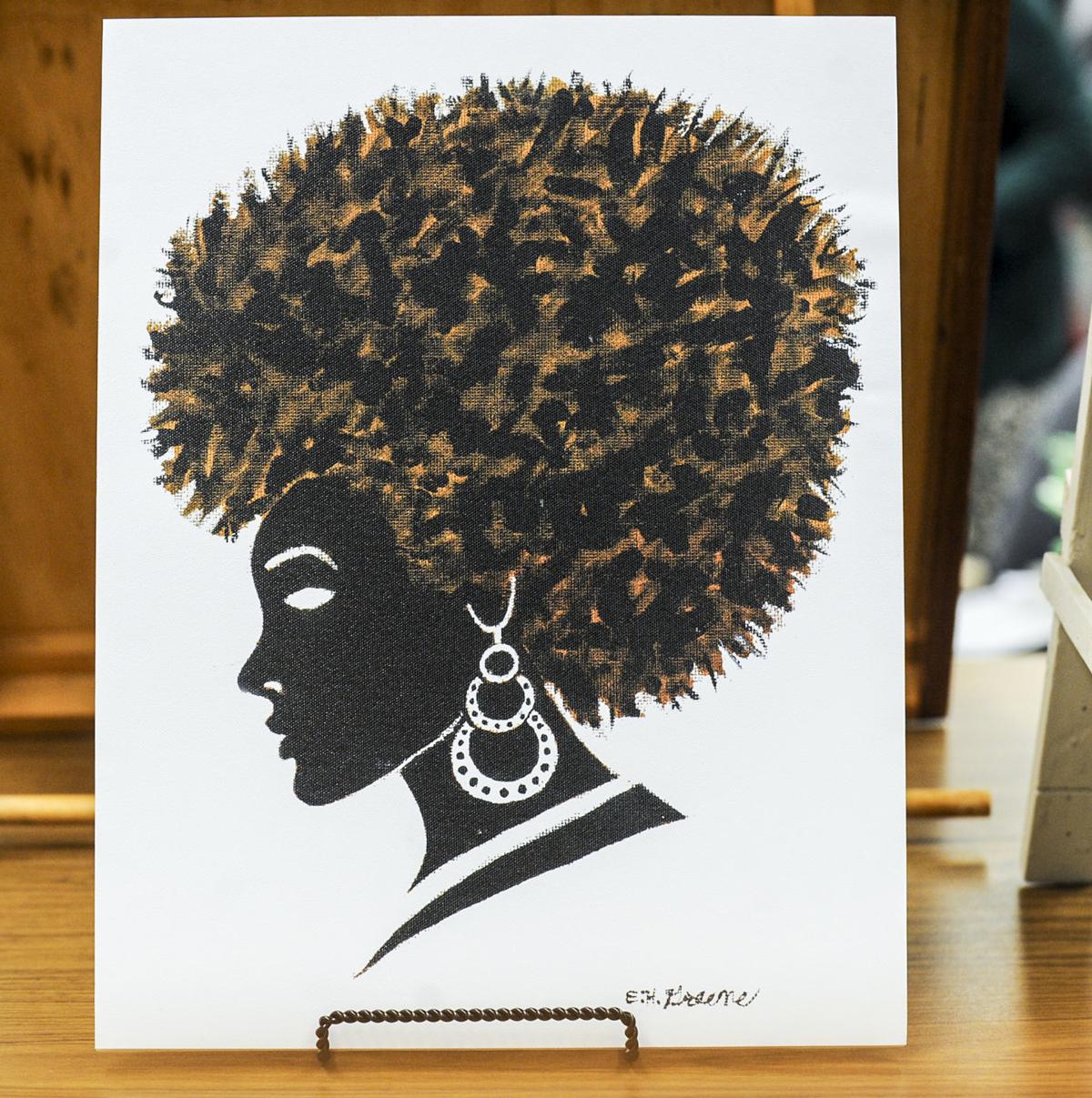 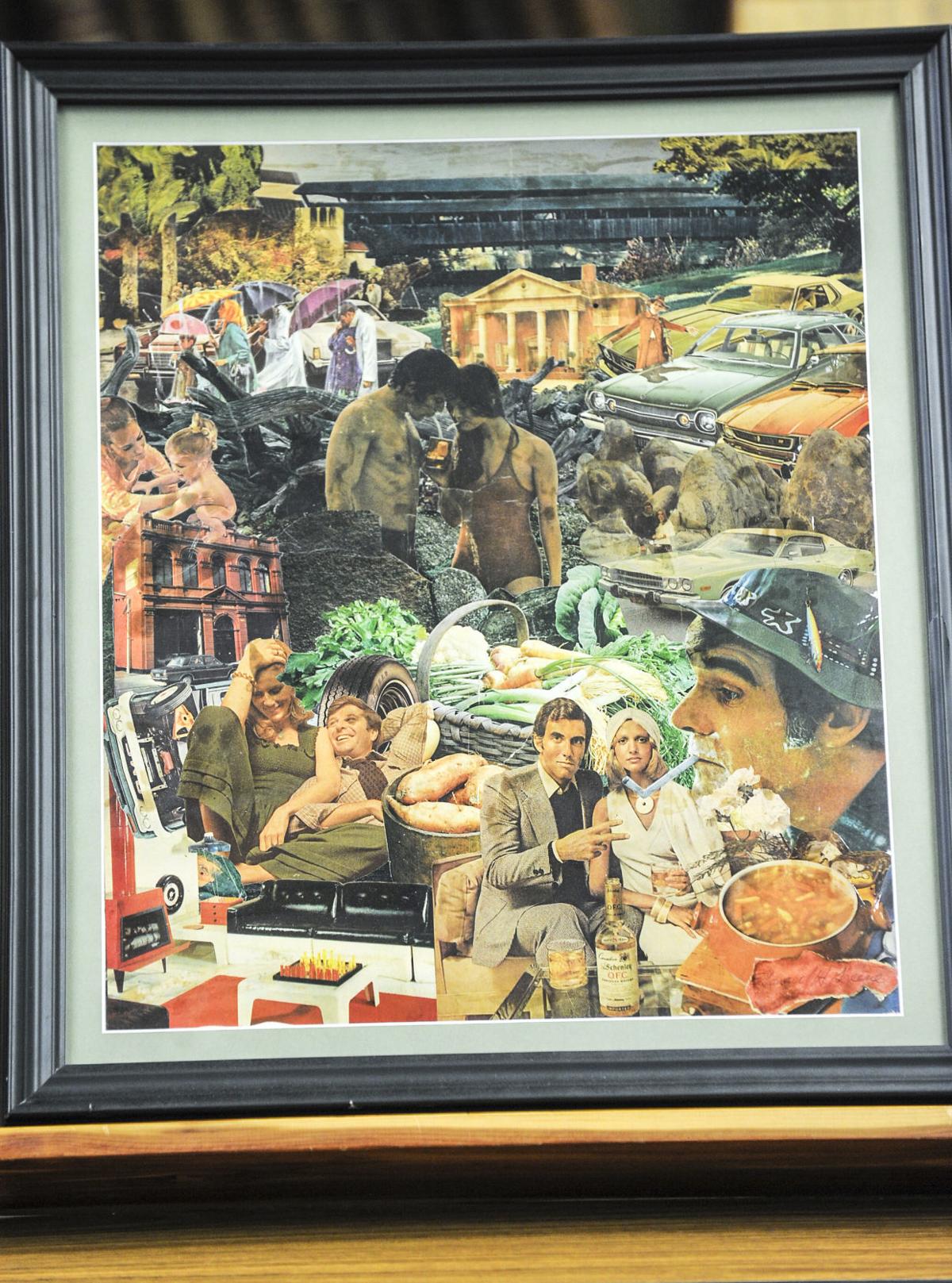 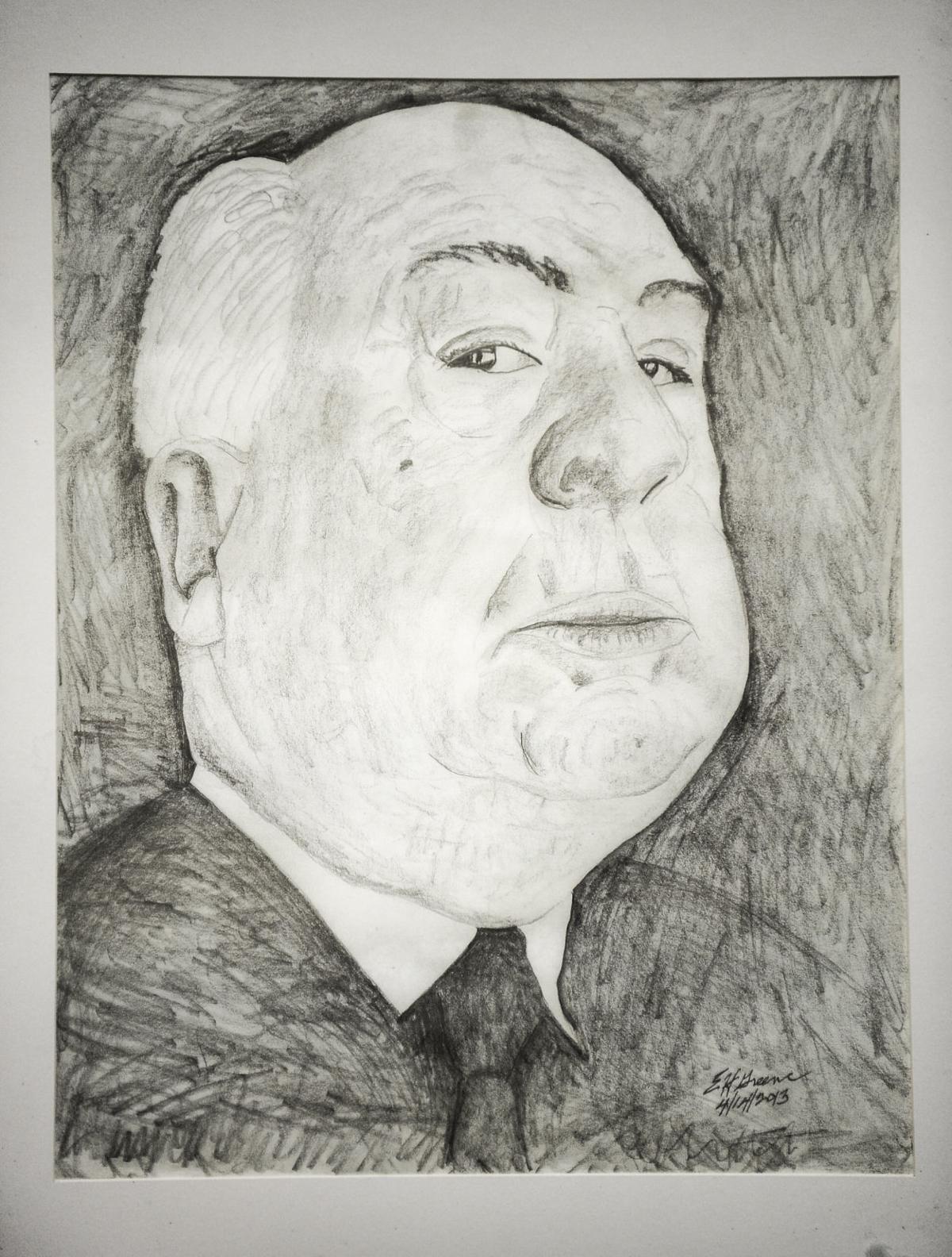 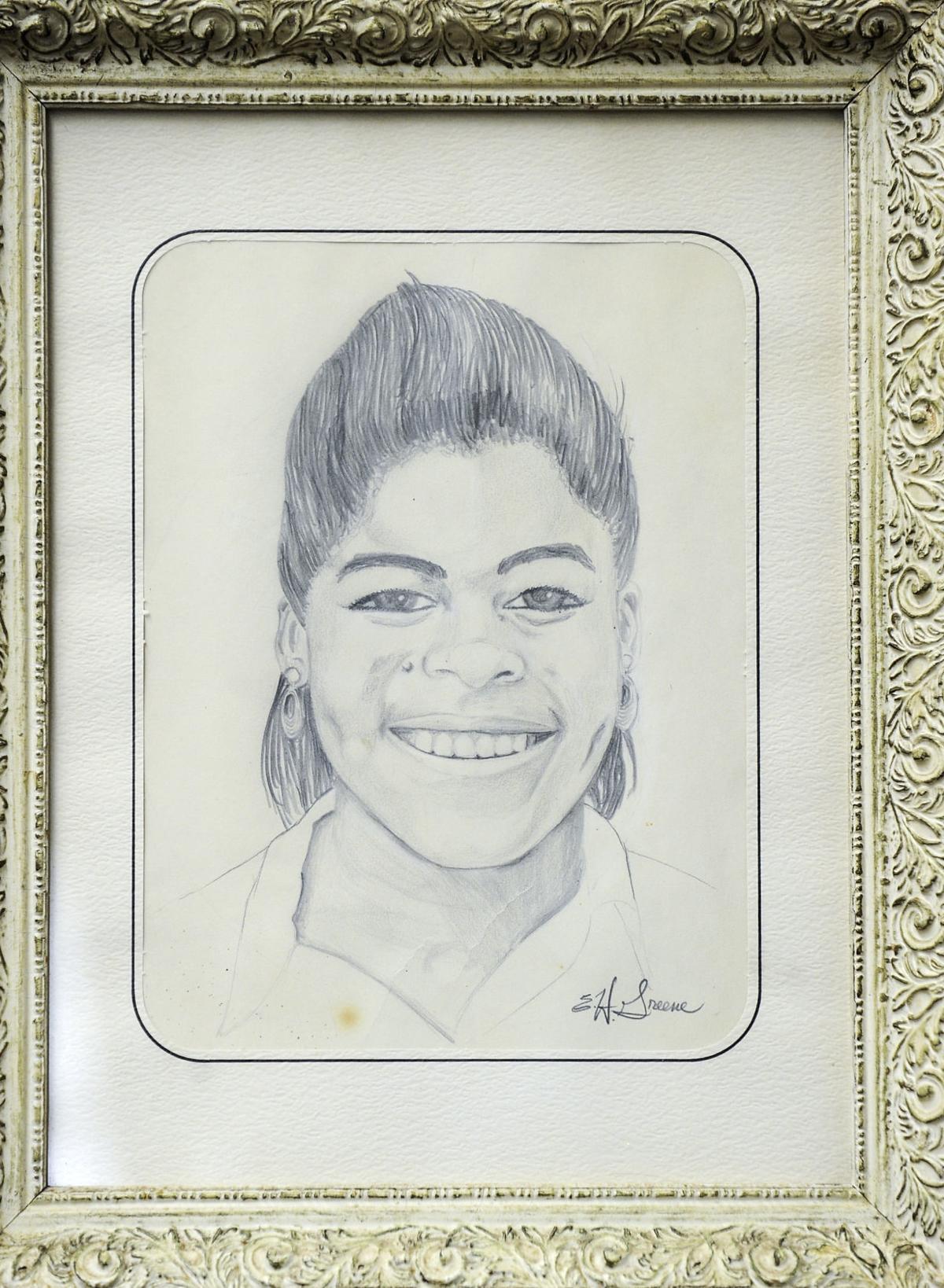 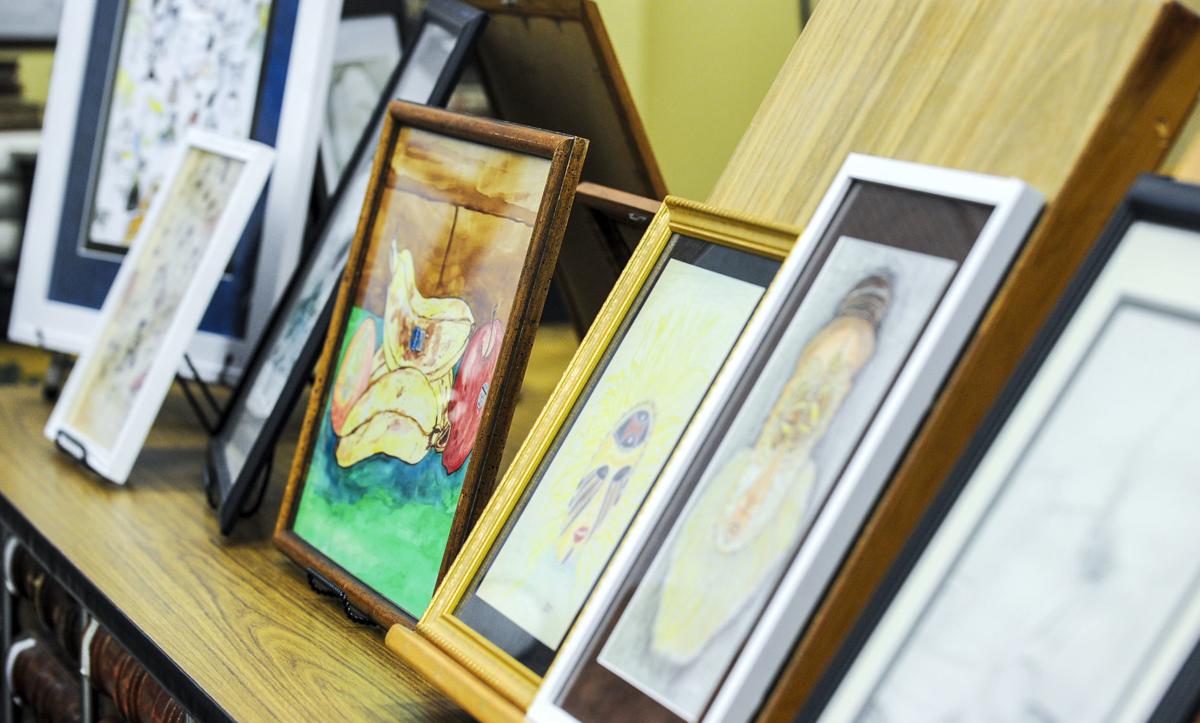 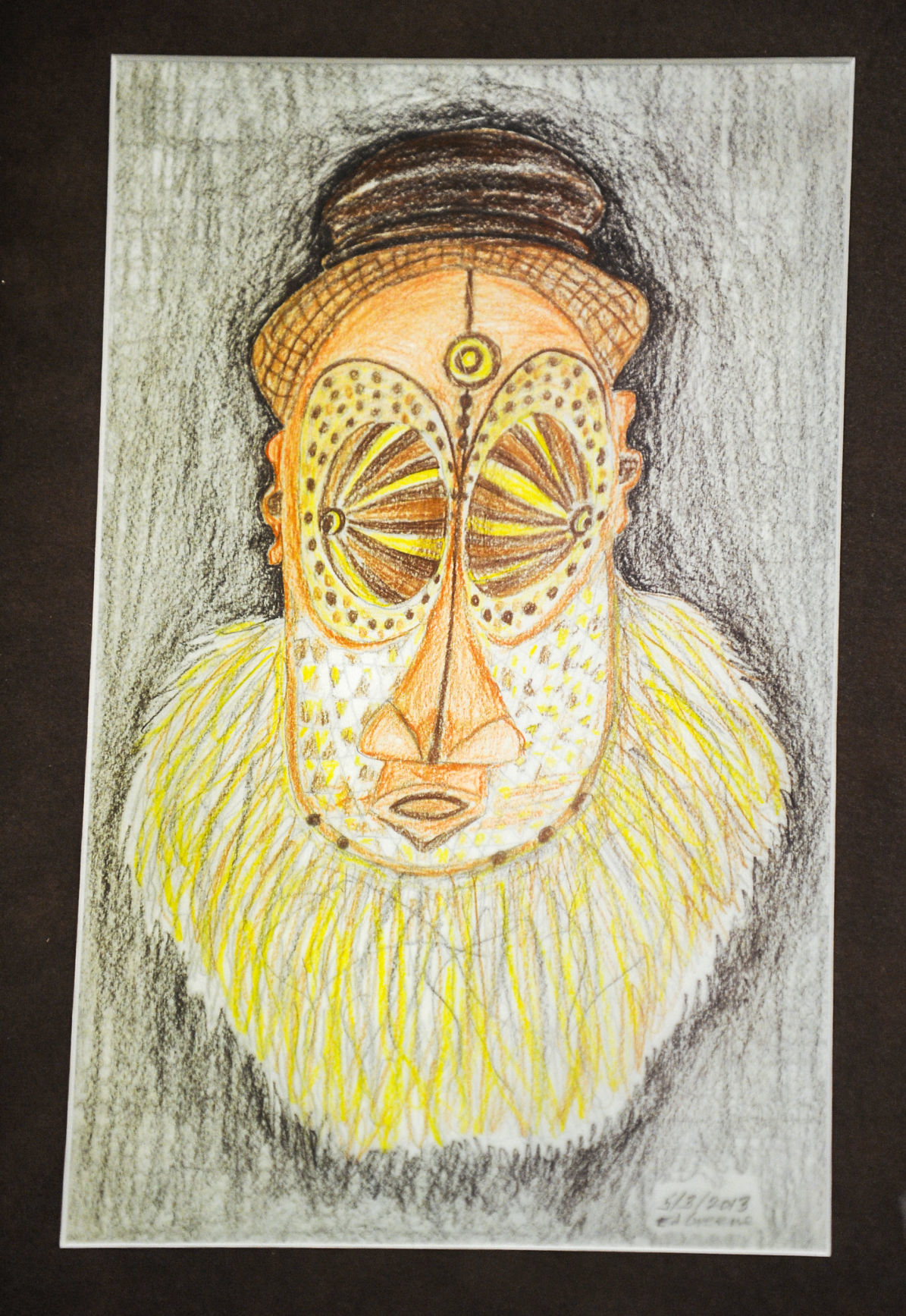 With pencil, watercolor, tempera and paper, Ed Greene, a chemist by trade and artist by hobby, creates pieces that transcend style, technique and medium.

A representation of Greene’s work from the last 50 years, from realistic drawings to cartoons done in ink to paper collages to cubist paintings, are currently on display at the Morgan County Archives.

“Some of this stuff, the public has never seen before,” the Somerville man said. “I had them at the house, behind my couch. When this show came up, I started pulling them out from behind the couch to see which ones I liked.”

Each piece carries a story, from the painting of a pool table — “I used to be a pool shark before my eyesight got too bad” — to the watercolor of fruit — “I was always fascinated with the way bananas change color” — to the profile of a woman’s head.

“This was a redo of one I did 50 years ago at school. My German instructor had some of my work at her house and a friend of hers came over and said he had to have one of my pieces. I normally hated selling my work, but I was a student and it was rent time. I told her to tell him to pick what he wanted and send me $20,” Greene said. “Later I found out he lived in a castle in Switzerland. I should’ve asked for more.”

A natural artist, Greene created his first piece at the age of 2 after seeing one of his uncles draw the profile of a man with a cigarette in his mouth. Mimicking his uncle, Greene picked up the pencil and drew the same profile.

“I didn’t start with stick people. I only learned how to draw stick people a couple of years ago,” Greene said with a laugh. “Once I started drawing, I just kept on doing it. I loved the creativity and the challenge of it.”

Greene, who instead of playing with his toys preferred to draw them, won his first art award in second grade, finishing second in an Orlandowide poster contest for Dental Health Week.

The recognition of Greene’s art extended into high school. As a senior, he competed against professional artists and won honorable mention. One of his unfinished sculptures, entered into a competition by his teacher, won third place. And his high school, Hungerford High in Orlando, named him the best art student in the history of the school, which served students from 1889-1967.

“If I had gone to a college with an art major, I might have decided to do art professionally, but I went to a small, private college that didn’t have an art major. I studied chemistry instead,” Greene said.

Going into his senior year at Bethune-Cookman College, Greene was drafted by the Army and served in Germany, where his commander commissioned him to create four paintings. Given three days to complete the paintings, Greene finished the works, which featured the profiles of four individuals, in three hours.

After returning from military service and studying a year at the University of Florida, Greene secured a job at Monsanto in Decatur, worked as a forklift operator at Delphi Saginaw and retired in 2006 from a General Motors auto assembly plant. During the past 14 years, he worked as a substitute teacher, often covering art classes.

“A lot of times, the kids will be doing a project and I’ll do the same project and put my own touch on it,” Greene said.

Three of the pieces currently on display at the archives — two colored pencil drawings of African masks and a Picasso-inspired drawing of a face — stemmed from Greene’s work at the now-closed Brookhaven Middle and renamed Cedar Ridge Middle.

Other works on display include a pencil drawing of Greene’s mother at 16, a tempera and watercolor self-portrait, a drawing of a chemist’s lab bench and a watercolor of a bluebird, which Greene completed while serving as a counselor for adult cancer survivors at Camp Bluebird.

“The bluebird is our mascot. I saw a painting at camp that had two bluebirds in it. I borrowed that painting for an hour and a half and created my own painting,” Greene said. “I made copies out of my own pocket to sell as a fundraiser for Camp Bluebird.”

Greene’s work will remain on display at the archives on Bank Street through Feb. 28.

Along with Greene’s art, an exhibit on George Washington Carver’s connection to Decatur is housed at the archives. Wylheme Ragland, Frederick Kennedy and James Nicholas curated the exhibit, which is on display through February.

The exhibit features photographs of Decatur’s Gibbs Street School, which was renamed Carver Elementary, stamps issued in honor of Carver and books about Carver.

“We want our city to understand and appreciate the legacy of Dr. Carver and his impact on Decatur,” Ragland said. “We want to shout from the mountaintops that Carver was here too. Not only did we have the first elementary school named for him in Alabama, he came and spoke at the Princess. That is something of which we should be very proud.”