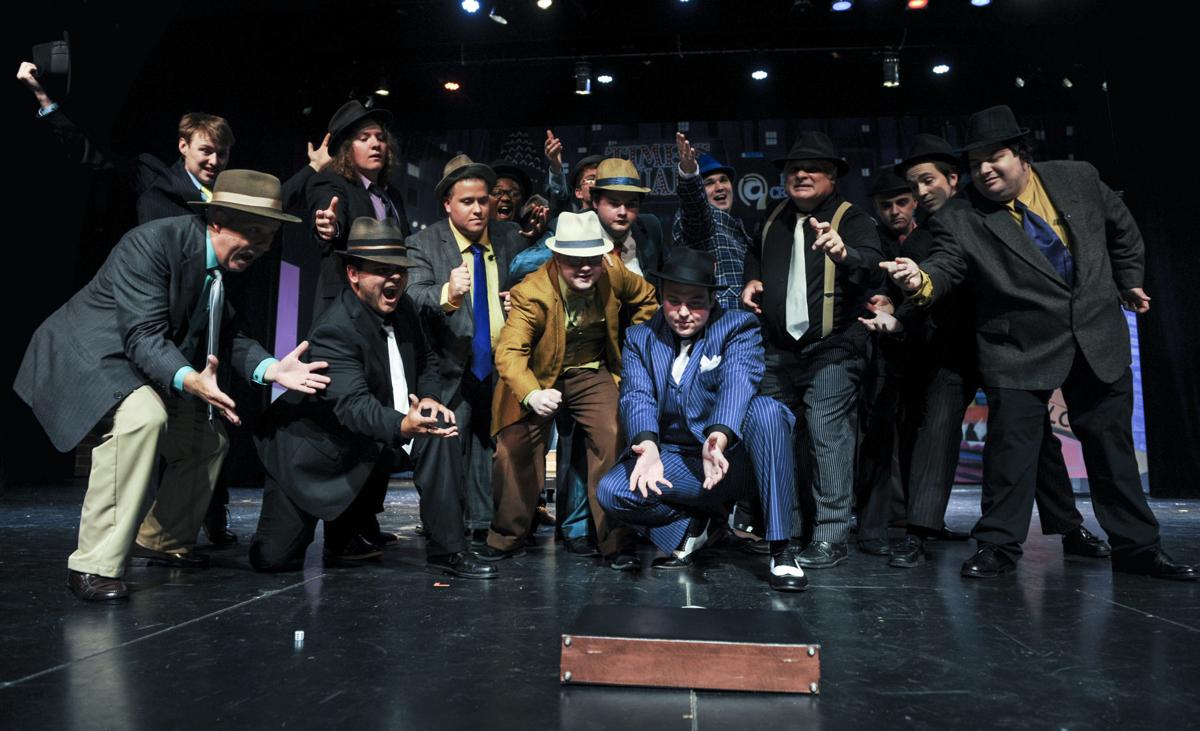 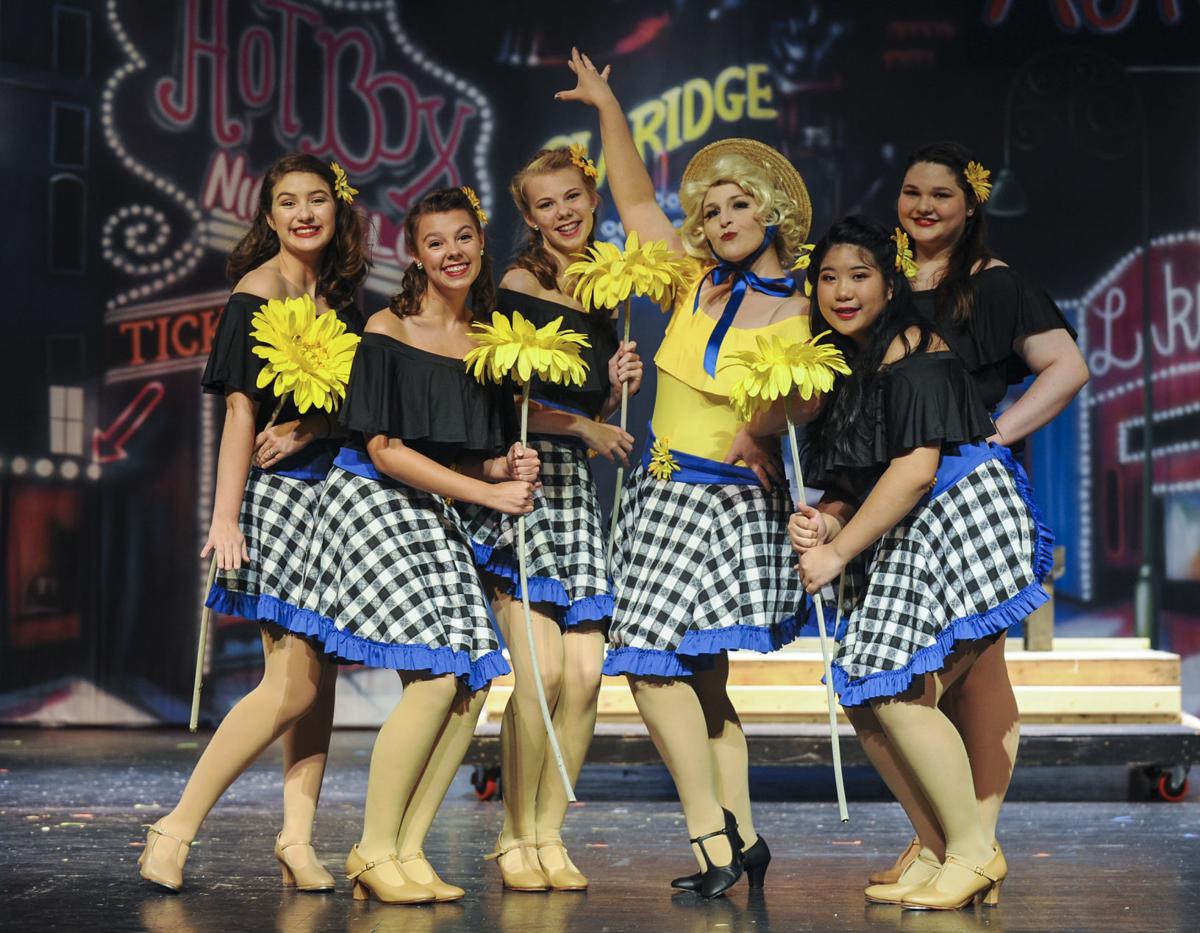 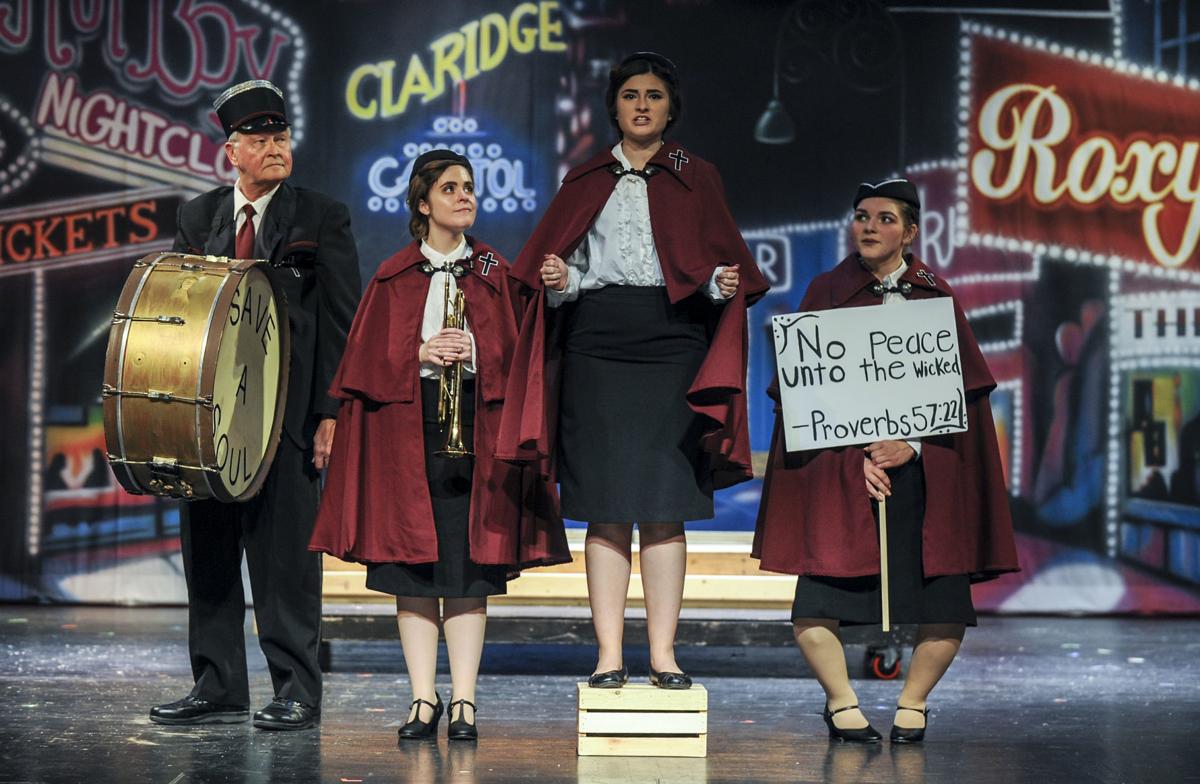 Clad in a three-piece pinstriped suit, black and white wingtip shoes and a fedora, Brandon McLemore strode across the stage, shook a pair of dice in his hand and serenaded lady luck.

“They call you lady luck. But there is room for doubt. At times you have a very unladylike way of running out,” McLemore sang, his baritone voice filling the Princess Theatre.

“This show truly has something for everyone. We have showgirls, gambling in the sewer, a revival, two love stories and a bar brawl,” director Melissa Rice said.

Leading the 42-member cast is McLemore as Masterson, Jessica Geiger as Brown, Courtney Blanchette as Adelaide and Timothy Ernst as Detroit.

“I was not very familiar with the musical, but when the show was announced I watched the movie and realized I knew most of the songs,” McLemore said.

The Tony Award winning score with catchy toe-tapping tunes and romantic ballads by Frank Loesser includes the songs “A Bushel and a Peck,” “Guys and Dolls,” “Adelaide’s Lament,” “Luck Be a Lady Tonight,” "Take Back Your Mink," "Sue Me" and “Sit Down You’re Rocking the Boat.”

The infectious music spurred Sam Perry to audition for the show.

“Nicely Nicely is a role I’ve wanted to play for a couple of years now. I really love his big numbers, like ‘Sit Down You’re Rocking the Boat.’ They really fit my voice. This is a dream come true for me,” Perry said.

Rice, who shared the stage with Perry in “Hairspray” last summer, remembers when the Bank Street Players announced this year’s season.

“When they said, ‘Guys and Dolls,’ his face lit up. He was determined to play Nicely and worked hard for the role,” Rice said. “His is the surprise, breakout actor for me. He trained for auditions and won the role.”

“I have a degree in theater arts and have directed, but mostly children’s productions. It’s like a different world being able to work with adults and older teens that are so talented and have honed their craft,” Rice said.

“This production is huge. Wrangling 40 people to create this musical has been the biggest challenge, but also the biggest reward. Seeing everyone work so hard and seeing it all come together, that has been my greatest joy,” Rice said. “What is so great about theater is it pulls in all types of people and you create this second family.”

Tickets cost $18 for adults and $15 for seniors and students.

“This is our homage to classic Broadway. We are celebrating a musical that has lasted 70 years and we are going to give Decatur a darn good time,” Rice said.

Tickets: $18 for adults and $15 for seniors and students, princesstheatre.org.