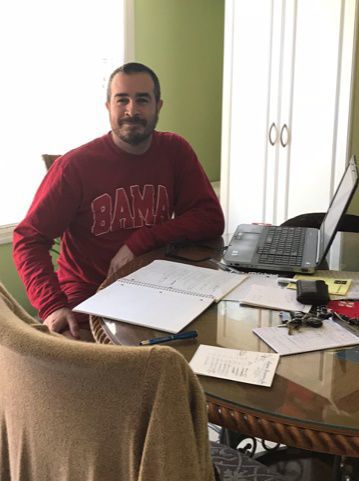 Jim Archuletta reads and edits his sister's pages every evening from his home. [COURTESY PHOTO] 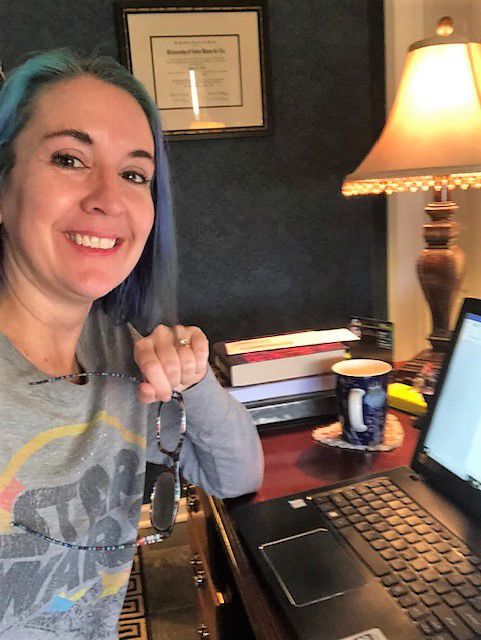 Kelly Hay writes every day from 8 a.m. to noon from her home in Milwaukee. [COURTESY PHOTO] 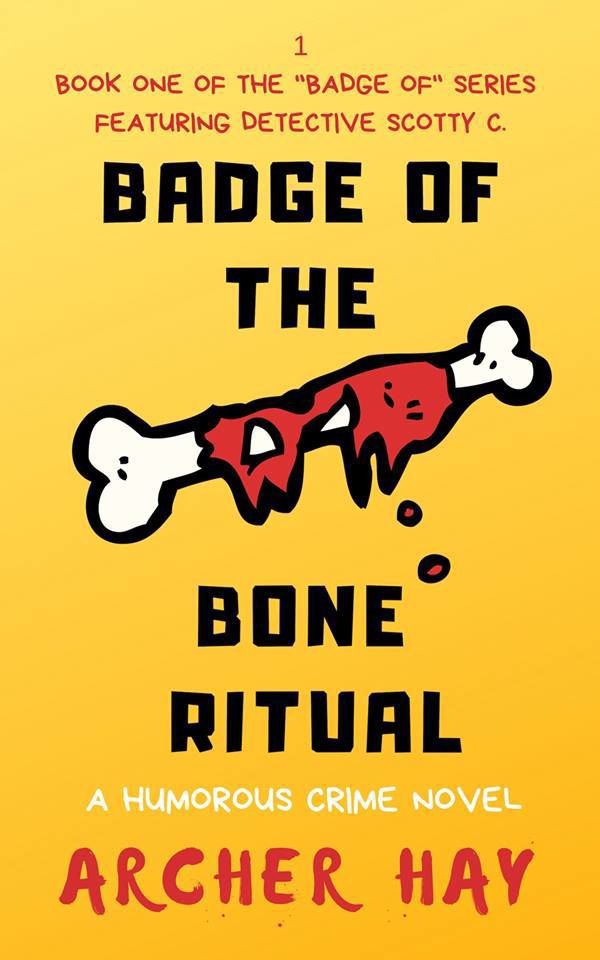 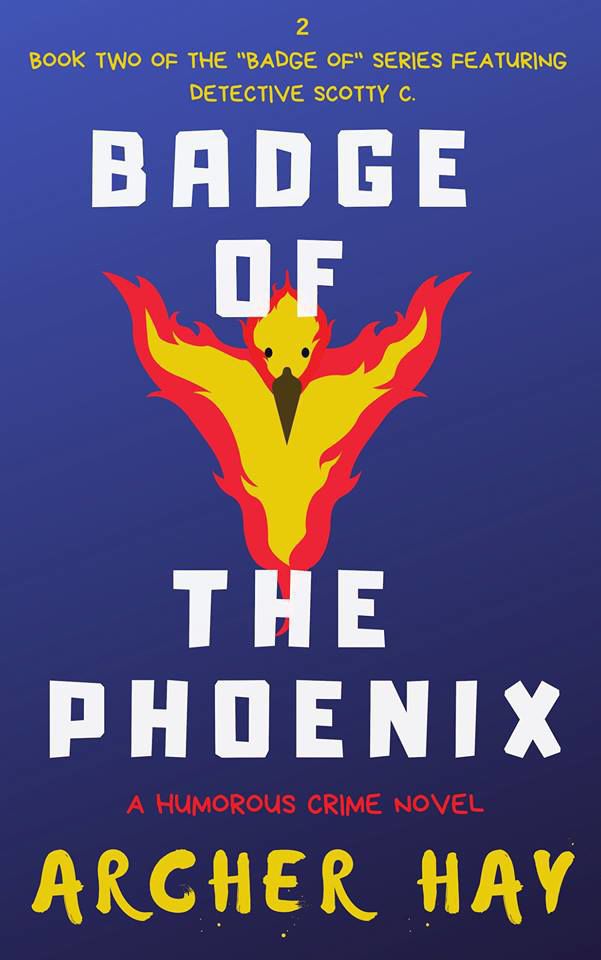 "Badge of the Phoenix" is the second book written by Jim Archuletta, of Decatur, and his sister Kelly Hay, of Milwaukee. [COURTESY PHOTO]

Jim Archuletta reads and edits his sister's pages every evening from his home. [COURTESY PHOTO]

Kelly Hay writes every day from 8 a.m. to noon from her home in Milwaukee. [COURTESY PHOTO]

"Badge of the Phoenix" is the second book written by Jim Archuletta, of Decatur, and his sister Kelly Hay, of Milwaukee. [COURTESY PHOTO]

The conversation between the Decatur police officer with 18 years on the force and his sister, who retired after 20 years as an attorney, developed rapidly. Within minutes, the siblings outlined the plot for a humorous crime novel centered on a detective fascinated with witchcraft.

Now, three months and 660 pages later, Jim Archuletta, of Decatur, and Kelly Hay, of Milwaukee, are preparing to publish their third book under the pen name Archer Hay.

Adhering to the notion that “there are no stupid ideas,” the siblings embraced the plot and, 22 days later, published their first book, “Badge of the Bone Ritual.”

“Part of why I think we’ve been successful is because we have this policy that there are no stupid ideas," Hay said. "We didn’t over analyze it, we didn’t belabor it, we didn’t fight or argue or question. We just ran with it,” Hay said.

Hay, who served as the editor-in-chief of two legal journals and dreamed of one day writing a book, kick-started the venture after learning about a novel-writing challenge. Held during November, national novel writing month, the challenge tasked professional, amateur, published and unpublished authors to pen a 50,000-word novel.

While interested in the challenge, Hay struggled to settle on a storyline.

“I always liked to write, but I wasn’t one of those authors that had a book in my heart. I didn’t have my magnum opus in mind so I called Jim. He said, ‘Oh, I have some ideas.’ I sat down that day and started writing,” Hay said.

By the end of day one, Hay had written 2,000 words and sent them to Archuletta. They decided on a pen name — Archer Hay — a gender neutral and easy to spell combination of their last names.

The siblings, separated by 700 miles, quickly developed a routine. She would write from 8 a.m. to noon and he would read the pages in the evening. Through daily phone calls, texts and emails, they crafted plots for six books, ping-ponging ideas back and forth.

Archuletta and Hay handle every aspect of the book, from the writing to the marketing to the publishing to designing the cover.

“We wanted the book cover to look kind of cartoony because we didn’t want people to look at it and think they were getting John Grisham and then end up getting Archer Hay,” Archuletta said.

The duo’s first two books, “Badge of the Bone Ritual” and “Badge of the Phoenix,” landed on Amazon’s top 100 list for dark comedy. They sold 47 electronic books, 14 paperback books and logged 6,300 page reads on Amazon and Kindle.

“I’m surprised how good the books are,” Hay said. “We initially started with the idea that we’re going to crank out this series and it’s going to be quantity over quality. They actually turned out to be really well written. The third book is well underway. We write seven days a week. It’s fun and we look forward to it. We laugh until we cry. We think we are hilarious. We hope other people do too.”

Hay and Archuletta pointed to their backgrounds in law enforcement and the judicial system and to their closeness as keys to their success.

“A huge benefit to the way we work is we are brother and sister. We have over 40 years of knowing how to fight with each other and knowing how to get along. We have that sibling telepathy,” Hay said.

Both siblings credited their mother, Myrna Archuletta, for inspiring them.

“My mom was always real artsy. She played the guitar and the piano. She had tons of her drawings and songs scattered in notebooks and binders,” Archuletta said.

Hay remembered the poems and children’s stories she wrote.

“She always fancied herself a writer,” Hay said. “She never published anything, but she was always really creative.”

Two books down, Hay and Archuletta have plans for at least four more books.

“Hopefully people will keep reading them and liking them because we really enjoy doing them. This is great fun for us,” Archuletta said.

Books are available on Amazon, at Deb’s Books in Cullman and at the public library in Hartselle. For information, visit archerhay.com.