More than 50 balloonists from around the country participate in the Alabama Jubilee. [DAN BUSEY/DECATUR DAILY] 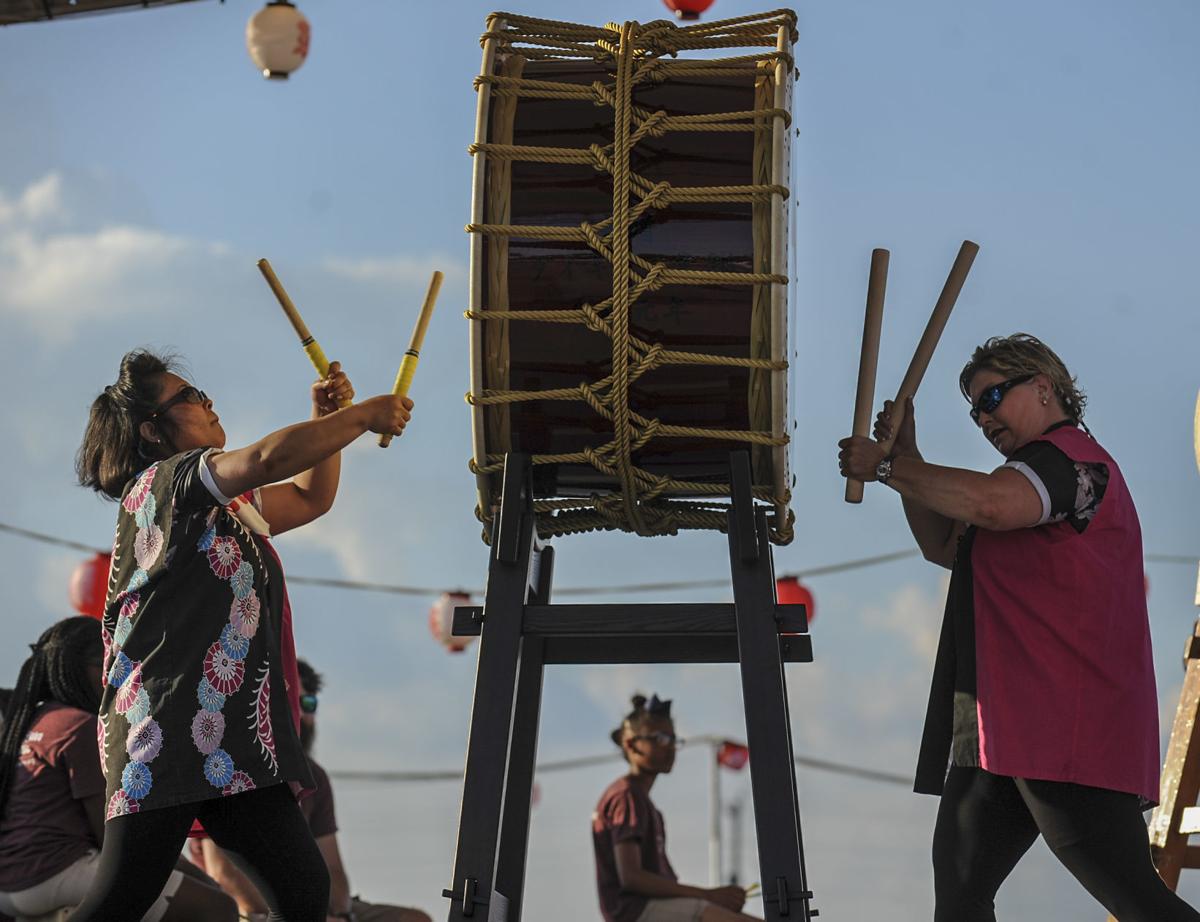 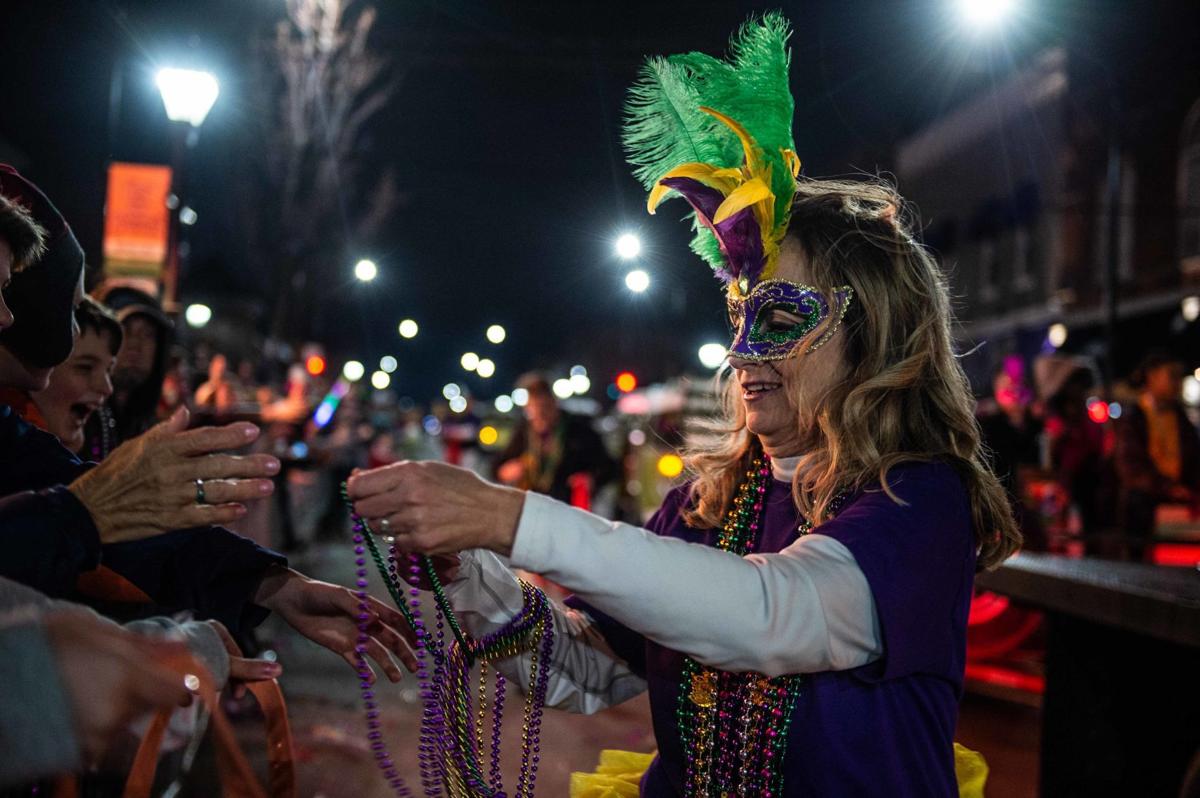 Thousands of people come to Carnegie Carnival in downtown Decatur on the Saturday before Fat Tuesday. [DAN BUSEY/DECATUR DAILY] 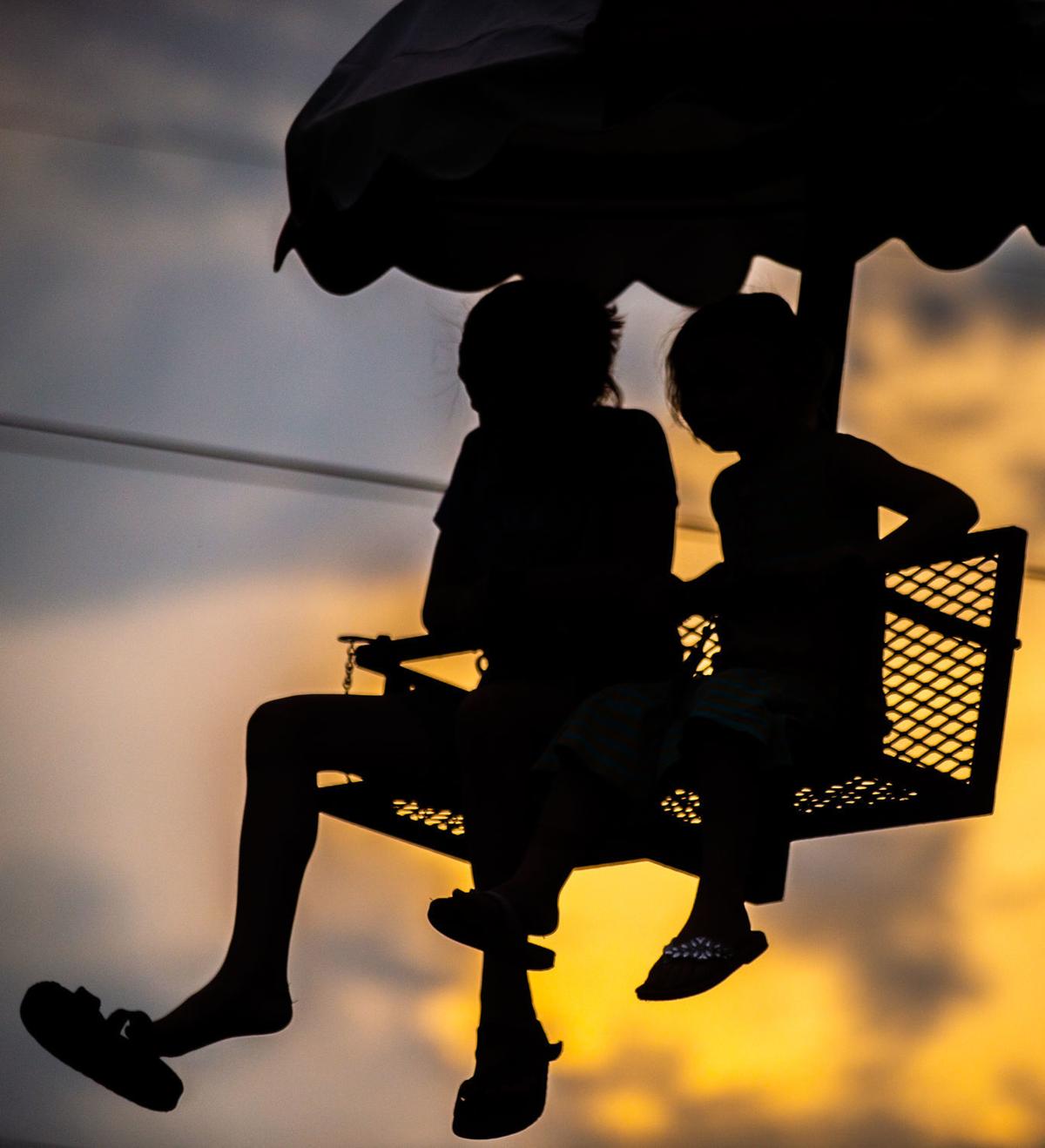 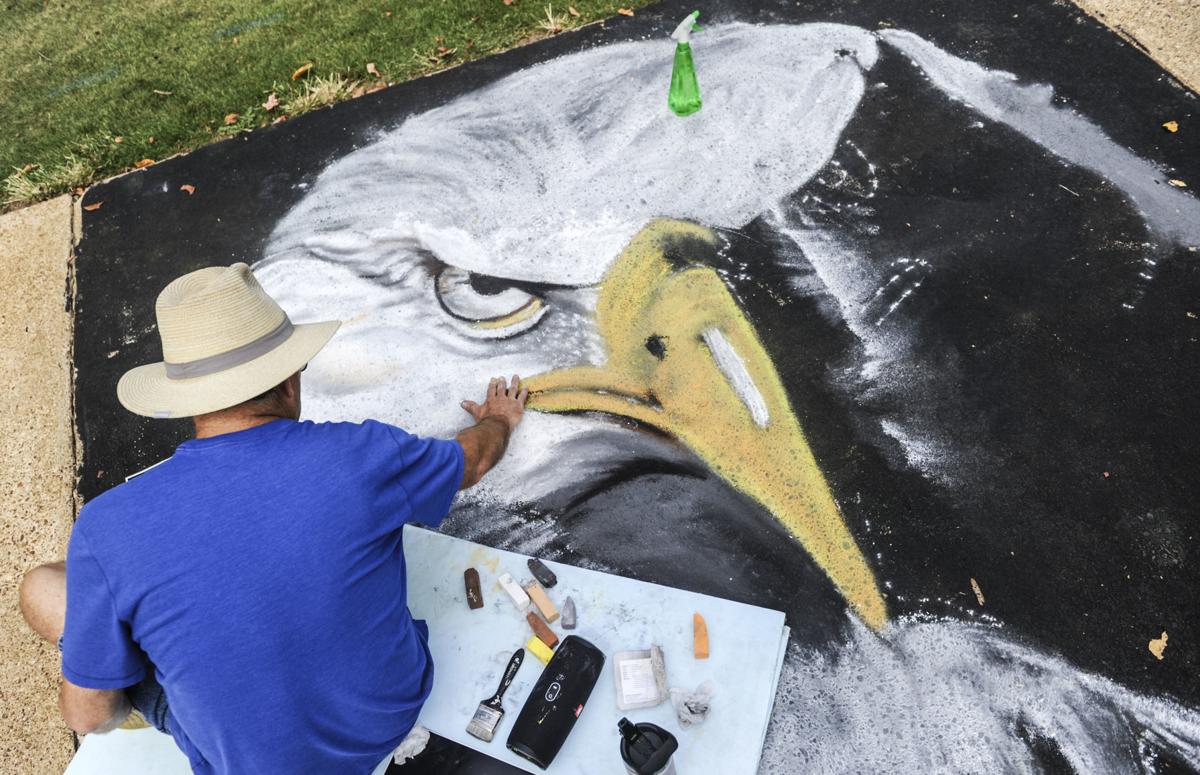 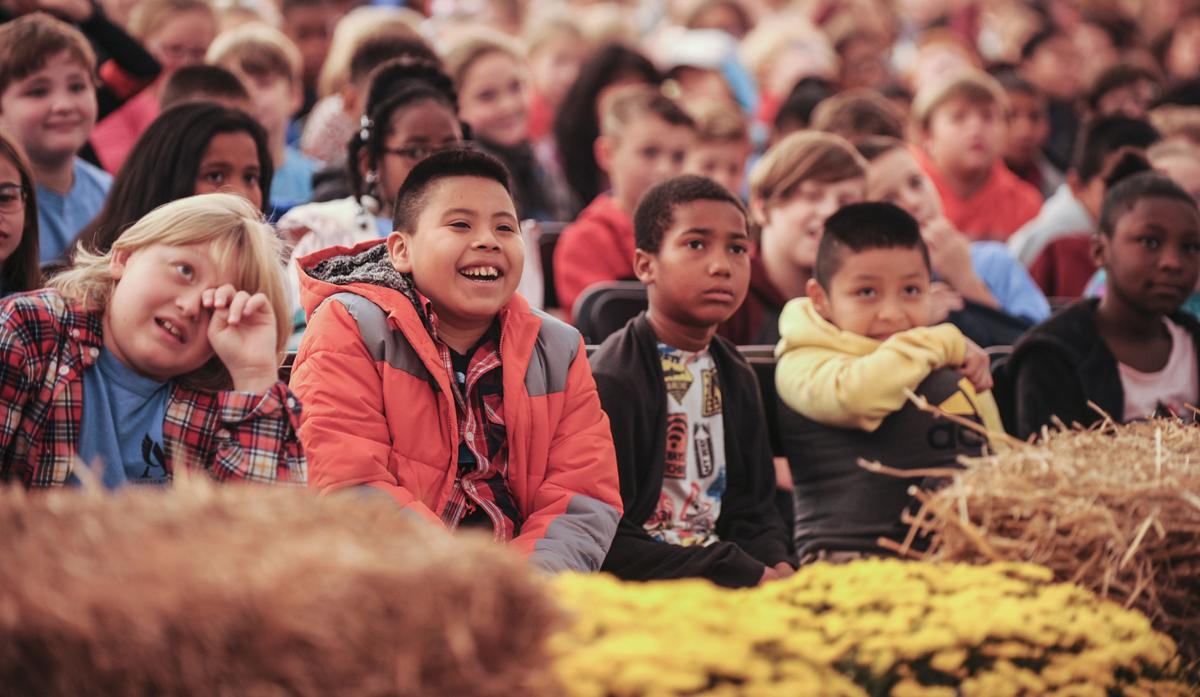 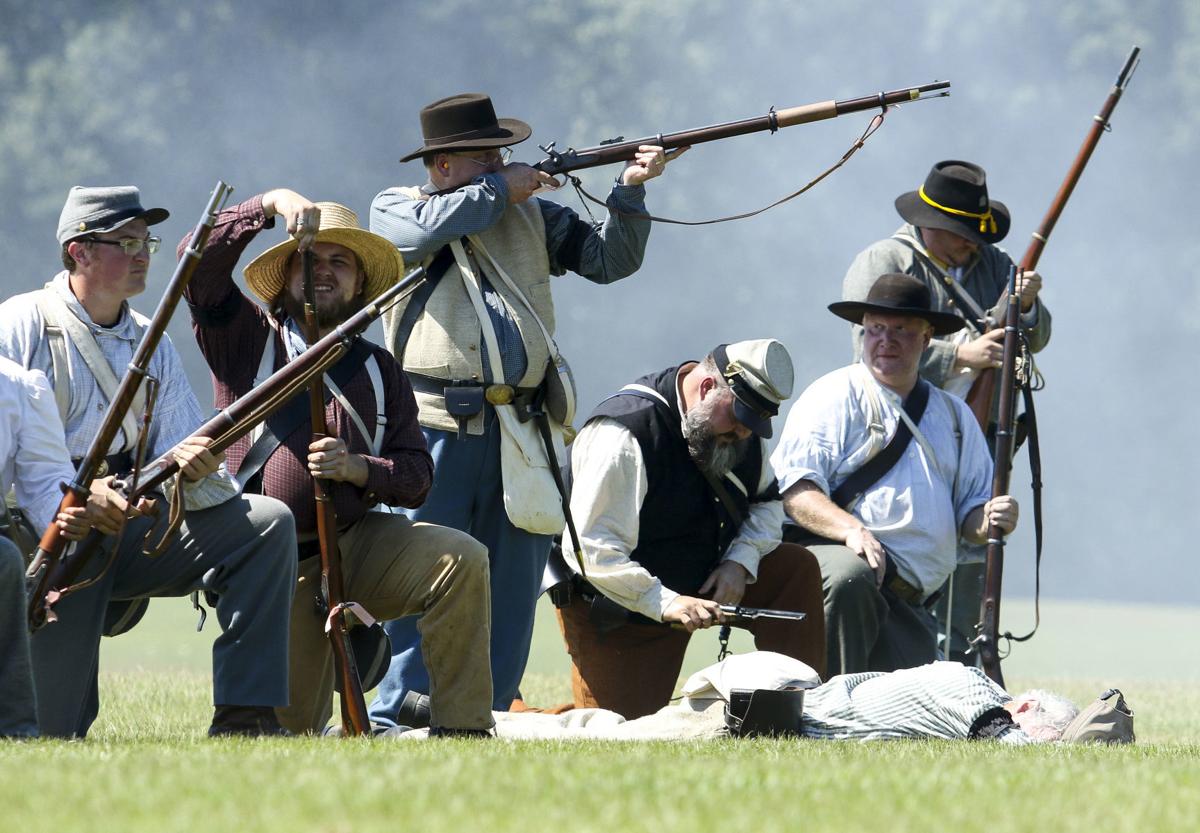 The Battle for Decatur features a reenactment from the Civil War. [CHRIS SHIMEK/DECATUR DAILY] 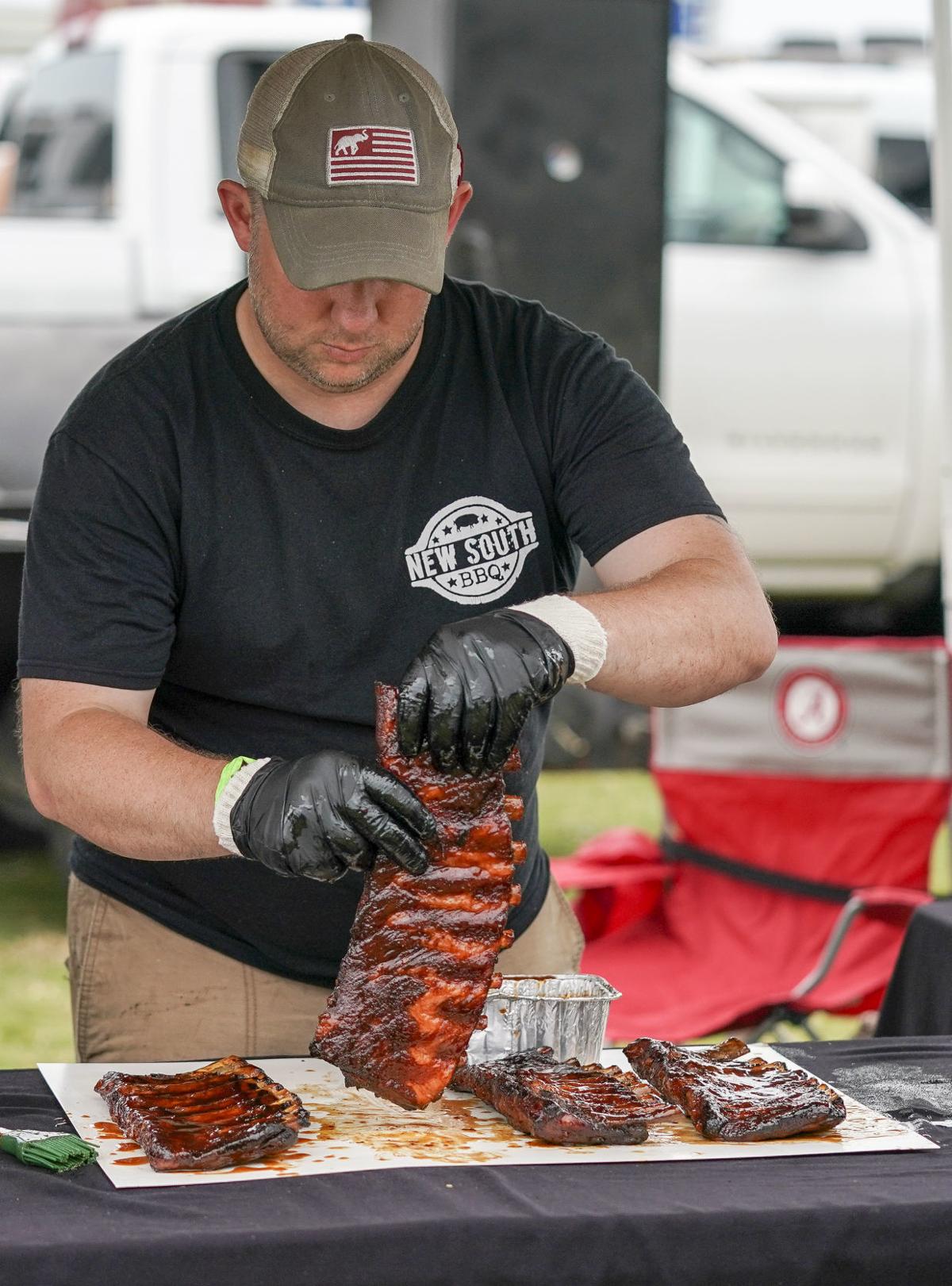 Riverfest, which will celebrate 26 years this year, is the second oldest barbecue competition in Alabama. [CHRIS SHIMEK/DECATUR DAILY] 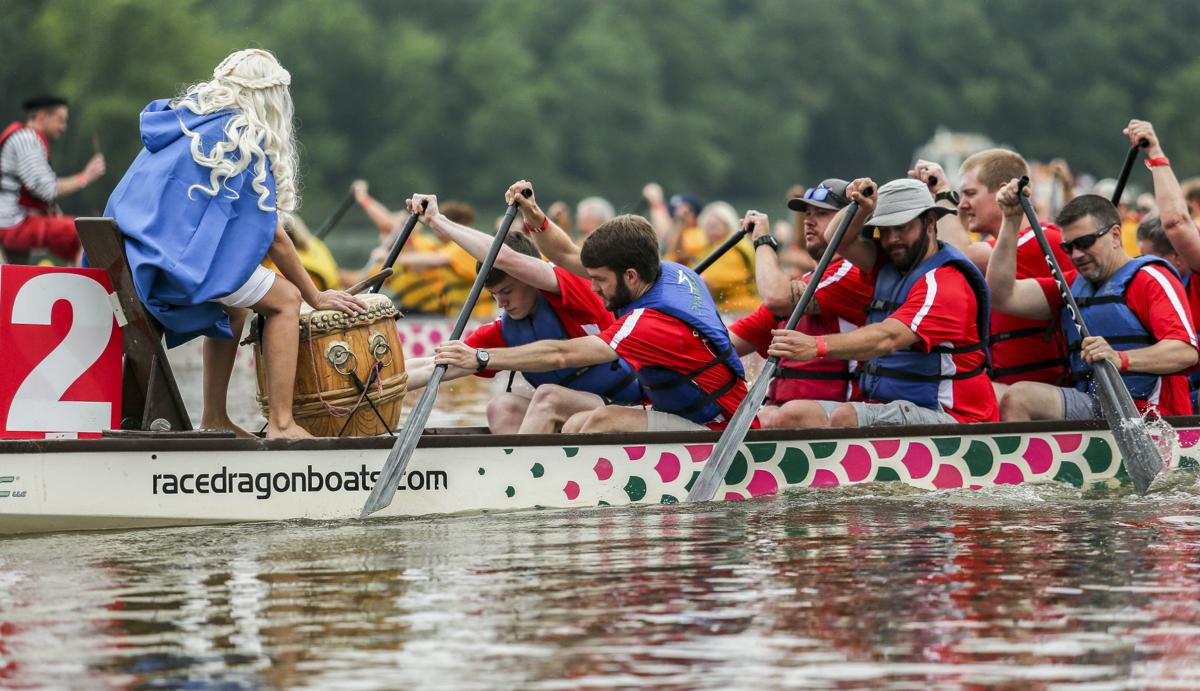 The Dragon Boat Festival in Decatur features more than 60 teams and 1,000 paddlers every year in early May. [CHRIS SHIMEK/DECATUR DAILY]

The Festival of the Cranes at Wheeler National Wildlife Refuge celebrates the thousands of sandhill cranes and dozen or so endangered whooping cranes that winter in north Alabama. [JERONIMO NISA/DECATUR DAILY] 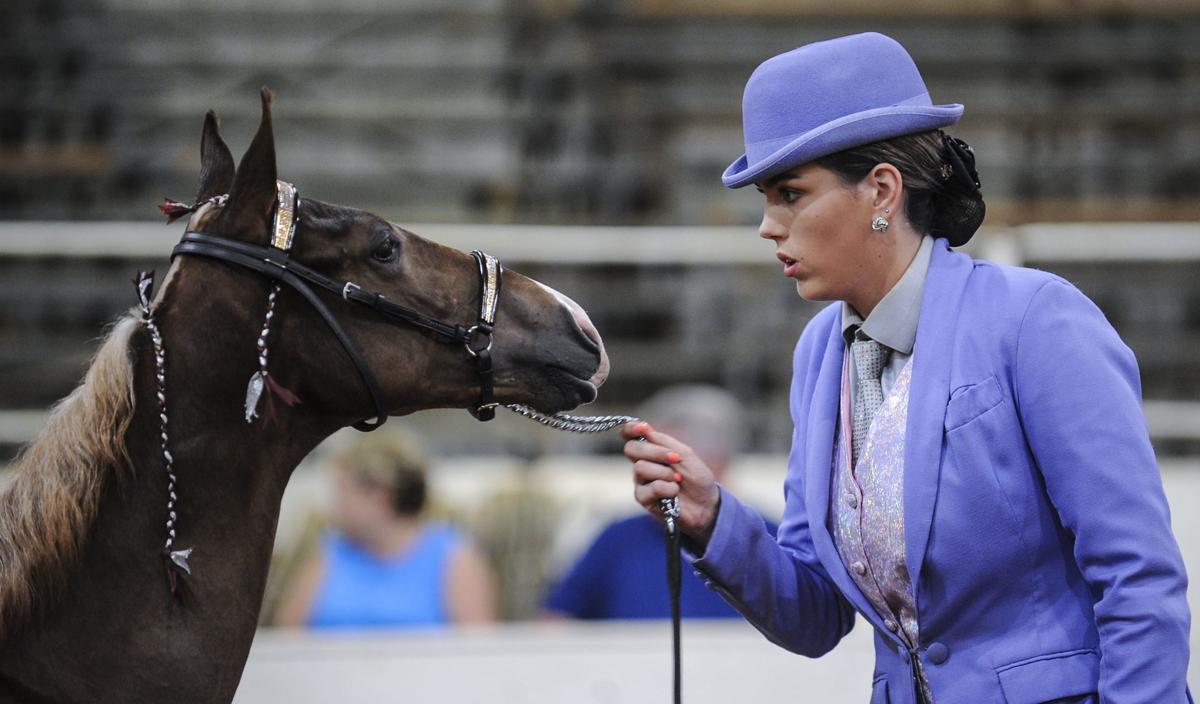 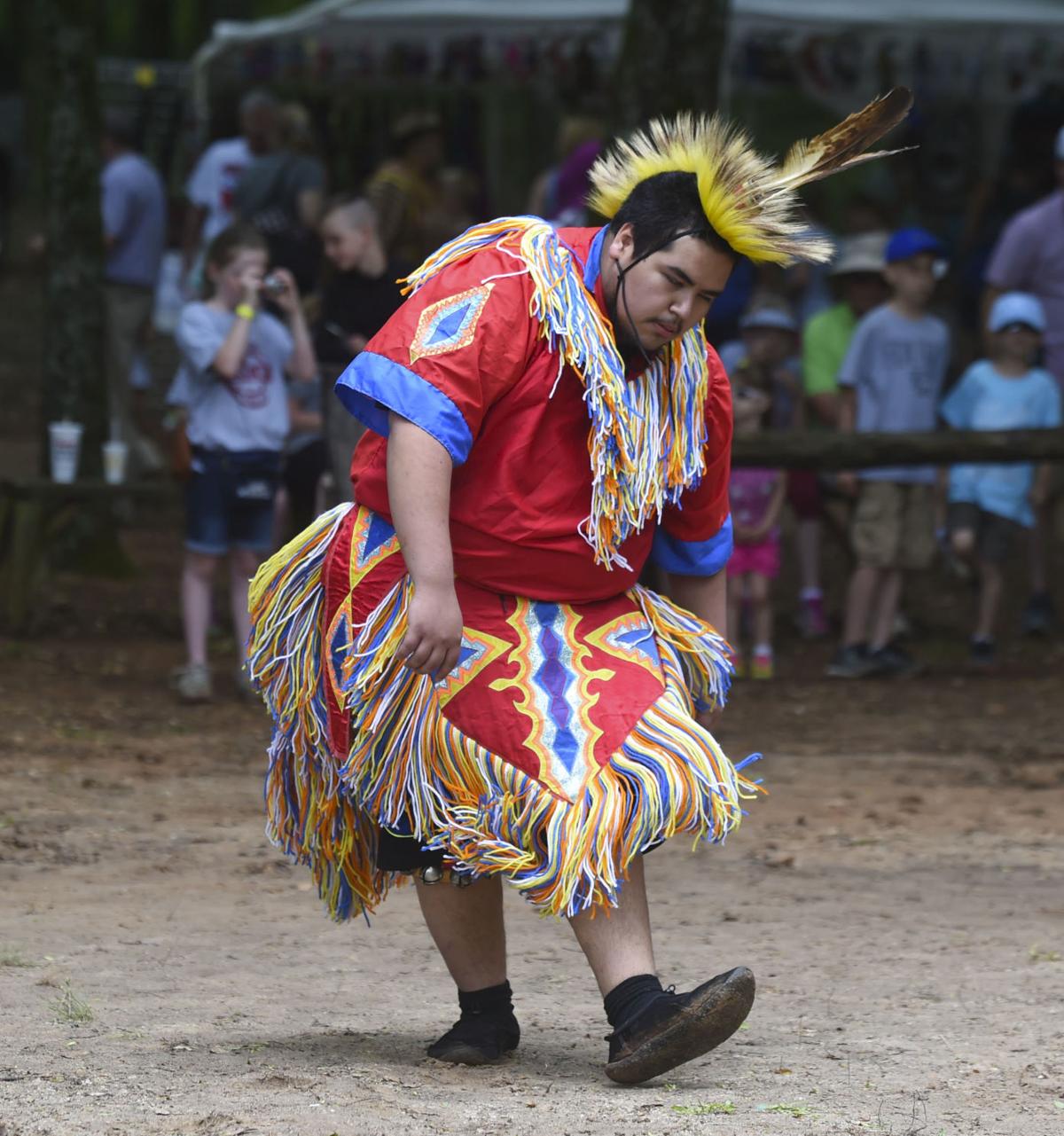 More than 50 balloonists from around the country participate in the Alabama Jubilee. [DAN BUSEY/DECATUR DAILY]

Thousands of people come to Carnegie Carnival in downtown Decatur on the Saturday before Fat Tuesday. [DAN BUSEY/DECATUR DAILY]

The Battle for Decatur features a reenactment from the Civil War. [CHRIS SHIMEK/DECATUR DAILY]

Riverfest, which will celebrate 26 years this year, is the second oldest barbecue competition in Alabama. [CHRIS SHIMEK/DECATUR DAILY]

The Dragon Boat Festival in Decatur features more than 60 teams and 1,000 paddlers every year in early May. [CHRIS SHIMEK/DECATUR DAILY]

The Festival of the Cranes at Wheeler National Wildlife Refuge celebrates the thousands of sandhill cranes and dozen or so endangered whooping cranes that winter in north Alabama. [JERONIMO NISA/DECATUR DAILY]

Here’s a roundup of area events and places that will amuse, educate and entertain.

The call of the wild — literally, the sound of thousands of cranes — has lured thousands of visitors to the Wheeler National Wildlife Refuge in Decatur for Festival of the Cranes. Created in celebration of the more than 10,000 sandhill cranes and the endangered whooping cranes that winter in north Alabama, the festival features music, art, puppetry, birding walks and more. More than 5,000 people attend the free festival each year.

Every third Friday of the month, from April to October, downtown Decatur transforms into a street festival with classic cars, musicians, line dancers, acrobats and artists. Started in 2009 as a way to attract people to downtown, 3rd Friday now brings in hundreds of visitors every month.

More than 1,000 paddlers compete in the Dragon Boat Festival at Point Mallard Park every year. The event, which raises money for the Decatur Morgan Hospital Foundation, attracts teams from area high schools, gyms, churches and businesses. An opening ceremony kicks off the races and features the dotting of the dragon’s eye and a performance by the Daikin drummers.

A staple of summertime in Athens, the Kiddie Carnival features rides, from a roller coaster to swings to a Ferris wheel, and games for children. Open Thursday-Saturday during the summer, proceeds from the 50-cent per ride event go to the Athens Lions Club outreach programs.

Fireworks light up the sky above Point Mallard Park in celebration of the Fourth of July. The free celebration also includes a children’s bike parade, a golf tournament and the recognition of community servants and patriotic individuals.

More than 200 reenactors gather in Decatur on Labor Day weekend to bring to life the Battle for Decatur. The two-day event commemorates the four-day encounter between the North and the South in October 1864. Activities include mock battles, a Ladies’ Tea, a military ball, a church service and Civil War camps with authentic equipment and dress. Admission is free.

Riverfest, the second oldest barbecue competition in Alabama, celebrates two of north Alabamians’ loves — music and food. The two-day festival, which will celebrate 26 years in September, attracts dozens of professional and backyard barbecue teams to Decatur, along with local musicians. Along with music and barbecue, the festival features a children’s area, carnival games, craft tent and more. Proceeds benefit Mosaic Mentoring of North Alabama.

Hundreds of motorcyclists from across the Southeast unite to honor Native Americans during the Trail of Tears ride. The annual commemorative ride begins at the Alabama and Tennessee line on U.S. 72 in Bridgeport. Participants travel U.S. 72 to I-565 and head west, through Athens and Florence before arriving in Waterloo.

Dozens of the country’s top racking horses vie for the title of world champion at the annual Racking Horse Breeders Association of America's World Celebration in Priceville. Under the guidance of children, adults, professionals and amateurs, horses compete in more than 180 classes. Other activities during the nine-day competition include a horse sale, barn decorating contest and stick horse race for children.

Nicknamed the “Granddaddy of Midsouth Fiddlers Conventions,” the Tennessee Valley Old Time Fiddlers Convention attracts more than 15,000 music lovers and 200 musicians from 30 states to Athens State University every year. The three-day convention with competitions in buck dance, banjo, fiddle and old-time singing, culminates with a “fiddle off” between the junior, intermediate and senior division fiddle winners.

Sculptors, painters, photographers, jewelers and carvers creating art from wood, fiber, clay, oil, glass and stone have descended on Decatur’s City Hall lawn for the River Clay Fine Arts Festival for the past five years. Along with showcasing works by the selected artists, who typically come from more than a dozen states, the two-day festival organizes music, children’s activities, student art exhibits and artist demonstrations. This year’s festival will be Oct. 17-18 at Decatur’s City Hall Lawn.

With the motto, “You can eat healthy the other 364 days of the year” — 365 during a leap year — the Athens Grease Fest serves up a fried food celebration. Complete with a toga dress code and quirky games, including the frozen turkey toss, the festival marries the Greek origin of the city’s name with the South’s love of fried food. Inventive foodies have served up fried banana pudding, Snickers, artichokes, cheese steak, candy corn, pies, meatballs and bologna.

Weaving together folk legends, tall tales and exaggerated truths, award-winning tellers entertain audiences from across north Alabama during the Athens Storytelling Festival. Along with the professional storytellers, the festival holds a competition for amateur storytellers.

Parades and ceremonies in Lawrence, Limestone and Morgan counties take place in honor of Veterans Day every year. In Moulton, Athens, Hartselle and Priceville, bands, veterans and patriotic organizations march through downtown streets. The Combined Patriotic Organizations of Morgan County also holds a ceremony in Priceville at Veterans Park.

More than a dozen parades, including one on the water, bring the holiday spirit to Morgan, Lawrence and Limestone counties every year. The parades in Decatur, Hartselle, Priceville, Athens, Courtland, Moulton, Trinity, Mount Hope, Elkmont, Hatton, Ardmore, Hillsboro and Town Creek feature marching bands, floats, Santa and more. In the Parade of Lights, boats adorned with Christmas lights and decorations float down the Tennessee River between Riverwalk Marina and Rhodes Ferry Park in Decatur.

May: Start of Concerts by the River in Decatur and Singing on the Square in Athens.

June: Wet Dog Triathlon in Decatur and start of Fridays after Five in Athens.

Along with events, the area offers multiple historic places where visitors can learn about north Alabama’s past.

Old State Bank in Decatur. The historic building’s columns still show scars from the bullets fired during the Civil War. Built in 1833, the building served as a hospital, guardhouse, bank and dance hall and was one of three buildings, along with the Dancy-Polk House and the Burleson-Hinds-McEntire House, that survived the Civil War. The bank building is open to the public, Monday-Friday, 9:30 a.m.-noon and 1-4:30 p.m.

Pond Spring in Courtland. Built during the 1870s, Pond Spring served as the post-Civil War home of Gen. Joe Wheeler, a Confederate lieutenant general, U.S. congressman and Spanish-American War general. The 50-acre site includes 12 historic buildings and gardens. The main house serves as a museum with Wheeler’s uniforms and weapons on display.

Donnell House in Athens. Robert Donnell, a Presbyterian minister who helped establish the Cumberland Presbyterian Church in Athens, built the house in the 1850s. During the Civil War, the Union Army quartered soldiers at the house. The house also served as the site of Athens Male College and the residence of several school principals. Every Christmas, the Donnell House foundation decorates the two-story home with trees and opens it to the public.

Princess Theatre in Decatur. Originally built as a livery stable in 1887, the Princess Theatre was transformed into a silent film and vaudeville playhouse in 1919. The movie house closed in 1978, was renovated and reopened as a performing arts center. The Princess has hosted George Washington Carver, Gene Autry, Roy Rogers, Tony Randall, Cloris Leachman, the Count Basie Orchestra, Arlo Guthrie, The Blind Boys of Alabama, St. Paul and the Broken Bones, the Secret Sisters and Roseanne Cash.

Mooresville: Mooresville, the Limestone County town “older than the state” as the 53 residents proudly claim, is home to a church where James Garfield preached in 1863, a post office built in 1840 and the Stagecoach Inn and Tavern built before 1825.