During the past year, Elise John, who underwent gastric sleeve surgery and started working out and eating healthier, has lost 120 pounds. [JERONIMO NISA/DECATUR DAILY] 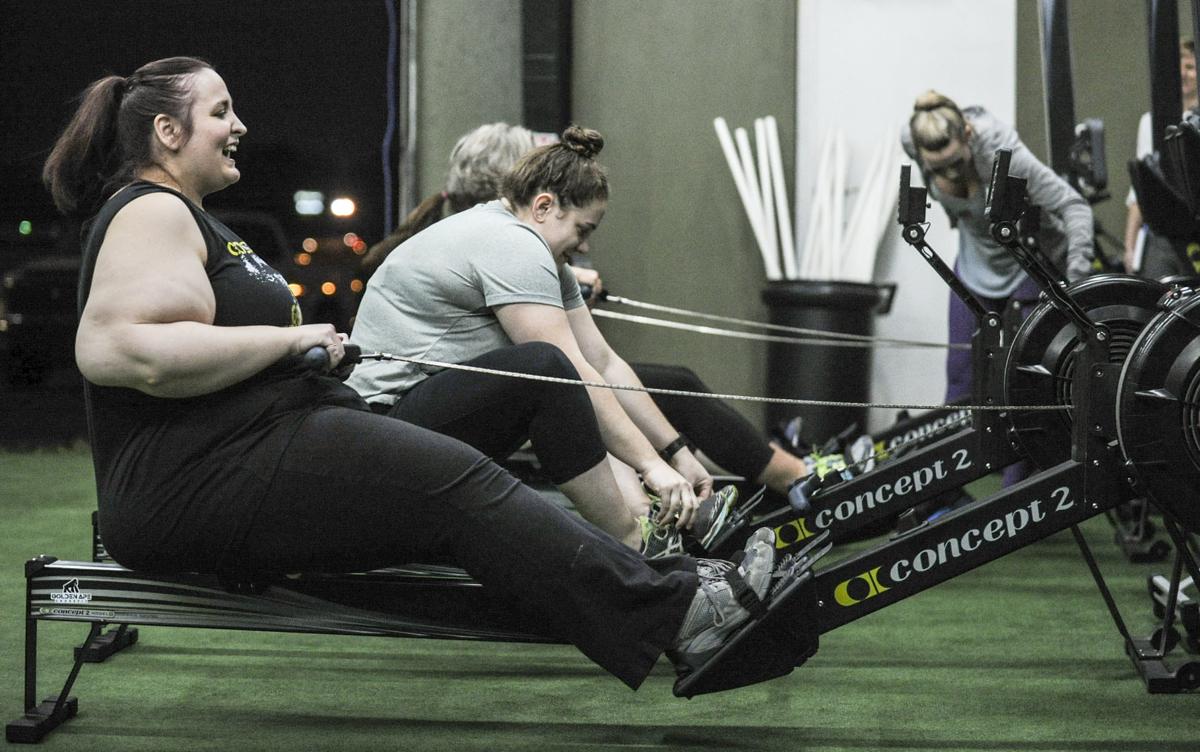 Elise John, front, works out at Golden Ape CrossFit. "The people are the reason I keep coming back," she said. "This is my community now." [JERONIMO NISA/DECATUR DAILY] 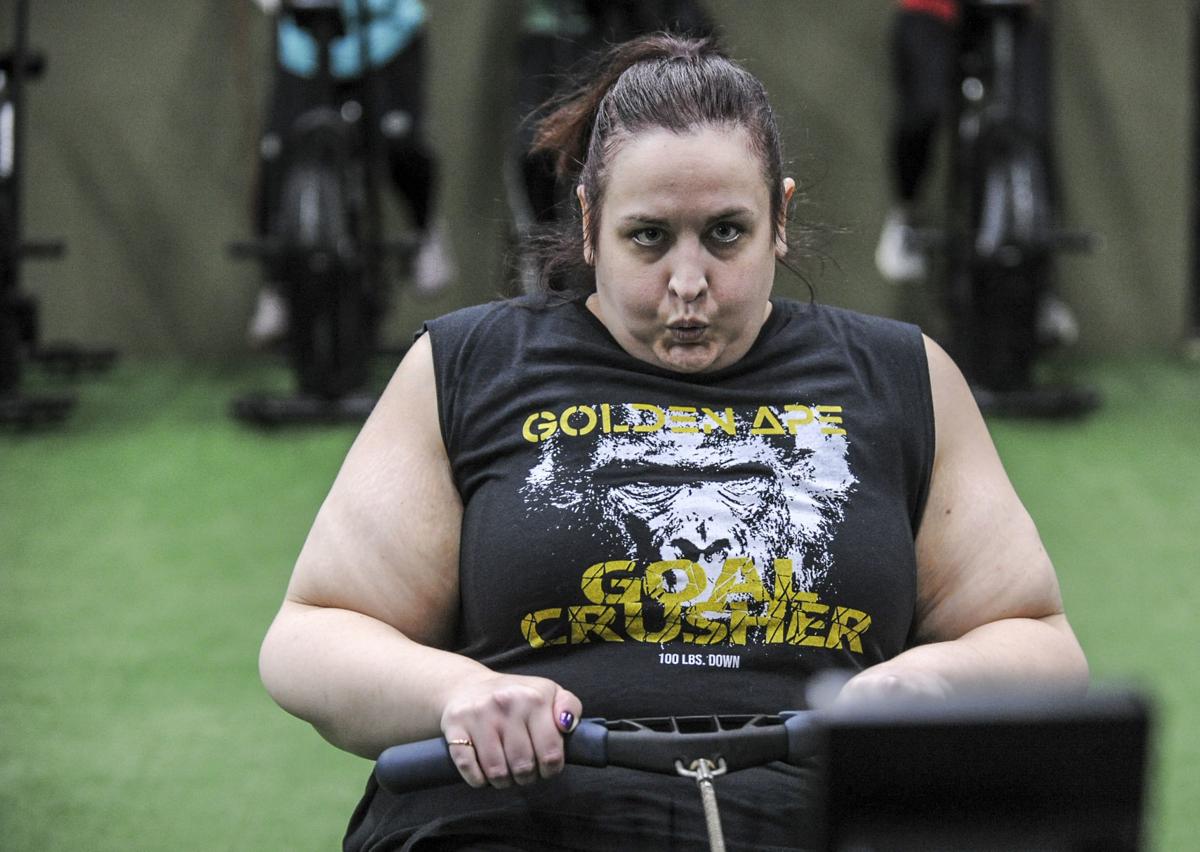 Elise John works out at Golden Ape CrossFit. She wants to lose another 100 pounds in 2020. [JERONIMO NISA/DECATUR DAILY] 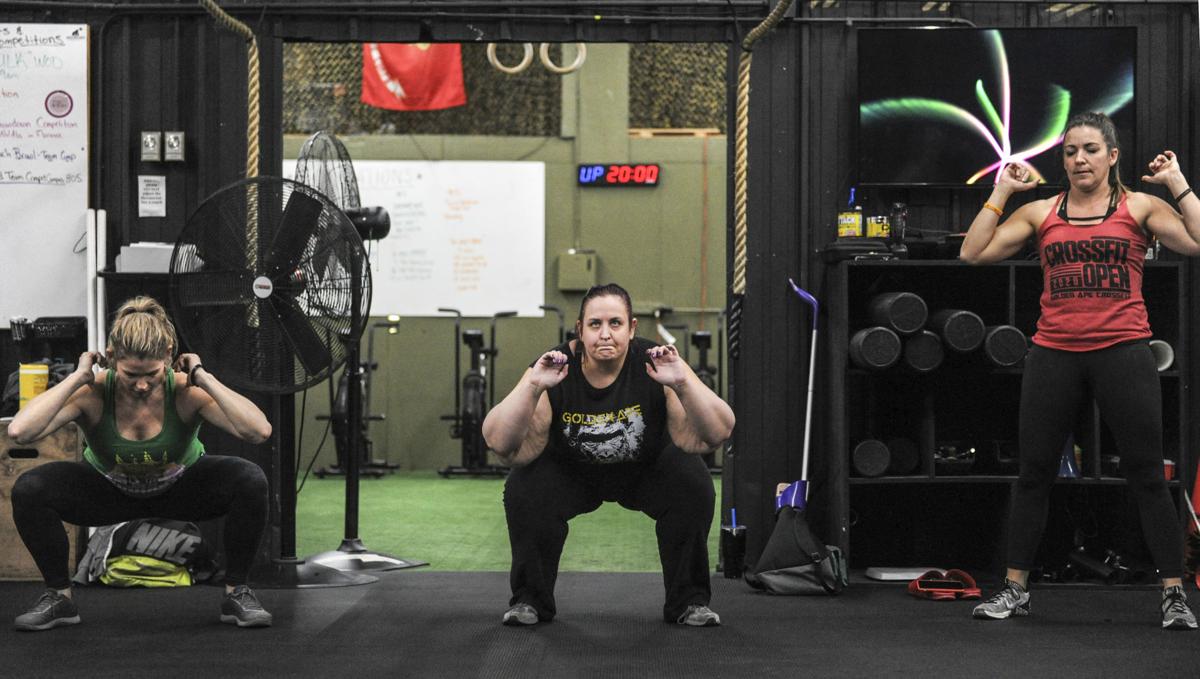 Elise John, center, says she initially feared the reception she'd receive from other athletes because of her slower pace. "But everyone was so warm and welcoming," she says. [JERONIMO NISA/DECATUR DAILY] 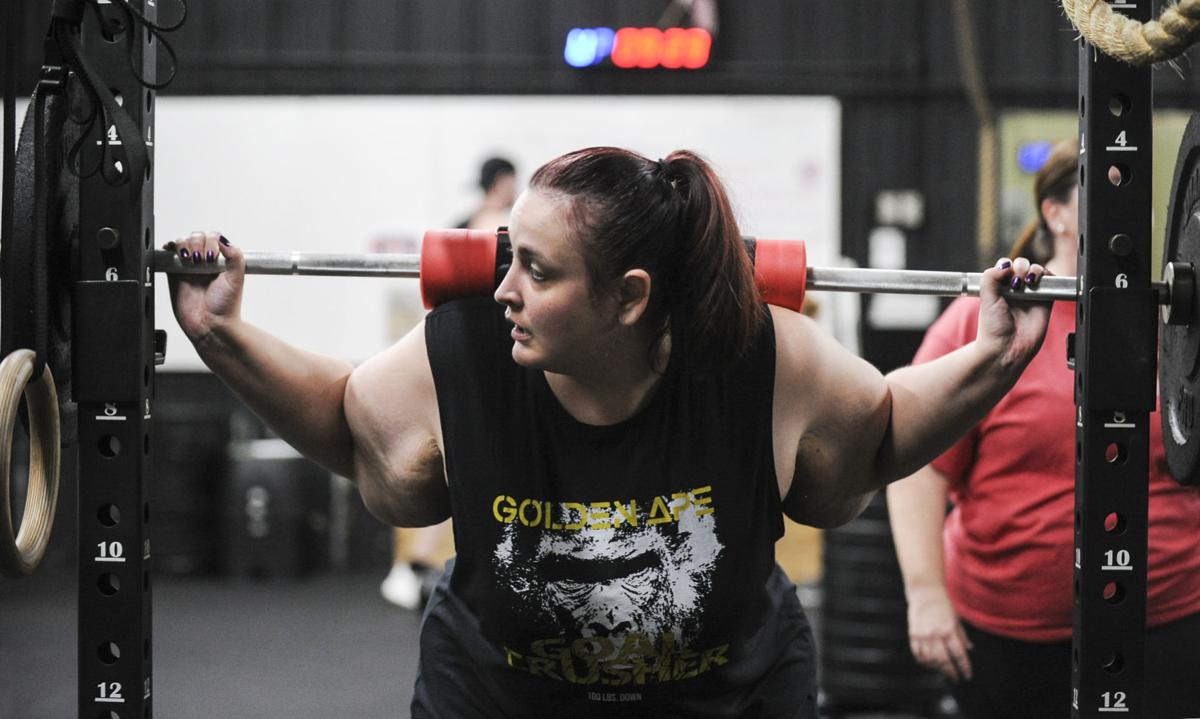 During the past year, Elise John, who underwent gastric sleeve surgery and started working out and eating healthier, has lost 120 pounds. [JERONIMO NISA/DECATUR DAILY]

Elise John, front, works out at Golden Ape CrossFit. "The people are the reason I keep coming back," she said. "This is my community now." [JERONIMO NISA/DECATUR DAILY]

Elise John works out at Golden Ape CrossFit. She wants to lose another 100 pounds in 2020. [JERONIMO NISA/DECATUR DAILY]

Elise John, center, says she initially feared the reception she'd receive from other athletes because of her slower pace. "But everyone was so warm and welcoming," she says. [JERONIMO NISA/DECATUR DAILY]

As Elise John threw down the weighted slam ball and started her final lap to cheers of encouragement, Gail John, from the corner of the Decatur gym, watched in awe as her daughter completed the hour-long CrossFit workout.

“A year ago, I was afraid that I would come home one day and find Elise dead. I don’t have that fear anymore. What she is doing, what she has done, is amazing,” Gail John said.

For the millions of people who reportedly set resolutions to work out, eat healthy and lose weight — the most popular New Year’s resolutions — Elise John serves as an inspiration.

In the past year, the 39-year-old Decatur woman, whose weight peaked at 412 pounds, lost 120 pounds through bariatric surgery, healthy eating and exercise. This year, she aims to lose another 100 pounds and reach what those in the bariatric community call wonderland.

“I want to see 190-anything come New Year’s Eve,” Elise John said. “I want to just keep getting stronger and stronger and putting myself out there more and more, which is hard for someone like me, who is afraid of most everything.”

For Elise John, the year-long weight-loss journey, which began in December of 2018 when her mother begged her to try another diet, was a matter of life and death.

“A year ago, I was depressed, anxious and isolating myself. I felt hopeless, so much so, I was ready to give up on life,” said Elise John, who has battled depression and mental health issues since high school.

She had tried diets and exercise before — everything from the Atkins diet to Weight Watchers to a year of high-intensity training. Nothing worked. Her mother insisted she try again. Elise John, who started gaining weight after high school and topped 300 pounds in her early 20s, thought it was pointless.

“I refused to try any other diets at first because I needed something more than a diet. I needed a life change,” she said.

In January 2019, Elise John started researching bariatric surgery and opted for the gastric sleeve. To prepare for the surgery in May, she went on a diet, met with a psychologist, weighed in with the doctor every month and attended support group meetings at Decatur Morgan Hospital’s Parkway campus.

“Elise has been the biggest inspiration to everybody here. She is consistent, never complains and always does what we ask her to do because she wants a better life,” said April Pendegraph, head coach of Golden Ape’s Decatur location. “The first time I met Elise, she said this was a matter of life or death. She said she had to do this or she was going to die. She is the person we all look to for inspiration.”

For eight weeks, Elise John trained one-on-one with a personal trainer, who encouraged her to join regular classes. Saddled with social anxiety, she feared participating in the group classes. She worried her slower pace would negatively impact the other athletes. She wondered what kind of reaction she would receive.

“I was so nervous for the first class. I know I had a panic attack that day. But everyone was so warm and welcoming. The people are the reason I keep coming back. This is my community now. I feel better and stronger and I’m slowly coming out of my shell,” Elise John said.

A couple of months after joining CrossFit, she started going to yoga.

“When I decided to have surgery, I made the choice to live my best life. Because I want the best life I can have, I keep reaching out to more people and challenging myself to do more,” Elise John said.

“Elise has done so well. She made the decision to live her best life and she is going for it. I am so proud of her. She isn’t just stronger physically, she is stronger mentally and emotionally too,” Gail John said.

Now at 291 pounds, Elise John is looking to the future — to losing another 100 pounds, to volunteering with the animal shelter, to going back to work, to climbing the rope at the gym, to completing pull ups.

“The last six years were a minefield of depression, anxiety and self-loathing. I’m finally seeing value in myself,” Elise John said. “Don’t ever give up on yourself. I very nearly did. I thought I was trapped. Take it from someone who has been there, you are worth it.”

According to statistics, 9% of people who set resolutions will succeed. One of the most important factors in whether people achieve success rests in why the resolution was made. Determining the reason for the resolution will help people to refocus on challenging days.

After setting a long-range goal, such as running a 5K, decide which steps to take daily, weekly and monthly to achieve that. Short-term goals can range from skipping dessert to opting for a salad instead of French fries to running for 5 minutes straight.

Exercise can be — and should be — fun. A myriad of options exist. There is pickleball, racquetball, water aerobics, Zumba, yoga, kickball, roller skating, trampoline jumping, soccer and basketball. To increase flexibility and strength, try yoga, Pilates, karate and archery. To boost endurance, try swimming, hiking, running and dodgeball.

Beyond the physical effort, social factors will determine a person’s success.

“Find accountability,” Pendegraph said. “That’s the biggest thing. You need someone to hold your feet to the fire. You don’t even have to join a gym to have that. Having a workout partner, someone to say, ‘Hey, I’m waiting on you,’ makes a big difference.”