A rendering of what the mural will look like once it's finished. The portraits are just placeholders as the artists are still receiving photographs of veterans. [COURTESY] 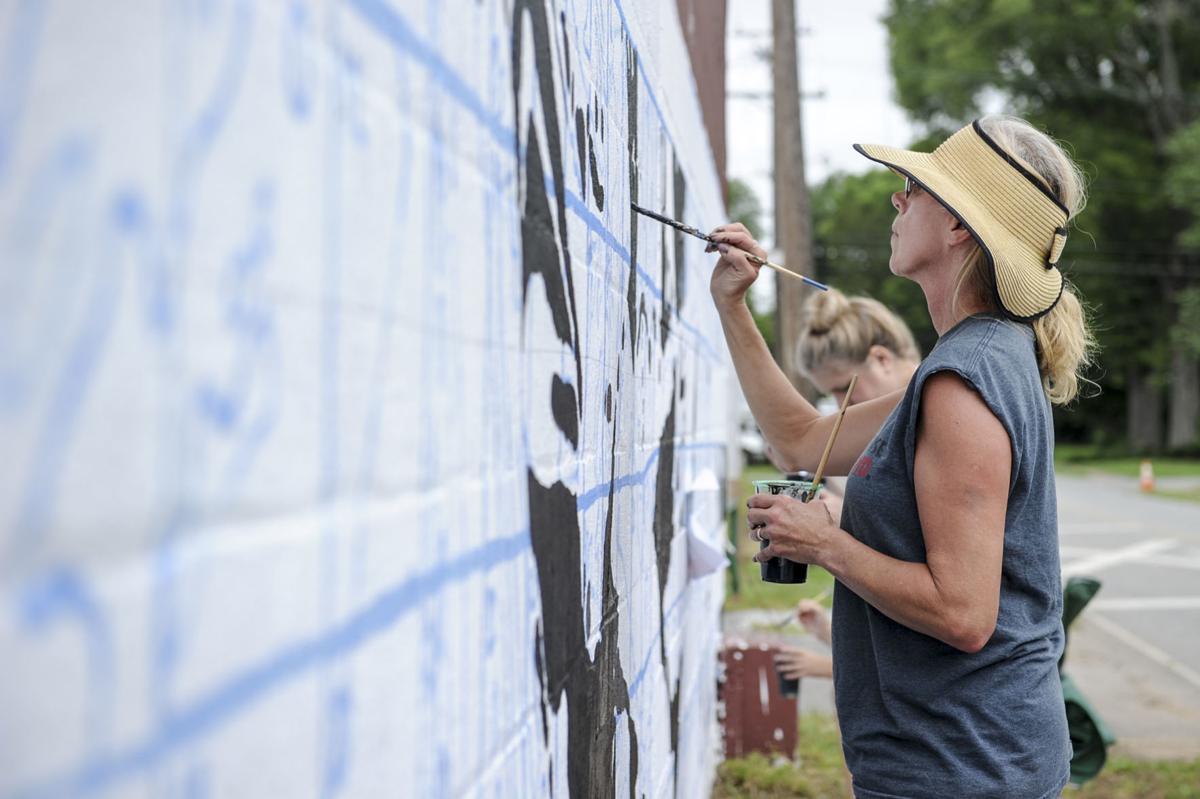 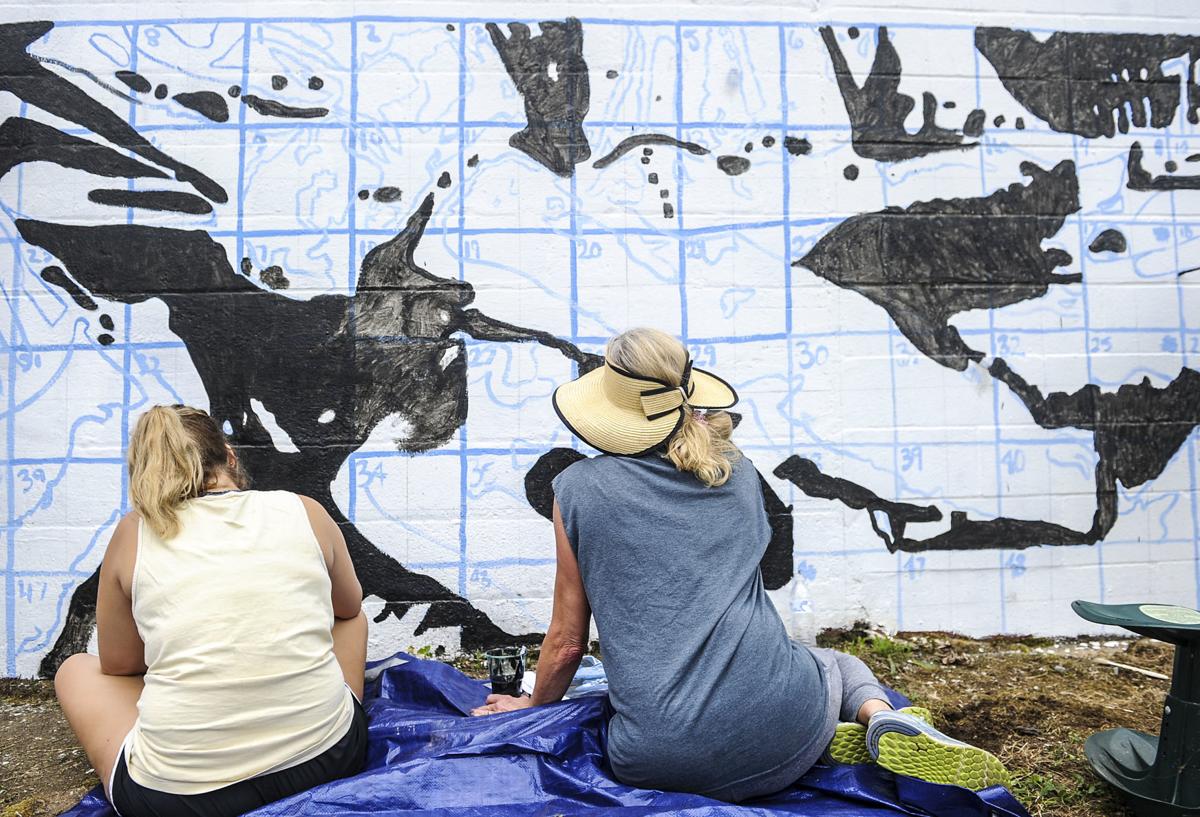 A rendering of what the mural will look like once it's finished. The portraits are just placeholders as the artists are still receiving photographs of veterans. [COURTESY]

Walking around downtown Athens, Jamie Adams stood in front of the rust red cinder-block wall across the street from the Alabama Veterans Museum and Archives and imagined the story it could tell.

This summer, Adams, armed with gallons of paint and assisted by five students, will spend 700 hours transforming the empty wall into a mural honoring local veterans. Through portraits, the mural will tell the story of hundreds of Limestone County active duty military members and veterans, including Adams’ grandfather and great-uncle, who served in World War II, and his two uncles, who died in the Vietnam War.

“This is a way to honor those individuals who we need to remember, honor and celebrate,” said Adams, an assistant art professor at Athens State. “A lot of people don’t get the recognition they deserve, especially men like my two uncles who passed away. Having a way to honor their memory, having their portrait where thousands of people see it as they drive by, keeps their memories and sacrifices alive.”

Once complete, the 40-foot-long by 15-foot-tall mural will feature three soldiers in front of an American flag consisting of a mosaic of 200 photographs of Limestone County servicemen and women.

The museum hopes to move into its new space, next door at the former Limestone County Event Center, by the end of the year, but it will still be across the street from the mural.

Adams, who created several sketches in a range of color palates for the mural, worked closely with the museum’s board to finalize the design. The board selected a generic design that does not depict a specific soldier or battlefield.

Along with remembering local veterans, the mural will double as a fundraiser for the museum, which, due the coronavirus, had to cancel fundraising events. For a donation of $100, the artists will include the portrait of a Limestone County veteran in the mural. With 200 spaces available, the project could raise $20,000.

“Donations are down because we do not have the visitor population that we normally do at this time of year,” Thompson said. “It is also hard to fundraise right now because we know so many businesses are suffering. This will help with the daily operation funds that we are missing out on through donations.”

For Adams, who grew up in Limestone County, and returned to north Alabama last year, the project serves as a way to positively impact his community.

“Having art outdoors opens up a lot of venues for education. Some kids who cannot afford to go to museums can see art outside in the city. It brings attention to the arts and art programs and allows students to see that you can have a future and make a living doing art,” Adams said.

For Adams, the mural carries on an art form he practiced while teaching at Judson College and West Texas A&M University. He created 12 portraits of instrumental people from Perry County, the home of Judson College, which were featured in the windows of a building in downtown Marion. In Texas, Adams helped oversee a “mural squad” with students who completed art projects around the university.

Within weeks of moving back to Alabama, Adams reached out to Tere Richardson, director of Athens Main Street, about creating a mural. Once Adams secured the building and finalized the design, Athens State encouraged him to develop a class around the mural.

Five students from Cullman, Auburn and Huntsville signed up for the class and have been working on the mural every Friday since June 5. They pressure-washed the wall and primed the surface with two coats of gesso, which, due to the consistency, the group painted on the cinder blocks with brushes. After gridding off the wall into six-inch by six-inch squares, the artists transferred the mural’s design onto the wall.

“We basically made a gigantic paint by numbers,” Adams said. “This is a technique artists have used since before the Renaissance. It is easier to transfer the images onto the wall that way.”

“This is another way to honor him. We are very proud of his service and continuing on our family’s legacy. My father and step-father served in World War II and my brother was in the service also,” said Yvonne Dempsey.

To include a veteran’s portrait in the mural, contact Thompson at info@alabamaveteransmuseum.com.

Standing in front of the wall where the students painted in black sections, Adams watched the mural take shape.

“I’m very proud of what we are doing here. I’m very proud we are creating a piece of art to honor our veterans in a public space,” Adams said.