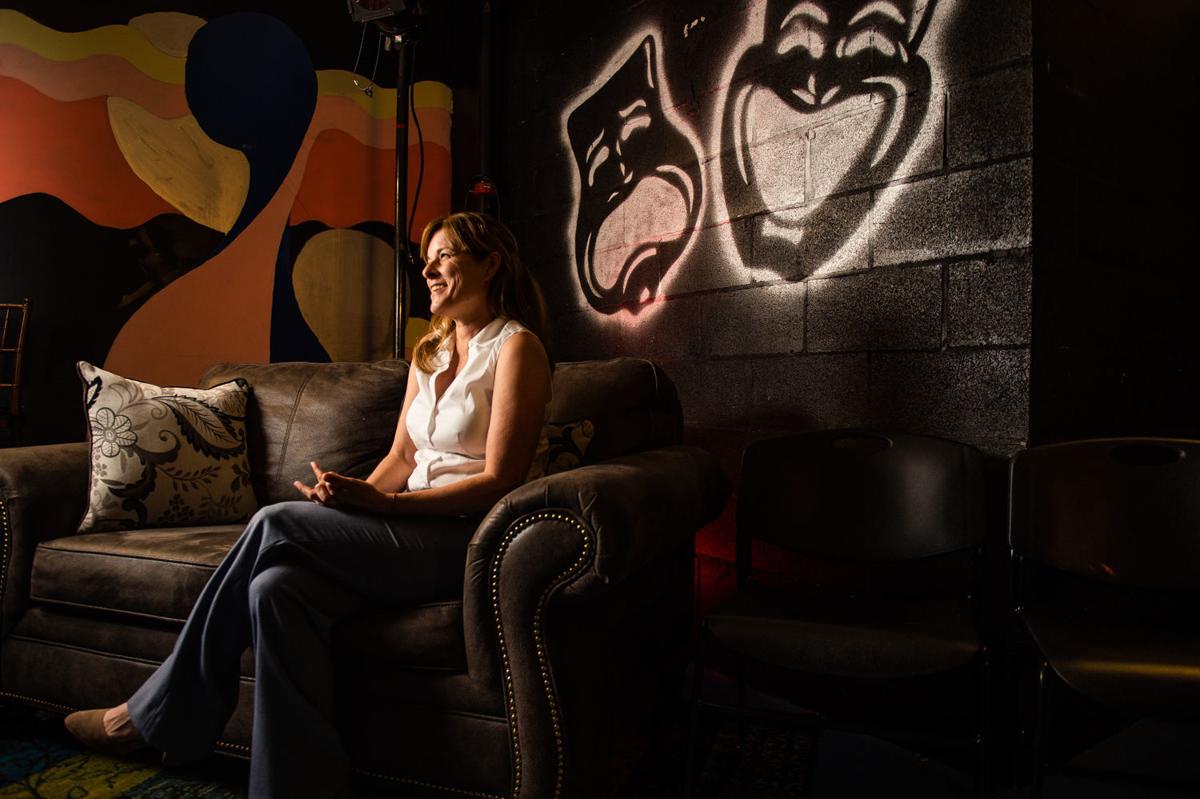 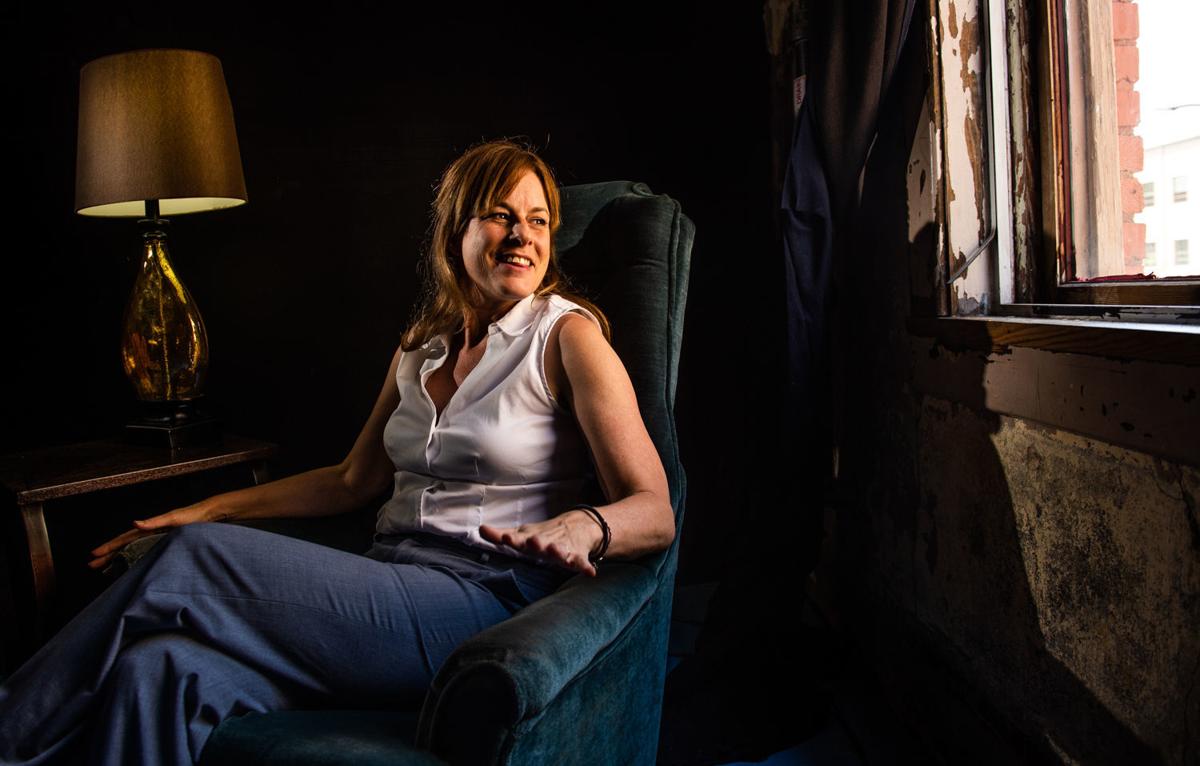 In the Princess Theatre’s rustic third floor space bounded by exposed brick walls, layers of worn paint and images of drama masks, Mary McDonald saw potential. The box office and patron manager at the time, she led the effort to transform the downtown Decatur space, which sits two floors above the main stage where community theater groups, symphonies and dance companies perform, into a home for singer songwriters.

She named it the Listening Room. Since debuting in July 2017, the monthly series has brought in $39,000 in revenue and attracted visitors from nine states.

“Being part of the community isn’t something I’ve had before. I didn’t even know it was something I wanted,” said McDonald, who grew up in rural central Alabama before moving to Arizona, London, Canada, India, South Africa and China. “But I have become part of this community. This theater, this music series, they are my babies. I want so desperately for this place to be successful.”

As the Princess Theatre, nicknamed Decatur’s “crown jewel,” prepares to celebrate 100 years as an entertainment facility in December, the 43-year-old McDonald readies to play an integral role in the center’s next chapter.

Earlier this month, the theater’s board of directors named McDonald as the new executive director of the Princess.

“How successful the Princess is depends on the community support. This building has been part of this town since 1887, first as a livery station and then as a playhouse and an arts center. We can either support it and keep it part of our community or we can have someone buy it and turn it into some corporate structure. That’s why it’s so important for the community to come to events here,” McDonald said.

And, yes, McDonald said, events, from dance recitals to musicals to karate demonstrations, fill the Princess on a regular basis. In 2018, the Princess hosted 127 events and 99 classes.

“I’ve heard time and time again that the Princess doesn’t do anything. Are you kidding me? We had 20,000 patrons come through here since July of 2018 and 59 ticketed events. We have 44 more scheduled plus five more concerts we are trying to book,” McDonald said. “We’ve got to find a better way of promoting the theater and engaging people.”

McDonald's vision, appreciation for the arts and collaborative spirit appealed to the theater’s board.

“Mary has a grasp of making the Princess a centerpiece of our town in all respects and she is able to bring all walks of life to the Princess and make them feel comfortable and wants the art to be a focal point of our community,” said Julia Roth, president of the Princess’ board.

A board member since 2013, Roth witnessed the transition of the Princess’ leadership from Lindy Ashwander, who served the theater 28 years, to Anne Scarbrough, who took over in 2016, to McDonald, who served as the interim operations manager from December 2018 to May.

“I believe in the last six years, the Princess has taken its rightful place in the community as a centerpiece and a gathering space open to all and receptive to community arts groups,” Roth said. “Our focal point right now is trying to strengthen and cement the music aspects of the Princess along with starting a vibrant movie series for the community.”

McDonald credited Scarbrough for laying the technical groundwork to support the next phase of the Princess’ programming.

Under Scarbrough’s leadership, the Princess added a surround sound system, digital cinema screen, digital light board and a house audio system. The theater’s new movie and concert series will highlight those improvements.

The concert series, which will feature seven music events showcasing up-and-coming artists, niche bands, a headliner and a tribute band, will kick off Thursday with Larkin Poe, an Americana roots and rock band with more than 690,000 followers on Facebook.

“Our biggest challenge is our size, 677 seats. Some acts are too big for us and go to Von Braun. Other acts are not big enough. If you don’t have 400 people here, it doesn’t feel full. We need to find those artists that have an established following but are not too big,” McDonald said. “We want to cultivate relationships with these artists so that when they reach a higher level, they want to come back here because of the experience they had here.”

The concert series also will include “Muscle Shoals Meets the Rolling Stones” with the Fiddleworms and guest artists, and “Concert of Lights — A Night with the Veterans” scheduled to coincide with the docking of LST 325, a World War II ship, at Ingalls Harbor.

“Thousands of people are coming to see this ship. This will give them something to do at night. Our goal is to partner with other groups, like hospitality and tourism, the Cook Museum, River Clay and Alabama Center for the Arts, and see how we can collaborate with their events,” McDonald said.

The movie series, which debuted in March with “Out of Africa,” will include showings of the “Rocky Horror Picture Show” in October and holiday movies in December.

Along with focusing on additional programs that would financially benefit the Princess, McDonald and the board evaluated how to decrease expenses. That included closing the coffee shop, which attracted four to five regulars a day.

"It didn't make sense to be open seven hours a day for one hour of activity. We've also cut our utilities in half and the cost of our concessions in half. We've been on a really, really tight budget as we reposition and transition," McDonald said.

Through the concerts, movies, community theater and dance performances and educational outreach, McDonald hopes to return the Princess to the central role it played in the community in the mid-20th century.

“A lot of the pictures you see of downtown Decatur at that time, the Princess was booming. If you weren’t at the Princess on a Saturday night, you weren’t anywhere. We want to be that place again,” McDonald said. “If I see people walking outside, I’ll offer to take them on a tour and share our history. You never know if the next person that walks in will want to be part of the future of this special place.”

Along with the concerts, upcoming events at the Princess include a dance recital on Saturday, a concert by Robin Grant on June 7, a Listening Room concert on June 13, Dream Weavers’ “The Wizard of Oz” on July 12, Bank Street’s “Guys and Dolls” on July 25, a concert by Ronnie McDowell on Aug. 3, The Southern Momma Cledus T Judd Comedy Experience on Aug. 24 and Cirque du Canines on Sept. 14.