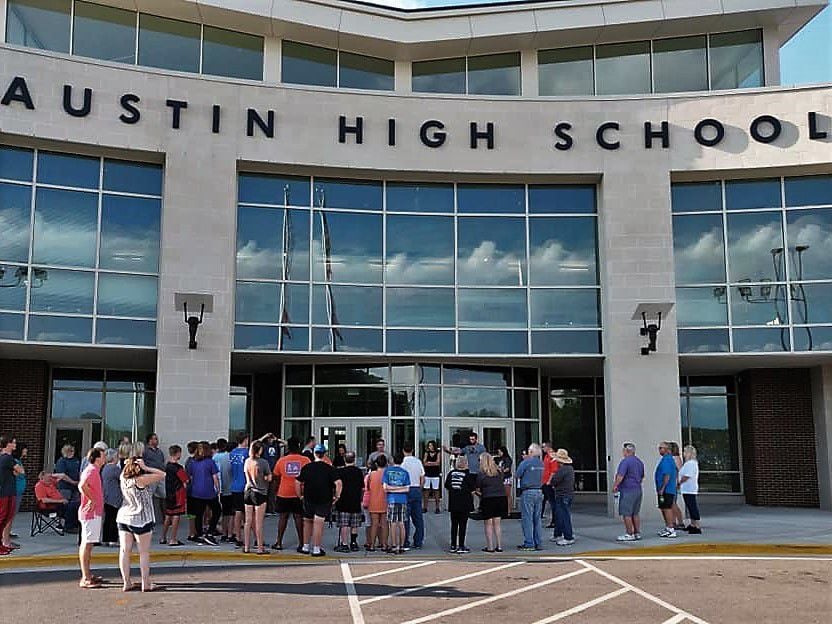 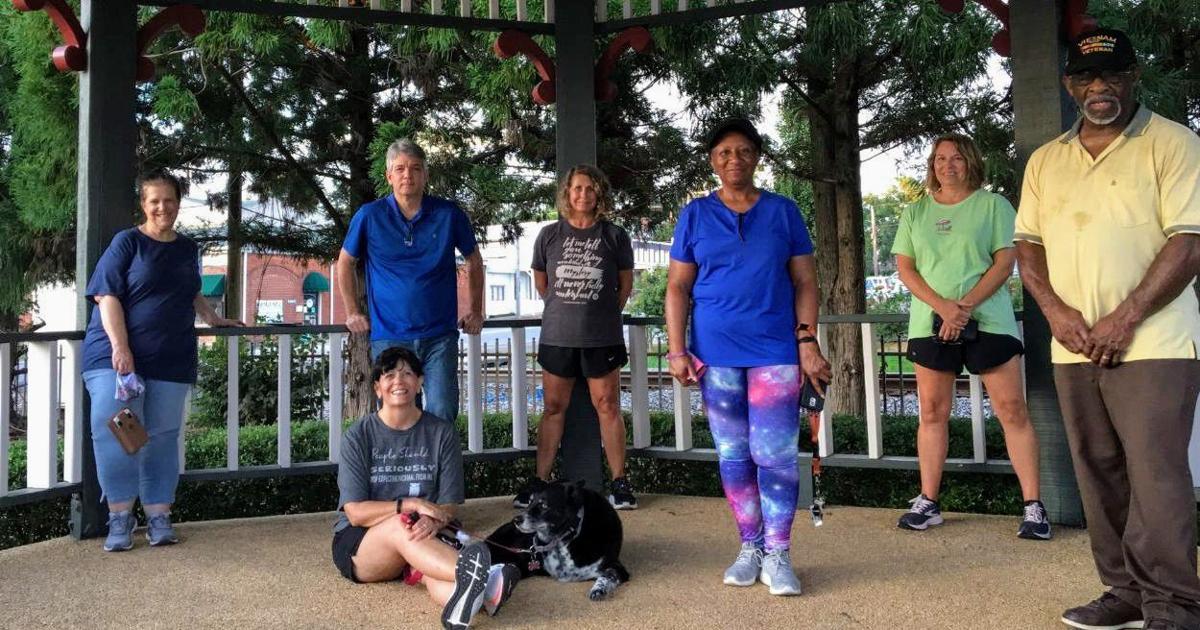 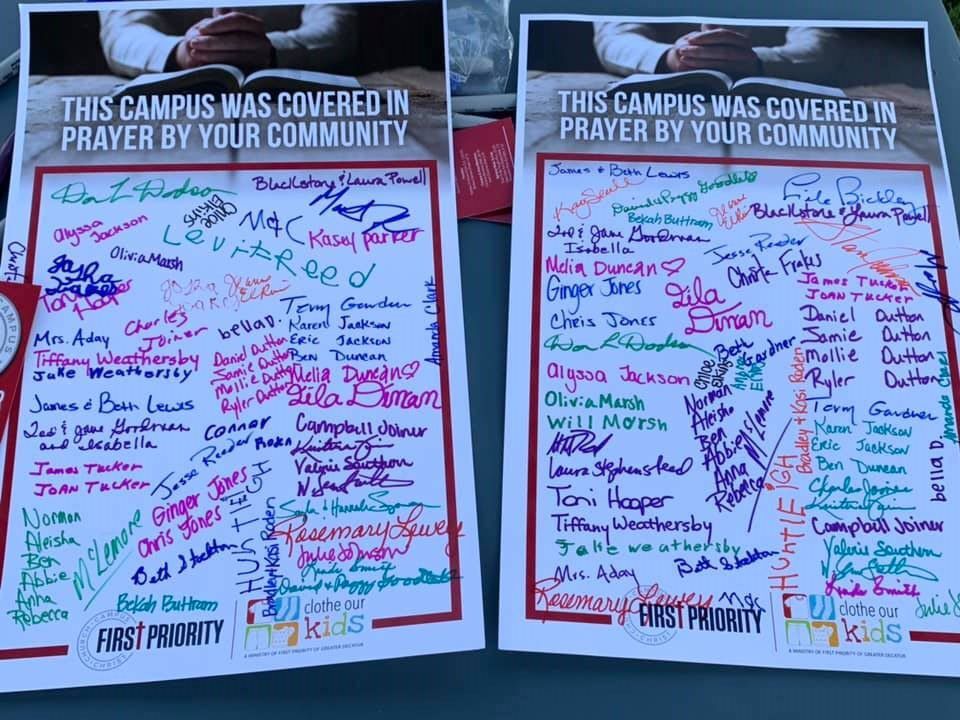 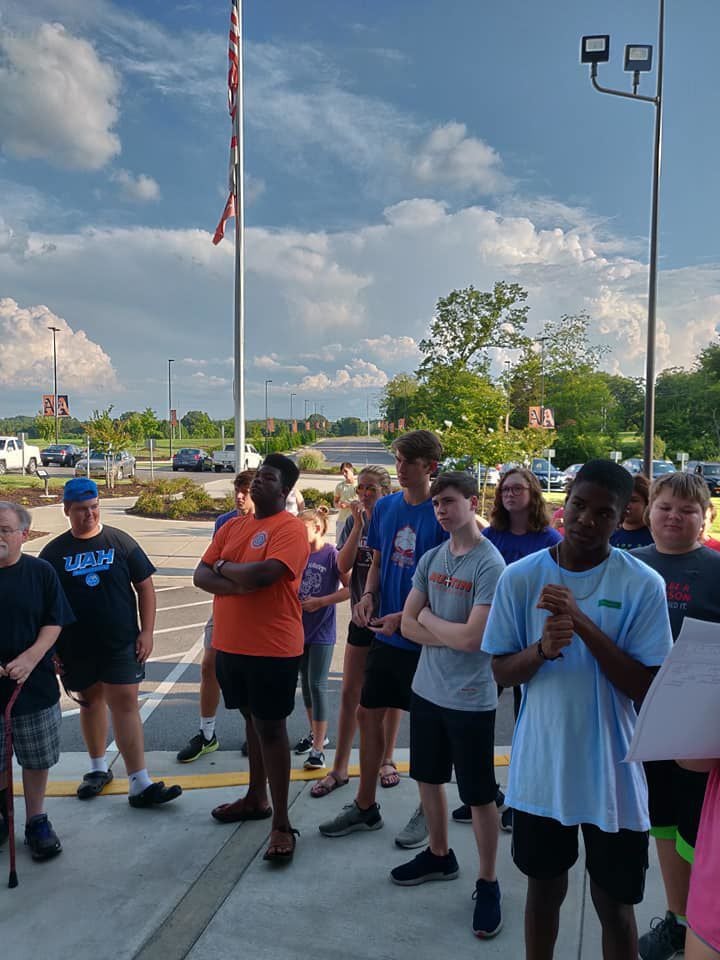 In the breezeways, beside the bus lanes and outside the classrooms, thousands of people will gather at local schools to pray for the students, teachers, administrators, cafeteria workers and bus drivers.

“I don’t know if I’ve ever seen a time more than the present that we really need to bathe our schools and administrators and students and cities and counties and country in prayer,” Larry Franks said. “Sometimes, you don’t know what to pray because it seems like there is so much.”

As director of First Priority of Greater Decatur, a student-led and student-initiated ministry, Franks organizes the annual Community Prayer Walk at the beginning of the school year. This year’s walk, which will span 58 schools and education central offices in Morgan and Lawrence counties, will take place Sunday at 6 p.m.

“It’s an honor to be able to join together as a community and drop the denominational walls and boundaries and say, ‘Hey, let’s intercede on behalf of our students and families,’ during this unsettling time. We certainly believe in prayer and believe it has the power to change things,” Franks said.

Participants will receive a card leading them through prayers for the Christian, lost and hurting students, for wisdom and guidance for the teachers and for encouragement for the support staff and janitors. At every site, a “You are covered by a community of prayer” poster, which First Priority will give to the principal, will be available for participants to sign.

“Many of the principals keep the poster hanging up all year. I spoke at the Lawrence County Board of Education’s principal meeting Tuesday morning and they had the poster from last year hanging on the window,” Franks said.

Formed 11 years ago at 18 schools, First Priority of Greater Decatur holds group meetings on more than 50 campuses in Morgan, Lawrence and Cullman counties, reaching more than 7,800 students each month.

Pastors, business leaders and parents serve alongside teachers as co-sponsors of the clubs. Due to the coronavirus, the clubs, which typically start meeting the week of Labor Day, will hold virtual events for the first nine weeks.

“It’s almost a two-edged sword for us. Since God has blessed our ministry so much and our clubs are so big, numbers wise, we can’t meet on campus,” Franks said. “At first, I was disappointed, but now I am a little excited about the potential of meeting virtually. By meeting virtually, everybody, including kids who do not attend our schools, can participate. Our reach will increase greatly.”

“The goal is to have a time of unity of prayer. We are praying for unity among churches, for small businesses, for the city government, for law enforcement and for schools,” Burgess said.

The challenges of the coronavirus combined with the nation’s unrest spurred Burgess to organize the walks.

“Whether it was a bunch of people or just me, I was going to walk around Hartselle and pray. That is what I felt God leading me to do,” Burgess said. “To me, the answer to all of this mess is Jesus. If we will love people as we love ourselves, the rest will take care of itself. We all need to treat each other with love and respect.”

The walks, which started with two people, attract five to six participants from different churches. Individuals who can’t walk can bring a chair and pray at the gazebo or pray from home, Burgess said.

The prayer walk begins at 7 p.m. on Tuesdays at the gazebo on Main and Railroad streets, weather permitting, and lasts 30 minutes.

Both Burgess and Franks asked participants to practice social distancing while at the walks.

Todd, Day tied for PGA lead; Koepka continues to be a major force

'See you in court': ACLU files nearly 400 cases versus Trump

Hurricane Alpha? Amped up season forecast, names may run out

Should the National Rifle Association be dissolved as New York’s attorney general has requested?