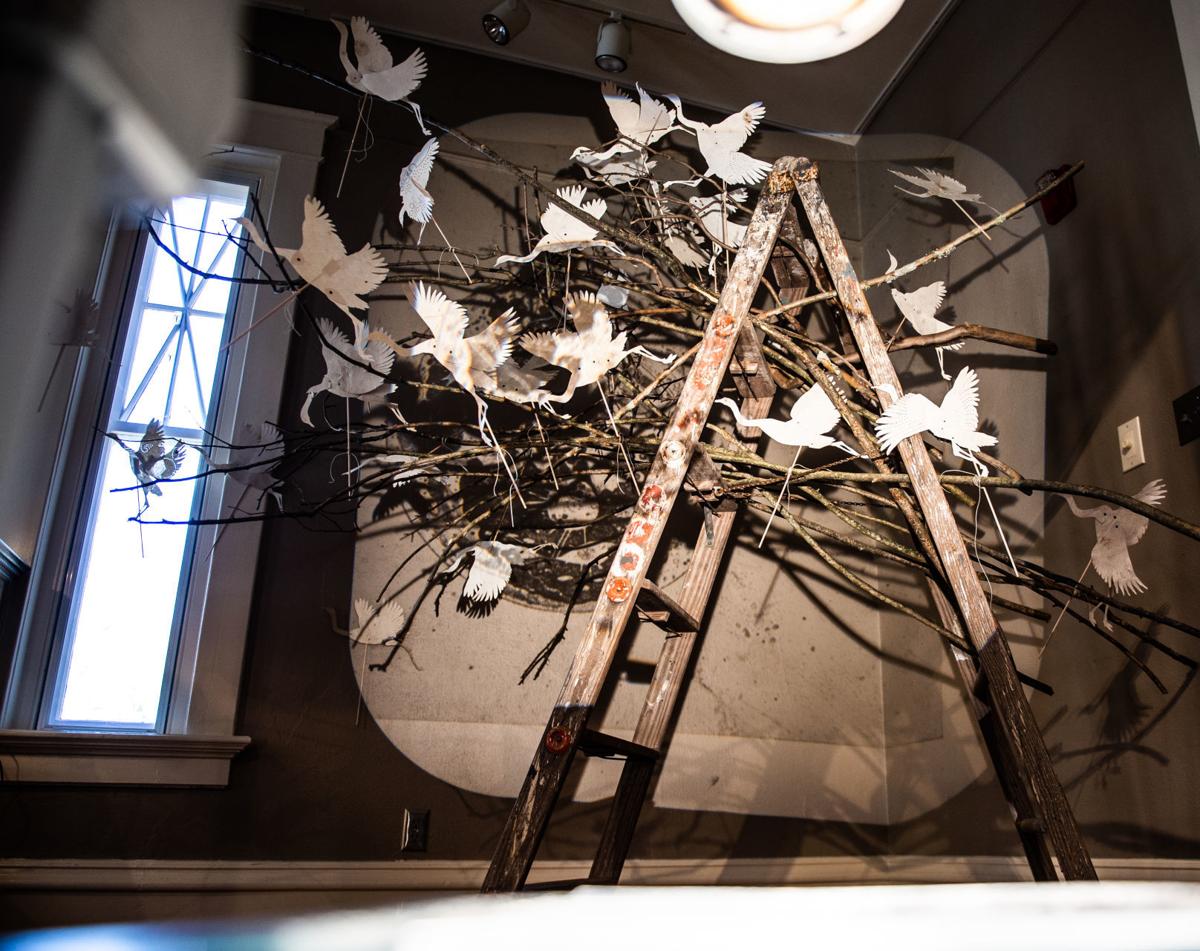 “Night After Night O’Moon” at the Carnegie Visual Arts Center, which features installations including images of whooping cranes, will be open during Festival of the Cranes. [DAN BUSEY/DECATUR DAILY] 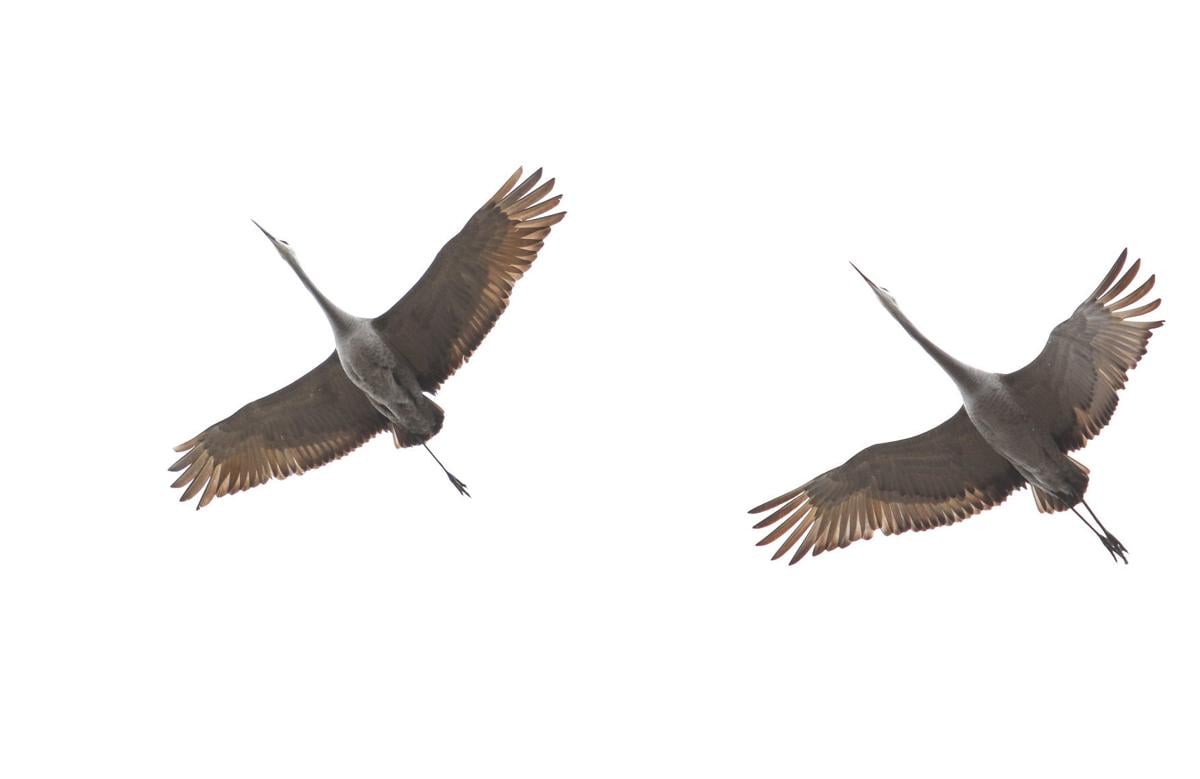 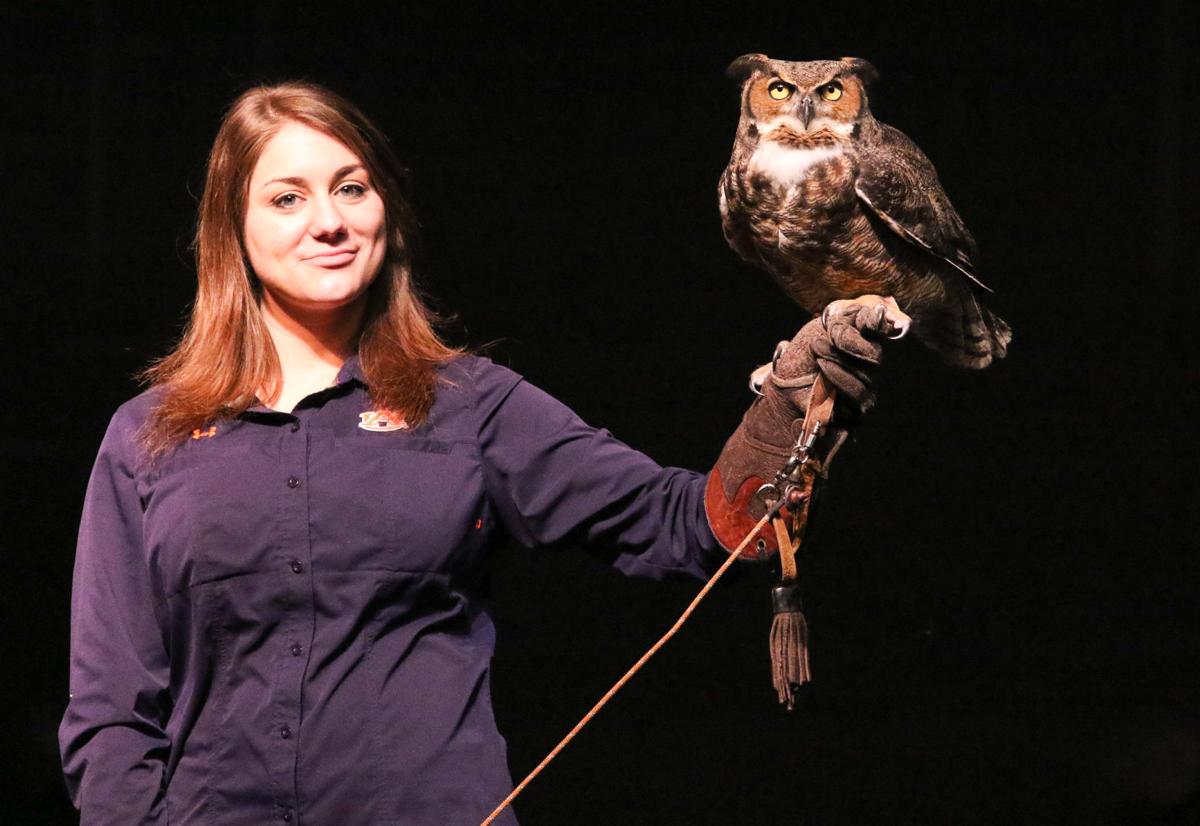 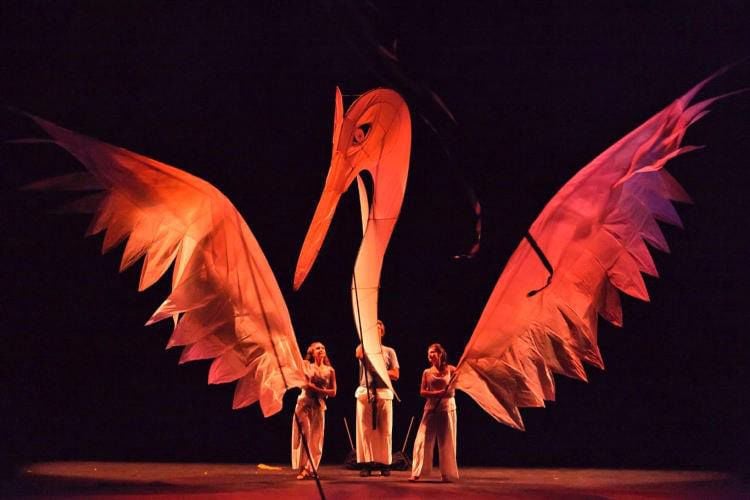 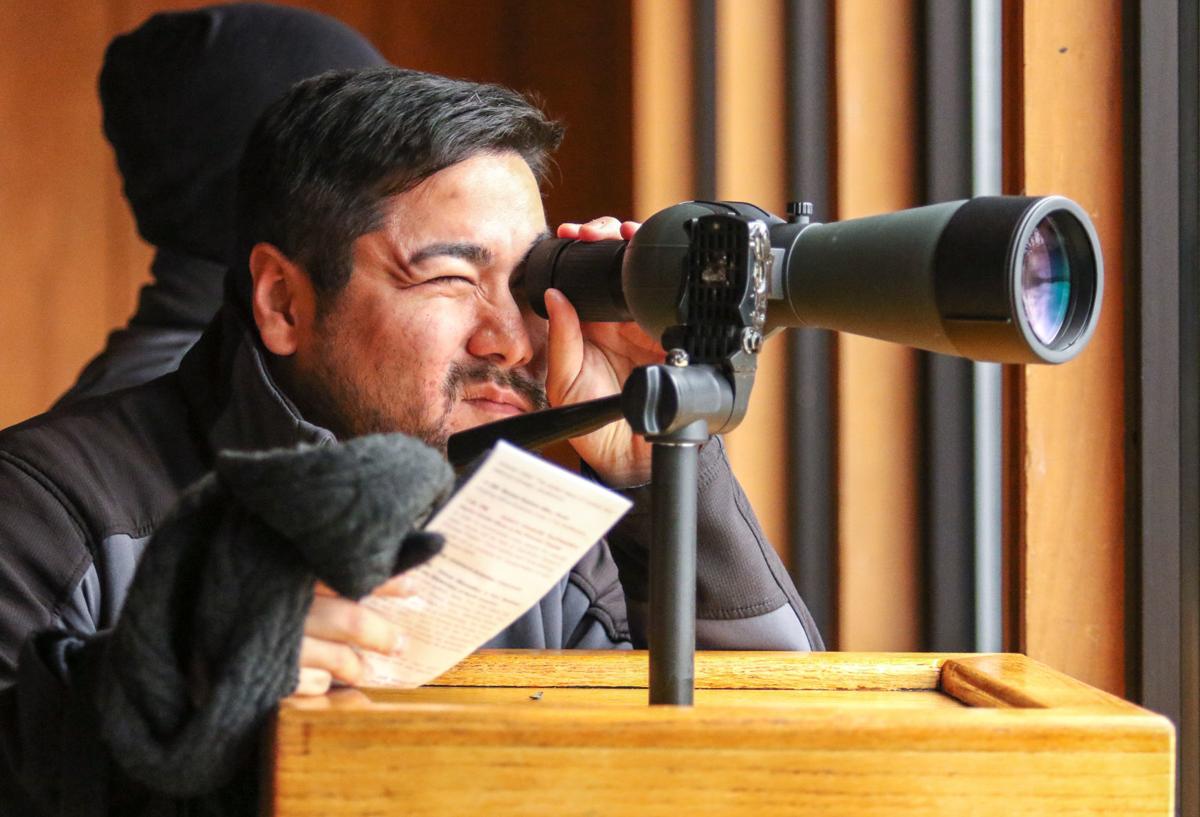 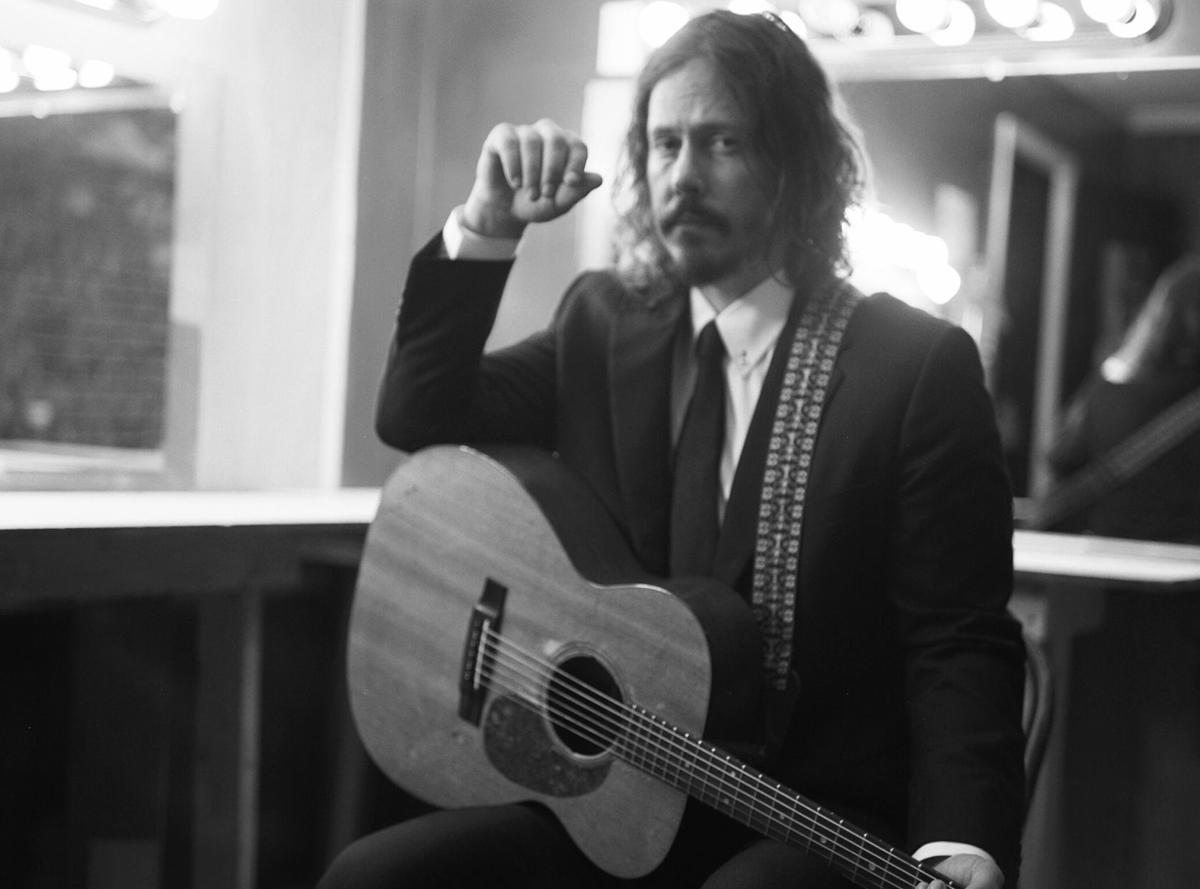 Grammy Award winner John Paul White will perform at the Princess Theatre on Friday night as part of Festival of the Cranes. [COURTESY PHOTO]

“Night After Night O’Moon” at the Carnegie Visual Arts Center, which features installations including images of whooping cranes, will be open during Festival of the Cranes. [DAN BUSEY/DECATUR DAILY]

Grammy Award winner John Paul White will perform at the Princess Theatre on Friday night as part of Festival of the Cranes. [COURTESY PHOTO]

Not even a partial nationwide governmental shutdown, which shuttered the doors of the Wheeler National Wildlife Refuge’s visitors center and observation building, could stop bird watchers and nature lovers from celebrating whooping cranes — the endangered 5-foot-tall birds that call north Alabama their winter home.

“They are such beautiful birds. Other than the fact they are so beautiful and stick out really well in the landscape, they are such complex creatures,” said Lexi Eiler with the International Crane Foundation. “They dance with their mates and they dance to defend their territories. They are just really impressive birds.”

In celebration of the thousands of Sandhill cranes and 13 whooping cranes currently on the refuge, the Wheeler National Wildlife Refuge Association organized the Festival of the Cranes six years ago. If past events serve as any indication, more than 5,000 people from a dozen states will attend the annual two-day festival scheduled for Saturday and Sunday, which will feature a Grammy Award-winning musician, storytellers, a larger-than-life interactive puppet experience by Jim Henson’s daughter, art exhibits and a documentary about whooping cranes by Ted Turner’s son.

“The whooping cranes are what make this festival special," said Teresa Adams, supervisory park ranger at Wheeler. "They are one of the most endangered birds. We are so lucky around here. Really, to be able to look at those birds and do it from the observation building with a scope is just incredible. It is such a rare opportunity."

The whoopers, a term used by bird watchers, first appeared in north Alabama in 2004 to the surprise of researchers and the bird-watching community. Biologists planned for the whooping cranes, which numbered 15 in 1941, to winter in Florida with its salt marshes and blue crabs — a habitat and diet similar to the whoopers that wintered and thrived at Aransas National Wildlife Refuge in Texas.

The whooping cranes had other plans.

To raise awareness about the rare whooping cranes, local refuge officials and the Friends of Wheeler National Wildlife Refuge organization envisioned the Festival of the Cranes.

“We are always looking for ways to get the community involved and recognize the intrinsic value of the refuge," said Susan Estes, a member of the friends group. "When the whooping cranes came, we said, ‘Hey, this is major.’ This is an opportunity to engage the public and inform them about the refuge and the birds."

Through the Festival of the Cranes, organizers aimed to educate visitors by featuring nationally-known speakers, holding workshops and providing activities for children.

“We knew it could be a great pull to Decatur," Adams said. "The fact that we have this many whooping cranes that spend the winter here is real special. From the very beginning, we wanted this to be a community event and not just a refuge event."

Along with bird watchers from across the United States, the festival caught the attention of the nonprofit International Crane Foundation.

“My favorite thing about the festival is it’s a platform that allows different kinds of people who would not usually be interested in crane conservation to get exposed to what Wheeler is doing,” said Eiler, whose background lies in endangered species conservation. “Through my past experiences, I’ve seen the need for education to be part of conservation. You can do whatever you want to help these birds, but if you don’t get other people to care about them there’s only so much you can do.”

When the whooping cranes started migrating to north Alabama in November, so did Eiler. She attended festivals, talked with environmental groups and led programs at the Decatur Public Library.

“I hang out and I talk to as many people as possible that will listen to me about whooping cranes. The festival is the crown jewel of all the outreach festivities. It’s such a cool event and the refuge association has done a great job of growing that event,” Eiler said.

Outside of the Wheeler National Wildlife Refuge, special events include a concert by Grammy Award winner John Paul White, an elaborate puppet show created by Jim Henson’s daughter Heather Henson and presentations by Auburn University’s Southeastern Raptor Center at the Princess Theatre, a documentary on whooping cranes by Ted Turner’s son Rhett Turner and a juried art show at the Alabama Center for the Arts and a crane journal workshop at the Carnegie Visual Arts Center.

“Having endangered whooping cranes and thousands and thousands of Sandhill cranes is such a special thing. We need to highlight and appreciate and protect this,” Adams said.

When: Saturday and Sunday with special events taking place Thursday and Friday

Parking: Park in downtown Decatur. A shuttle will run from the Princess Theatre to Wheeler National Wildlife Refuge from 7:30 a.m. to 4 p.m. Cost is $2 roundtrip.

Schedule: All events will take place at the refuge unless noted otherwise.

“Journey of the Whooping Crane,” a documentary film by Rhett Turner, 6 p.m., Alabama Center for the Arts. Free. To reserve a seat, visit the Festival of the Cranes Facebook page.

Juried Festival of the Cranes exhibit, 9 a.m.-3 p.m., at the Alabama Center for the Arts. Free.

Crane journal workshop, 10 a.m.-3 p.m., at the Carnegie Visual Arts Center with artist Doug Baulos. Participants will create and experiment with handmade paper to create a book examining whooping cranes. The come-and-go workshop is recommended for ages 12 and older. Free.

“Celebration of Flight” by IBEX Puppetry, 6 p.m., at the Princess Theatre. Tickets start at $5.