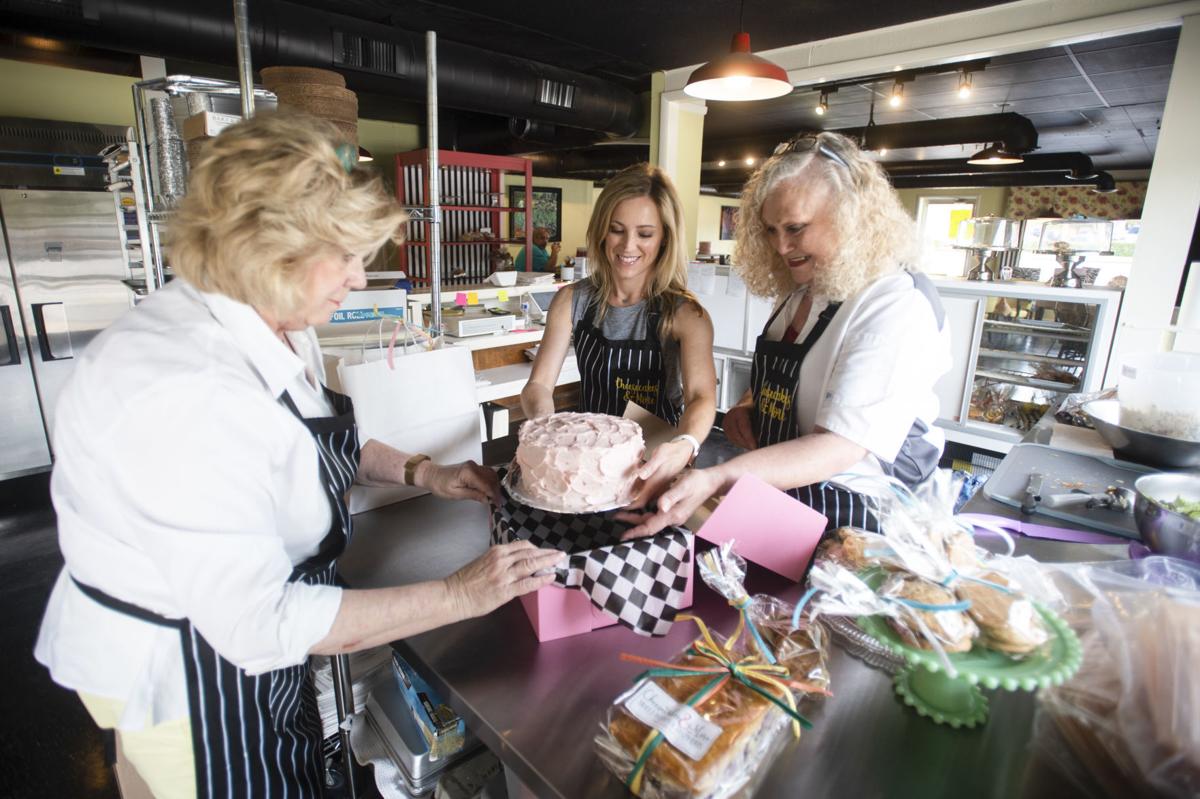 Connie Tolbert, left, Lauren Riehl and Juanita Healy package a cake for a customer at Cheesecakes and More, which opened last month amid restaurant restrictions related to the coronavirus pandemic. [DAN BUSEY/DECATUR DAILY] 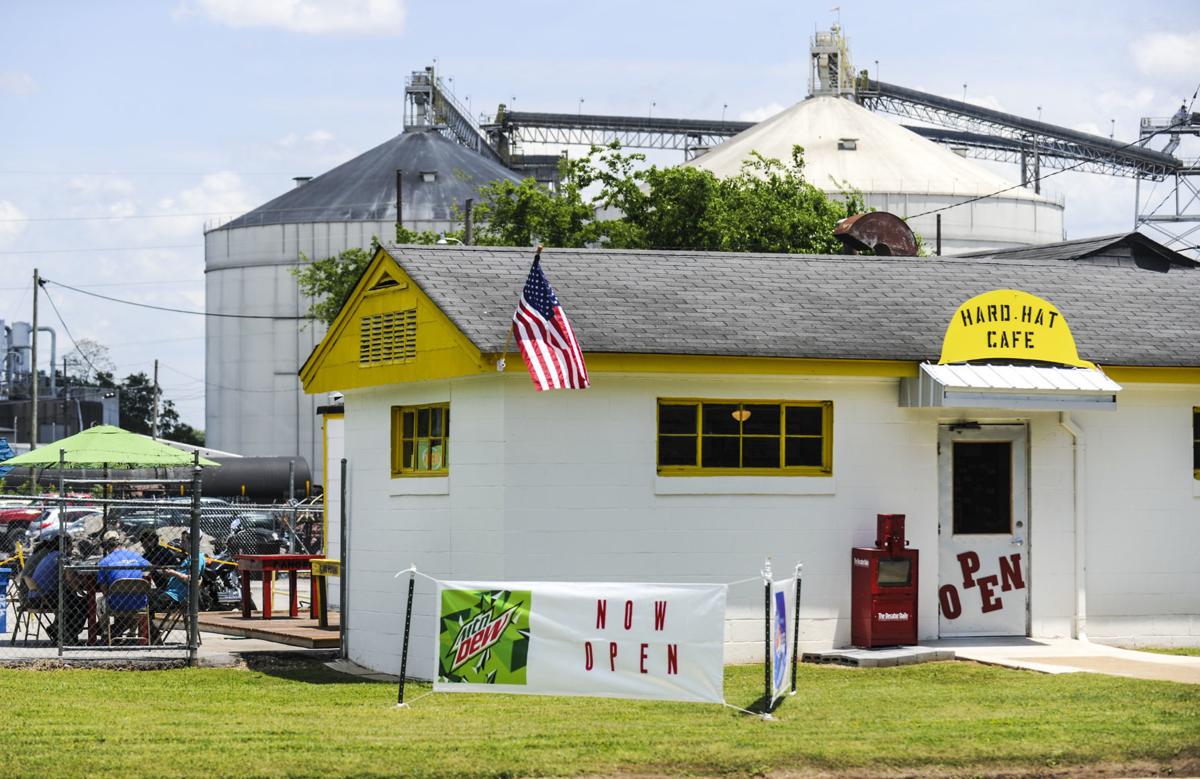 The newly opened Hard Hat Cafe is located at the heart of the industrial area along Church Street Southeast in Decatur. [JERONIMO NISA/DECATUR DAILY] 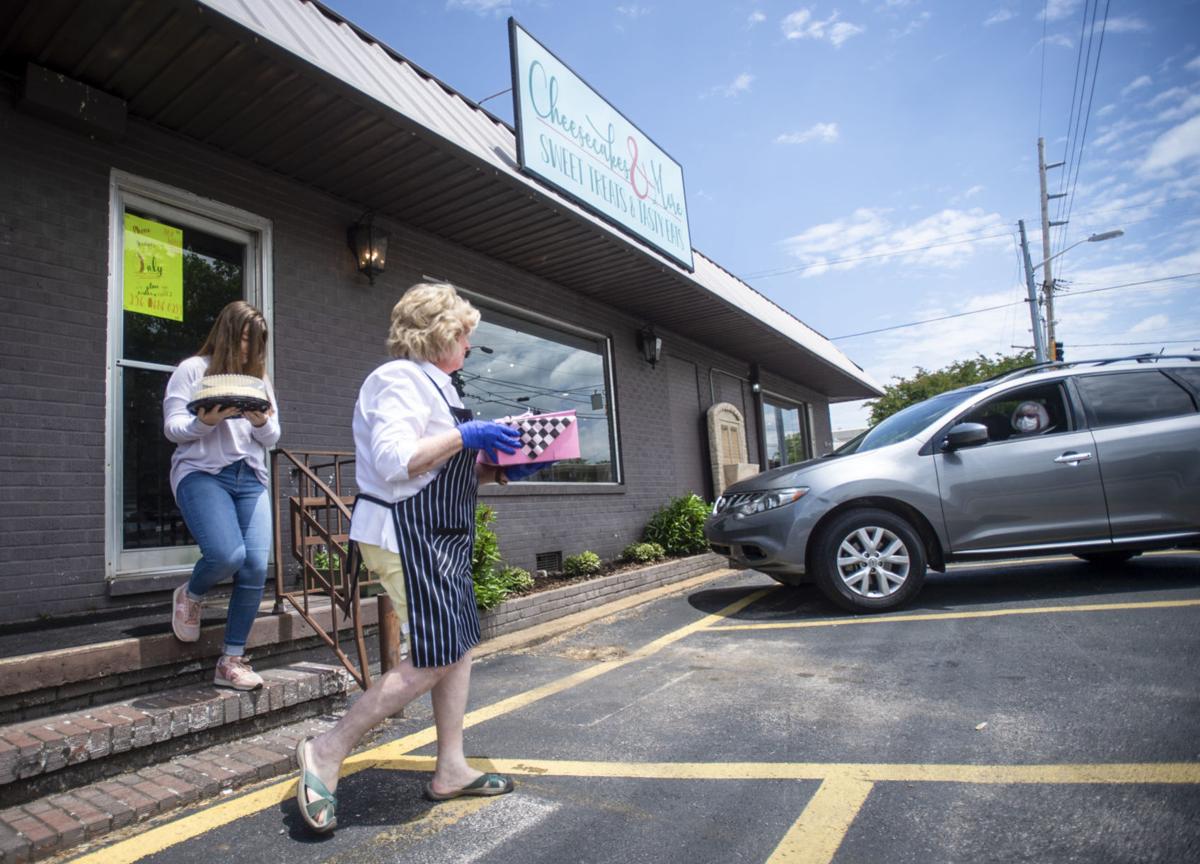 Abi Counts, left, and Connie Tolbert walk out with a to-go order at Cheesecakes and More on the corner of Somerville Road Southeast and Eighth Street. [DAN BUSEY/DECATUR DAILY]

Connie Tolbert, left, Lauren Riehl and Juanita Healy package a cake for a customer at Cheesecakes and More, which opened last month amid restaurant restrictions related to the coronavirus pandemic. [DAN BUSEY/DECATUR DAILY]

The newly opened Hard Hat Cafe is located at the heart of the industrial area along Church Street Southeast in Decatur. [JERONIMO NISA/DECATUR DAILY]

Abi Counts, left, and Connie Tolbert walk out with a to-go order at Cheesecakes and More on the corner of Somerville Road Southeast and Eighth Street. [DAN BUSEY/DECATUR DAILY]

Two new Decatur restaurants have opened despite obstacles from the coronavirus pandemic, and city officials say four additional restaurants are in the planning stages.

“It’s challenging. We had to figure out what we could and couldn’t do,” said Juanita Healy, co-owner of the new Cheesecakes and More restaurant across the street from Decatur Morgan Hospital on the corner of Somerville Road Southeast and Eighth Street.

Cheesecakes and More took its first orders April 6, and the new Hard Hat Café on Church Street Southeast opened May 12 even though restaurants have faced restrictions, including the current limit of 50% capacity for their dining rooms.

Healy previously owned Keep Your Fork Café from 2015-2016. She said opening a restaurant was more of a challenge this time because state health orders forced restaurants to provide only to-go orders for the entire month of April.

“It’s more labor intensive to package everything to go,” she said. “It’s a little more work, but we’ve been pleased so far.”

Terry Gipson, owner of the Hard Hat Café, said it’s been tough to establish a customer base early on. Gipson mostly relied on walk-up orders, promotion through social media and phone orders.

He said he expects the restaurant, which is situated in the heart of Decatur’s industrial district, to gain customers gradually as more people drive by it on the way to work.

“Everyone seems to think it’s a good place,” he said. “It should take off.”

Healy said people knew about her cheesecakes through word of mouth and eating at Keep Your Fork, which helped bring in customers when her new restaurant first took orders.

“It was really pretty busy,” she said. “We had much more customers than we expected.”

Cheesecakes and More also offers cookies and other bakery items. It has a lunch menu featuring a pimento cheese sandwich and a chicken salad sandwich.

The restaurant is currently only doing curbside pickup but plans to allow dine-in customers in the future. It is open from 7:30 a.m.-2:30 p.m. Monday through Friday.

Hard Hat Café serves a breakfast menu of assorted biscuits as well as a breakfast plate. Its lunch menu features sandwiches, hamburgers and a meat and three veggies plate. Hard Hat Café is allowing dine-in customers and is open from 6 a.m.-5 p.m.

Four more restaurants remain in the planning stages, according to Tom Polk, development services manager with the City Building Department.

Chipotle, confirmed by city officials to be one of the four restaurants, submitted permit applications for the interior and exterior of the building, which have been reviewed and approved. It will be an outparcel at the Kroger-anchored Decatur Shopping Plaza on Beltline Road Southwest.

“The project is moving forward,” Polk said. “They haven’t selected a contractor yet.”

Another restaurant will replace the old Ruby Tuesday building on the Beltline. Polk said the design is “moving forward” but could not reveal what it will be.

“They have not submitted anything,” he said.

City Planner Erin Johnson said she could not release any new details about any of the three planned restaurants.

The four restaurants in the planning stages may not face the same challenges that Healy, along with her two partners Connie Torbert and Lauren Riehl, and Gipson face currently as they navigate restaurant openings while under state health orders.

Still, Healy said she's optimistic for the future of the restaurant.

“I hope that we can continue with the pace that we started at,” she said. “We are going to add variety and try to add more customers.”