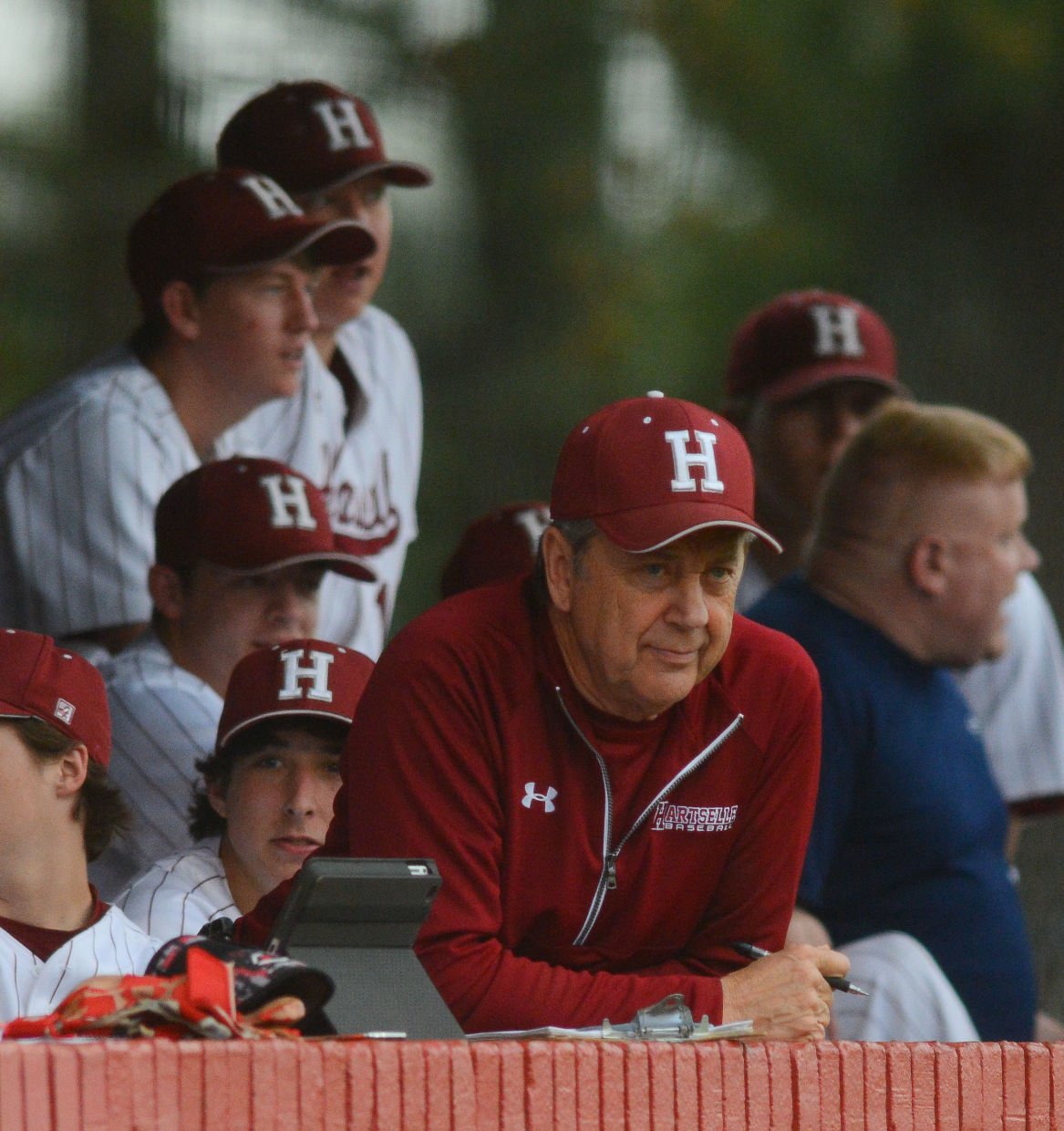 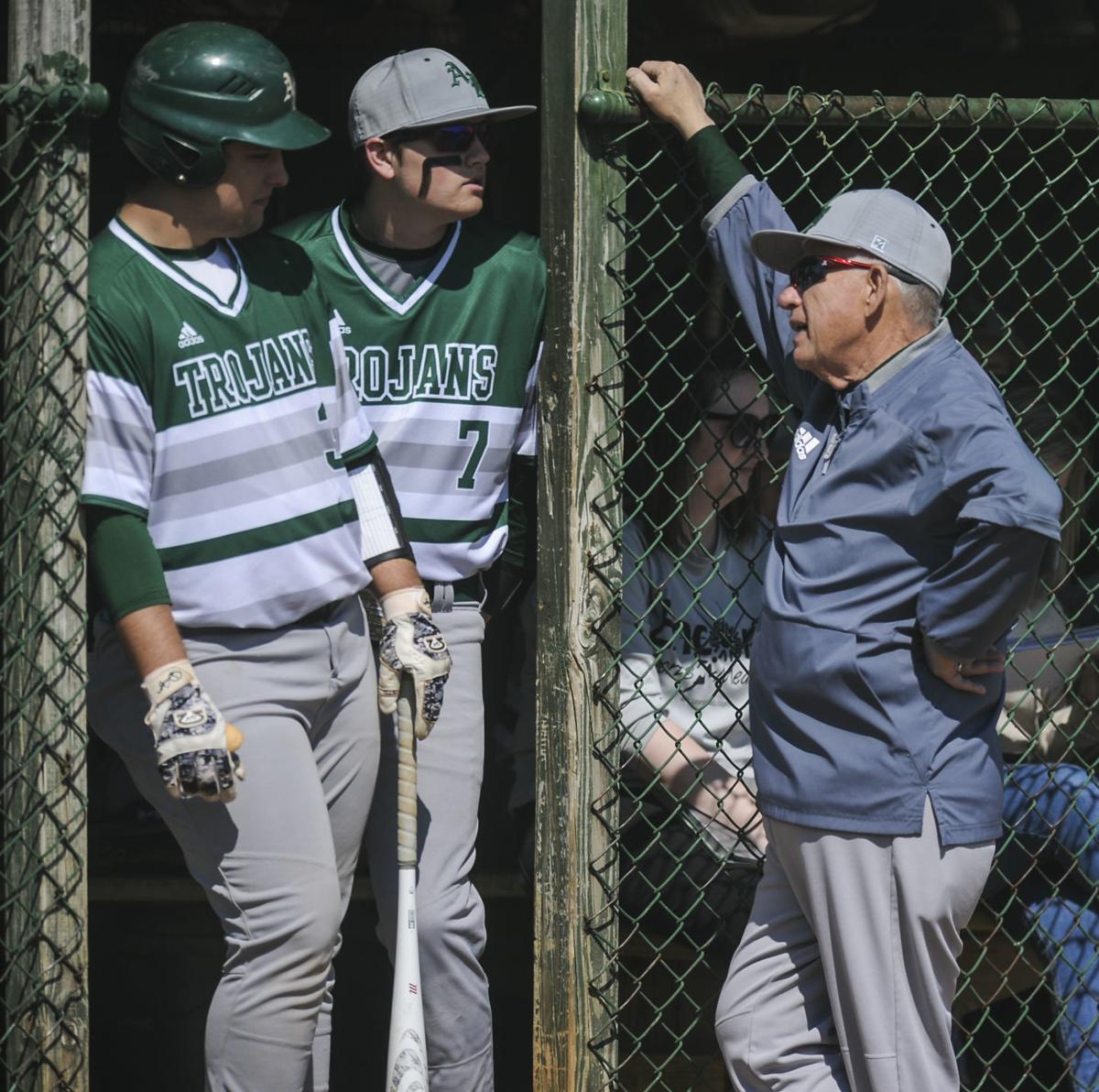 Hartselle’s William Booth and Athens Bible’s Bill Murrell have been high school baseball head coaches at their schools for a combined 81 years.

In all their years of coaching, the two have never experienced anything like this season. Because of the disruption of school due to the coronavirus outbreak sweeping the country, baseball season — along with all other spring sports — is on hold with a real chance of being canceled and no championships decided.

Booth and Murrell both say they coach for the love of the game with a priority on taking advantage of the opportunity to shape young lives. They both agree the No. 1 priority right now is beating the virus and saving lives. They hope that happens soon and the country can get back to a “normal” routine that will include some more high school baseball.

Gov. Kay Ivey canceled schools across the state after last Wednesday for 2½ weeks. The earliest schools could reopen would be April 6. She could extend the shutdown or even end the school year.

In a time of uncertainty, one thing that is certain is that there can be no more springs sports if school does not return.

“I don’t how you win making that decision,” Booth said. “I would hate to be the one making the call.

Booth, 75, is in his 34th year as Hartselle’s baseball coach. Hartselle (10-7) is ranked No. 7 in Class 6A. The Tigers last played on March 14 and have 15 games left on the regular season schedule.

Besides coaching baseball, Booth is in charge of the transportation system for Hartselle City Schools. With no baseball team to coach and no buses rolling, he has free time in March.

“It’s too wet to work outside, so I’m stuck inside watching TV,” Booth said. “Since there are no sports being played, there’s really nothing to watch.”

Murrell, 72, is in his 47th year as the Athens Bible head coach. His Trojans (2-8-1) are a young and inexperienced squad with 15 games left on the schedule.

“This situation changes so fast that I’m not sure what’s going to happen,” Murrell said. “The more I hear, I think there’s a real chance school will stay closed for the rest of the (school) year.”

The biggest losers in all this are the seniors on every team in the state who see their last season end with a thud. Hartselle has seven seniors. Athens Bible has three.

“I really feel for senior Grey Fortenberry,” Murrell said. “He missed most of last year after tearing his ACL during basketball season. He worked really hard to get ready for this season.”

Booth didn’t play baseball in high school at Hartselle. He said there wasn’t a place for a 5-foot-4, 104-pound player.

He grew up a fan of the Milwaukee Braves because of left-handed pitcher Warren Spahn. That was going against his family, who mostly cheered for the St. Louis Cardinals.

“My dad was a big Cardinals fan and we would listen to their games on the radio at night,” Booth said. “That’s back in the days when Stan Musial played.”

Murrell’s father was a preacher and the family moved around. After finishing the eighth grade at a small school in Florida, he moved to Indianapolis to a high school with a senior class of 625.

“When I lived in Indiana I got to go to Chicago and see the White Sox and the Cubs play. Today, I root for the Cubs and the Atlanta Braves.”

This is actually Murrell’s 50th year with Athens Bible baseball. He was an assistant for three years before becoming head coach. His 2008 team won the Class 1A state championship.

The Alabama High School Athletic Association has ruled that no organized team workouts can be held during the pause in the season. Players are not even allowed to work out on campus. If the season were to return, the players would no doubt need transition time to prepare for games.

“We have a message group, and I sent them one on the first day,” Murrell said. “I told them all to stay healthy. That’s the most important thing right now.”