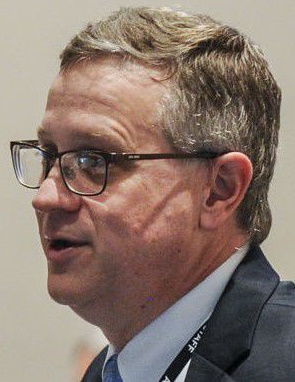 Mandatory rules imposed on Jefferson County and the five counties surrounding it, including closure of child care centers and a ban on eating or drinking in restaurants, could be implemented statewide because of the coronavirus outbreak, the state health officer warned Tuesday.

Decatur Morgan Hospital had not received results from the Alabama Department of Public Health on the four tests administered over the weekend as of Tuesday afternoon, according to spokesman Ed Nichols, and no additional people had been tested for the coronavirus. The ADPH has reported one confirmed case of the virus in Limestone County and none in Lawrence or Morgan counties.

The number of positive coronavirus tests in Alabama climbed from 29 Monday afternoon to 39 on Tuesday afternoon, according to the Alabama Department of Public Health, including the first case identified in Madison County.

“We are very early in the investigation of this case,” Dr. Karen Landers, with the ADPH, said of the Madison County case. “While our information is preliminary, we are looking into whether the case could link to an international case.”

A second COVID-19 case among Redstone Arsenal tenant organizations was identified Tuesday, the Army reported. The first, reported Saturday, was an employee who works at NASA's Marshall Space Flight Center. The one reported Tuesday is a Madison County civilian who works in the pharmacy at Fox Army Health Center. It was not immediately clear if the infected person is the same Madison County case reported by ADPH on Tuesday. The pharmacy will remain closed until March 25, according to officials.

Jefferson County has 21 confirmed cases, the highest in the state. State Health Officer Scott Harris said this could in part reflect that testing is much more accessible there than in other counties, with hundreds of tests administered at drive-thru clinics.

Shelby County has four confirmed cases, followed by Tuscaloosa and Lee with three each, and Montgomery and Elmore counties with two each. Limestone, Madison, Baldwin and St. Clair counties each have one confirmed case.

No deaths related to COVID-19 have been reported in Alabama.

No screening centers have been set up by the Huntsville Hospital System, which includes Decatur Morgan and Athens-Limestone hospitals. Harris said coronavirus screening sites have been set up in Hale, Montgomery, Marengo, Tuscaloosa, Jefferson and Elmore counties. He expected five to 10 more to be set up in other counties by the end of the week.

Decatur Morgan Hospital President Nat Richardson said Monday the hospital is looking at a couple of possible off-site drive-thru testing locations in Decatur, but Nichols on Tuesday said nothing has been finalized.

“Huntsville (Hospital Health System) has not made a decision. They’ve said they’re looking at that, but that’s in coordination with the Department of Public Health,” Nichols said.

The main delay in setting up more screening sites, Harris said, is a shortage of supplies needed at the sites, such as personal protective equipment and swabs.

"We have a particularly acute issue in our state, as do most states right now, with obtaining specimen swabs," Harris said. "The federal government has sort of taken all orders of those that were to be shipped to states, and states no longer have access to those for a few days, we are told. We are working very hard with our suppliers and with other states and attempting to relieve that shortage as soon as we can."

People who believe they may be infected should call their doctor or the ADPH hotline number for information on testing: 888-264-2256.

The new emergency orders announced Tuesday apply to Jefferson, Tuscaloosa, Walker, Blount, St. Clair and Shelby counties. Most of the rules remain in force until at least April 6. The Jefferson County Health Department announced the orders in that county, and ADPH tracked the order in surrounding counties. Harris said indications of significant transmission in other counties as testing ramps up could result in statewide implementation. Among the rules imposed in the six counties:

• All gatherings of 25 or more people in a single room or space, or gatherings of any size that cannot maintain a consistent 6-foot distance between people. are prohibited.

• All preschools, child care centers with 12 or more children, and K-12 private schools shall be closed. Onsite day care facilities at hospitals are exempted in an effort to preserve hospital workforce capacity. Alabama had previously ordered all public schools closed from Thursday until April 6.

• Restaurants, bars and breweries are prohibited from allowing on-premises consumption of food or drink for one week.

• All nursing homes and long-term care facilities must prohibit visitors, except for compassionate care situations such as end-of-life care.

"I have given very strong consideration to implementing this statewide. I understand that would have a tremendous effect on a lot of people, particularly on things related to senior centers and schools and day cares," Harris said. "It is certainly possible that the situation may warrant that we implement this statewide.

"I would like to say today in the strongest possible terms that I encourage everyone in these other counties not affected by the order to go ahead and proceed with attempting to implement these orders."

He recommended that all people, especially the elderly, delay elective medical and dental procedures, and also put off visits to barbershops, nail salons, and other businesses that involve close person-to-person contact.

Harris encouraged people to take basic steps to avoid transmission of the virus.

"It is spread from person to person, but can be spread from contact with a surface, so a door knob or an elevator (button) is certainly one possibility. … Make sure to clean those surfaces that are being touched often by other people."

For most people, the immediate risk of becoming seriously ill from the virus that causes COVID-19 appears to be low, according to the Centers for Disease Control and Prevention. Older adults and people of any age with underlying health conditions — such as diabetes, lung disease or heart disease — are at greater risk of severe illness from COVID-19.

Harris said that based on the experiences of other countries, COVID-19 could remain a significant issue in the state for months, but he hopes social distancing and other mitigation efforts shorten the duration of the disease.

"Social distancing is the most important thing we can do at this time," Harris said. "It is time for Alabamians to hunker down, to isolate themselves, to stay away from other people. It is time to stay out of the public to the extent that you can."

If you have these symptoms, it is possibly the common cold or a common strain of the flu. If you are experiencing symptoms, call your primary care physician or an urgent care facility first. Do not go to the provider before calling. For information on how to be tested for the coronavirus, call 888-264-2256.

To protect against spreading viral illnesses:

• Clean and disinfect surfaces with isopropyl alcohol and cover your cough or sneeze with a sleeve or tissue.

SOURCE: Division of Infectious Diseases, University of Alabama at Birmingham