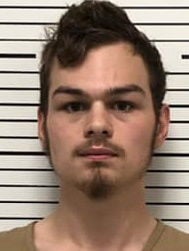 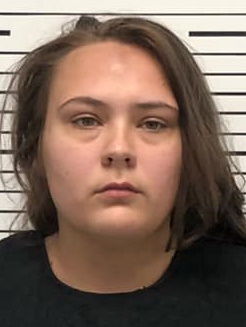 Two people have been arrested on murder charges in a Lawrence County slaying that was initially reported to authorities as a burglary in which the intruder was shot, the Sheriff’s Office said Thursday night.

Karsin Page, 19, of Trinity was charged with capital murder and Serenity Marie Arteaga, 22, also of Trinity, was charged with murder in the shooting death Wednesday afternoon of Jordan Wiley Miller, 23, of Lawrence County 217, Trinity.

Scott Norwood, Lawrence County coroner, pronounced Miller dead at 3:49 p.m. and said he was fatally wounded by a 12-gauge shotgun.

It was the second slaying in a six-day span in Lawrence County, which hadn’t previously had a homicide in 2020.

The four suspects were booked into the Lawrence County Jail.

“This was not a random act,” Lawrence County Chief Deputy Tim Sandlin said in a statement posted to Facebook. “All those (arrested) knew each other. The investigation continues, and there could be additional criminal charges as we progress forward.”

The Trinity Police Department was the primary responding agency to the shooting in its jurisdiction after it was reported about 2:30 p.m. but requested the Sheriff’s Office lead the investigation.

“The initial call on Wednesday … was regarding a burglary at a residence on County Road 549 in Trinity wherein it was reported that an intruder was shot,” the Sheriff’s Office statement said. “Investigators talked with an adult male and female that resided in the home.”

Norwood said Miller’s body was taken to the state forensics office in Huntsville. Parkway Funeral Home in Caddo will handle the arrangements.

On Oct. 9, KC Lynn Hatfield, 29, Lawrence County 188 near the Bankhead National Forest, died at Huntsville Hospital after receiving a gunshot wound to her head, authorities said.

Hatfield's boyfriend, Jeffrey Dylan Spillers, 23, has been charged with manslaughter, a Class B felony, in her death. The couple shared the same address, authorities said.