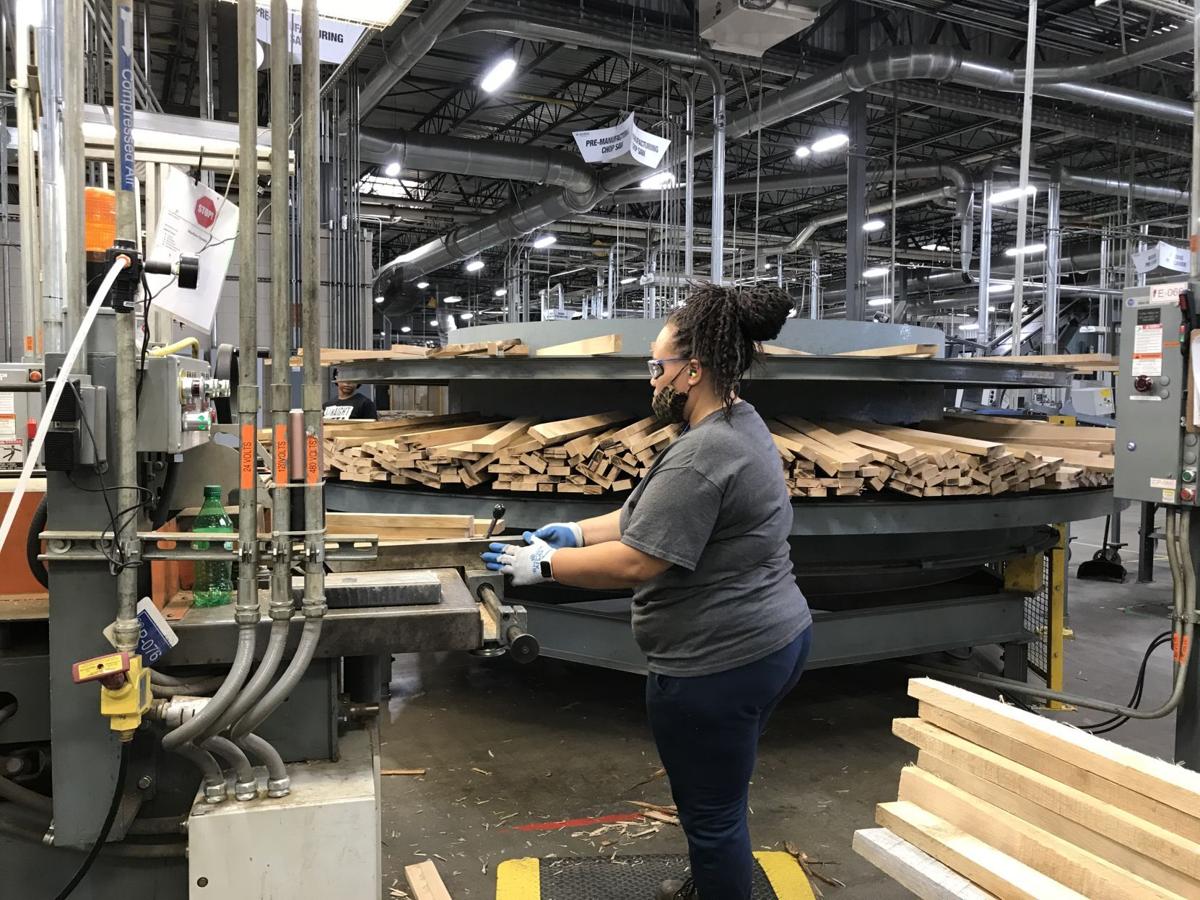 A worker at the Jack Daniel Cooperage processes white oak staves as barrels are produced at its Trinity plant. No other species of wood is used. [COURTESY PHOTO] 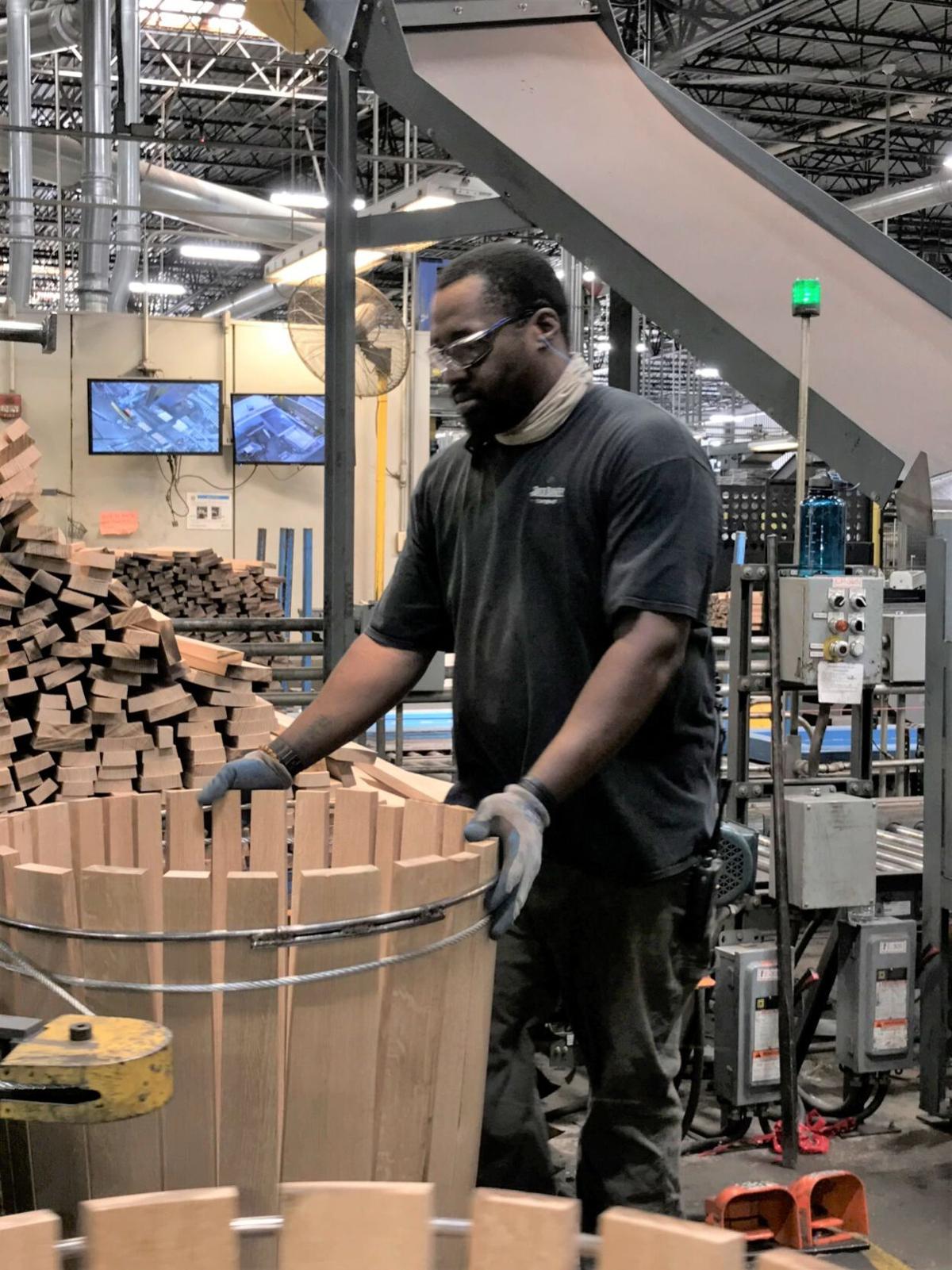 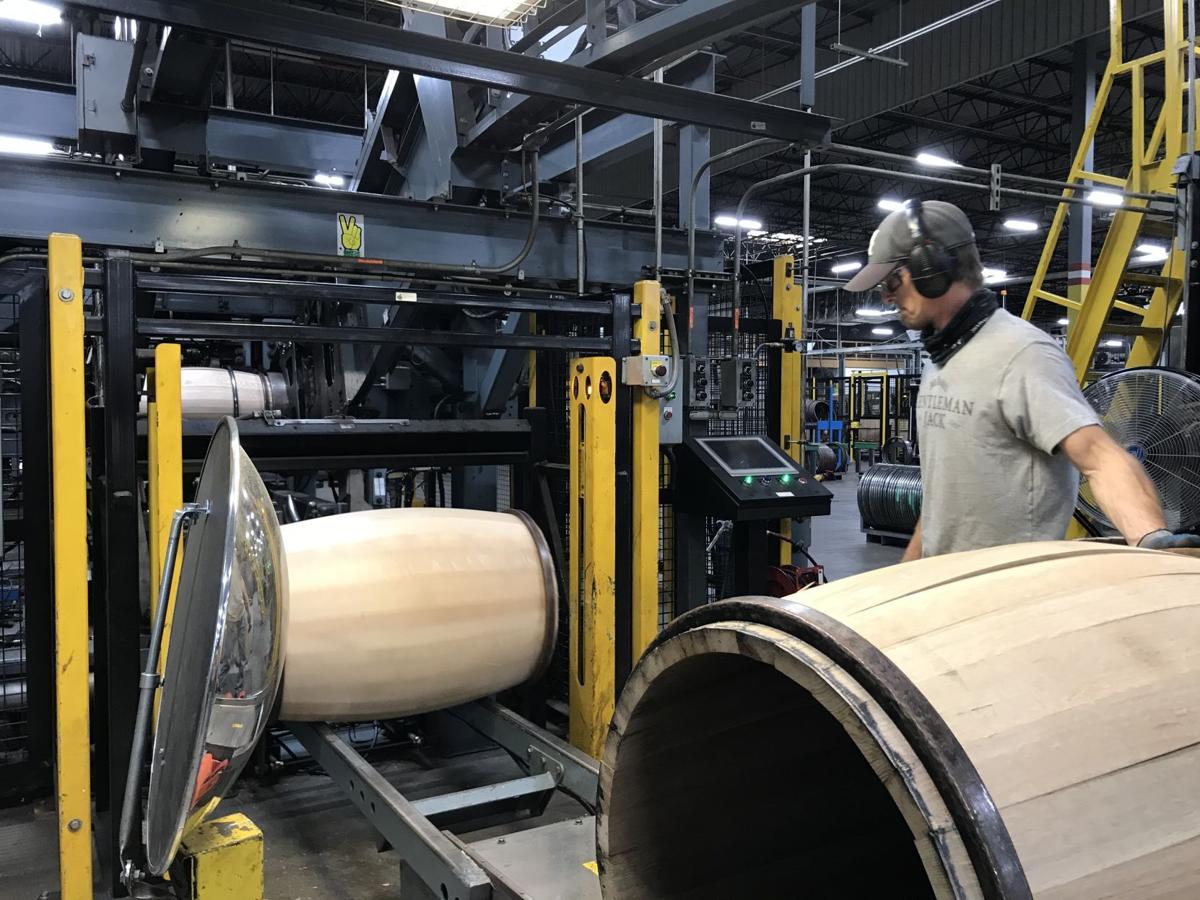 A worker assembles a 53-gallon barrel at the Jack Daniel Cooperage located off U.S. 72 at the Mallard Fox West Industrial Park. ][COURTESY PHOTO] 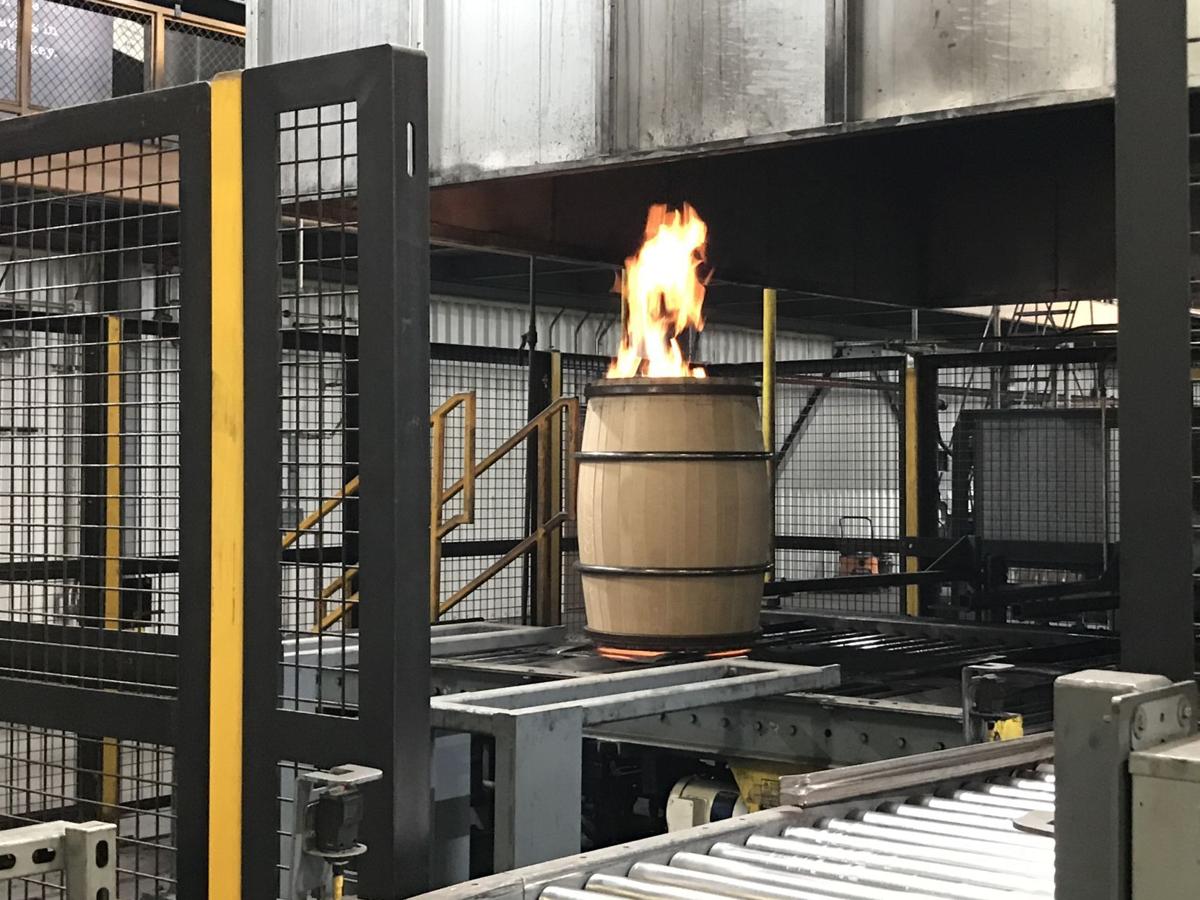 The interior of each barrel assembled at the Jack Daniel Cooperage is toasted and later charred to draw the wood’s natural sugars to the surface of the wood. [COURTESY PHOTO]

A worker at the Jack Daniel Cooperage processes white oak staves as barrels are produced at its Trinity plant. No other species of wood is used. [COURTESY PHOTO]

A worker assembles a 53-gallon barrel at the Jack Daniel Cooperage located off U.S. 72 at the Mallard Fox West Industrial Park. ][COURTESY PHOTO]

The interior of each barrel assembled at the Jack Daniel Cooperage is toasted and later charred to draw the wood’s natural sugars to the surface of the wood. [COURTESY PHOTO]

“It’s the No. 1 ingredient,” said Darrell Davis, director of cooperage located off U.S. 72 at the Mallard Fox West Industrial Park. A barrel not only houses the whiskey, “the whiskey will actually pull sugars out of the wood during the maturation process,” Davis said. “It provides 100% of the color and somewhere around 60% of the taste.”

Brown-Forman Corp., the parent company of Jack Daniel’s, also operates a cooperage in Louisville, Kentucky. “We’re the only large whiskey distiller that builds its own barrels,” said Davis, who is the director of both locations.

Production started at the Trinity plant in 2014 with around 60 to 75 employees, according to Davis, and had about 150 employees last month. “We are currently hiring,” and five employees started on March 29. Starting pay for an operator technician is $17 an hour, not including benefits.

“We produce somewhere around 285,000 barrels at this site per year,” Davis said.

The cooperage was the first tenant in the industrial park.

“The location of the Jack Daniel Cooperage facilitated further development of the park including utilities, roads, etc.,” said Tabitha Pace, the president and CEO of the Lawrence County Industrial Development Board. “Having a well-known company and brand in our county and industrial park led to further location announcements including Nucor Tubular Products, Progressive Pipe Fabricators and CCI (Manufacturing).”

Pace said that once those companies were able to see the cooperage facility, “they could envision their companies being successful in our county as well."

“Lawrence County, Alabama, is ready for growth,” she said.

The transformation of the wood to the finished product is an elaborate process.

“We only use one species, American white oak,” which comes primarily from the Tennessee Valley area, Davis said. The wood for the barrels' staves comes to Trinity from the company’s sawmills in Stevenson and Clifton, Tennessee, and from some secondary, external sources. The logs go through a quarter saw process, in which a log is cut into four quarters, then a board is cut off one of the two flat faces; then the next board will be cut from the opposite flat face.

Next comes a drying period, with the wood remaining at the mill sites for two to three months, according to Davis.

“We’re trying to let that wood naturally dry down to somewhere around about 25% moisture,” he said. Then it’s transported to Trinity, and “it’ll sit even longer here on our site, six months or so,” he said. “We’re just trying to naturally get the moisture down as low as possible” before the wood goes to a controlled kiln-drying process at the plant’s 16 kilns.

The wood is cut to a specific width and length and its knots and other natural defects are removed and, after a series of other steps, the staves go to a barrel-raising station where the barrels are assembled. Davis said a hydraulic press presses the staves together and they’re held by temporary hoops until six permanent hoops are installed later.

According to the company, the barrels aren’t held together with glue or nails, but by the pressure of the precise arrangement of the 33 separate wood staves.

Once assembled, the barrels’ interiors are toasted and later charred to draw the wood’s natural sugars out to the surface of the wood and caramelize them.

The tops and bottoms of the barrels are also assembled at the plant and, before the barrels leave the plant, they’re inspected for leaks.

The Trinity facility sits on about 60 acres.

Although there are no immediate plans for growth, Davis said, “when the site was designed, we designed it to be able to grow to meet business needs.”