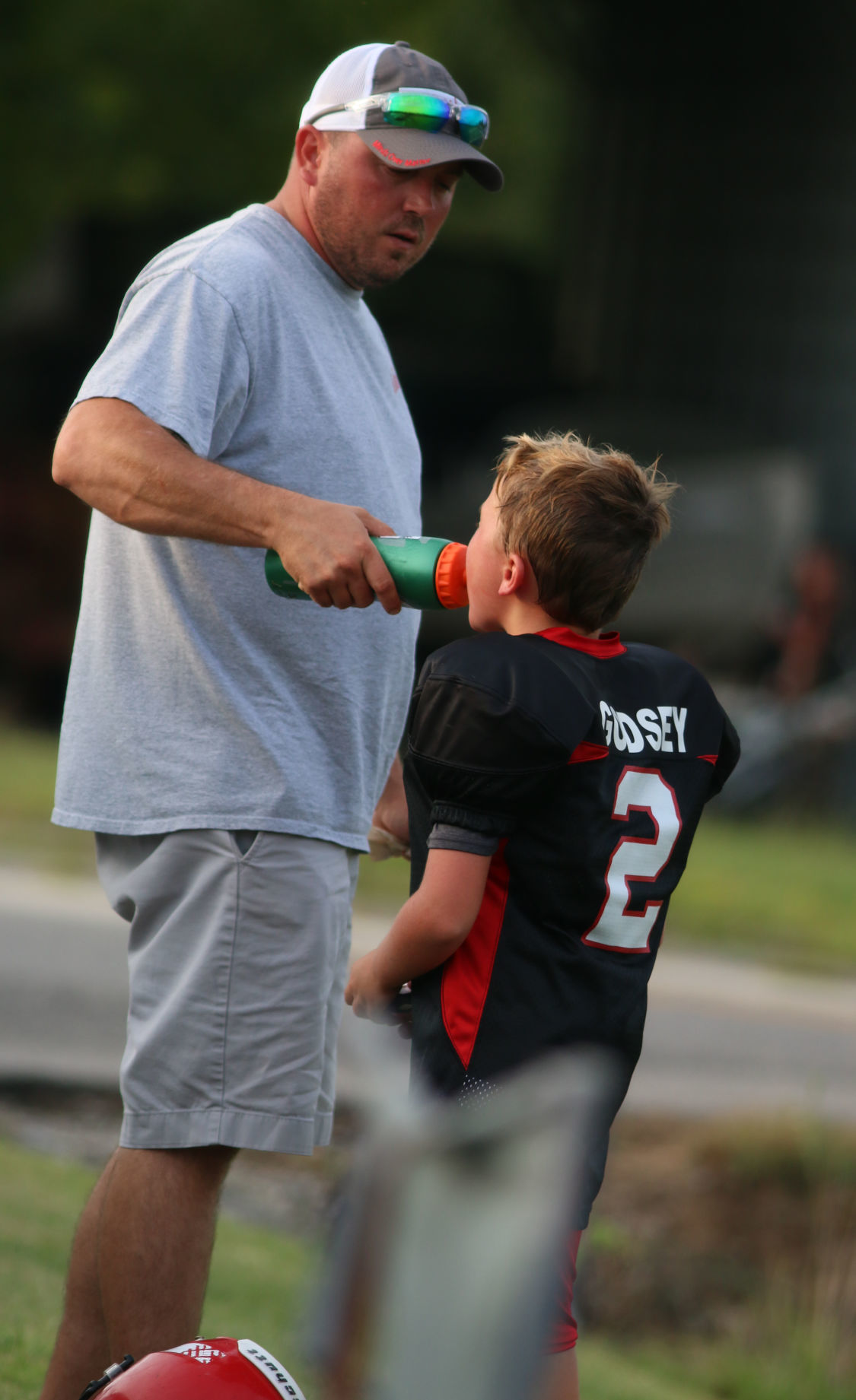 Landen Godsey, 8, shares time at a football practice with his father, Chase Godsey. Chase was killed in the tornado that hit the family's home Monday, and Landen was seriously injured. [DEANGELO MCDANIEL/THE DECATUR DAILY/FILE] 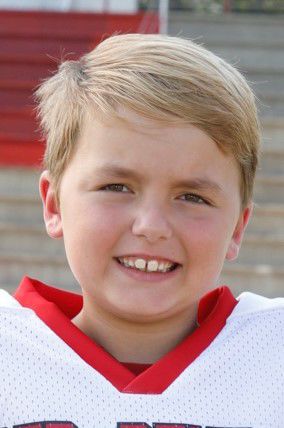 A Moulton Elementary student injured Monday when an EF2 tornado went through Lawrence County remained in the intensive care unit at Children’s Hospital of Alabama in Birmingham on Thursday and faces a long recovery, family members said.

“He’s a fighter and with prayers he’s going to pull through this,” Chris Godsey said about his nephew, 8-year-old Landen Godsey.

Lawrence County Coroner Scott Norwood said the couple died from blunt force trauma and neighbors found Landen lying injured in the woods and transported him to the care of emergency officials.

Landen was airlifted from Lawrence Medical Center to Children’s Hospital on Monday night.

Cheay Godsey, Chris’ wife, said doctors are optimistic about Landen’s recovery, but family members have been told to stay patient during the process.

She said Landen has several skull fractures and a broken arm, and he is on a ventilator because his lungs are bruised.

“He’s pretty banged up, but Landen has moved his legs and all of his vitals are good,” Cheay said. She said doctors performed an MRI early Thursday morning and “nothing had gotten worse.”

Chris said his nephew has been sedated since arriving at the hospital “because of the pain” but doctors are cutting back on his IV fluids and he will likely start eating on his own.

As of Thursday at noon, Cheay said Landen had not talked since being admitted to the hospital, but he had squeezed some family members' hands and become slightly agitated when doctors wanted to take him for X-rays.

“That’s the little boy in him, which is good,” she said.

Funerals for Landen’s parents will be Saturday at 2 p.m. at Parkway Funeral Home on Alabama 24 in eastern Lawrence County. Burial will be in Elmwood Cemetery and the family will receive friends three hours before the funerals.

Chris said Landen — who shares the same April 14 birthday as Chase — faces a long road, as does everyone in the family.

Chris said he hasn't been able to reach out to everyone who has showed his family love and support, but he wants them to know everything is appreciated

“There is a hole in my heart,” Chris said. “I’m at a loss for words. I’ve tried to be the best big brother to Chase I could be. Chase was my very best friend. Me and him talked on a daily basis, and there is a hole in my heart knowing I won't get to hear his voice again or sit on that back porch and grill and listen to some good crying country music (with him).”

He said his brother was a great father and husband.

“He would do anything for anybody,” Chris said. “He was just a true, good-hearted guy. It brings peace to my heart knowing he is in heaven with Mom and Dad watching down on us.”

He said Keisha had a big heart as well.

“My job as her brother in-law was to pick and poke at her,” Chris said. “I would pester her on Facebook, make fun of the things she posted just to get her wound up. She knew I loved her like a brother.”

He said he wants everyone to continue to “lift my little Landen up in prayer.”