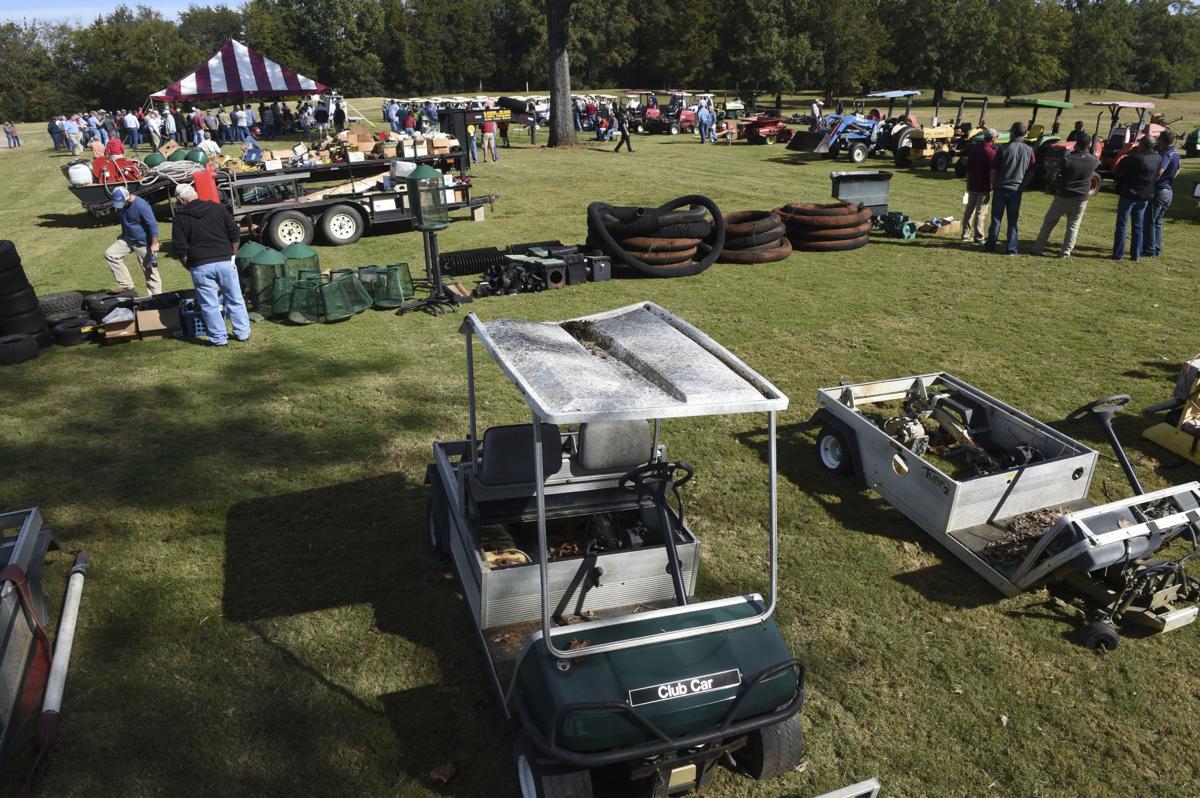 A large crowd gathered in Courtland for the auctioning of the Valley Landing Golf Course on Oct. 20, 2017. [JOHN GODBEY/DECATUR DAILY FILE] 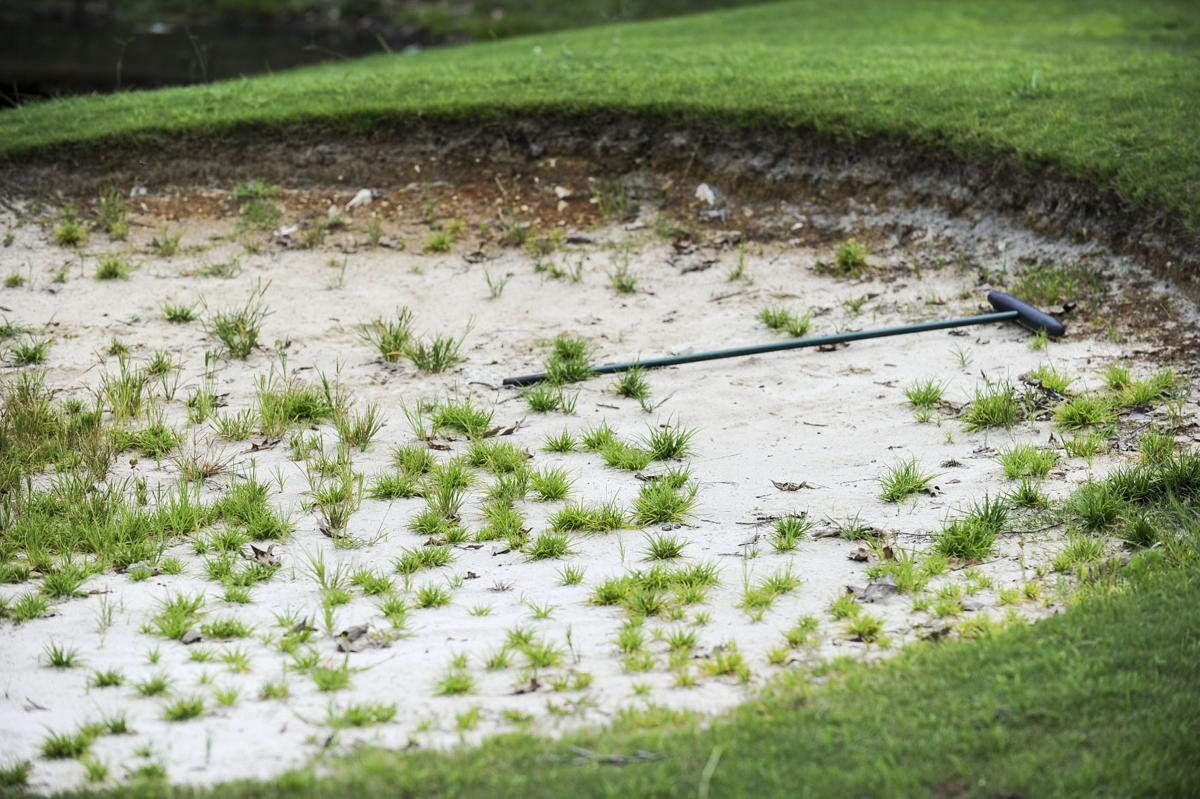 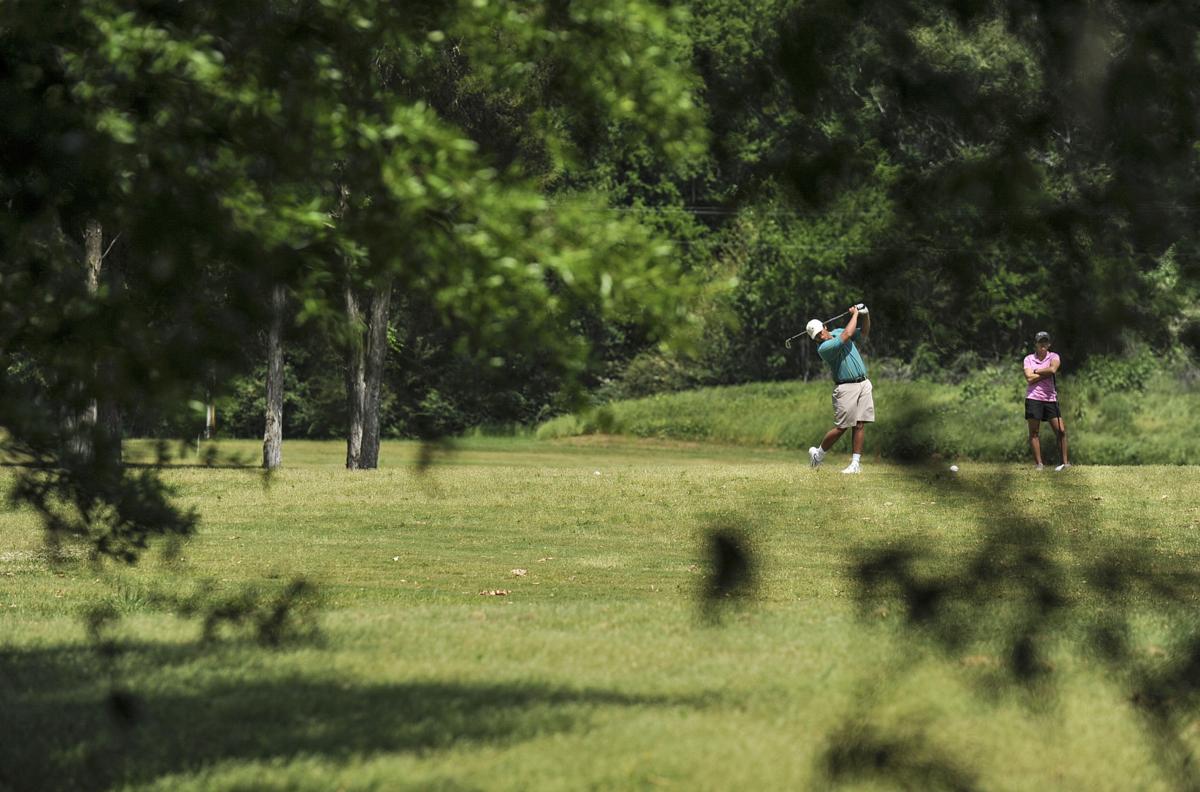 A golfer hits a tee shot at Valley Landing Golf Course in Courtland. The course is up for sale. [JERONIMO NISA/DECATUR DAILY] 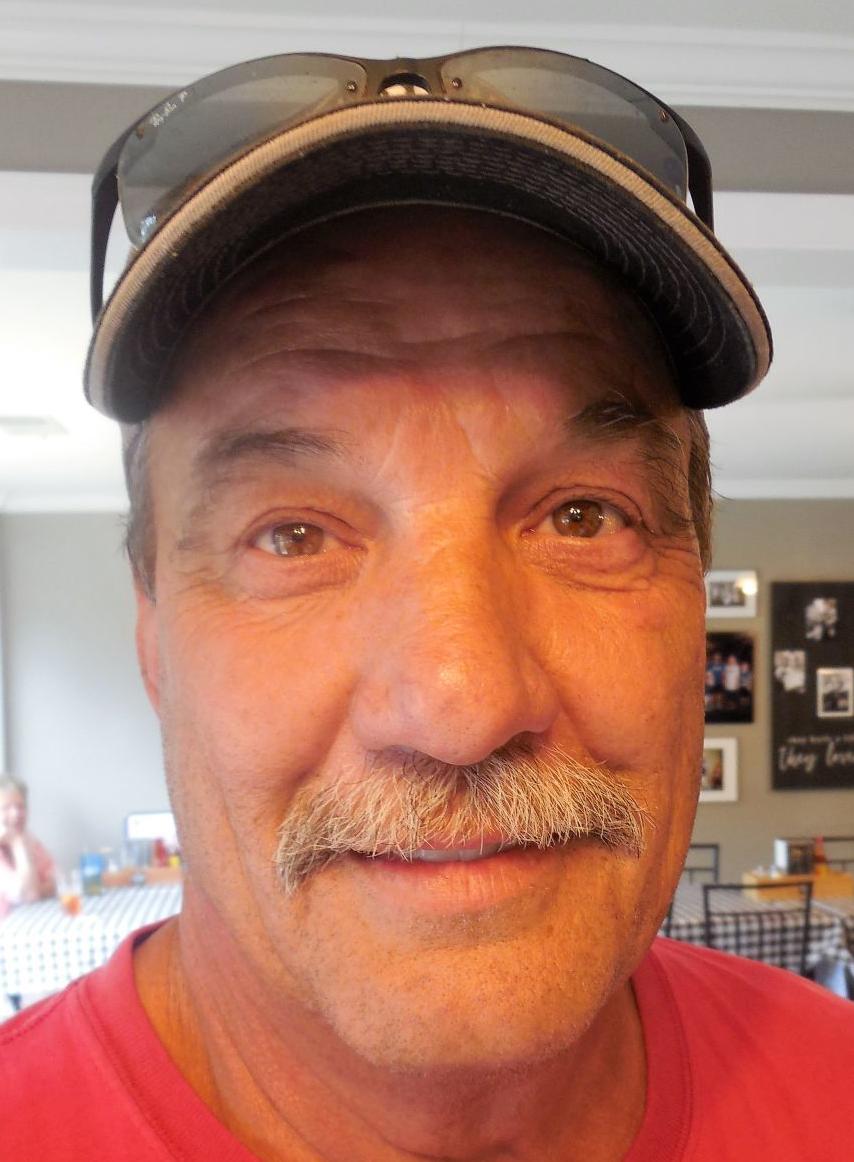 A large crowd gathered in Courtland for the auctioning of the Valley Landing Golf Course on Oct. 20, 2017. [JOHN GODBEY/DECATUR DAILY FILE]

A golfer hits a tee shot at Valley Landing Golf Course in Courtland. The course is up for sale. [JERONIMO NISA/DECATUR DAILY]

COURTLAND — Courtland could face financial jeopardy if the closed, town-owned Valley Landing Golf Course doesn't sell in the next nine to 10 months, a town official said.

Courtland owes about $1.4 million on the course and is paying $11,907.56 monthly to Bank of New York Mellon Corp. Trust on the bond for the course, officials said. Paying off the debt became more difficult once International Paper closed its mill in the town in 2014 and discontinued in-lieu-of ad valorem tax payments after 2016.

Farrell Hutto, town councilman and lifelong resident of Courtland, said last week “we’re about to run out of money.”

He said nobody has approached the town recently about purchasing the course. It opened in August 1999 and closed in August 2017. The course cost almost $3.1 million to build, according to records.

“If we can sell it, we won’t be rolling in the money, but we can survive if we can get out from under it. We’re likely going to lose a bunch.”

He said insolvency of the town can’t be ruled out.

“It could very well come to it,” he said.

The course’s bond holders are guaranteed on their investment, he said. "If we don't sell it, (the bond company) will. Then they'll sell the Town Hall and anything else until they get their money."

Second-term Mayor Clarence Logston wouldn’t address whether the town could face insolvency, but said the town “doesn’t have a backup plan.”

A 2017 auction generated more than $380,000 for the town when it sold off nine tracts of land near the course and course equipment such as golf carts and mowers. Former state Rep. Jody Letson, of Courtland, purchased 143 acres for $321,000.

Hutto said the auction proceeds have gone toward the monthly bond payments. “We have enough for about nine or 10 more months, then I don’t know what we’ll do,” he said.

Hutto said much of the golf equipment sold was rental equipment and the town didn’t profit from those sales.

On May 1, 1999, the town issued a $2.15 million bond and another $1 million in warrants to finance the construction of the 18-hole course, practice range, 5,000-square-foot clubhouse and restaurant, and 1,800-square-foot maintenance building.

The total cost at the time was listed at $3,088,861, which included construction of the course ($2.55 million), deposited money into capitalized interest and reserve funds ($340,000) and issuance of underwriter’s discount, legal and accounting expenses ($196,549).

The town commissioned Southern Golf Development Co. Inc. of Jasper to do a feasibility study that showed the town could be netting $142,000 annually in the sixth year of operation.

The study estimated Valley Landing could have 25,000 rounds played during its first year and 35,000 in the sixth year.

In the original bond agreement, the Public Park and Recreation Board of Courtland, which was formed less than a month earlier on April 6, 1999, was listed as the owner of the course and leased it to the town on a year-to-year basis.

The board entered into the financial agreement with underwriter Gardnyr Michael Capital Inc., of Birmingham. The Chase Manhattan Bank of Birmingham was listed as the bond trustee.

Charles P. Krout, board chairman, signed the agreement on Courtland’s behalf. The two other board members were Lewis McGregor and Hutto. Hutto said “many years later” the board was dissolved, and the town took over the ownership of the course. Krout and McGregor are now deceased.

In the original bond issuance statement, International Paper, then Champion Paper, was providing Courtland about 70 percent of its annual general fund budget with in-lieu-of-ad-valorem tax payments of more than $700,000 annually. Records show in 1997 Courtland received $739,250 and in 1998 collected another $804,100 from the paper product producer.

In August 2017, the Town Council closed the course eight months after International Paper announced it would discontinue its payments of in-lieu-of-ad-valorem taxes, which had been listed as donations to Courtland for more than 30 years. The original agreement was made with Champion and the Courtland Industrial Development Board, according to financial reports.

A “risk factor” in the 1999 bond agreement reads, “If Champion ceases to operate its manufacturing facility while the Series 1999-A bonds are outstanding, the town’s ability to make the payment of pledged revenues to the board would be seriously jeopardized. Although the town is not aware of any threat to the continued operation of Champion’s manufacturing facility in town, no assurances can be given that Champion will continue to operate throughout the term of the Series 1999-A bonds.”

Courtland was expecting IP’s “donation” revenue stream to continue through 2023. IP closed down operations north of town in March 2014 and made its last payment to Courtland in December 2016. Town officials were expecting an estimated $771,000 annual payment from IP to be trimmed to $570,000 in 2018 and then whittled more until 2023. Instead, the town received no money.

Hutto said the bond was refinanced about four years before the course was closed. “Refinancing is no longer an option,” he said.

After marketing the property through a real estate broker proved fruitless, the town put the 216-acre, 18-hole course on the auction block Oct. 20, 2017. Courtland rejected a $752,000 high bid for the golf course and clubhouse because it failed to meet the town’s undisclosed reserve price, believed to have been more than $1 million.

The high bidder that day, Mount Hope farmer Sam Spruell, said earlier this month he wasn’t certain the purchase would have been a good investment. He said the covenants on the property near the Courtland Air Base limit how the land can be used.

The property currently cannot be used for residential development or as farmland for raising livestock, according to county records. Hutto said the property has built-in irrigation and six lakes that could lure a row crop producer.

“I’d probably turned it into a mixture of sod farm and row-crop farm,” said Spruell. “I might have sold some of it off.”

Shane Albright, auctioneer, told town officials a week after the auction, he would search for a buyer with an asking price of $1.5 million. No deal was found.

The Town Council is continuing to search for more ways to generate revenue.

A council action in the fall required Courtland Utilities to resume paying tax equivalents to the town.

Town Clerk Vickie Jackson, also the electric department clerk, said that action generated about $36,000 for the town in 2018.

"Every little bit helps," he said. "But it won't see us through this. We'll still need to unload the golf course."

Hutto said he was encouraged to hear a new drug store should open in town by May. A grocery store and restaurant are the two main sales tax generators in Courtland.

"When (IP) closed, that pretty much shot us in the head," Hutto said.