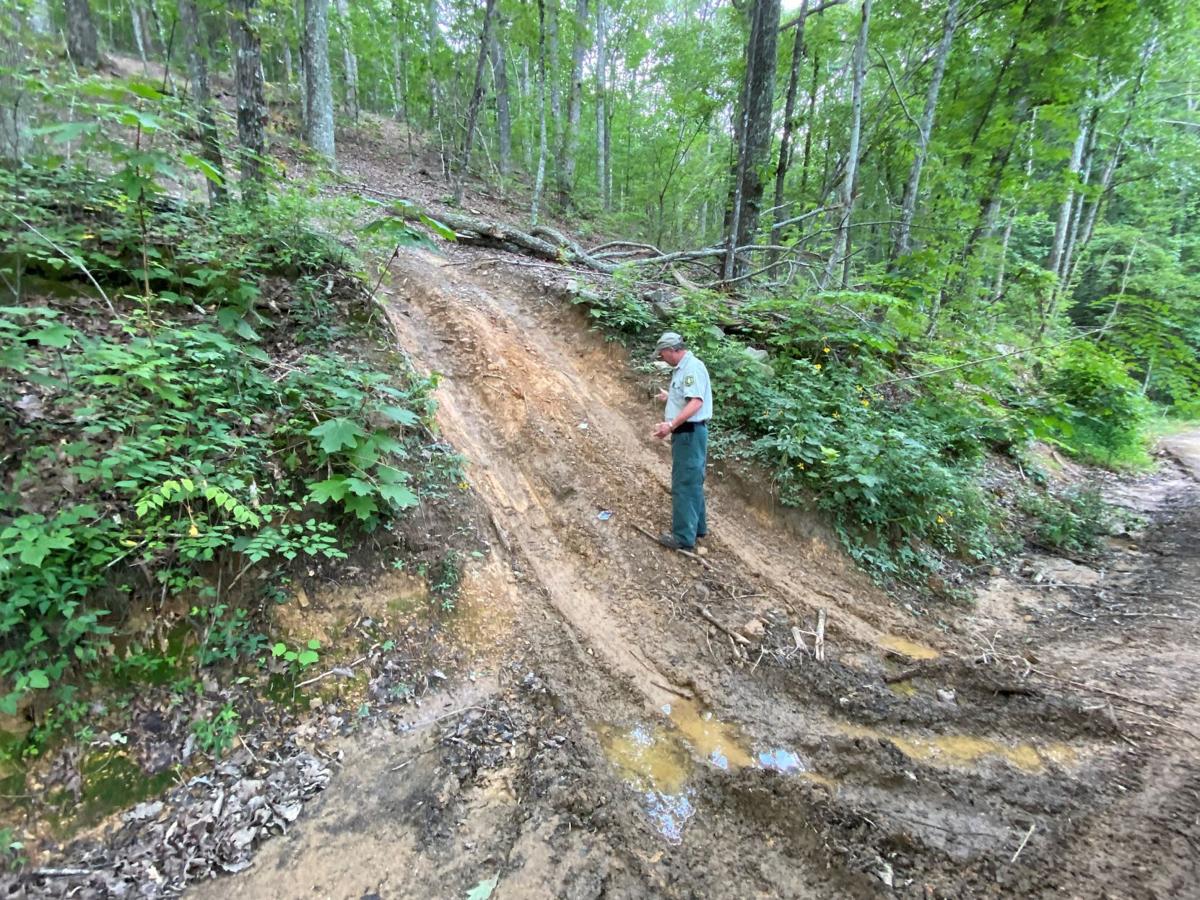 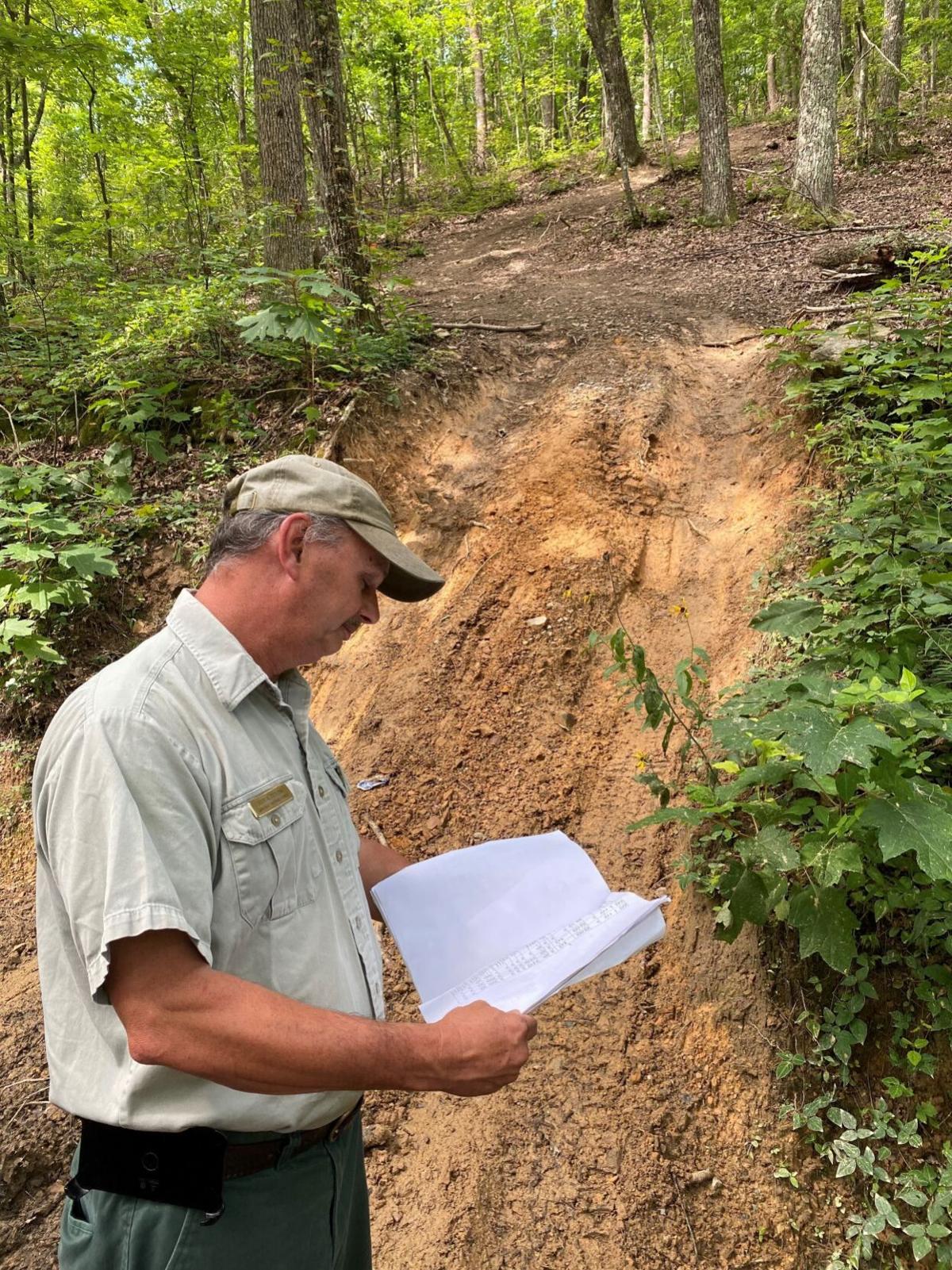 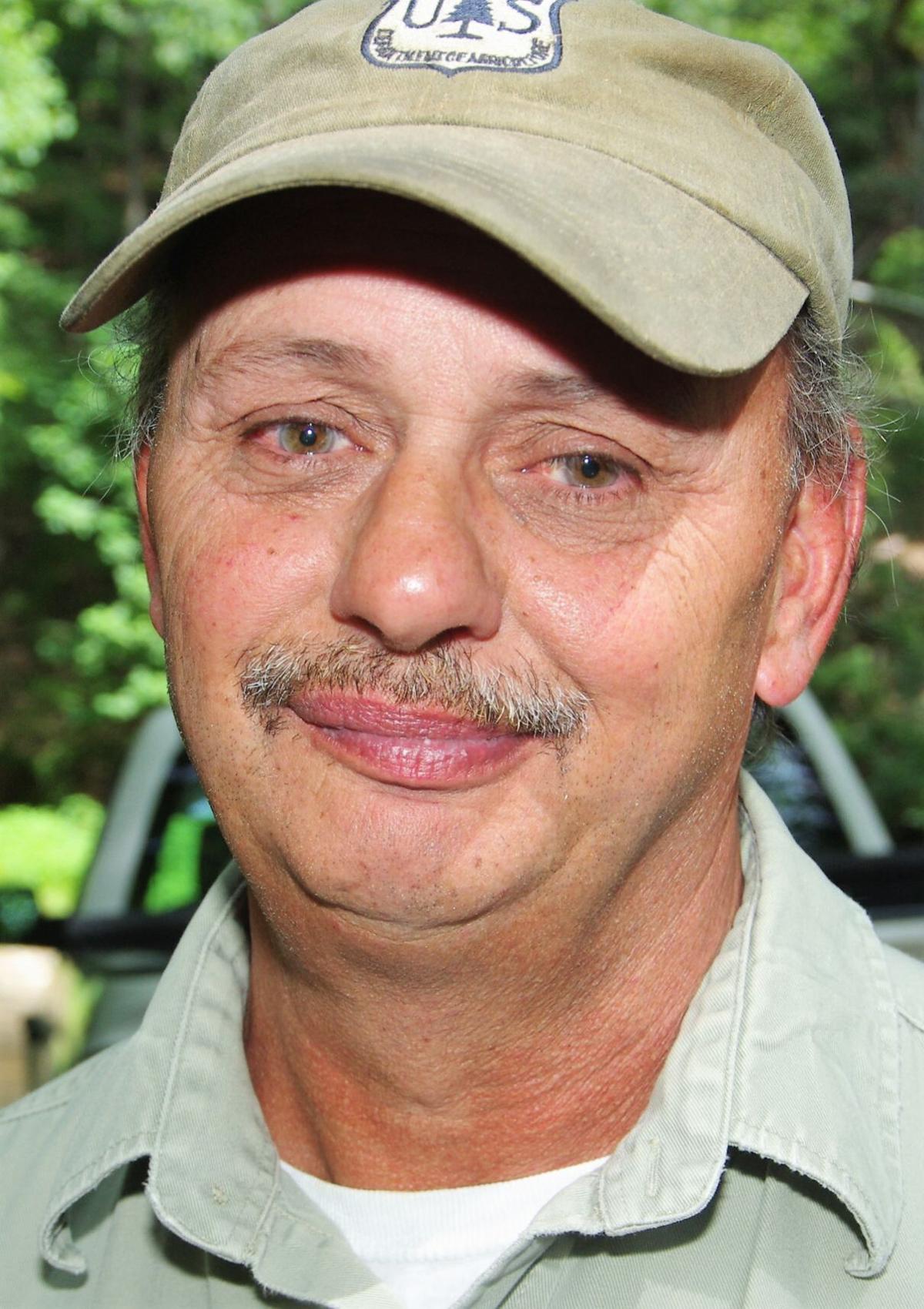 BANKHEAD NATIONAL FOREST — Off-road drivers are damaging Bankhead National Forest in Lawrence and Winston counties, and officials say they are struggling to stop the activity.

In the rare event they are caught, the drivers face up to $5,000 in fines, six months in the county jail and a federal court appearance.

Despite the penalties, some off-road riders find the thrill and challenge worth the risk, and others simply don’t know it is unlawful, according to National Forest officials.

“It’s a nationwide problem,” said Odell Sanders, recreation staff officer for the National Forest Service in Alabama. “We are using education as the main effort to slow the illegal riding. Our national forests are set up for public benefit.

"A lot of people take advantage of the forests for hiking and outdoor activities. But when the trails are abused or people damage the forests by going off-road, it has a large adverse effect. It can impact the drinking water, cause erosion.”

Jody Tetlow, recreation program manager at Bankhead, said Stinson Gap in Bankhead, south of the Mount Hope community, is one of several damaged spots in Bankhead where off-roaders are damaging the environment and putting endangered species and plants in peril.

At the site, damage from “mud-riding” trucks and jeeps is evident. There is about a 30% incline rising more than 60 feet at Stinson Gap. Riding on it has become popular for the violators. Catching those violators is not so easy, Tetlow said.

Sanders and Tetlow partially blame the off-road riding problem on the marketing of certain vehicles on television.

“When people see the commercials of trucks and ATVs driving through the water and mud, they want to go and try out their vehicles, too. People are looking for places to ride,” Sanders said.

He said the small print in the commercials say the area used is a closed course or permission was granted for the filming.

“People have a truck and want to find a hill to see what it can do,” Tetlow said. “They might be driving out here and see where other people have driven up a hill, so they come back and try it out. ... Jeep riders will see an area where other illegal off-road activity has taken place and believe it is OK for them to ride there because someone else has done it there.”

Sanders said the Flint Creek Trail in the Bankhead is designated for motorized vehicles but with restrictions. “Big trucks and jeeps are not allowed,” he said. “We try our best to post signage that off-road riding is illegal, and violators will be prosecuted.”

He said some fines are as low as $250. “Many times, it costs four times that amount to repair the damage that has been done,” he said. “It impacts us all. Sensitive soils, erosion, water quality issue.”

Posting cameras at trouble spots is not an easy process, Sanders said.

“With Bankhead being public land, the law enforcement in the forest will have to justify the use of cameras to get a warrant from the U.S. Attorney’s Office. And the additional costs and manpower is a factor, too,” he said.

Sheila Holifield, public affairs specialist with the National Forest Service in Montgomery, said once a case is opened, “Our law enforcement can put cameras out to try to catch the individuals who are illegally riding.”

Tetlow estimated only about 3% of the illegal riders are ever caught. He said it is usually a group of riders and they usually have lookouts with walkie-talkie radios to warn the drivers.

“Of those who are caught, most are because their vehicle became disabled, got stuck or turned over and they need our assistance,” he said. “Sometimes we’ll find an abandoned vehicle that is stuck and contact the owner through the tag search.”

Along with the illegal off-road sites comes trash left behind by the violators. On Thursday at Stinson Gap, the area was littered with empty beer cans and miniature whiskey bottles.

“Nearly all of the riders are weekend warriors at night here at Bankhead,” Tetlow said. “I can’t say it’s every weekend, but the riders like it wet. The wetter it is the better. Spring and fall seem to be the times we notice the most damage. I’d say 98% do it at night.”

Sanders said a group of jeep riders planned an illegal ride in the Talladega National Forest on social media. “More than 100 jeeps showed up for the ride,” he said. “One of our officers met with the group. They said they didn’t realize it was illegal.”

Horses are a problem, too. When horses get off designated trails, they cause damage, Sanders added.

“Those trails are designated through a national process,” he said. “Scientists and specialists inspect proposed trails and look for what impact it might have on the immediate environment. When people get off the trail, there is a high potential there will be adverse effects to water, plants. Most people follow the laws. We use signage and education to advise people how they can use the forest.”

“But the riders just see that is another challenge, and we don’t want to disturb the natural environment. When we’re moving logs and branches it may cause erosion or other problems,” he said.

Lawrence County Engineer Winston Sitton said the county is responsible for maintaining a portion of Bankhead’s roads. He said he sees damage caused when big trucks and jeeps ride in the ditches along the main roads.

“Some of the motorists like to drive in the ditches to toss mud,” he said. “Some even spin around in a pothole in the main road to make it deeper. They need to respect the public infrastructure. It costs money and time to go in there and repair the roads.”

Wild Alabama, which hosts hikes through Bankhead, is concerned about the riders and hikers who get off the designated trails and destroy and damage plants and animals.

“We’re always deeply concerned when some people misuse these wild places,” said Maggie Johnston, Wild Alabama executive director. “Most of the citizens of Alabama are respectful and protective of the Bankhead National Forest. It is a local jewel. It is a historically and culturally rich area, with many generations of our families having lived here.

"The Bankhead National Forest is not only our backyard, but also the home to many unique plants and animals, some of whom are endemic to this area. They live nowhere else in the world.”

Tetlow, who has worked with the National Forest Service since 1989 and been at Bankhead since 2003, doesn’t see the problem going away anytime soon.

He said it is not just about teenagers and young adults having a good time, trying to outdo each other and impress the girls.

“No, there are full-grown men out here doing it, too,” he said. “Some people never grow up. But if this doesn’t stop, there won’t be any forest. It will just be hills and dirt paths.”

Off-road vehicles are permitted in some designated areas in national forests. For details, go to https://www.fs.fed.us/recreation/programs/ohv/ohv_maps.shtml.

Off-road drivers cause damage to part of Bankhead National Forest