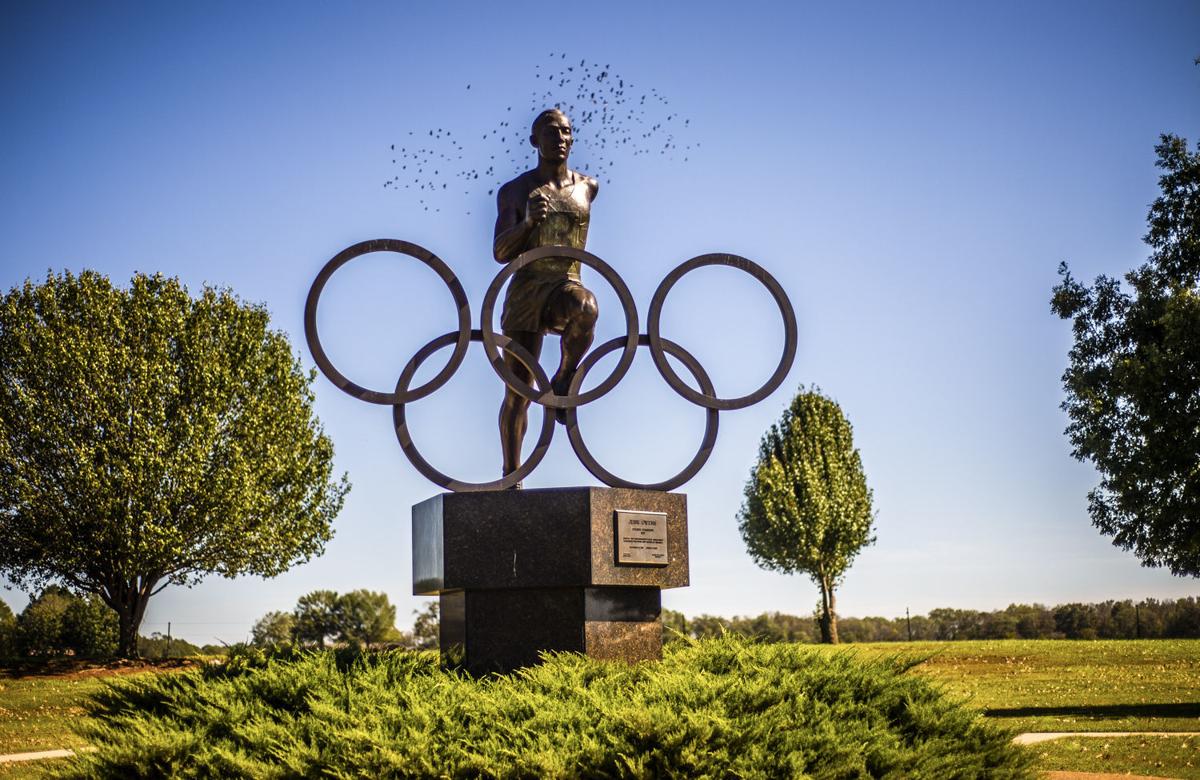 The Jesse Owens Museum and Park attracts about 40,000 visitors in non-Olympic years, but officials would like to see it benefit from a stronger marketing campaign. Birds pass behind the statue of Owens on Tuesday at the museum site. [DAN BUSEY/DECATUR DAILY] 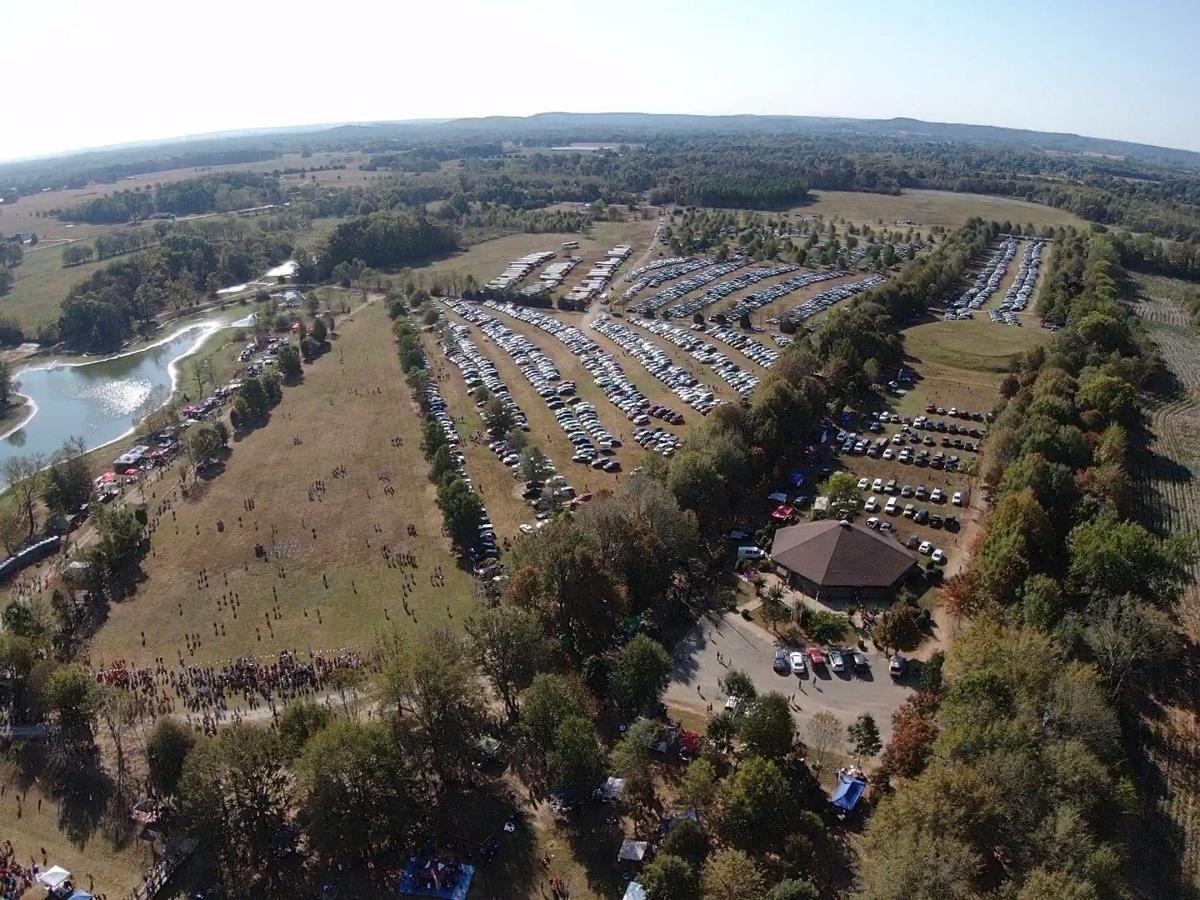 Cars fill parking areas at Oakville Indian Mounds for a recent cross-country meet, as seen in this photograph shot by a drone. A Lawrence County official said better marketing could inform visitors to the cross-country meets about other destinations in the county. [COURTESY PHOTO] 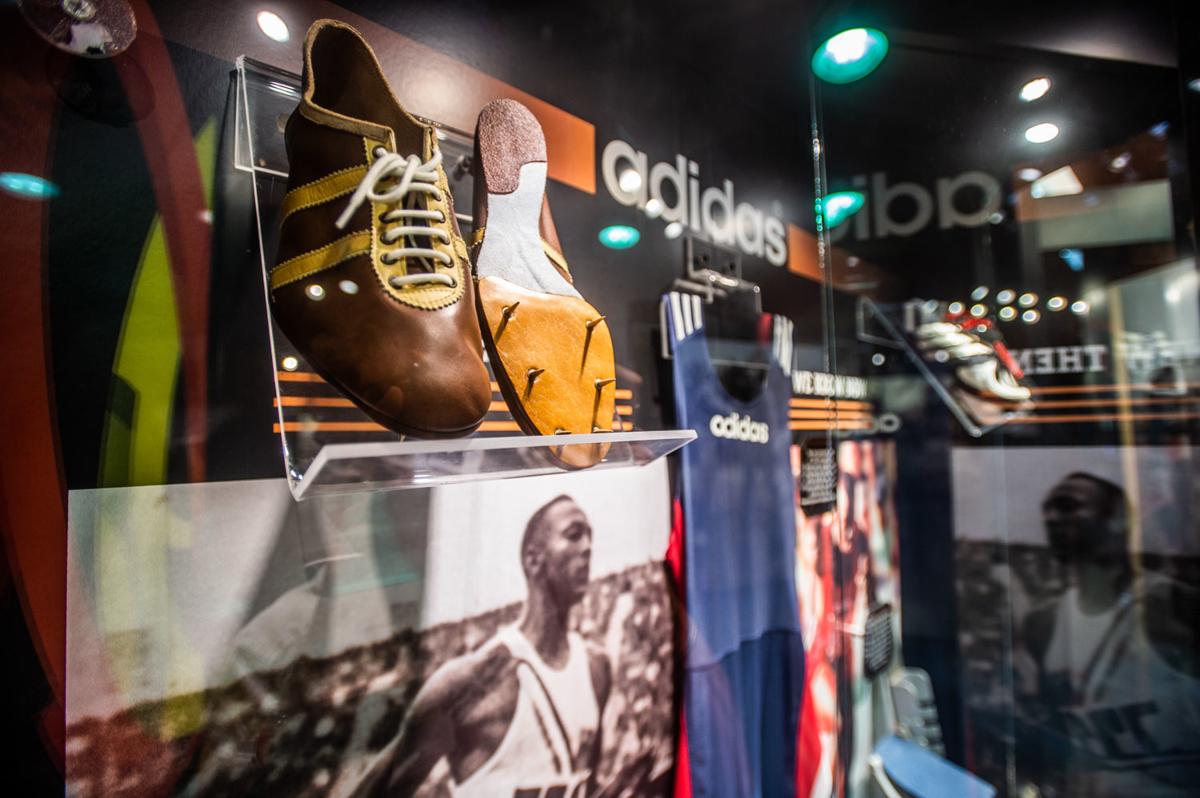 Exhibits at the Jesse Owens Museum tell how the Lawrence County native became a famous track and field star who won four gold medals at the 1936 Olympics. [DAN BUSEY/DECATUR DAILY] 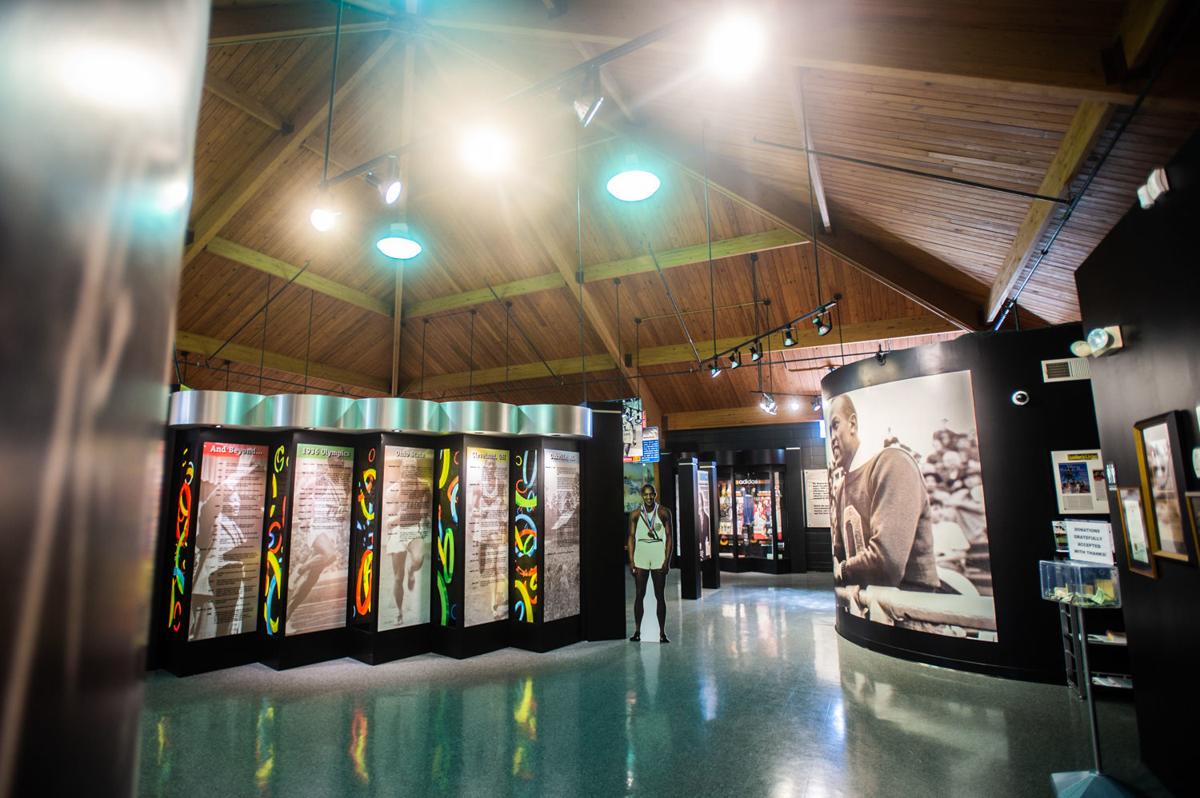 The Jesse Owens Museum and Park attracts about 40,000 visitors in non-Olympic years, but officials would like to see it benefit from a stronger marketing campaign. Birds pass behind the statue of Owens on Tuesday at the museum site. [DAN BUSEY/DECATUR DAILY]

Cars fill parking areas at Oakville Indian Mounds for a recent cross-country meet, as seen in this photograph shot by a drone. A Lawrence County official said better marketing could inform visitors to the cross-country meets about other destinations in the county. [COURTESY PHOTO]

Exhibits at the Jesse Owens Museum tell how the Lawrence County native became a famous track and field star who won four gold medals at the 1936 Olympics. [DAN BUSEY/DECATUR DAILY]

MOULTON — A state lawmaker says Lawrence County can boost its economy by marketing its museums, other historic sites and Bankhead National Forest more effectively, and local officials support his ideas.

State Sen. Garlan Gudger said promoting the county as a tourist destination would make residents forget about International Paper shutting its Courtland mill five years ago, taking 1,100 jobs and millions of tax dollars with it.

“Within five years, we’ll be way past IP,” said Gudger, R-Cullman, at a town hall meeting in Moulton on Monday night. “We can get there with tourism. It brings people in from out of town. Tourists won’t be using infrastructure. They’ll buy things from the 7-11, buy gas, buy something here before they keep cruising down the road or going back home.

"This is a perfect opportunity to capitalize on tourism. That is what will grow wealth in this community. We’re just not doing it.”

Gudger told a group of concerned citizens, leaders and elected officials that working together and open communication are the keys to promoting the county’s historic sites. He said he would help the county form a local tourism council.

In May, Gov. Kay Ivey's office said visitors spent more than $15 billion in the state. Her office said 198,890 jobs were attributed to tourism.

Calling the Jesse Owens Museum and Park “a gold nugget,” Gudger said the museum dedicated to the 1936 Berlin Olympics star is one of several locations in the county that can benefit from a strong marketing campaign. Owens was born in Oakville, just east of Moulton.

“Just to see how far Jesse Owens could long jump, so long ago, is simply amazing,” Gudger said about seeing the exhibits at the museum. “The tension that was in the air, the political climate of the day, that was something so special.”

A member of the Senate Tourism Committee, Gudger said he will work to get more signage to the museum and other places of interest in the county.

“If they (the Legislature) give me a dollar, we want to turn that into five or 10 dollars,” he said. “There’s a definite need for more visual marketing.” He said placing advertisements in Southeastern magazines also could boost the number of visitors to the county.

Nancy Pinion, managing director of the Owens museum, said it attracts about 40,000 visitors a year. In 2016, an Olympic year, a billboard on Interstate 65 promoting the museum and a feature film on Jesse Owens boosted the number of visitors to about 90,000 she said. Pinion said with proper marketing the number of visitors could easily hit 100,000 annually.

Moulton is constructing a softball/baseball complex with a goal of attracting weekend tournaments to the city.

Gudger said a stronger family-friendly tourism base will allow for more hotels to be built, keeping those housing dollars in the county.

Dana Charles of Moulton, vice president of the Lawrence County History and Preservation Society; Lisa Pace, a community leader of Courtland; and Pinion said they are ready to assist with Gudger’s plan of forming a unified tourism council for the county. They said it is important to work in conjunction with the regional Alabama Mountain Lakes Tourist Association.

Charles said the Wheeler home at Pond Spring is a “true diamond” that needs more promotion.

“It is one of the most intact plantations in the Southeast,” Charles said. “You go to other historic homes like the Hermitage (Andrew Jackson’s home just north of Nashville), and they say the furniture in the house is from the period Jackson would have been in the home. Everything in the Joe Wheeler home was there when he lived there. He sat in those chairs. His clothes are there. … Heritage tourism is a big thing right now.”

Gen. Wheeler served in the Confederate Army, the U.S. Army and in the U.S. Congress. He fought in the Civil War and the Spanish America War and made Lawrence County his home. “He was one of the greatest cavalry leaders in our nation’s history,” Charles said. “Tourism will bring money in and money creates jobs.”

“I’m overjoyed that somebody realized we are losing money by not marketing our tourism opportunities,” she said. “The Alabama Space and Rocket Center in Huntsville is the No. 1 tourist attraction in the state. This shows there are tourism opportunities in north Alabama. Lawrence County sits on access to the Tennessee River. We’ve got mountains in the Sipsey Wilderness. We have a lot of natural resources that people can enjoy kayaking, hiking, camping, nature activities, great historical sites.

"Courtland has beautiful historic homes that could be great bed-and-breakfast housing. The county lost money at the Wings over Courtland event in April when we had to house (some visitors) out of county. That’s leakage we have to stop.”

According to the Alabama Tourism Department, the Space and Rocket Center attracted 849,981 visitors in 2018 to make it the state’s top attraction with an admission charge. Lawrence County did not have an attraction in the top 20.

Pace said she would like to see the county develop a convention center to hold about 150 people.

Have your encounters with police generally been positive or negative?