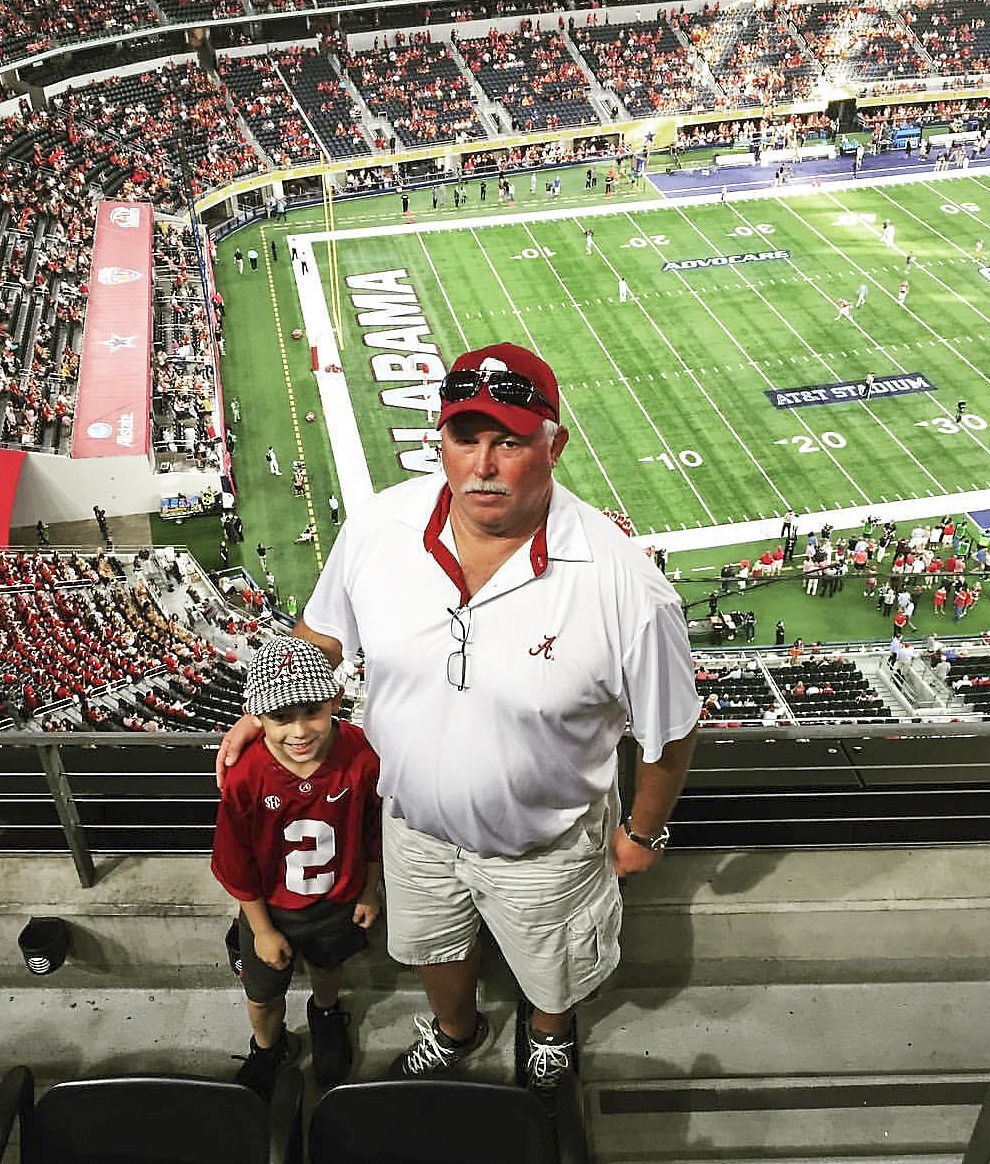 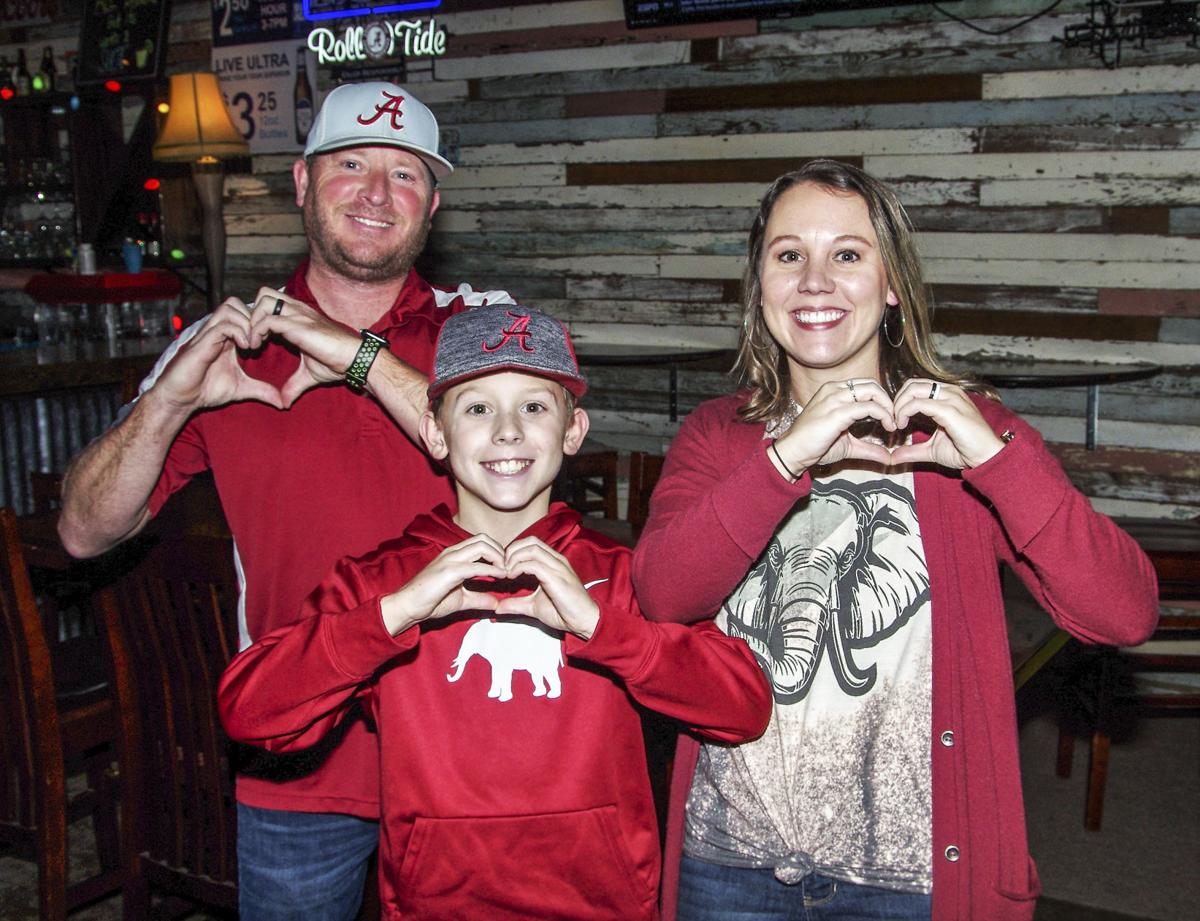 Only 11, Keeton Little of Hatton will attend his fifth national championship football game Monday night, and he hopes the result resembles his first title game in the stands when Alabama defeated Clemson 45-40 to end the 2015 season.

"It's our turn to win," said Keeton, a sixth-grader who has seen Alabama alternate championship game wins and losses. He predicts a 38-17 victory over Ohio State on Monday in Miami Gardens, Florida.

He and three other members of his Hatton family are among the 16,000 spectators who'll attend the game at Hard Rock Stadium, which has limited capacity because of COVID-19 precautions. They paid more than $2,000 for four tickets so they can add to championship game memories that range from hearing "Roll Tide" shouted on Bourbon Street to seeing Keeton's excitement over Alabama success.

“I remember five years ago, we flew into Las Vegas, and I got to see all of the lights and casinos and Hoover Dam,” said Keeton. He was 6 then and recalls seeing miles and miles of cacti and sand on the drive from Las Vegas to Phoenix for the 2015 championship, which was played Jan. 11, 2016.

“But I was really nervous about the game. It was very close. I remember Kenyan Drake made the kick return and diving into the end zone to score. Everybody went crazy,” he said.

Tim Mardis, 61, Keeton's grandfather, said that trip to Arizona remains one of his favorites, too, but he also fondly remembers when No. 2 Alabama defeated No. 1 Penn State 14-7 in the Jan. 1, 1979, Sugar Bowl.

“My favorite game was Alabama’s goal-line stand (in the fourth quarter) against Penn State up until the national championship in Phoenix,” said Mardis. “Taking that trip (to Phoenix) with my grandson made the highlight of it all. I got to experience a lot of firsts with him on that trip. We started off the trip in Las Vegas for two days.

"Once we got to Phoenix, he was ready for the game. We enjoyed the day of the game letting him play all of the games around the stadium. There is nothing like seeing him jump up and down yelling during that game and sharing that sweet victory.”

Keeton is already in South Florida for Monday's game with his parents, Chad and Lindsey Little, and Mardis. Keeton and family members also went to title games in Tampa, Atlanta and San Francisco. Alabama lost to Clemson in Tampa and San Francisco after the 2016 and 2018 seasons but defeated Georgia in Atlanta for the 2017 championship.

Mardis helped establish the family's devotion to the Crimson Tide. He estimated he’s attended more than 150 Alabama football games over the years.

He said his late father, James Ferrell Mardis, carried him to games as a youngster. The first game he remembers attending was Alabama’s 24-13 loss to Tennessee at Legion Field in Birmingham on Oct. 21, 1967. The Tide finished 8-2-1 that season.

He said he and his wife Carol attended the first SEC Championship Game in Birmingham on Dec. 5, 1992. Alabama defensive back Antonio Langham of Town Creek intercepted a Florida pass and returned it for a touchdown late in the game. Alabama won 28-21.

He has continued the family tradition of attending games dressed in crimson and white despite COVID-19 interrupting lives the past 10 months.

“We go to all of the home games,” Mardis said. “This year, we haven’t had COVID, but we have friends who have been sick or passed away with it. I thought about not going because of COVID. I hesitated a little bit but didn’t hesitate for long.”

Getting tickets to the national championship game this year was more difficult because of the reduced capacity, he said. Lindsey Little said they paid $2,200 total for four tickets in the upper level end zone. Mardis said the most he remembers paying for a ticket was $1,200 each for the national championship game against LSU in New Orleans for the 2011 season. Alabama (12-1) defeated LSU (13-1) 21-0.

Lindsey calls the LSU title game her favorite to date.

“I went with my dad to the regular season game at home against them when they beat us (9-6) and I told him we would see them again,” she said. “The build-up for that (championship) game was like no other. I love New Orleans, but I really loved it then with a lot of our Alabama friends there. Tons of people we knew were there since it was so close to home.

"A lot of people just came down for the experience and they were not going to the game. We actually didn’t have tickets until the morning of the game. It was a madhouse getting in the game. We stood the entire game. The energy was like no other. High-fives everywhere. I could barely talk after that game.”

She said they visited the famed Bourbon Street after the game. “All you could hear was 'Roll Tide!'” she said. “We saw a lot of the players that night after the game as well. I will always remember that special time with my dad.”

"I'm always nervous going into big games," she said. "Ohio State surprised us with what they did against Clemson. I think we're all nervous it's such a big game."

Mardis said his friend, George Salem, an offensive guard on the 1986 Tide team, helped them purchase two tickets for Monday night’s game, and the other two tickets were bought from a university faculty member.

Lindsey said other expenses are lower this year.

“We’re actually able to fly from Nashville to Miami round trip for under $400 total for all four of us this year,” Lindsey said. “Hotels were easy to find this year, too. It’s crazy to think the tickets cost more than the flight for all four of us.”

She said COVID restrictions have drastically changed the atmosphere at the ball games and she’ll be missing that Monday night.

“It’s not the same atmosphere as with the large crowds,” she said. “The stadium’s not full. When Alabama does something good, fans are always celebrating, high-fiving each other. Not so since COVID. It’s very different. Everyone is in masks. Yes, we don’t have to wait in long lines to get refreshments, but I’d rather have the full experience.”

Some of the family has gone to a few games this season including the SEC title game and national semifinal game against Notre Dame in Texas. Not everybody in the family made the trip to the national championship game. Keeton’s sister Ellie, 8, stayed home with Carol Mardis.

Chad Little has made a few trips to the national championship games in the past but has opted to stay outside when tickets were difficult to secure. He’s got a seat to Monday night’s game, though.

“I have gone on the trips and ended up watching at the hotel room or sports grill,” he said. “As long as they have a good time and as long as my son gets to experience all of the excitement, I am good with that.

“Sure, I’m looking forward to it. It’s a bigger experience. The stakes are certainly bigger.”