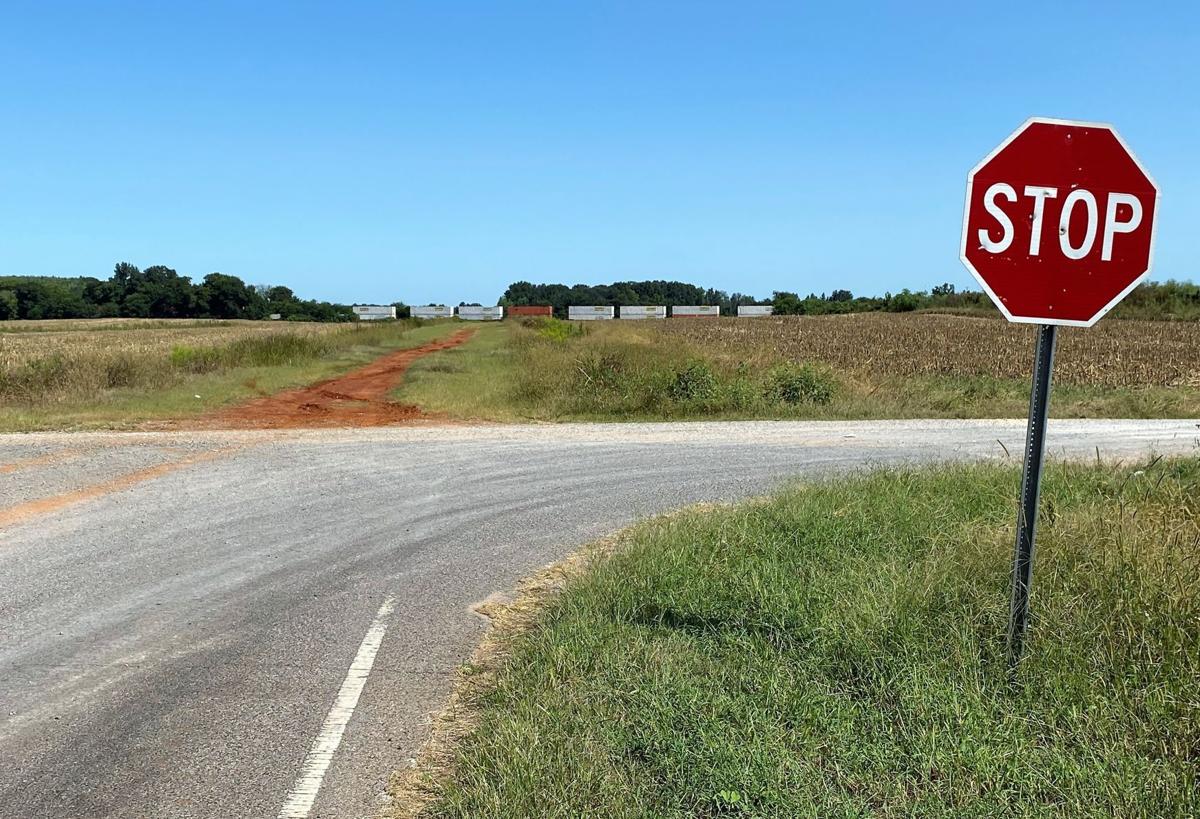 Lawrence County 434 becomes a gravel road through a farm field for a half mile between Alabama 24 North and Alabama 20. Lawrence County Engineer Winston Sitton said the decade-old project will straighten and pave the county road by next summer. [MICHAEL WETZEL/DECATUR DAILY] 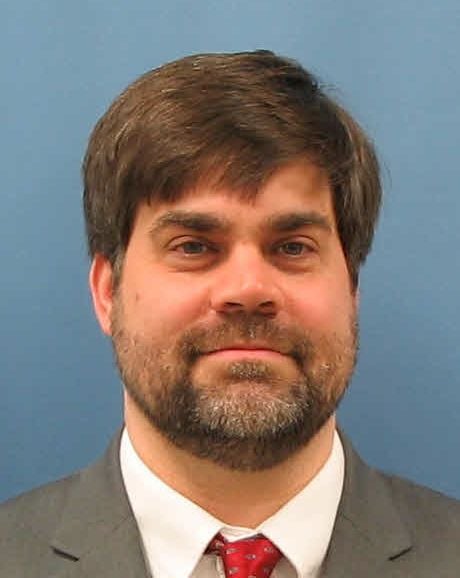 HILLSBORO — East Lawrence residents’ daily commute to industrial plants on the Tennessee River will be shorter as soon as next summer when a long-delayed realignment of Lawrence County 434 is scheduled for completion.

The estimated $900,000 project should go out for bid in November and be completed within six months, Lawrence County Engineer Winston Sitton told county commissioners at their meeting Friday.

“This work includes the realignment of the road and a new railroad crossing,” Sitton said. “We expect it to start the first of next year.”

Presently motorists traveling from Alabama 24 in the Caddo community to Alabama 20 encounter a about a half mile of inferior road surface and routing. About 5.7 miles from Caddo, Lawrence 434 turns from a paved surface into a narrow gravel road that veers sharply to the right and cuts through a farm field and over a steep railroad crossing. Over the years, some large vehicles, including firetrucks and ambulances, have become stuck at the railroad crossing, local residents and officials said. The roadway through the field narrows and is a safety concern, they said.

“It’ll be a great day when we see it paved,” said Joel Allen, owner of Lindon Allen Body Shop along Alabama 20 near Lawrence County 434. “It’ll be a time-saver. A lot of people work at the plants over here. It’s well-traveled. It will be great for Hillsboro and this area.”

He said it should cut about 10 minutes off commutes of motorists who have been taking adjacent roads to Hillsboro and the nearby industrial plants.

Sharocka Vinson, an employee at Dot’s Diner along Lawrence County 434, said the work “is long overdue.”

“It’s been needed to be done a long time ago,” she said. “It will be welcomed. Cars get dirty just driving through the area. It can be unsafe sometimes.”

“This third and final phase will include more grade work, realignment and paving,” he said. “This project has been a decade on (the residents’) minds. It’s going to be a nice, straight, paved road when it’s complete.”

It’s been slowed by federal paperwork and coordinating with the railroad, he said. The money comes from a federal grant that pays 80% of the costs with the county picking up the remaining 20%.

Sitton added Lawrence County 236 between Alabama 33 in Moulton and Alabama 101 in Hatton will be resurfaced in a $650,000 projected funded by the Rebuild Alabama gas tax implemented two years ago. He said rainy July weather delayed the project.

In another road issue, Sitton said the county will post no thru-truck traffic signs along Lawrence County 200 between Alabama 36 and Alabama 157 in the Speake community.

The County Commission has scheduled a work session to discuss the fiscal 2022 general fund budget at 4 p.m. Tuesday with a special meeting to follow to vote on the budget if time permits. If a meeting is not held, the commission will meet at 6 p.m. Thursday.