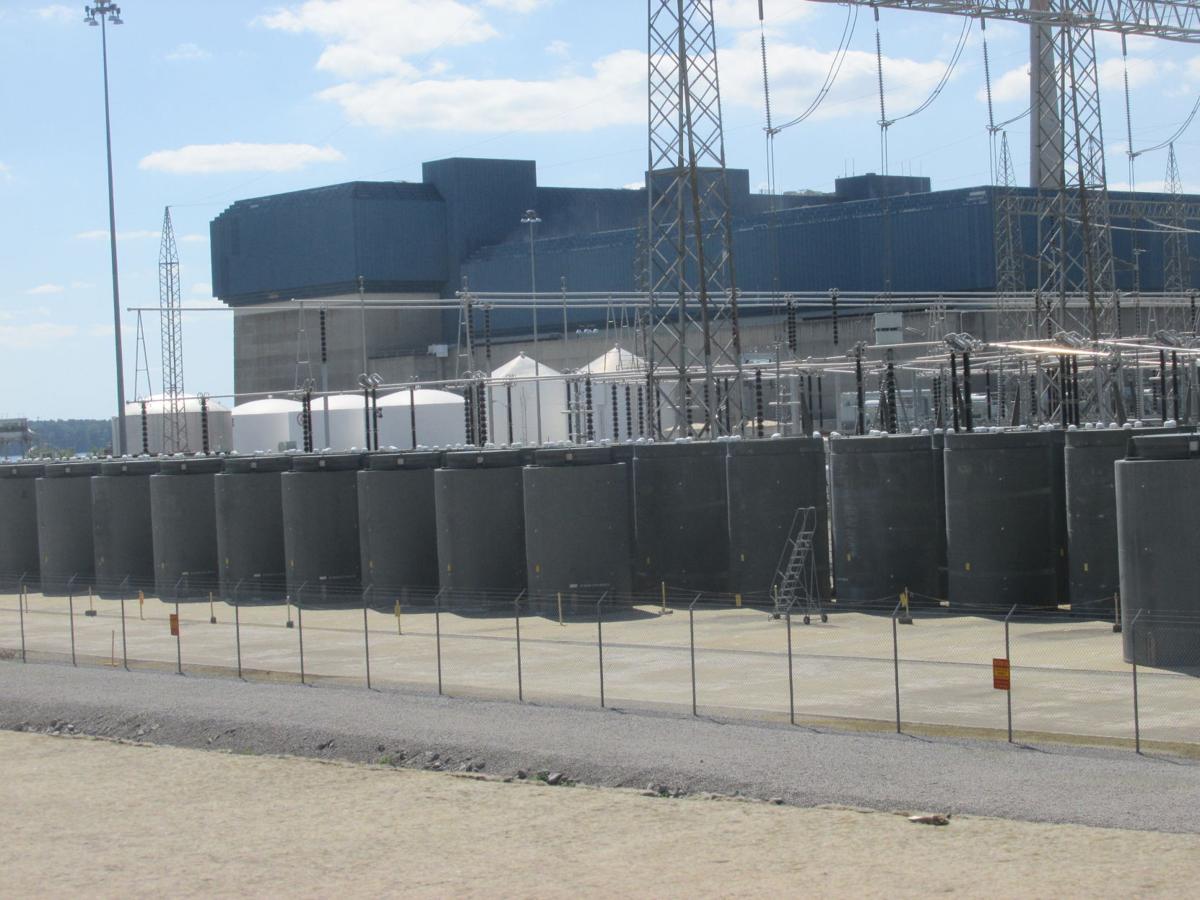 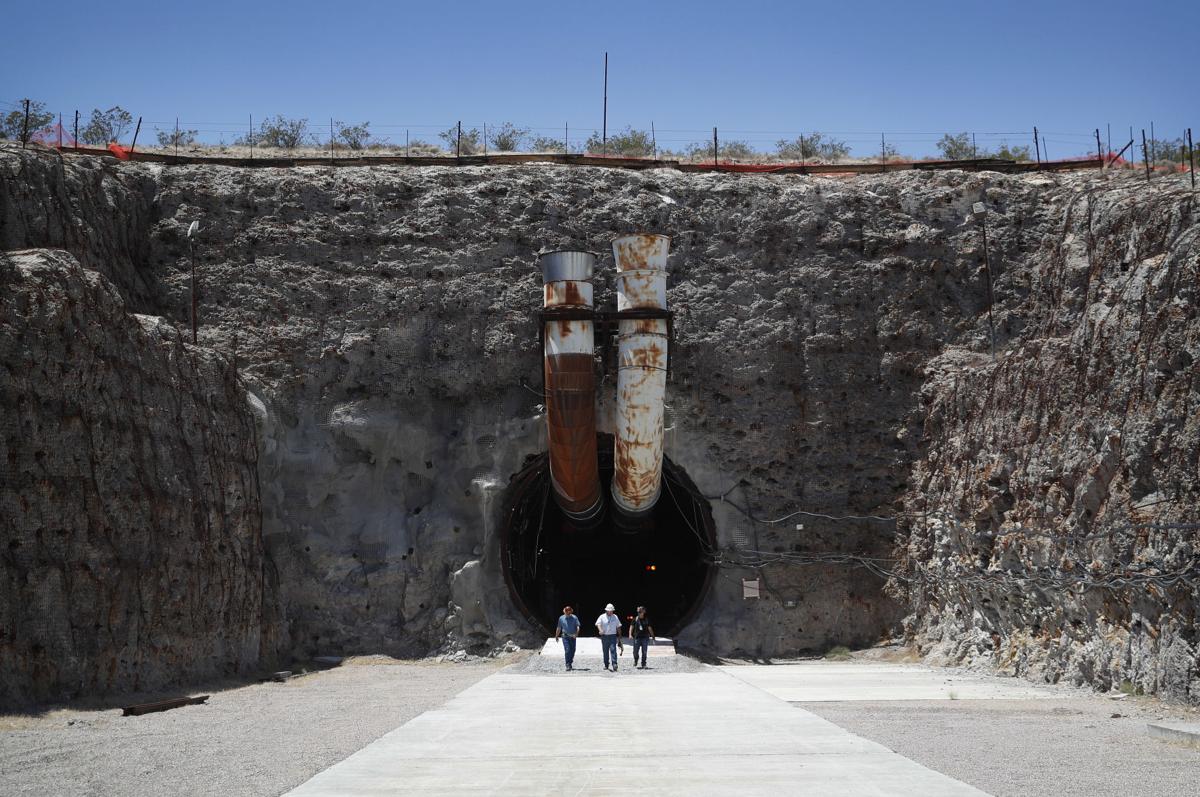 People leave the south portal of Yucca Mountain in July 2018 during a congressional tour near Mercury, Nev. The Department of Energy began studying Yucca Mountain as a national nuclear waste repository in 1978 and the project was approved by Congress in 2002, but federal funding was ended in 2011 under intense political pressure. [JOHN LOCHER/THE ASSOCIATED PRESS] 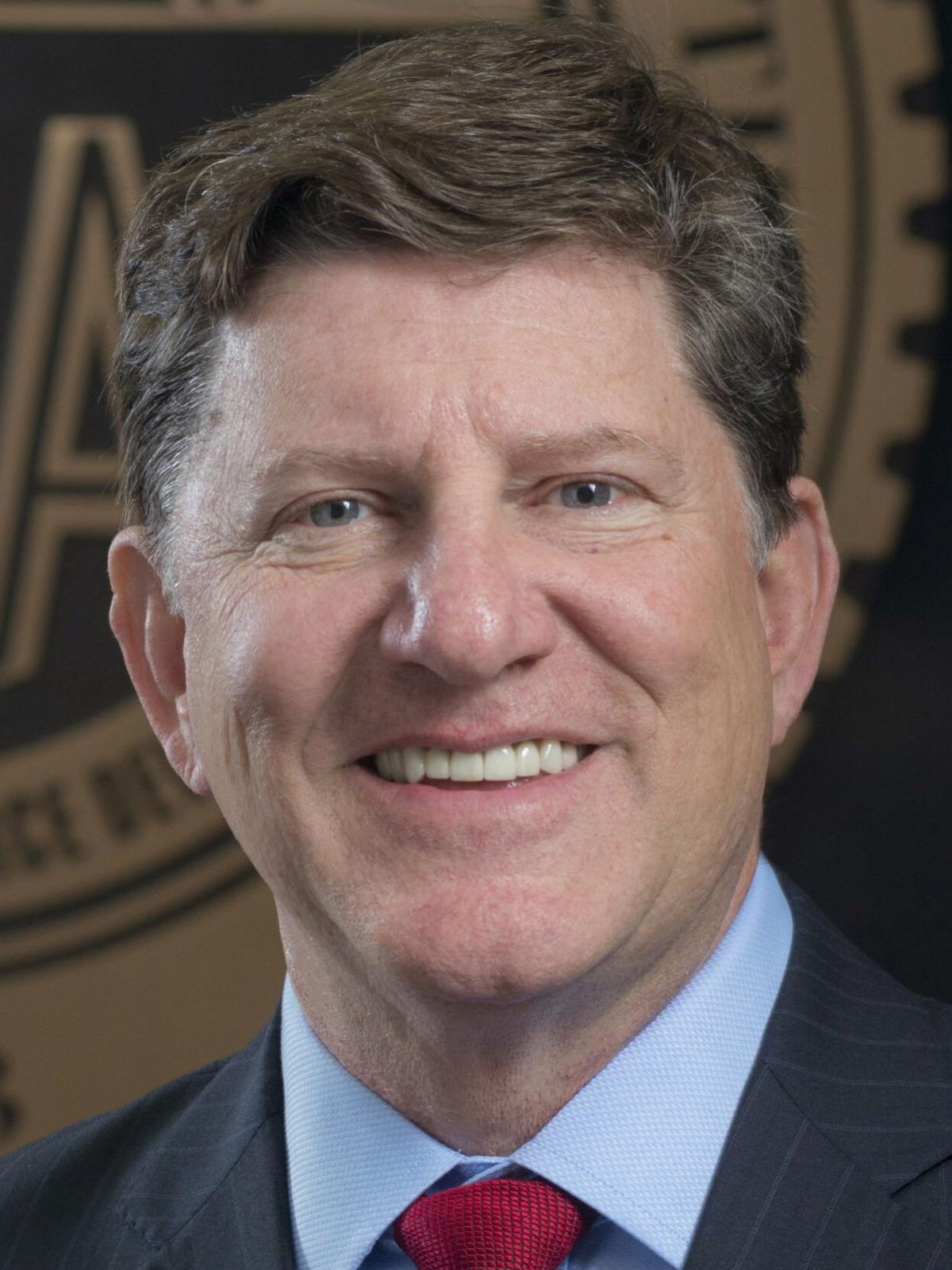 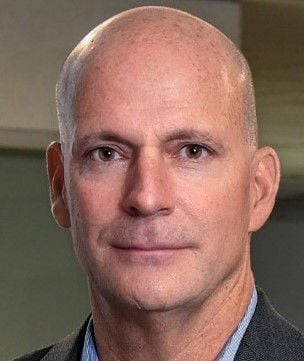 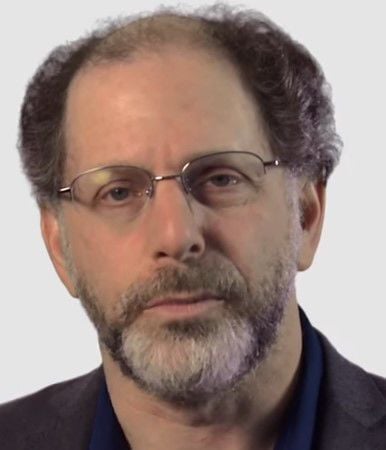 People leave the south portal of Yucca Mountain in July 2018 during a congressional tour near Mercury, Nev. The Department of Energy began studying Yucca Mountain as a national nuclear waste repository in 1978 and the project was approved by Congress in 2002, but federal funding was ended in 2011 under intense political pressure. [JOHN LOCHER/THE ASSOCIATED PRESS]

Part 2 in a three-part series.

If all had gone as planned, 7,654 bundles of radioactive spent nuclear fuel generated at Browns Ferry Nuclear Plant since the 1970s would now be stored in a geological repository at Yucca Mountain in Nevada.

Instead, according to Browns Ferry Site Vice President Matt Rasmussen, the Limestone County plant has an onsite storage facility containing 86 180-ton casks. Each holds 89 used but radioactive fuel bundles. It has more waste in spent-fuel pools locate inside the plant, with the oldest spent fuel moved into about six dry casks per year and added to the growing collection.

TVA CEO Jeff Lyash told a Senate committee last Thursday the accumulation of onsite spent fuel is not a problem.

"Spent nuclear fuel is extremely well understood," he said. "We can store the lifetime of fuel ever used safely on the nuclear site that utilized that fuel. Alternatively, as a country, we could go to regional storage, monitored storage. Countries around the world have moved safely to geological repositories. The strength of nuclear, even in the face of the spent nuclear fuel, is that we understand it, we contain it and it has no impact on the environment."

The spent-fuel casks were not part of a recent media tour, the first offered in a decade at the Tennessee Valley Authority's Browns Ferry. While experts debate the safety of onsite dry-cask storage, the steel-and-concrete HI-STORM casks used by Browns Ferry are stout. Manufacturer Holtec International touts them as being able to withstand an EF-5 tornado or an F-16 plane impact. They are 17 feet tall and 12 feet in diameter, and the interior container includes a neutron-absorbing material to protect against fission.

Before being moved into the casks, the spent fuel is placed in a 40-foot-deep pool located near the top of the 152-foot reactor building.

Each Browns Ferry reactor uses 764 15-foot-tall fuel bundles at a time. TVA replaces the fuel bundles, each of which weigh about 600 pounds, every six years. The spent fuel goes to the cooling pools, where it remains for about five years, until the heat and radiation have subsided enough to permit dry storage.

When Browns Ferry was built, a spent fuel pool incorporated in the plant was designed to hold at least 20 years of the still-radioactive spent nuclear rods. As production increased and the plants’ useable lives were extended, however, the onsite pools were inadequate.

The Department of Energy began studying Yucca Mountain as a national nuclear waste repository in 1978 and the project was approved by Congress in 2002, but federal funding was ended in 2011 under intense political pressure.

"Geological repositories, when you look at the science, are perfectly safe ways to (store spent nuclear waste), Lyash told The Decatur Daily last week. "They're more a social and political issue than they are an engineering issue. From an engineering point of view they're very safe solutions, and they're being done around the world."

Now spent fuel moves from the pool to long-term storage in dry casks that are stored within the guarded perimeter of the Browns Ferry property, an approach similar to that used at all U.S. nuclear plants.

"That's a perfectly acceptable solution," Lyash said last week. "Both of these methods — in the pool and in the cask — are incredibly safe."

TVA Chief Nuclear Officer and Executive Vice President Tim Rausch said a possible interim solution is a national private storage area for the casks operated by a private company; one such facility has been proposed in New Mexico and another in Texas.

“Instead of storing it here and needing to be protected, we’d be able to ship it there,” he said. “They’ll provide the service to oversee it and protect it. That’s up in the air; it hasn’t been finalized yet. There’s pros and cons to it. They would be set up to accept it and dispense it when (a permanent waste depository) is ready, protect it and everything else.

"That’s good because it would be one location instead of (separate locations for every plant.) But then again, you’re moving it and transporting it, and that’s not its final destination.”

Lyash said a consolidated interim storage facility would be more efficient and would avoid the problem of what to do with stockpiled spent fuel when a plant is shut down.

Lyman also had concerns about transporting dry casks to an interim facility, especially when no final repository is in the works.

“The problem with consolidated interim storage is that the logic of the Nuclear Waste Policy Act is that you don’t build facilities like that until you have a repository on its way to being operational because if utilities had an option to ship fuel offsite they’d do that and just forget about it and you’d end up with no repository, but just transferring fuel from one interim storage site to another,” he said, and there is a safety risk in shipping the radioactive materials. “Then you just have to ship it again if a repository does open.”

Rausch would like to see more aggressive study of reprocessing fuel rods, a practice followed in Europe but banned in the United States. The advantages, he said, include increased fuel utilization and decreased radioactive waste.

“They do it in Europe quite effectively,” Rausch said. “Only about 4% of a bundle’s energy has been utilized in six years. You basically take the energy that’s still available in that bundle back out and you repackage it and you use it again. … We don’t do it because there is a step in that process where you have highly enriched bomb-grade plutonium and uranium. They didn’t want bad people to get hold of it, so they just eliminated that.

“There’s some funding that was offered a year or two ago to re-look at it. I wish they would. It makes a hell of a lot of sense.”

“Reprocessing was a failure in Europe. It’s been a failure wherever it’s been tried,” Lyman said. “It doesn’t solve the nuclear waste problem, it only makes it worse. Instead of having spent nuclear fuel you now have high-level radioactive waste like the liquid waste that’s been accumulating at the Savannah River site that’s been accumulating for decades and they still can’t deal with.”

The Savannah River site was designed to reprocess weapons-grade plutonium into mixed-oxide fuel, for use in reactor fuel rods. The project was terminated in 2019.

Lyman said reprocessing requires separating out plutonium, which can be used for nuclear weapons.

“So when you reprocess that fuel, you separate plutonium and you make it more accessible for terrorists,” he said. “It’s not only more expensive, it increases the safety and security risk.”

Lyman said France successfully converts some of the plutonium into fuel and reuses it.

“But they can’t absorb all the plutonium that’s being separated, so it’s just piling up in storage. They’re ending up with a massive storage problem,” he said, and one that makes them more vulnerable to terrorism. “It just doesn’t make sense. It’s a misguided approach.”

Lyash said nuclear waste, unlike waste from other power generation methods, is confined and controllable.

"We know exactly what it is. We know how to handle it. We know it isn't having an environmental impact," he said. "When you get in your car and drive down the street, over the course of a year you're pumping out about the equivalent weight of your car in carbon dioxide.

"You don't know where it's going. You really don't know what it's doing. You just learned it's causing climate change, but that's just the latest thing you learned about it. As an engineer, I much prefer the spent fuel to the uncontrolled, uncharacterized waste we put in the environment from other sources."