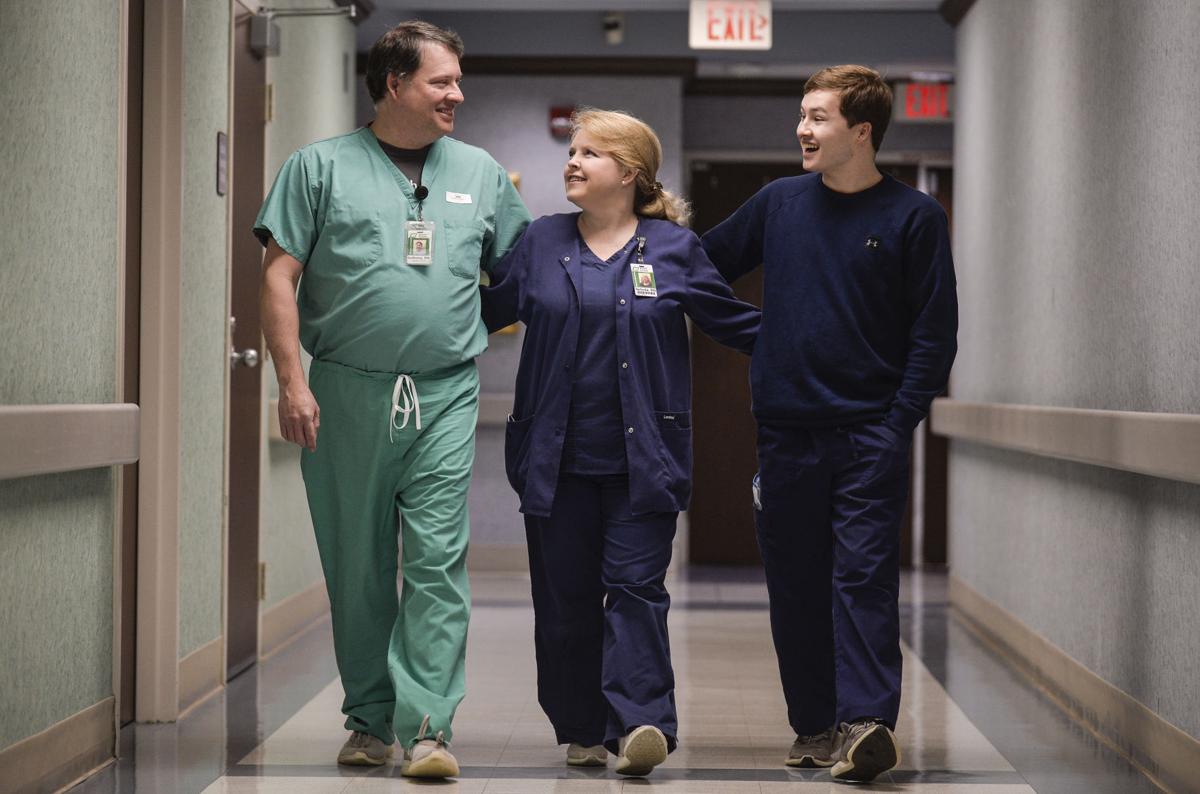 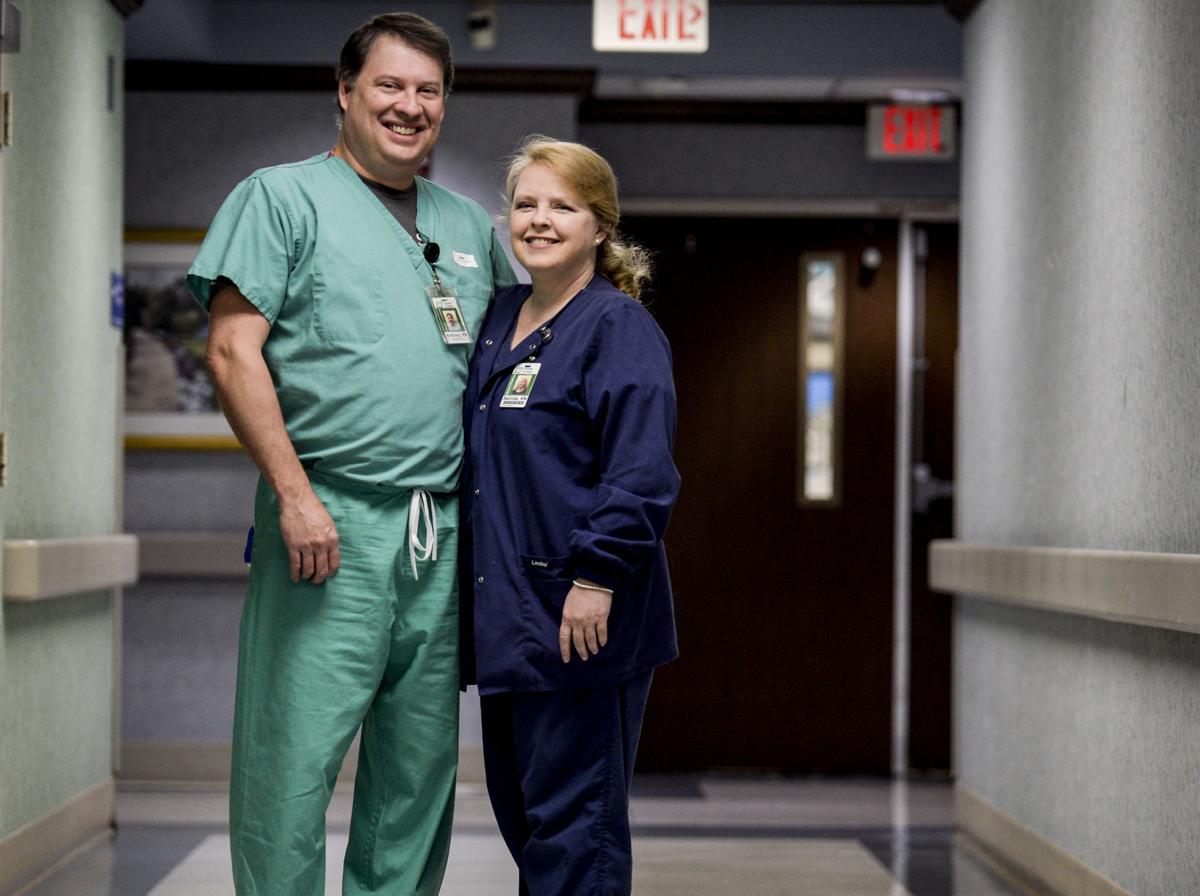 Anthony and Selinda Blackwood have each worked more than 20 years in nursing at Athens-Limestone Hospital. [JERONIMO NISA/DECATUR DAILY]

Anthony and Selinda Blackwood have each worked more than 20 years in nursing at Athens-Limestone Hospital. [JERONIMO NISA/DECATUR DAILY]

ATHENS —Athens natives Anthony and Selinda Blackwood, both registered nurses with more than 20 years each in the health care field, have found rewarding careers in caring for others at Athens-Limestone Hospital, like Anthony’s parents before him.

Now, a third generation of the Blackwood family plans to pursue a medical career.

“I don’t know if you’d say it’s in our blood,” said Anthony Blackwood. “It is just part of our lives.”

His father, Ralph, was an LPN at the hospital and an EMT with the ambulance service, while his mother, Janett, was an LPN for 42 years, with both of them working in most every area of the hospital over the years, though his mother spent most of her career in the nursery and One Day Admissions department.

“Both of my parents are all about helping other people” said Anthony, 50. “They didn’t push me into going to nursing school or into health care in general. It was just what I decided I wanted to do on my own and they supported me in that.

“I knew the career field was wide open in nursing. And you’re helping people on a daily basis, making a difference in people’s lives.”

Selinda, 49, realized early on she was destined to be a nurse.

“To be honest I can’t ever remember a time when that wasn’t what I wanted to do,” she said.

When Selinda was a child, the pediatrician was the one who handled the throat cultures and lab work, while “the nurse got to be the hero,” handing out the lollipops and stickers. “I always wanted to be a hero,” she said.

“My mother always said that she had no doubt (her daughter would be a nurse) because I had the most injured, sickly baby dolls," Selinda said. “They were all covered up with Band-Aids.”

She remembers an older second cousin, a nurse at a Birmingham hospital, caring for their great-grandmother before she died, making sure she was comfortable and took her medication.

“I just knew at that point, this is what I want to do,” Selinda said. “I’m going to be the one to take care of my family and every else’s family. This is my passion.”

After receiving a nursing degree from the University of North Alabama, Anthony joined Athens-Limestone Hospital as a registered nurse on the medical unit in June 1997. The next year he made the move to operating room circulator, then was OR clinical coordinator for about 11 years before becoming director of surgical services in September 2017.

Though Anthony may not have direct contact with patients now, he enjoys “leading my staff to be a competent, safe staff to provide care to people. Even though I’m not directly providing the care, I feel like I’m still providing care to people through those I lead.”

Selinda, who earned a nursing degree at Calhoun Community College, was a nurse tech at Huntsville Hospital’s respiratory care unit for five years in all, during nursing school and after graduating from Calhoun. She joined Athens-Limestone Hospital in 1995, as a registered nurse in intensive care.

The Blackwoods’ older son, Noah, 23, received a chemical engineering degree in May and has applied to several medical schools, while working with a doctor’s office in Athens. Their ninth-grade son is also considering the medical field.

“We’ve never pushed them in that direction,” Anthony said. “We want them to do what they feel led to do and what they’d be happy doing. My parents were the same way.”

When Selinda was at Athens High, she was undecided about whether to pursue a nursing or education degree. She met with a guidance counselor, who said: “I’ve known you for a while. I think (nursing) is what you would really love.”

“We get to spend a lot of time at their bedsides,” she said. “You get to know them, you get to know their families. You get to be a part of making them better and seeing them move on. Or even sometimes if they don’t go home, you still get to help make them comfortable. You still get to be a part of making people’s lives a little better while they’re there.”

Selinda, who considers her hospital co-workers like “a small family,” said her job has a teaching component.