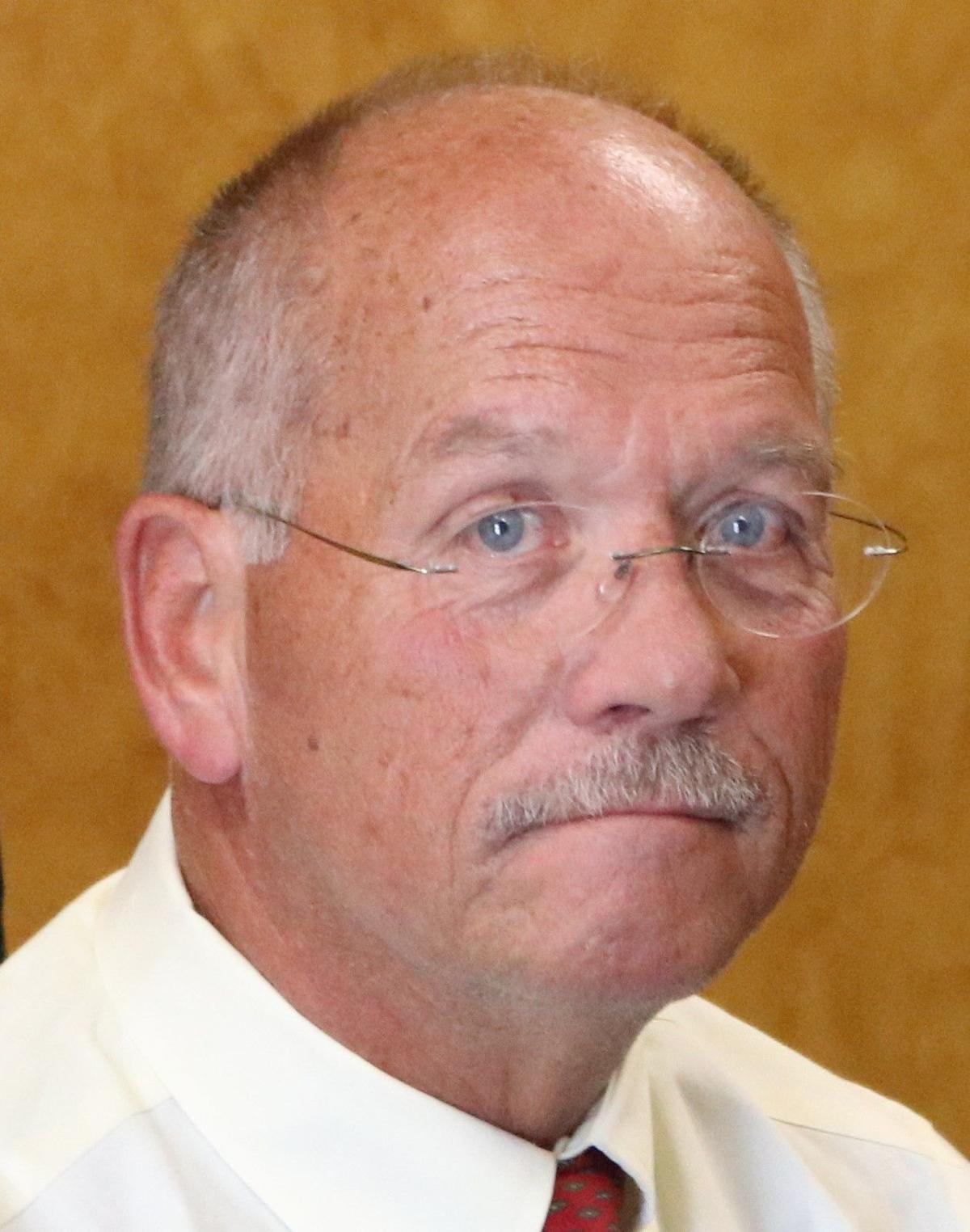 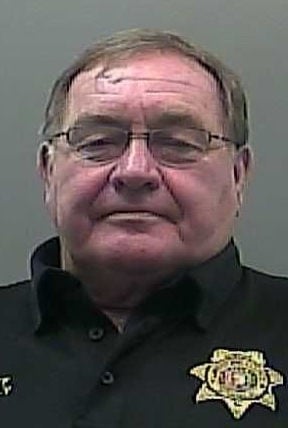 ATHENS — Former Limestone County Sheriff Mike Blakely on Thursday asked the court to declare a mistrial based on a juror's statement that she was coerced into going along with other jurors Monday in finding Blakely guilty of two felonies.

The juror, 74-year-old Sue McEwan Pentecost, said she has stage 4 breast cancer, wears a pacemaker, and was suffering from atrial fibrillation during deliberations.

“When you’re in AFib, it impacts your ability to function, to think logically and I get extremely lethargic and exhausted,” she wrote.

Blakely was convicted on Count 2, first-degree theft, and Count 13, use of his official position or office for personal gain. Both are Class B felonies punishable by up to 20 years, and his felony conviction resulted in his automatic removal as sheriff.

“My vote on Count 2 and Count 13 were both not guilty because I believed then and I believe now that the State of Alabama failed to prove their case beyond a reasonable doubt. A.M. yelled at me over and over throughout both days of deliberations, ‘I AM NOT GOING TO HAVE A MISTRIAL’ as well as other statements making it sound like this was her courtroom, her rules and the Judge’s instructions didn’t matter,” Pentecost wrote.

Pentecost said that on at least six occasions she asked the foreperson to advise the judge that a unanimous verdict could not be reached.

“On my last prompt to get the bailiff or judge to inform them we could not reach a consensus, A.M. ignored my instructions, sat on the table, and told me ‘what the f--- is wrong with you?’ … She and other jurors began to speak to me with raised voices, they attempted to bully me and over time I gave up as I was suffering from AFib,” Pentecost wrote.

“… I wanted to get out of that room because I feared I was about to die from either a stroke or a brain bleed caused by my AFib and not the words or stress of others.”

Judge Pamela Baschab, who presided over the trial in Limestone County Circuit Court, polled the jurors individually in open court after reading their verdict. Each one said they had agreed to the guilty verdicts on Count 2 and Count 13.

“On Count 2 and Count 13, despite what we told the Judge when we were polled, we were not unanimous,” Pentecost wrote. “… I understand I told the Judge that was my verdict, but that was incorrect, not truthful, and I’m ashamed of myself for not saying something when I was asked.”

The judge removed one prospective juror when he said he had suffered a mild stroke and felt unable to serve on the jury. She removed another who said she was three months pregnant. She removed at least two jurors based on the responses they gave in their questionnaires.

Two alternate jurors were dismissed after the testimony but before deliberations began, but the judge advised them to remain available in case one of the 12 jurors could not complete deliberations.

In her affidavit, Pentecost said she came forward on her own and that "nobody has threatened me, harassed me, made promises to me or done anything to get me to come forward ... ."

The affidavit was notarized by Allynn Griffin, who has made frequent Facebook posts supporting Blakely and at one point had as a profile picture a photo of an "I stand with Blakely" sign.

At 2:30 p.m. Monday, about two hours before they reached a verdict, the jury foreperson sent a note to the judge.

“We’d like to know what would happen if we cannot be unanimous on one or more of the counts,” the note read.

After consulting with the lawyers, Baschab called the jurors into the courtroom and instructed them to continue their deliberations.

Blakely, who was in his 10th term and had served as sheriff since 1983, remains in the Limestone County Detention Center. His lawyers filed a motion minutes after the verdict asking that bond be set so he can be released until his Aug. 20 sentencing hearing, but Baschab has made no ruling.

In their motion for mistrial, Blakely's lead attorney Robert Tuten and attorneys Nick Heatherly, Marcus Helstowki and Nicholas Lough asked that the guilty verdicts be set aside and that a mistrial be declared, or that a new trial be scheduled on the two counts.

"The conduct described in Juror Pentecost’s affidavit undermines the validity and calls into the question the verdicts returned on Counts 2 and 13 of the indictment," according to the motion.

The state Attorney General's Office, which prosecuted the case, declined to comment.

"We will begin accepting resumés and then enter into the interview process in the coming weeks," Ivey spokesperson Gina Maiola said Tuesday.

West on Thursday said he first heard about the conviction and his new role from Blakely about two hours after the 4:40 p.m. verdict.

“I did not know he was convicted until former Sheriff Mike Blakely called me and told me himself. Nobody else called me. He said I needed to come up here and that he was convicted. That’s when I left Huntsville and came over here,” West said at a press conference in Blakely’s old office.

Blakely is being held in the multipurpose room at the jail, which is larger than other jail cells, and is being treated as a trusty so he wears street clothes rather than a jail jumpsuit, West said.

“He is in administrative segregation, which means that he’s being separated from the other inmates, which we have to. He has to be in protective custody because he is a former law enforcement officer,” West said.

Blakely’s dog Shadow, a near constant companion who even was brought to him in the courtroom while the jury was in the jury room, has not visited him at the jail, West said.

Blakely does not have a cellphone but has the same access to the jail’s phones as any other inmate, West said.

“The multipurpose room is a cell, it’s just a big one. He’s got a bunk, he’s got a television, he’s got a bathroom like any other inmate. He cannot come out the door without a corrections officer actually opening the door,” West said.

West said it is difficult having the former sheriff in a facility under the supervision of his former employees, but “they have done well with that. I think that they have worked well through that adversity. … He’s not being treated any different than any inmate.”

Chief Deputy Fred Sloss said no one in the detention center has tested positive recently for the coronavirus, although some administrative staff have.

West said Blakely is not permitted to be with other inmates for his own safety, but no effort has been made to move him to a jail in another county.

“I don’t know whether I have that authority to move him since he’s not been sentenced yet. The judge remanded him to custody here, so it may be up to the judge to decide whether he goes somewhere else,” West said.

Blakely's old office was bare Thursday except for a desk and a large safe.

"Everything was taken out of it," West said. "Everything was removed and sent home with his family over the last two days. You would not believe what was in here."

West said Blakely spent Monday night in the administrative building instead of the jail.

West said he would make no policy changes during what he expects to be a brief time in office, leaving that to Ivey's appointee.

"The sheriff seems fine," West said. "I’ve talked with him several times. He’s just waiting for his bond to come through, if it comes through. ... I’ve spoken with him, but he’s not given me any advice. He just told me, 'Good luck.'"

Since this lady signed an affidavit saying that what she thought and how she voted are 2 different things . . then told the judge wrong information when polled . . . isn't this perjury, contempt of court??

This smells this lady had multiple opportunities to speak up about this before the verdict was ever reached. Even after the verdict when she was independently polled she said guilty instead of what she is claiming after the fact.

Agree totally, she may have a new car to drive soon.

Will your Thanksgiving gatherings return to normal this year or have COVID-19 precautions in place?