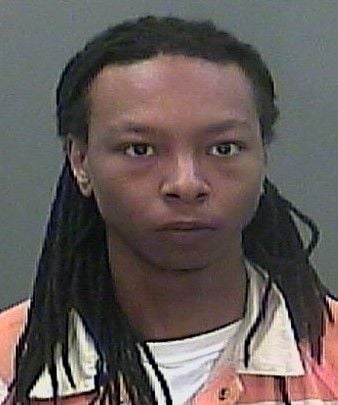 ATHENS — The coronavirus pandemic that shut down jury trials for half of 2020 is again causing disruptions, most recently resulting in the delay of a Limestone County capital murder trial that had been scheduled for this month.

Limestone County Circuit Judge Chad Wise on Tuesday ordered the continuance of the trial of Dacedric Deshun Ward, 26. Ward is charged with murdering 18-year-old Jason Ender West during a robbery in the parking lot of a Sonic restaurant the day after Christmas in 2016.

Wise’s order said he was pushing the trial back “in light of the recent developments concerning the delta variant in the COVID-19 pandemic and the potential consequences the pandemic may have on the defendant’s Sixth Amendment right” for his jury to represent a cross-section of the community.

“We were supposed to try it on the 20th, and there have been some issues with the jury panel because they’re asking about COVID,” Jones said. “(Wise) was concerned about that particular case with the panel because we’ve actually had a panel where we had the same thing happen. So out of an abundance of caution he moved that one to March."

The trial is now scheduled for March 21.

West was shot at the Sonic on County Line Road and Madison police conducted the initial investigation.

According to an affidavit by Madison police Investigator Michael Enfinger, surveillance video from the restaurant showed a Nissan Maxima, later determined by police to be occupied by Ward, parking near a picnic table.

At 3 p.m., “West walked up to the Nissan and talked through the driver door window. After talking for a few minutes, West was shot in the chest,” Enfinger wrote. “He jerked forward and clutched his chest suddenly. He fell against the picnic table then to the ground.”

Police tracked down the Nissan Maxima by calling the last number that West had called on his cellphone. They reached Trevor Davis Cantrell, who initially admitted only to seeing the shooting. Cantrell’s girlfriend said Ward had been using the car earlier in the day, according to police.

After being arrested, according to Enfinger, Cantrell described his involvement in the shooting.

“He eventually admitted that he set up the meeting with Jason West under the pretext that they would sell 89 Xanax pills to him for $300. Trevor said they intended to rob him all along but that he did not know Ward would shoot West,” Enfinger wrote.

Cantrell said West gave them the $300 and Ward shot him, according to the affidavit, and Ward gave Cantrell $24 as his share.

“Trevor said Ward told him he shot West so everyone would know he was a gangster,” the investigator wrote.

Cantrell, 23, was also indicted for capital murder. His trial date has not been set.