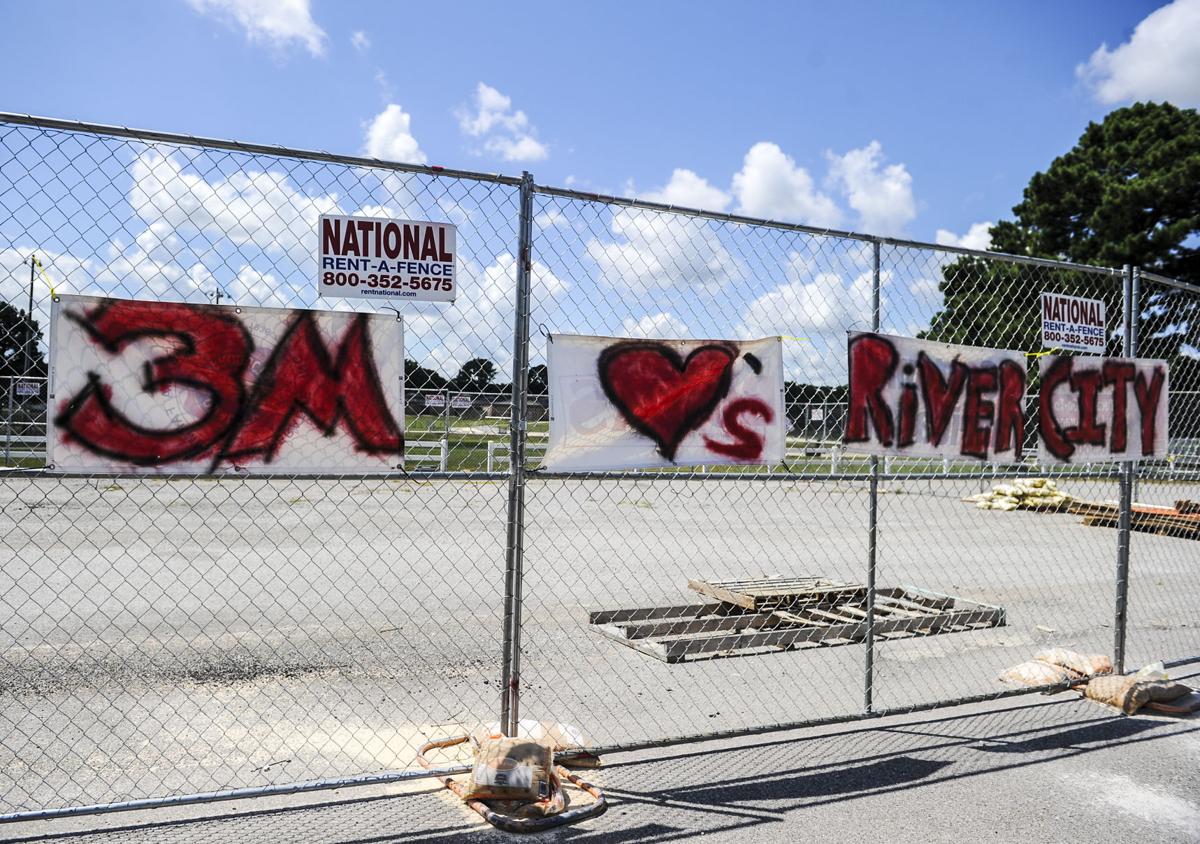 A hand-painted sign is shown Saturday near the Aquadome in Decatur, one of the former 3M dump sites. [JERONIMO NISA/DECATUR DAILY] 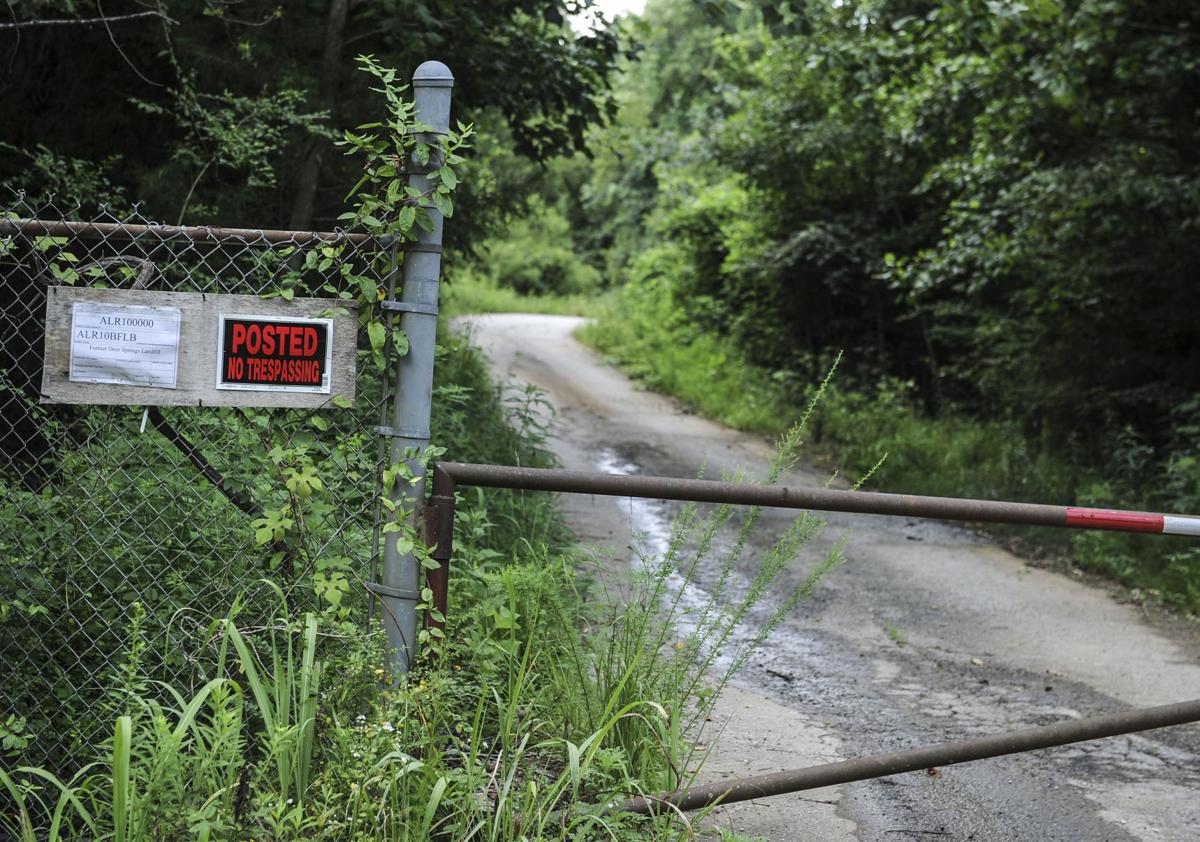 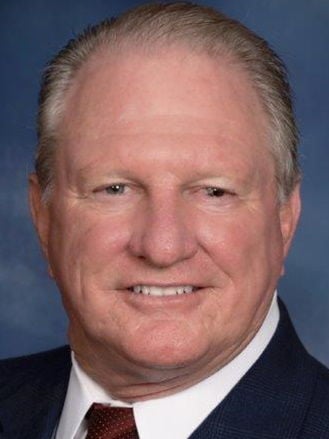 A hand-painted sign is shown Saturday near the Aquadome in Decatur, one of the former 3M dump sites. [JERONIMO NISA/DECATUR DAILY]

A consent order announced Friday by the state requiring 3M Co. to clean up waste sites containing “forever chemicals” and to take steps to limit the release of the chemicals from its Decatur plant also reveals a dozen contaminated dump sites in Lawrence and Morgan counties.

Lance LeFleur, director of the Alabama Department of Environmental Management, on Friday said the consent order took more than a year to negotiate.

“It’s a very comprehensive document and it deals with past, present and future PFAS releases. It holds 3M accountable for all costs related to the cleanup, and it requires a full cleanup,” he said.

The 52-page order signed Friday by LeFleur requires 3M to take steps related to the reduction of per- and polyfluoralkyl substances (PFAS) used currently and historically in 3M’s manufacturing processes.

PFAS, called “forever chemicals” because they do not decompose in the environment, are used to make coatings and products that resist heat, oil, stains, grease and water.

According to a recent report by the Centers for Disease Control and Prevention, exposure to high levels of PFAS negatively affects the immune system and may reduce antibody responses to vaccines, both of which could increase an individual’s vulnerability to COVID-19. LeFleur said data on that interaction is limited, but it concerns him.

The consent order includes no monetary fine for past discharges, although it does impose fines if 3M fails to meet deadlines contained in the order. LeFleur emphasized that, unlike high-profile settlements between 3M and other states, the consent order places no limit on how much 3M must pay in complying with the order.

“Whatever the cost of those actions may be, 3M is obligated to pay it,” he said. “In Alabama, there is no cap. They pay whatever the cost may be to clean it up. That was specifically negotiated because we do not know the extent of cleanup that’s going to be required.”

The order also requires 3M to pay ADEM's costs in overseeing the cleanups.

LeFleur said ADEM was limited in its ability to file suit against 3M, both because Alabama lacks the environmental laws that have authorized such suits in other states and because the U.S. Environmental Protection Agency has not set enforceable limits on PFAS discharges.

“We do not have nationally recognized standards for the release of PFAS compounds into the environment. That has been a very big sticking point with us and throughout the nation. It’s sort of like it’s difficult to write somebody a ticket if there’s no speed limit on the road,” LeFleur said. “We don’t have nationally recognized standards — and they’re being developed, EPA’s working on it — but that’s a time-consuming process. It’s several years down the road.”

He said the consent order gives ADEM control over 3M that it did not previously have, and gives the agency the ability to take 3M to court if it fails to live up to the agreement. He said ADEM leveraged regulatory controls it does have in securing the agreement from 3M, but other factors helped.

“3M can see the handwriting on the wall. They understand that PFAS standards are coming in the future,” LeFleur said. “They have seen this coming, and it is inevitable. This is a way to get that process started.

“Now I’m not here to sing 3M’s praises, but they understand the importance of being responsible corporate citizens. … Our objective is not to run 3M out of the state. Our objective is to have 3M be a good steward of the environment in what they do.”

Much of the consent order focuses on the release of PFAS from the 3M plant on State Docks Road into Bakers Creek and the Tennessee River. The company is required under the order to install better treatment systems to remove PFAS before wastewater is discharged from the plant and from runoff from 287 acres next to the plant where PFAS-contaminated sludge was once deposited. The company also must do more extensive monitoring of soil, groundwater and surface water to determine which PFAS are being released, and the amount of the chemicals released.

3M must perform numerous studies on ways to reduce PFAS discharges from its plant, and on the toxicity of the chemicals. One goal of those studies, according to ADEM, is to assist the EPA in ongoing efforts to develop national numeric standards on PFAS, which the federal agency categorizes as emerging contaminants.

More than three pages of the order require 3M to monitor PFAS levels in air near the plant and to develop methods for reducing the air’s contamination levels. LeFleur said ADEM has concerns about potential health impacts from inhalation of PFAS, but also has concerns that airborne PFAS ends up on soil and is transported to groundwater or the river by storm water.

3M spokesman Sean Lynch said the company has already invested heavily in its effort to reduce environmental contamination from the plant.

“To date, 3M has invested more than $100 million to address PFAS at the 3M Decatur site, including a significant cap and containment project to manage PFAS-impacted soil and groundwater, and the installation of a granular activated carbon system to remove PFAS from ground water,” Lynch said in an email. He said the company will also evaluate other filtration systems, including reverse osmosis.

The order also applies to off-site dumps containing 3M waste, and it lists more such sites than have previously been made public. All are in Morgan or Lawrence counties.

“It’s unlikely that we have identified all the sites — very unlikely,” LeFleur said. “We anticipate there will be more sites. The 12 listed in the document were dump sites that are legacy sites. There are more sites that contain PFAS contamination, they just don’t happen to be those dump sites. Inventorying all of those is the first step.”

The 12 waste sites listed in the consent order:

• A site located northwest of the intersection of Danville Road and San Souci Cave Road in Morgan County;

• A site at the intersection of West Chapel Hill Road and George Russell Road in Decatur;

• A site near the intersection of Old Trinity Road and Woodall Road Southwest in Decatur;

• Brookhaven Landfill, located on a 40-acre site that includes the Aquadome and the former Brookhaven Middle School, on Fifth Avenue Southwest in Decatur;

At each of these sites, as well as additional dump sites discovered in the future, the consent order requires 3M to monitor soil, surface water and groundwater to determine whether any of numerous listed PFAS are present. The company must then develop remediation plans for the sites and, upon approval by ADEM, begin remediation efforts. The company also must test any private drinking wells potentially affected by PFAS and, where necessary, provide owners with an alternative drinking supply.

According to the order, 3M has already detected PFAS in groundwater coming from the Lawrence County 222 and Browns Ferry Road sites.

In the event that a spill causes PFAS to enter the river, 3M is required to immediately notify all downstream water authorities, including West Morgan-East Lawrence Water Authority and all Shoals-area water departments.

Lynch said 3M will comply with the consent order.

“3M has been part of the Decatur community for nearly 60 years. We take pride in our local involvement and are dedicated to being good stewards of the environment,” he said. “We are fully committed to fulfilling the consent order obligations and look forward to continuing our work with ADEM, the U.S. EPA and our friends and neighbors in the community to implement PFAS solutions that focus on the future.”

Le Fleur said the consent order does not preclude the many pending PFAS-related lawsuits against 3M from going forward, although he said as a practical matter it may mean some lawsuits that are demanding monitoring and remediation are no longer necessary.

One of those lawsuits was brought by Tennessee Riverkeeper, a nonprofit headed by David Whiteside of Decatur. He is a vocal skeptic of ADEM, but expressed cautious optimism about the consent order.

“In general, this seems like a step in the right direction, but unfortunately ADEM for decades has established a pattern of siding with polluters over the public,” Whiteside said. “This plan on the surface seems wonderful and ambitious, but the people of Alabama are being asked to put a lot of faith in ADEM.”