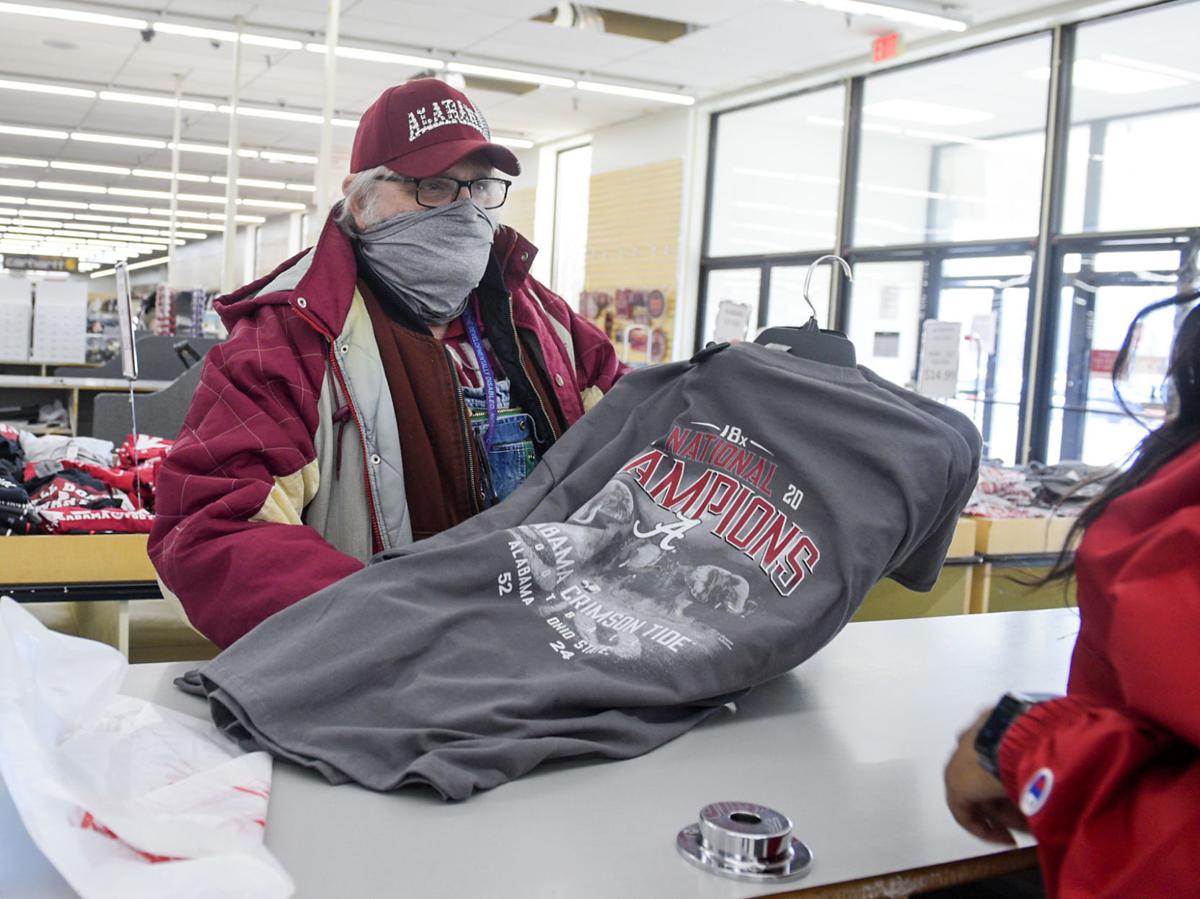 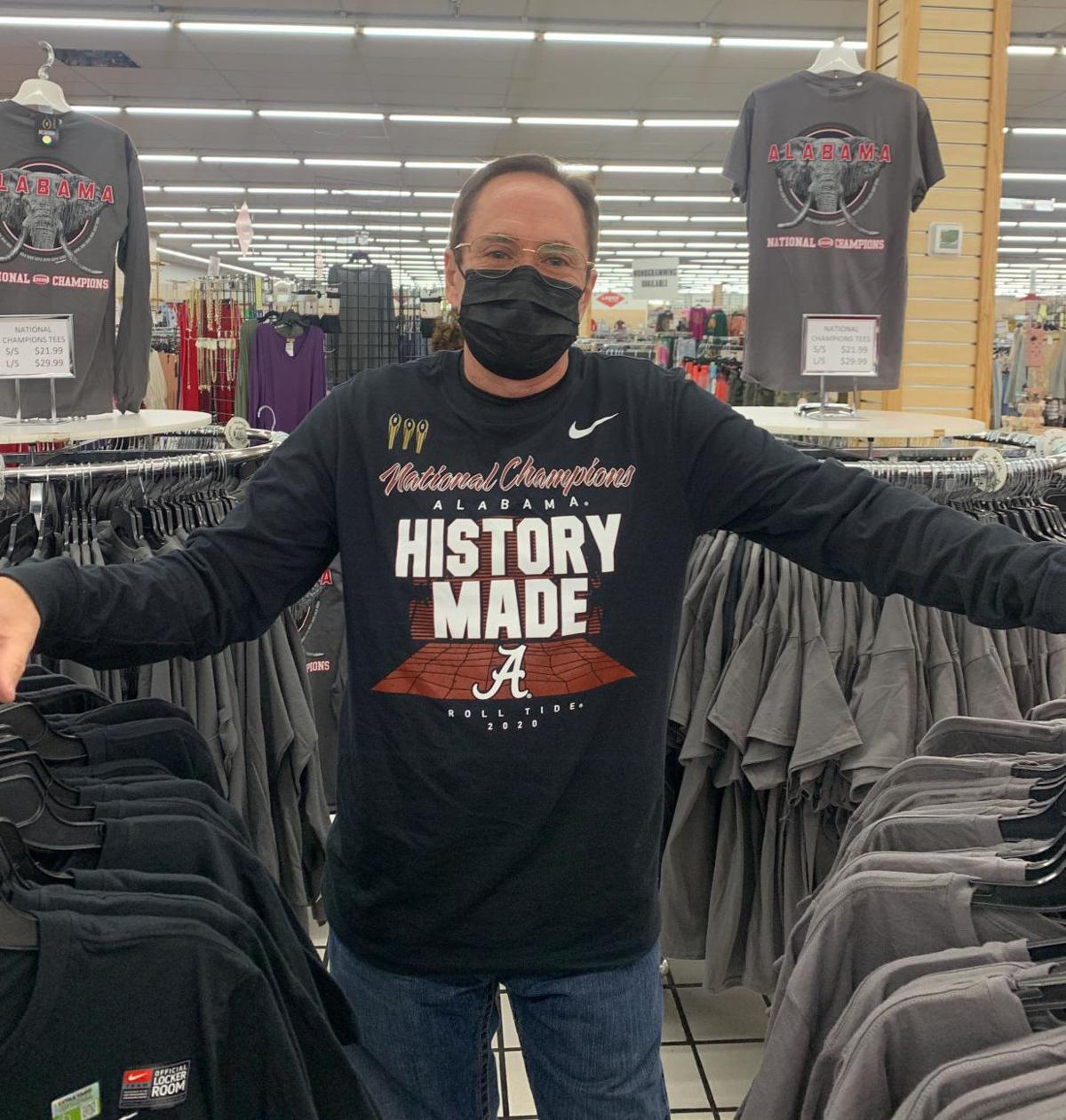 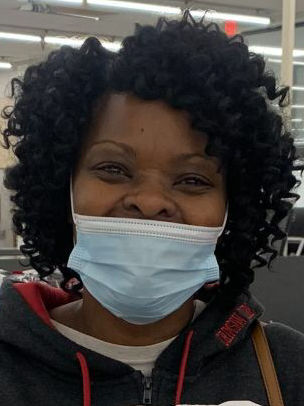 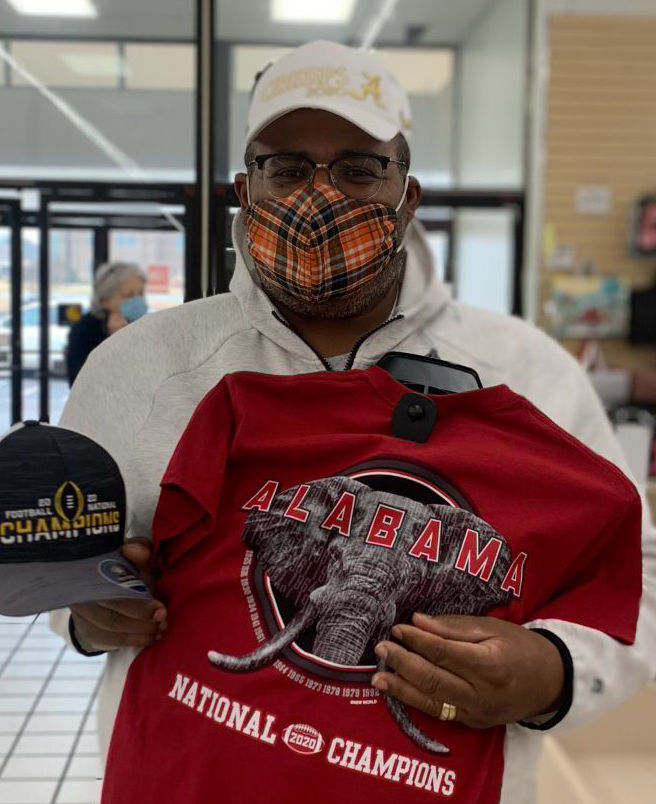 Kelvin Roberts tries to find Alabama merchandise for both himself and his son Tuesday morning. [CASSIE KUHN/THE DECATUR DAILY]

Kelvin Roberts tries to find Alabama merchandise for both himself and his son Tuesday morning. [CASSIE KUHN/THE DECATUR DAILY]

Some Alabama fans could hardly wait to get clothing attesting to their favorite team's latest national championship.

As Martin’s Family Clothing on Beltline Road in Decatur opened Tuesday morning, about a dozen Alabama fans made their way into the store — and some had already been shopping for championship merchandise elsewhere for hours.

“I got this one,” Hardiman said, pointing to his shirt. “I’ve been to three stores. I was at Academy last night when they reopened and bought several, and then I went over to Hibbett’s and bought the white long-sleeve … I was coming to see if they had the gray long-sleeves, which they do.”

Kelvin Roberts said he enjoyed watching the championship game and was looking for merchandise for both him and his son.

“It was wonderful,” Roberts said. “I’m just excited. I’m buying this for my baby son. He’s an Alabama fan.”

Maria Rather said Martin’s was her second stop of the day, after first purchasing national championship merchandise from Academy Sports.

Rather said she’s been an Alabama fan since her cousin, former Athens High star Keith Askins, played basketball for the university in the 1980s.

“I went to Academy first, then I came here,” she said. “I had to get my grandson a hat.”

Martin’s had national championship shirts in black, gray and crimson Tuesday morning, and later in the day it had shirts displaying the final score of the championship game.

"The weather wasn't nice, though," Christopher said. "I don't think people were getting out because it was icy and cold."

He said online sales of national championship merchandise have been strong this week. He said the only thing holding back sales may be Alabama's success.

"Overall, Alabama apparel has been trending down," he said. "Alabama is winning so many championships. How many caps and T's do you need? ... It was a good year though overall."

He said Alabama apparel outsells Auburn about 70% to 30%.