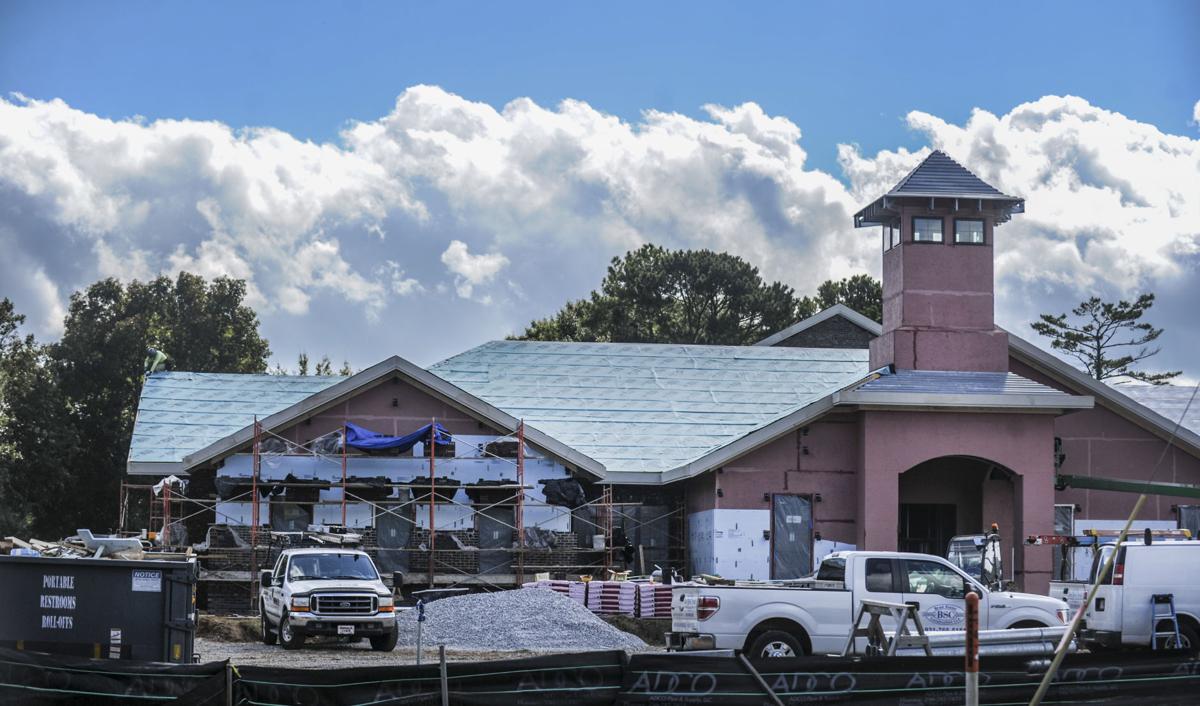 Construction of the new Decatur Fire Department Station 5 at Danville Road Southwest and Modaus Road continues on Monday. The fire chief expects it to be complete by January. [JERONIMO NISA/DECATUR DAILY] 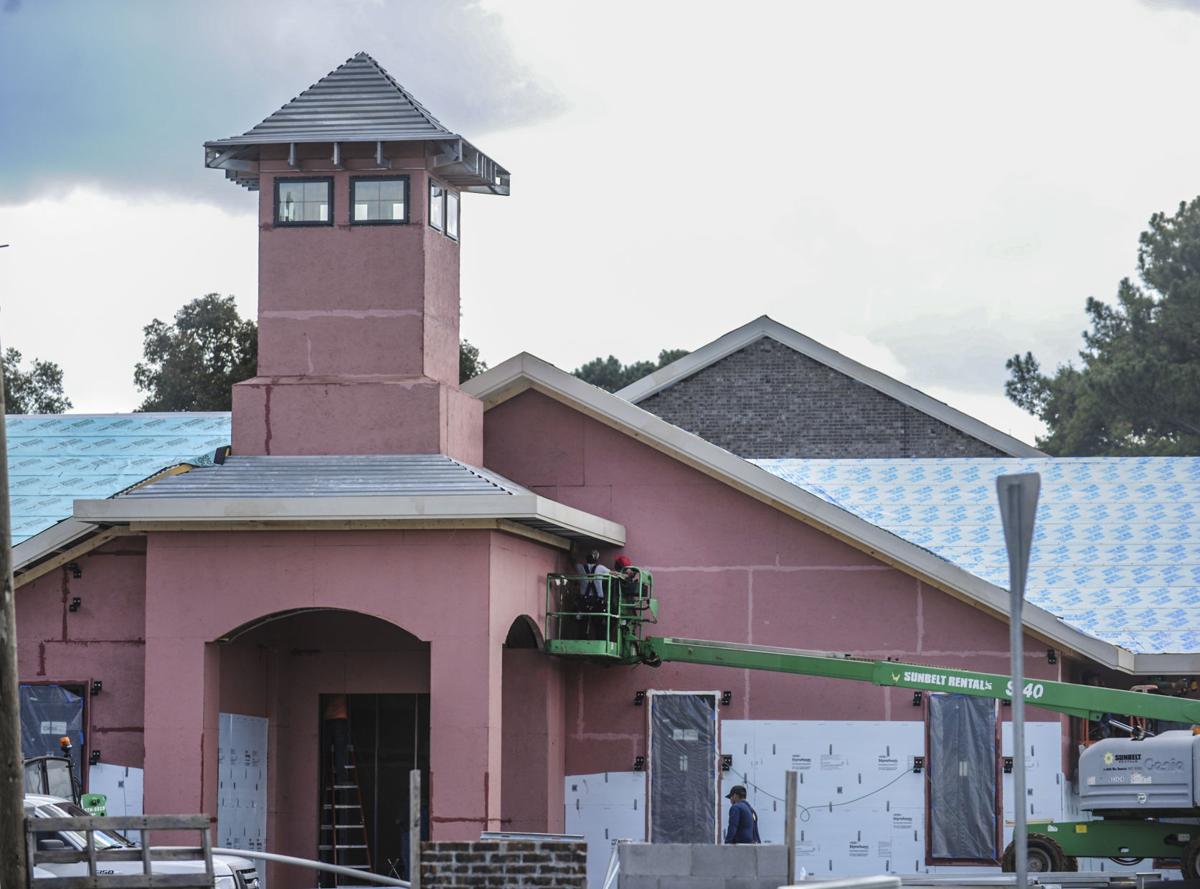 Construction of the new Decatur Fire Department Station 5 at Danville Road Southwest and Modaus Road continues on Monday. The fire chief expects it to be complete by January. [JERONIMO NISA/DECATUR DAILY]

“Hopefully, they will be finished by December or January,” Thornton said. “It’s close enough that the guys are getting more and more excited about moving into the new station.”

The estimated cost for the new station is $3.53 million, although the City Council was presented proposed change orders at Monday’s work session.

Thornton said the dirt “was worse than expected” so the contractor went over the allotment for dirt removal, adding $65,000 to the cost. An AT&T line that wasn’t in the initial plan also had to be moved, the chief said, adding another $8,591.

The chief said the contractor asked his subcontractors to order supplies now that will be needed later so there aren’t any more construction delays.

Tom Polk, development services manager for the city’s Building Department, said most but not all of the subcontractor rough-in inspections are complete. Workers have begun laying some exterior brick in places.

“The rough-ins will need to be completed before final framing inspection so subcontractors did some partial framings to keep things moving,” Polk said.

Polk said the sheathing has been added. Sheathing is a layer of boards or of other wood or fiber materials applied to the outer studs, joists and rafters of a building to strengthen the structure and serve as a base for an exterior weatherproof cladding.

“If the building looked pink recently, it’s the addition of the vapor barriers,” Polk said.

The building appears to have a roof, but Polk said that’s R-20 composite nail-based roof sheathing. An underlayment will be put on top of this thermal barrier and then the plan is to use asphalt shingles.

Thornton said he recently met with the city’s Information Technology Department officials about the cable internet that will be added to the building.

The fire station will feature two fire engine bays, an office, kitchen, living area, locker room and turnout/decontamination room that will also serve as a storm shelter for the firefighters.

Thornton said some of the furnishing in the old station will be moved to the new station when it’s complete. However, he is replacing some worn-out furniture like recliners, office chairs and bedding.

Decatur Fire & Rescue mans Station 5 with 12 firefighters who are divided into three shifts a day.

The new station will replace the old Station 5 that’s 0.8 of a mile from the new station. The old station is on Danville Road Southwest, near Decatur Morgan Hospital’s rehabilitation center and Decatur Mall.

The aging station was built in 1962 and is too small for today’s wider firetrucks. The building also isn’t compliant with the federal Americans with Disabilities Act and lacks a separate bathroom for women. Drivers have to stop traffic to back the firetrucks to park because it doesn’t have drive-thru bays.