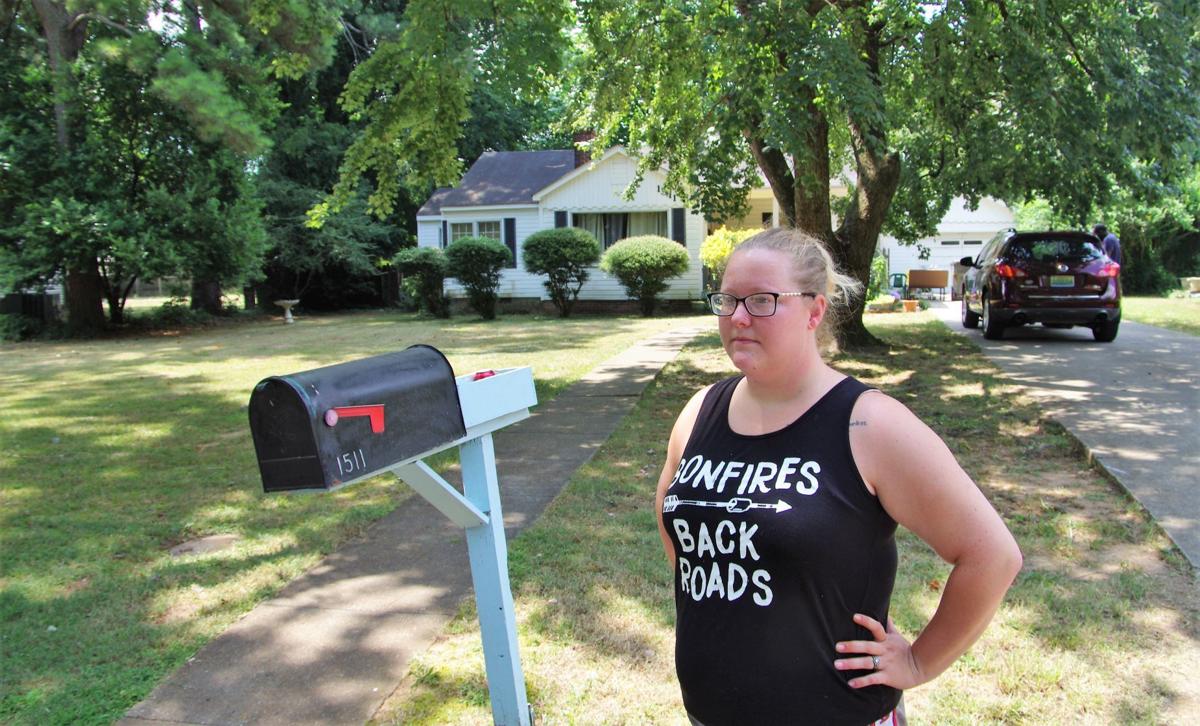 Standing in front of the scene of the fatal shooting, Lindsey Moore, the younger sister of victim Landon Ellis Borden, talks about her brother’s love of life on Monday morning. Borden was shot at the 1511 Chestnut Street S.E. home on Saturday night. [MICHAEL WETZEL/DECATUR DAILY] 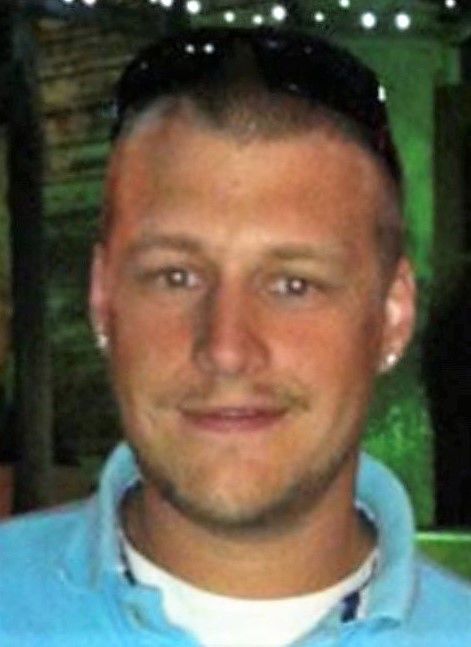 Decatur police are investigating the county's 20th homicide of the year and the eighth in the department's jurisdiction after a shooting death Saturday night near East Acres Apartments.

Landon Ellis Borden, 31, was fatally shot at his mother’s home at 1511 Chestnut St. S.E., and police are seeking assistance from the public in the ongoing investigation.

The younger sister of the shooting victim said she is going to miss her brother's unique way of making people laugh and spending time fishing with him.

“I’m going to miss his goofiness, his laughter, the way he told jokes,” Lindsey Borden Moore said, “He had a funny way to tell jokes that would have everybody laughing.”

Decatur police spokeswoman Emily Long said police are investigating the case as a homicide. She said it was the third homicide in the city limits this year. A body found floating in a tributary of the Tennessee River near the Wheeler National Wildlife Refuge administration building on July 31 has not been ruled a homicide as authorities await more details from the autopsy.

Long said Decatur police responded to a call about 11:30 p.m. Saturday in reference to medical assistance.

Borden was suffering from a gunshot wound, according to a police news release. “The victim was transported to the hospital, where he later succumbed to his injuries,” the release said.

Chestnut Street is about two blocks north of the East Acres housing project in Decatur where multiple shootings, including a fatal July 4 shooting of a 16-year-old male, have occurred in 2020.

“We’re pursuing all leads in the case,” Long said about Saturday’s slaying. The police are urging anybody who has information on the case to contact Detective Sean Mukaddam at 256-341-4617 or email him at smukaddam@decatur-al.gov.

Moore said she’s going to miss fishing with her brother.

“Landon was a free spirit who loved his family and friends dearly. He spent most of his free time outdoors, taking a special interest in hunting. To beat the Alabama heat, it was not rare to find Landon swimming or fishing in his favorite local spots," Moore said. "He loved to fish and swim, wherever there was water. It was Smith Lake or the Tennessee River, he was all about fishing, swimming, jumping off bluffs into the water as a kid.”

Moore said her brother was between jobs as a construction worker and leaves behind a daughter, 11, and two sons, one 5 years old and the other 8 months old.

“We’re all heart-broken,” she said. “It is just so tragic. Right now, I’m living minute by minute, hour by hour. It hasn’t hit me yet that he’s gone.

“We’re ready to move from this part of town. There are shootings going on all of the time. I’m hoping justice gets served in this case. Nobody’s perfect, but no one deserves to have their life taken that way.”

Ricky Teague and his wife Lynn live a few doors east and across the street from Borden's residence.

“We didn’t hear any sirens Saturday night,” Ricky Teague said. “I’ve heard arguments from a couple of houses down that way. When I heard that Landon had died, I know he didn’t deserve what he got.”

Lynn Teague said  over the last couple of months she has heard gunfire during the days and nights in the area.

“People are a lot meaner now and they have a lot of time on their hands and we see a lot of drugs going on. I don’t believe it is COVID-related. It’s getting bad. We hear shots coming from East Acres all of the time.”

Lynn Teague said they have lived in their house 23 years and have no plans to move.

“Nobody bothers us here,” she said. “We see drug deals in the parking lot at Chestnut Street Apartments. I don’t think the people swapping even live there. They just go there for the drug deals. But what happened Saturday night is a sad situation. The families of the victim and the shooter are the ones who pay. They’ve lost loved ones.”