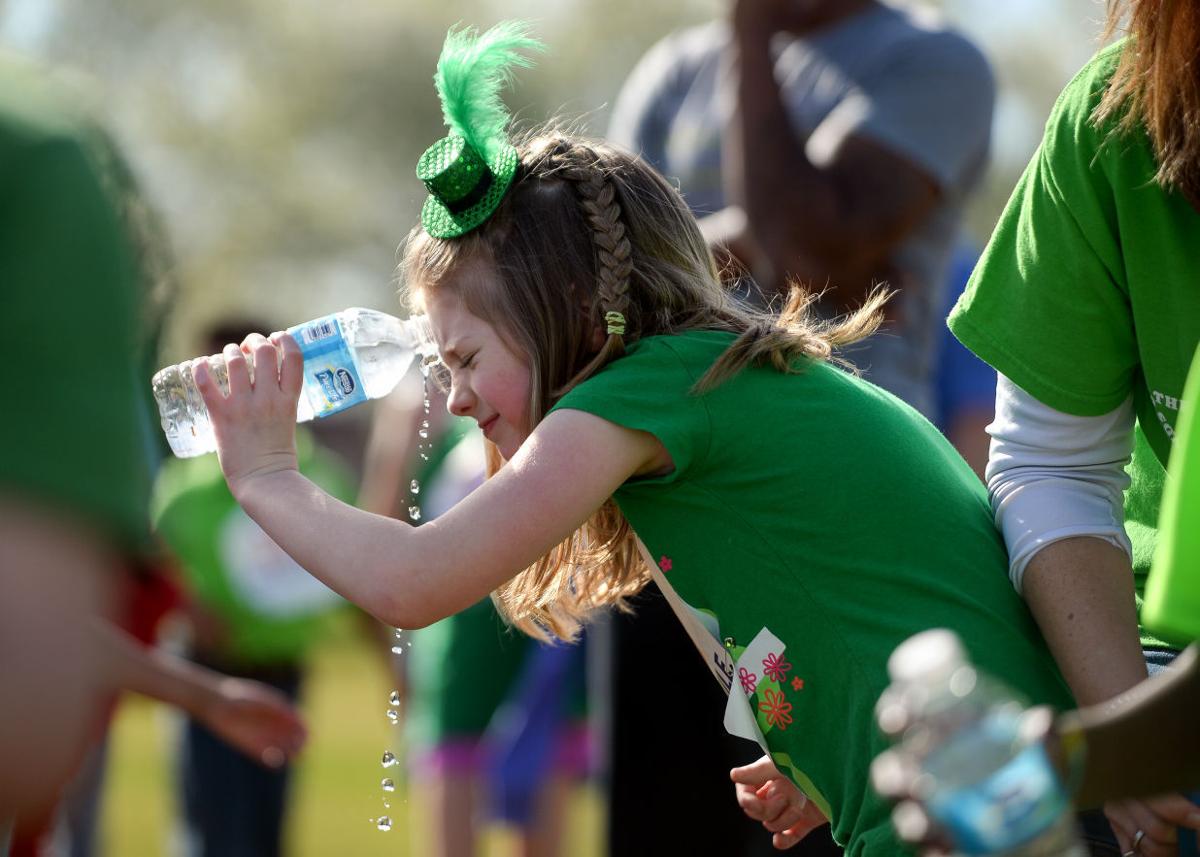 Benjamin Davis second-grader Danica Stewart pours water on her forehead after running a mile at Delano Park in Decatur on Thursday. 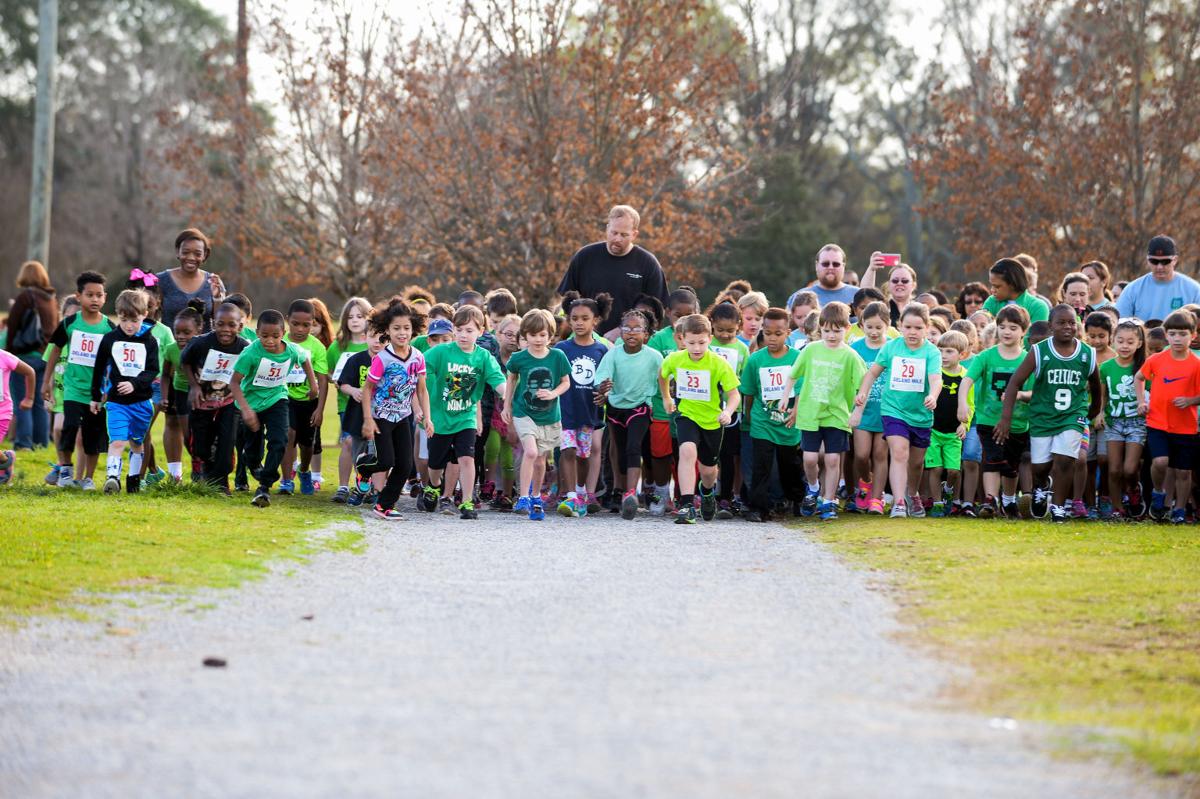 Benjamin Davis and Leon Sheffield first-graders take off for the mile run at Delano Park in Decatur on Thursday. 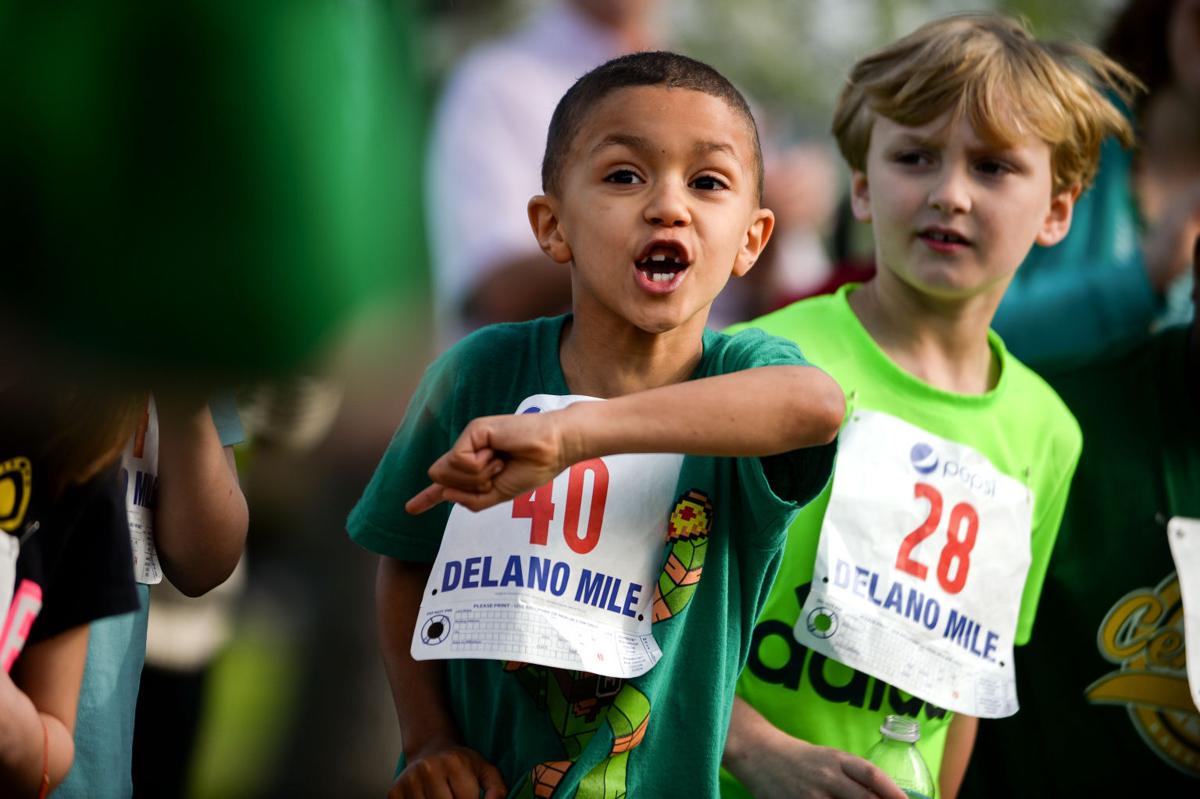 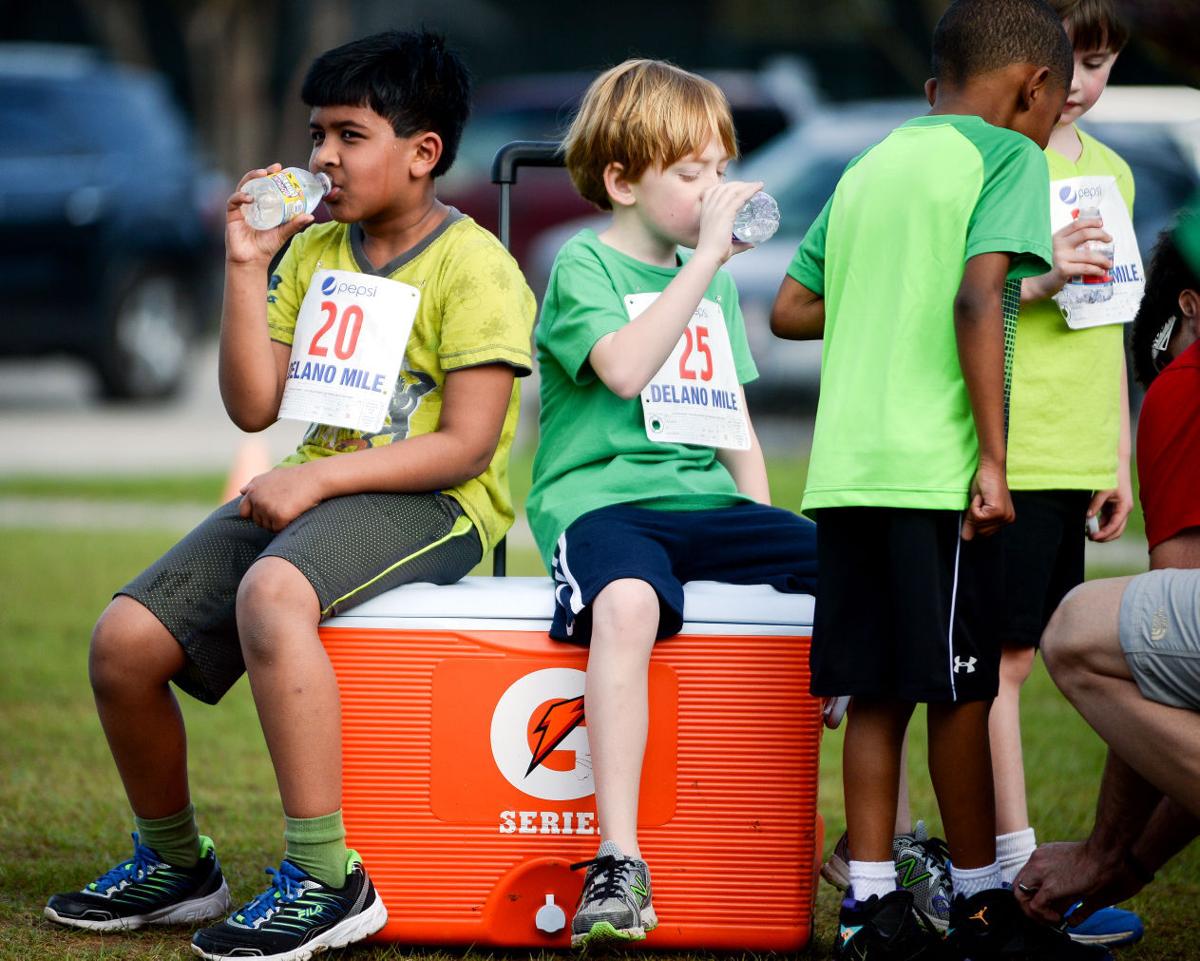 Benjamin Davis second-grader Danica Stewart pours water on her forehead after running a mile at Delano Park in Decatur on Thursday.

Benjamin Davis and Leon Sheffield first-graders take off for the mile run at Delano Park in Decatur on Thursday.

Hudson Collins could hear his classmates yelling his name as he raced to the finish line of the 1-mile run for magnet school students Thursday at Delano Park.

He didn’t take time to look at them because his eyes were focused on the time clock as it raced past seven minutes.

“I was thinking about how my teacher told me to run hard when I get to the finish line,” the Benjamin Davis student said.

Collins, a first-grader, was among the more than 600 Decatur City Schools students to participate in the run and the first to cross the finish line. But winning wasn’t the goal and never has been since retired physical education teacher Johnny Thrasher started the run in 1992, school leaders said.

“It’s about the physical fitness of our students and the battle against childhood obesity,” said physical education teacher Levi Terry.

The state requires school districts to assess students’ fitness annually. Students at Benjamin Davis and Leon Sheffield run their mile in a public setting, away from their home schools, so parents can participate.

“This gives all our students an opportunity to do something with their parents watching,” Terry said.

In 2012, the State Department of Education adopted the Alabama Physical Fitness Assessment after several reports showed about 35 percent of the state’s students suffered from obesity.

The new assessments replaced the President’s Challenge Fitness Test, which Alabama’s public schools had used since 1984. They started in 2013 for every student in grades 2-12 and focused on assessing health and physical fitness.

Terry said the new standards target achieving and maintaining a healthy level of fitness and were designed specifically for students in Alabama, which ranked in the bottom 10 percent when compared to activity profiles of youths in other states.

Heather Coon, a second-grade teacher at Benjamin Davis, said her family has benefited from the fitness run. She said her two sons, Patton and Smith, participated in the event. Patton, now a sophomore at Decatur High, hated running the mile, but he is a member of his school’s cross country team.

“The experience of doing this followed them,” Coon said.

Terry said they also encourage parent participation in the run, which is why Carnellia Pitts stood Thursday morning at the start line with her daughter, Braylee.

“We want fitness to be a family activity,” she said.

Carnellia Pitts said she and her daughter have talked about getting healthier because of the run.

“I’m already a runner, and she does a lot of other things about dance, but this (1-mile run) is good because it gives us a common reason to talk about fitness,” the mother said.

Although there are genetic, behavioral and hormonal influences on body weight, obesity occurs when people take in more calories than they burn through exercise and normal daily activities, according to the Mayo Clinic.

According to the Centers for Disease Control and Prevention, there is a link between academic performance and physical fitness.

Research has shown school health programs can reduce the prevalence of unhealthy behaviors among young people and have a positive effect on academic performance, the CDC reports.

Riley Adcock, now a special education teacher at Benjamin Davis, participated in the run when he was an elementary student.

“I was never a fast guy, but I remember it was cool and something you looked forward to doing,” he said. “Kids who are fit do perform better in class because they feel better about themselves.”