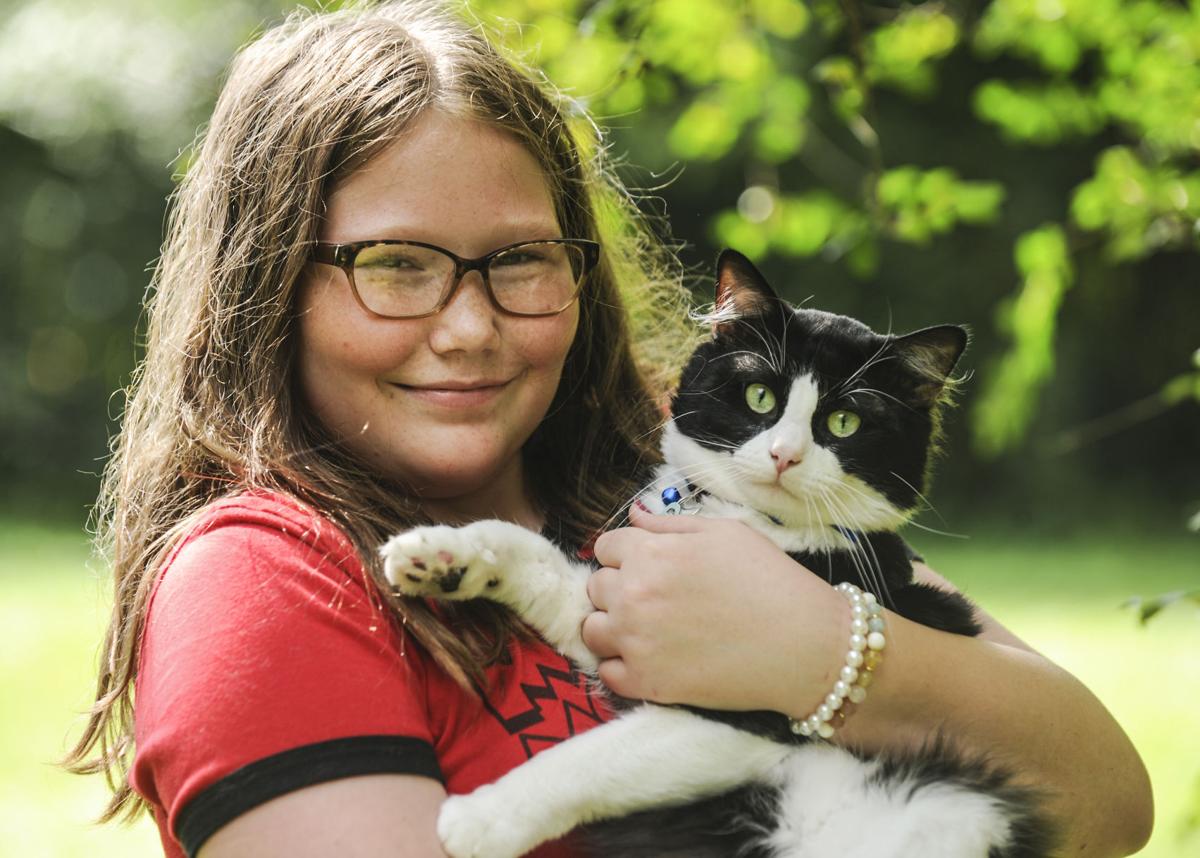 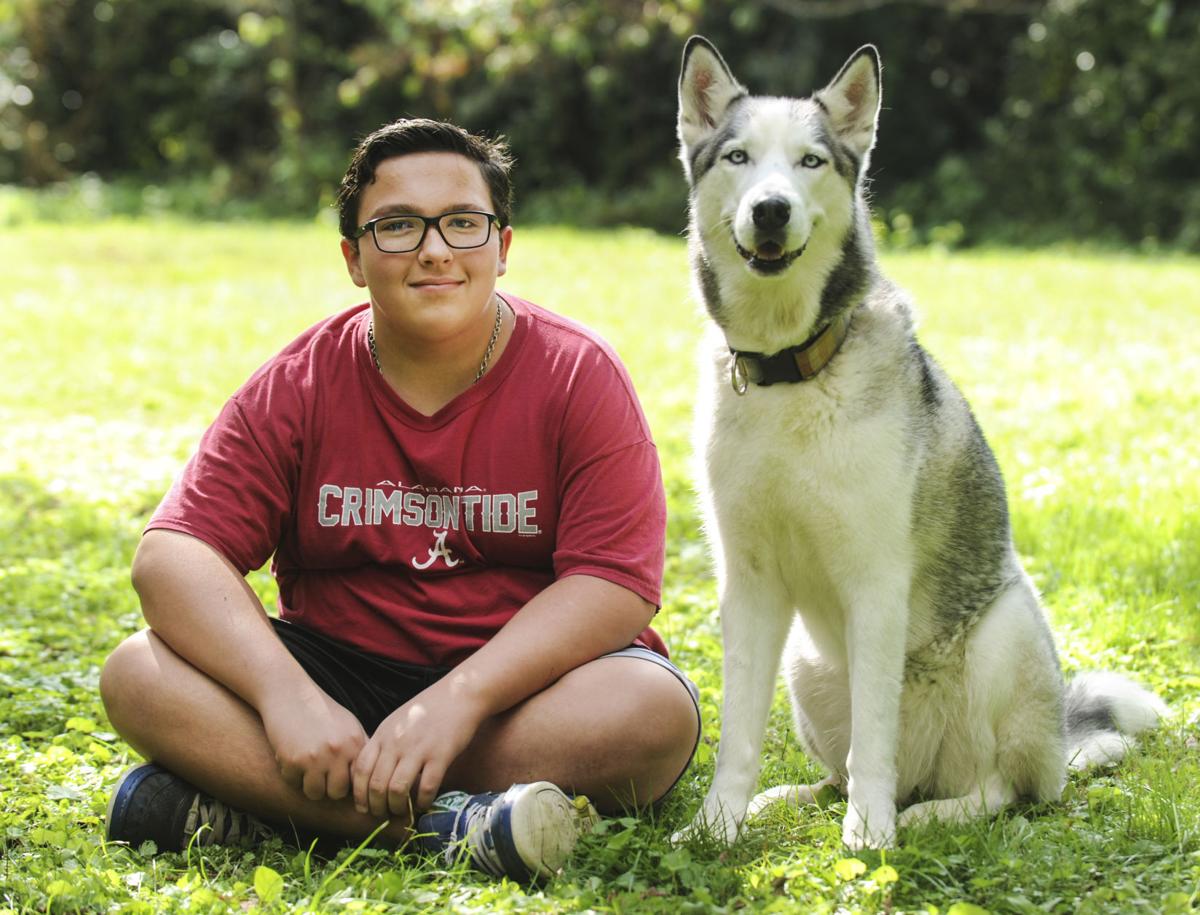 Guess which pet rules the house?

“Oreo tries to be big kitty in charge with Merlin, and Merlin will back down," said Decia Brown, Jacob's mom. “You can tell when Oreo has kind of gone after Merlin some, because he will be under our bed. He’ll hide from the cat.”

Both pets came into the Brown household after being rescued.

Jacob's cousin, Alex Boy, adopted the full-grown Merlin from a shelter but couldn't keep him after moving to an apartment in Atlanta.

“We made sure that he understood, you have to walk him a couple times a day, you had to feed him, you had to clean up after him. ... There were daily responsibilities that came with having a dog,” Decia said.

She said her son has done a good job taking care of Merlin and fulfilling the responsibilities that come with him.

Occasionally, Boy will come back to visit his cousins and to see Merlin.

“It’s interesting when he comes for visits," Decia said. "It’s like Merlin knows he’s here to visit, and not owner to take him anymore. He truly sees Jacob as his owner.”

Decia found Oreo with his siblings when they were 3-week-old stray kittens. Mary Beth had always loved cats, and her birthday was coming up when she was in the fifth grade.

“I was in P.E. and my teacher told me to close my eyes and hold out my hands. And then I opened my eyes, and he was just a little baby. He was so cute and fluffy,” Mary Beth said.

Decia said, due to Oreo being so young and underweight, the veterinarian told them to add extra moisture to cat food and feed him a little bit several times a day. Decia knew Oreo was at risk of not making it, but three years later, he is a healthy, happy, full-grown cat.

Jacob said he walks Merlin a couple of blocks, four to five times a day. “He wants to go on walks more than any other dog I’ve seen,” Jacob said.

They have a fenced-in backyard, but Merlin does not want to be contained, said Decia. His first choice when going outside is to head to the front door for a walk.

Oreo loves to chase Mary Beth around the house, while she runs in one room and out another and down hallways. Oreo never loses interest and could chase her all day. Unfortunately, after a while, Mary Beth gets tired.

Oreo loves human food, especially chicken, and will often try to sneak food from the dinner table, from bags with newly bought groceries or when Decia is in the middle of cooking, Mary Beth said.

When it is family dinner time, Mary Beth said, Oreo will climb up onto one of the dinner table chairs and sit patiently as if ready to eat a meal with the family. Decia said he is very stealthy about stealing food off their plates.

Merlin, on the other hand, does not eat human food, but loves bacon-flavored treats. Although, every once and a while Jacob said his dad, Grant Brown, will bring Merlin home a steak bone from where he has eaten out. It is always a special treat for Merlin.

Jacob and Mary Beth both agreed that Merlin and Oreo are not just a dog and a cat, but rather parts of the family. And while Jacob said he is more of a dog person, Mary Beth said she likes both dogs and cats equally.

At bedtime, all Mary Beth has to say is, “Come on Oreo, it’s time to go to bed!” No matter where Oreo is, he will come running and follow her to her bed, where he sleeps curled up on the edge, according to Decia.

Merlin has beds all over the house that he sleeps in and sometimes he sleeps on the couch.

Mary Beth found a playmate in her once-frail kitten. “I always like playing with him.”

Jacob sums up his ownership perfectly: “I’m just glad that I have him.”

What impact on students stemming from rising COVID cases in schools concerns you most?