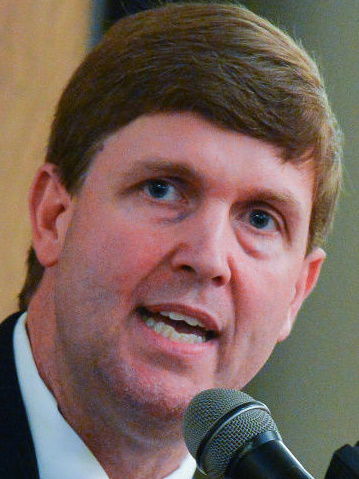 Hartselle City and Athens City schools scored above state and national averages on the ACT test students took in the spring, but scores at Decatur City, Lawrence, Limestone and Morgan lagged behind.

“ACT scores have always been a big deal for our school system and students,” said Hartselle Superintendent Dee Dee Jones, who pointed out that ACT scores earned last year’s graduates about $4 million in scholarship money.

Decatur at 17.4 had the lowest composite score among public school systems in the Decatur area, and only about 13% of the current seniors at Austin and Decatur tested as ready for college-level work, something Superintendent Michael Douglas said is unacceptable.

“Both schools have a long way to go, but we’ll get there,” he said.

For students planning to attend college, Douglas said the ACT score is important because this is where the scholarship money is.

He said DCS spent a significant amount of time last year addressing academic needs at the elementary and middle schools and embedded ACT components in the curriculum.

While specific numbers were not available, some Decatur students who had not passed the ACCESS (Assessing Comprehension and Communication in English State-to-State) test, were required by the state to take the ACT because they had been in the system at least a year or were a junior.

ACCESS is a proficiency test designed to measure English Language Learner students' social academic proficiency and to monitor their progress in mastering the English language.

Douglas said he’s not making excuses about the district’s numbers, but Decatur had students taking the ACT who couldn’t speak English.

“Those numbers are growing, but we have to get better,” he said about the English Language Learner students.

Former Hartselle High principal Jeff Hyche, who is currently the system’s career tech instructional planner, fostered the school’s "ACT culture" a decade ago when he announced that every student would be expected to take the practice ACT exam regardless of whether they were going to college or not.

He also placed honor boards in the school that recognized students who made 30 or higher on any part of the ACT.

Jones said this created a friendly competition that continues among students. She said students in Hartselle have access to ACT-level academic work as early as seventh grade and that ACT components are embedded “in everything we do as a district.”

Earlier this month, Jones said 38 Hartselle students scored at least 30 on the ACT.

“Some of these are new names that will be added to the ongoing list,” she said.

Athens has some of the same philosophies, according to Gia Russell, principal for ninth and 10th grade students and career tech director.

Beginning in ninth grade, students have access to ACT prep classes and they also take the ACT practice exam, which identifies their strengths and weaknesses.

“Once we realize where they are, teachers incorporate questions to help move them forward,” Russell said. “ACT components are embedded in everyday class work.”

The following data is included in the ACT College Readiness Letter the state provided to each school system this month. Every junior was required to take the ACT test in the spring.