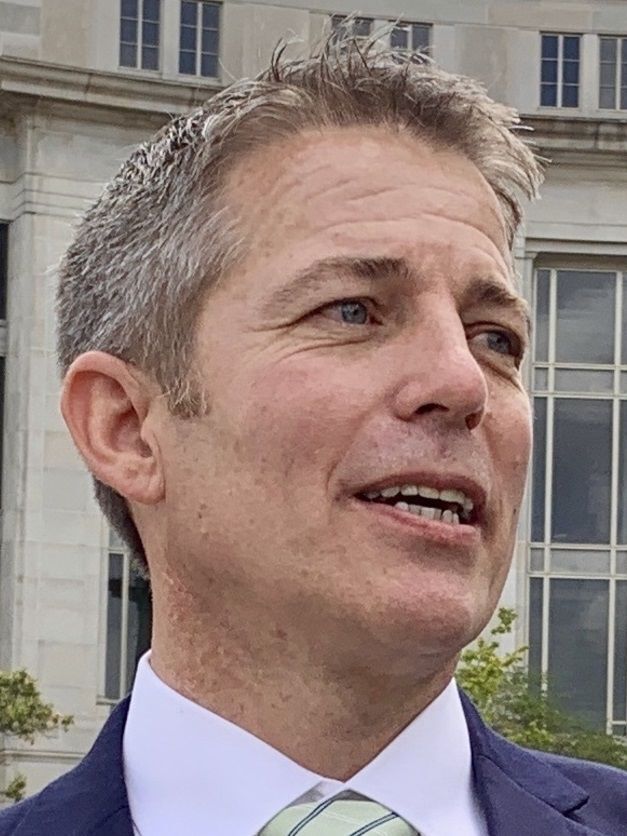 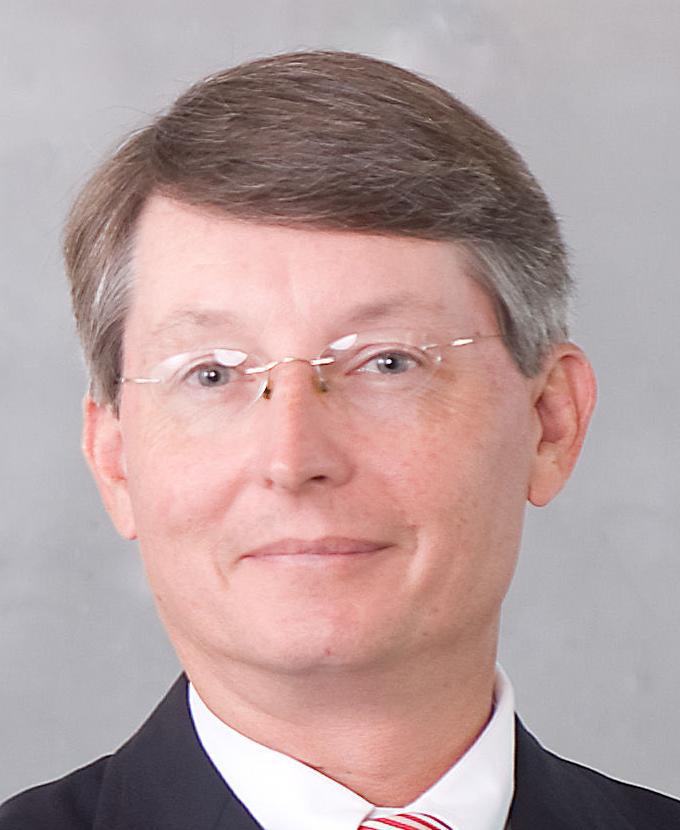 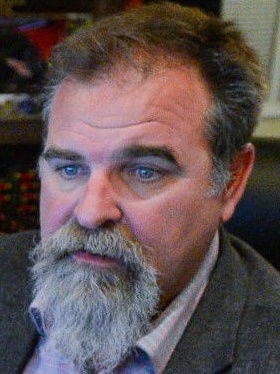 At 9 p.m. Tuesday, in the waning hours of Donald Trump’s presidency, Ed Henry — a former lawmaker from Hartselle and state campaign co-chair for Trump during the 2016 election — had his hopes of securing a pardon dashed, but the night was not over.

He eventually would learn he received the last of 70 commutations and 73 pardons issued by Trump.

“At 9, I got a text from Mo (U.S. Rep. Mo Brooks, R-Huntsville) saying, ‘I’m sorry, your name was not on the list. I just spoke to the president. He is going to try to find out why and see what he can do, but he believes it’s too late,’” Henry said Wednesday.

Henry in January 2019 pleaded guilty to the federal felony of aiding and abetting the theft of government property — which carried a maximum sentence of 10 years in prison — and was sentenced to two years of probation. The allegations in the 14-count indictment against Henry in May 2018 focused on the alleged routine waiver of co-pays for chronic care management services provided to doctors’ Medicare patients through Henry’s business, and alleged Henry benefited from a kickback scheme.

The indictment was filed by U.S. Attorney for the Middle District of Alabama Louis Franklin Sr., a Trump appointee. When Henry pleaded guilty, Franklin issued a statement noting that the conviction arose out of a scheme to defraud Medicare: "Henry and his co-defendants treated seriously ill patients as vehicles for getting money from the government." The probe into Henry began when investigators discovered his business connections to a Montgomery doctor ultimately convicted of running a pill mill.

While Henry had "doggedly pursued" a pardon, as his lawyer said Wednesday, the former state representative said he accepted the futility of the quest after receiving the 9 p.m. text from Brooks.

“So at that point I had a peace. I really did. I told Mo, ‘Look, this doesn’t define me. It does not control the rest of my life. I would have loved to have (a pardon) to feel vindicated, but thank you for the effort that you put into this.’”

After months of hoping for the pardon, it was over. Henry's wife went to bed. He turned on a TV show.

And then the phone rang.

Then the waiting began. At about midnight, Henry learned he had been pardoned.

“I tell you, it's a miracle," Henry said. "It gives me some vindication. The president saw the political origin of this case. He looked at who I was and what I had done and who I had been prior to it and afterward, and made the decision to do one more pardon.”

The vindication was not just symbolic, said Max Pulliam, the lawyer who represented Henry in the Medicare fraud case.

Because Henry’s felony involved a health care offense, Pulliam said, the U.S. Department of Health and Human Services barred him from working in the health care field for at least five years.

“We appealed the restriction imposed by HHS and lost,” Pulliam said. “He was without the ability to work within the industry that he knew well and that he used to provide for his family. And he lost his civil rights: the right to vote, the right to bear a firearm, the right to hold public office. Now I’m tasked with getting those civil rights restored.”

Henry said the path to his pardon began with Tom Fredricks, a Priceville businessman and member of the Morgan County Republican Executive Committee who has been an ardent supporter of both Trump and Brooks.

Henry tracks the initial steps to August, when he said he received a call from Brooks’ office saying Fredricks had asked the congressman to pursue a pardon. Fredricks said it started earlier with then-candidate and now senator Tommy Tuberville.

“Tuberville met at my lake house on the Fourth of July. He was down there at a campaign stop. Me and Ed and Tommy sat in the guesthouse for about an hour and talked it all out, and Tommy said he would help,” Fredricks recalls.

Henry said he was uncomfortable with the idea of asking anyone for help.

“This whole thing goes back to sometime in August. I was actually on a mission trip with our church … and I got a call from Mo Brooks’ chief of staff and he said, ‘Tom Fredricks has just asked us to work on your pardon, and we need to know a little about it.’

“Tom on my behalf asked Mo to get involved, and Mo did. Mo Brooks saw the error of what had happened to me and was willing to go to bat. He fought for me all the way up until midnight (Tuesday) in that I was the very last pardon that Donald Trump gave as he was leaving office.”

While Henry, Pulliam and Fredricks give primary credit for the pardon to Brooks, the White House statement announcing the pardon did not mention him. “This pardon is supported by Senator Tommy Tuberville,” according to the statement, which indeed included Henry as the last pardon on the list.

Within three hours of the inauguration of President Joe Biden, the list had been removed from the whitehouse.gov website.

Fredricks said he got involved in the effort to secure a pardon for Henry because he believed the U.S Attorney’s Office overstepped its authority in pursuing Henry, who in 2015 backed a challenge to then-House Speaker Mike Hubbard and in 2017 led an impeachment push against then-Gov. Robert Bentley.

“I’ve been around and I’ve seen how this went down, and it was pure vindictive action that caused Ed’s problems from the beginning,” Fredricks said. “If Big Brother wants you, you’re done. We can pretend otherwise, but they have infinite resources compared to the rest of us. If they’ve got it in for you, you’re in trouble. That’s where Ed was.”

“When you get indicted on a federal case, and you go to hire an attorney, you have to pay them the entirety of what they calculate your case is going to cost upfront," Henry said. "The first attorney I wanted to hire, out of Nashville, was a health care expert. It was going to be $500,000. I made $60,000 a year.

“I cried. I broke down on the side of the road and cried that day, just because I realized the enormity of what the federal government could do to you. You can’t fight them. You tell me the justice system is fair. You can’t do it. You cannot fight it. You cannot resist it, and once they determine that they want to destroy you, the best you can do is try to survive.”

He said his experiences have given him a passion for justice reform. In addition to being a convicted then pardoned felon, he has a pending lawsuit against the state Attorney General’s Office challenging the secrecy required of grand jury witnesses. He was such a witness during a grand jury probe of Hubbard, now in prison. Henry on Wednesday claimed that prosecutors "used the grand jury to extract political information from individuals, and then gave that information to their political opponents, and everybody knows it but nobody does anything about it."

Henry said that, freed of his felony record, he plans to be an advocate for changing the justice system.

“God has given me a voice, and I intend to use it to the best of my ability — as I always have — but now I’m very focused on judicial reform,” he said.

Henry was elected as a state representative in 2010, served two terms, and did not seek reelection in 2018. He said he does not plan to reenter politics to further his efforts at justice reform.

“I was getting out of politics when all this happened, because it’s such a burden and a wear on my family,” he said. “I would rather just be a champion to get other elected officials to actually wake up and pay attention, to be their standard-bearer helping them push reform through. I would much rather help elected officials do their job than be the elected official.”

Professionally, he said he plans to continue in his ownership of the waste removal company but, if HHS ends his suspension, he hopes to return to the health care field.

“I have a lifetime of knowledge in health care on how to make health care in small, rural communities, and we’ve got our rural hospitals dying,” he said. “I’m looking forward to getting back to what I know.”

I am very happy for Ed. If anyone had followed the confusing indictment and trial of Ed Henry, they would have seen it was all political. You have to read more than headlines to know a story, especially in this day and time. May God bless you, Ed and your beautiful family. I would not wish the treatment you received from our government on my worst enemy. It was a shameful act on part of Republicans in Montgomery.

How was it political?Think it was trump appointed u s attorney that charged him.He is a admitted felon..

A felon is a felon.Even with a pardon..

An admitted felon gets a pardon. How disgusting.