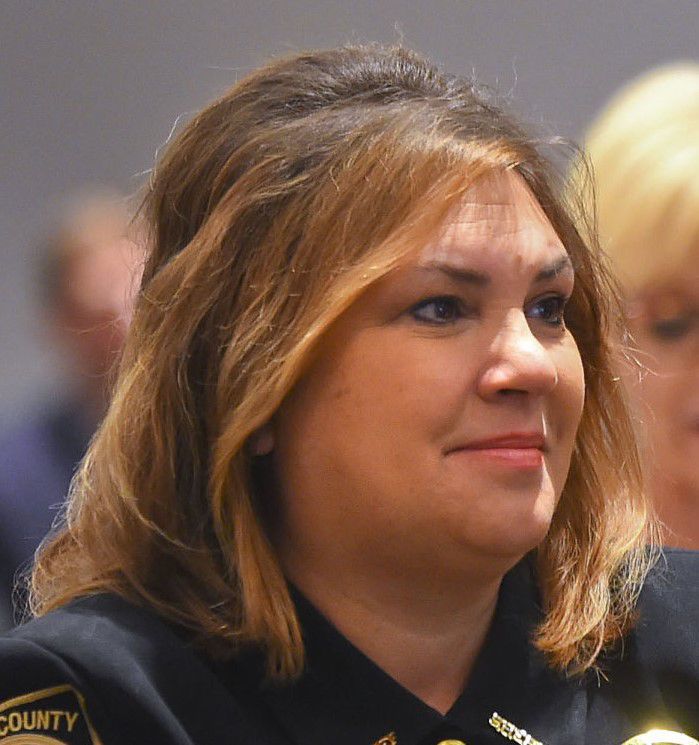 The last time a state legislator tried to amend a decades-old state law that allows most sheriffs in the state to keep money left over from feeding jail inmates, it didn’t turn out well.

“I tried to change it,” Rep. Allen Treadaway, R-Morris, said last week. “I just got run over.”

The state’s sheriffs “flooded” committee meeting rooms when his bill was being considered, he said.

Morgan County Sheriff Ana Franklin denied The Decatur Daily’s request for copies of the jail’s food account. She and her attorney, Barney Lovelace, have said the food account is Franklin’s private account.

The Southern Center for Human Rights, which was assigned by a federal judge to monitor the Morgan County Jail’s conditions and jail food account, said in a recent court filing that Franklin declined to provide detailed information about $160,000 that the center said she withdrew from the account in 2015.

Dennis Bailey, an attorney for the Alabama Press Association, said the state law allowing sheriffs to keep excess jail food money is “silent” about whether the account’s records are public records. The state’s Open Records Act does not include an exemption for jail food money, he said.

“Therefore, in my opinion the sheriff's records concerning the receipt and expenditures of funds paid for the feeding of inmates are open records under Alabama (law),” Bailey said.

Although Franklin and Lovelace claim the jail food account is Franklin’s private account, the Alabama Department of Public Accounts included the account in its last audit of the Sheriff’s Office.

Treadaway, who is a Birmingham police captain over the department’s East Precinct, said the inmate food account in the state’s counties should “absolutely” be an open record.

Treadaway said he was shocked when he learned the state’s sheriffs could keep unspent money intended to feed jail inmates.

“At the end of the day, the sheriff’s job is to fight crime,” Treadaway said. “This is an incentive to sit in the office trying to figure out how to be benefited by tax dollars.”

A 2011 article in the Stanford Law and Policy Review by attorneys Sarah Geraghty and Melanie Velez of the Southern Center for Human Rights said Alabama’s law allowing sheriff’s to keep inmate food money “offers a perverse incentive” for sheriffs to skim money for themselves.

“Demanding that public officials account for how they spend taxpayer dollars is one of the most fundamental ways that the public can monitor government operations,” they wrote. “In Alabama, we discovered a bold effort to hide information about how sheriffs convert taxpayer money for their personal gain.”

Treadaway said he introduced his bill in reaction to former Morgan County Sheriff Greg Bartlett’s 2009 testimony in federal court that he had personally kept about $212,000 of unspent inmate food money over three years.

“My understanding is this is the only place in America where an elected official can actually pocket tax dollars that are left over,” Treadaway said.

The county commission in any county can assume responsibility for feeding jail inmates simply by adopting a resolution by a majority vote. Treadaway said that in 2009 the county commission was in charge of feeding inmates in 11 of the state’s 67 counties.

Morgan County Commission Chairman Ray Long has said the county has no interest in taking responsibility for feeding inmates.

Treadaway, who said many of the state’s sheriffs are not paid adequately, said changing the existing law would require support from the Alabama Sheriff’s Association and the Association of County Commissions of Alabama.

One part of a comprehensive overhaul of the existing law could include establishing a pay scale for sheriffs based on the county population.

Limestone County Sheriff Mike Blakely gave up pocketing unspent food money in 2010 when the Legislature passed a local law tying his salary to the highest paid circuit court judge in the county. Money in the food account when he leaves office will be there for the next sheriff, he said recently.

The Southern Center for Human Rights recently filed a motion in federal court for Franklin to show why she should not be held in contempt for not complying with a 2009 amended court decree that requires all money received by the Morgan County sheriff to feed inmates be used exclusively for that purpose.

The center, as well as the now-retired judge who signed the decree, claim the order prevents Franklin from relying on the state law that allows other sheriffs to keep unspent inmate food money.

A federal court hearing about Morgan County Sheriff Ana Franklin’s use of $160,000 from the jail inmate food account has been postponed, but t…

A federal court hearing about Morgan County Sheriff Ana Franklin’s use of $160,000 from the jail inmate food account has been postponed, but t…