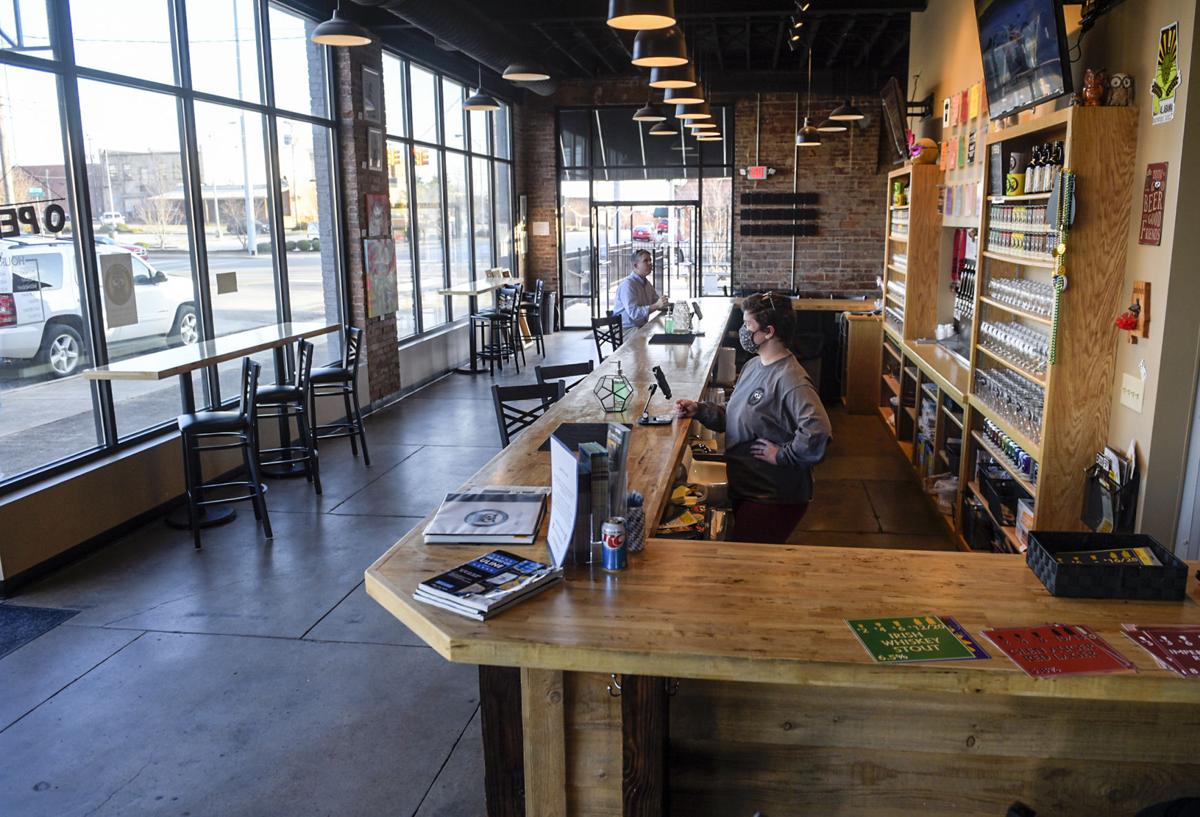 Cross-Eyed Owl Brewery is open for business after an investor helped it survive a pandemic-related loss of customers. [JERONIMO NISA/DECATUR DAILY] 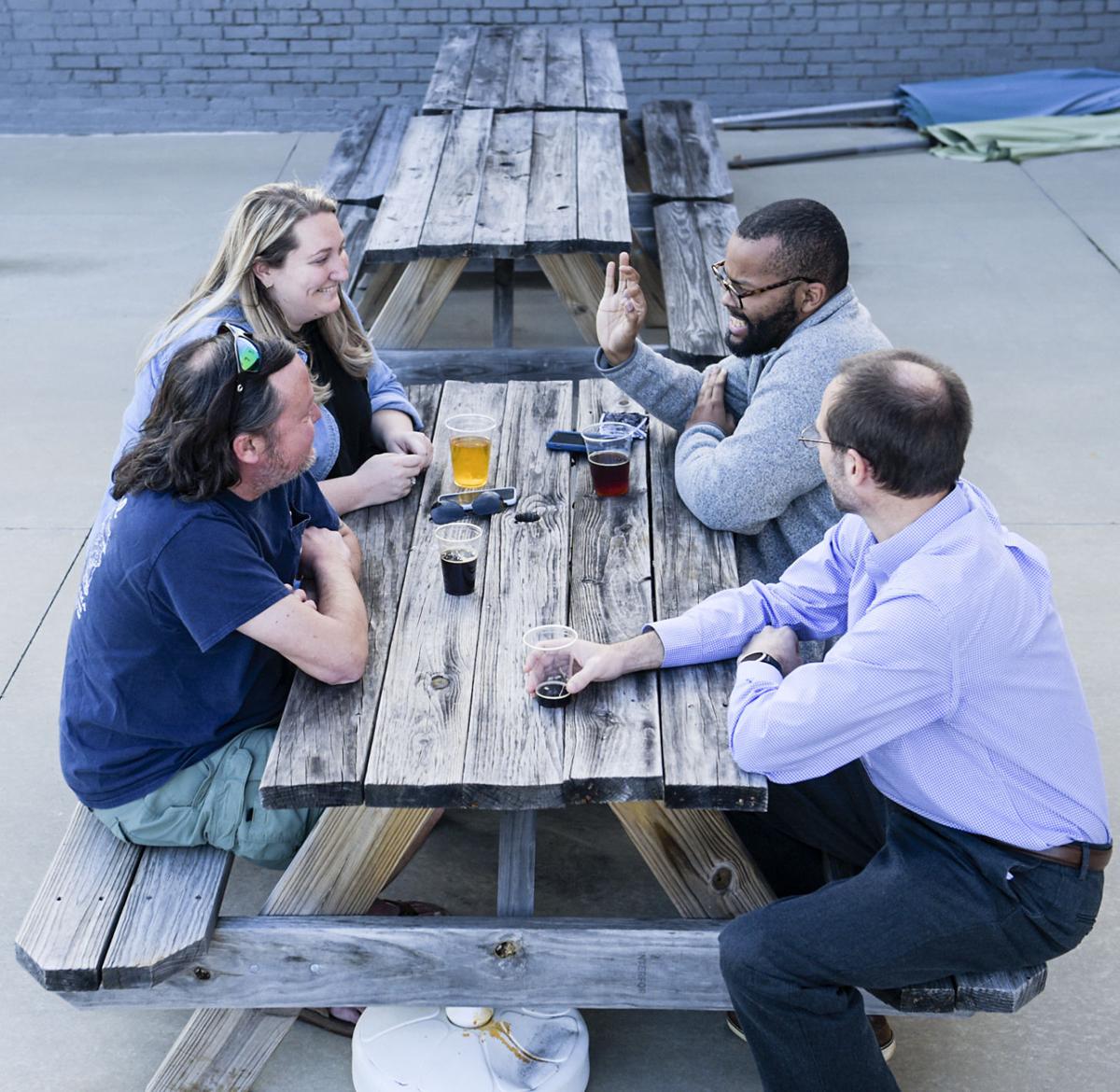 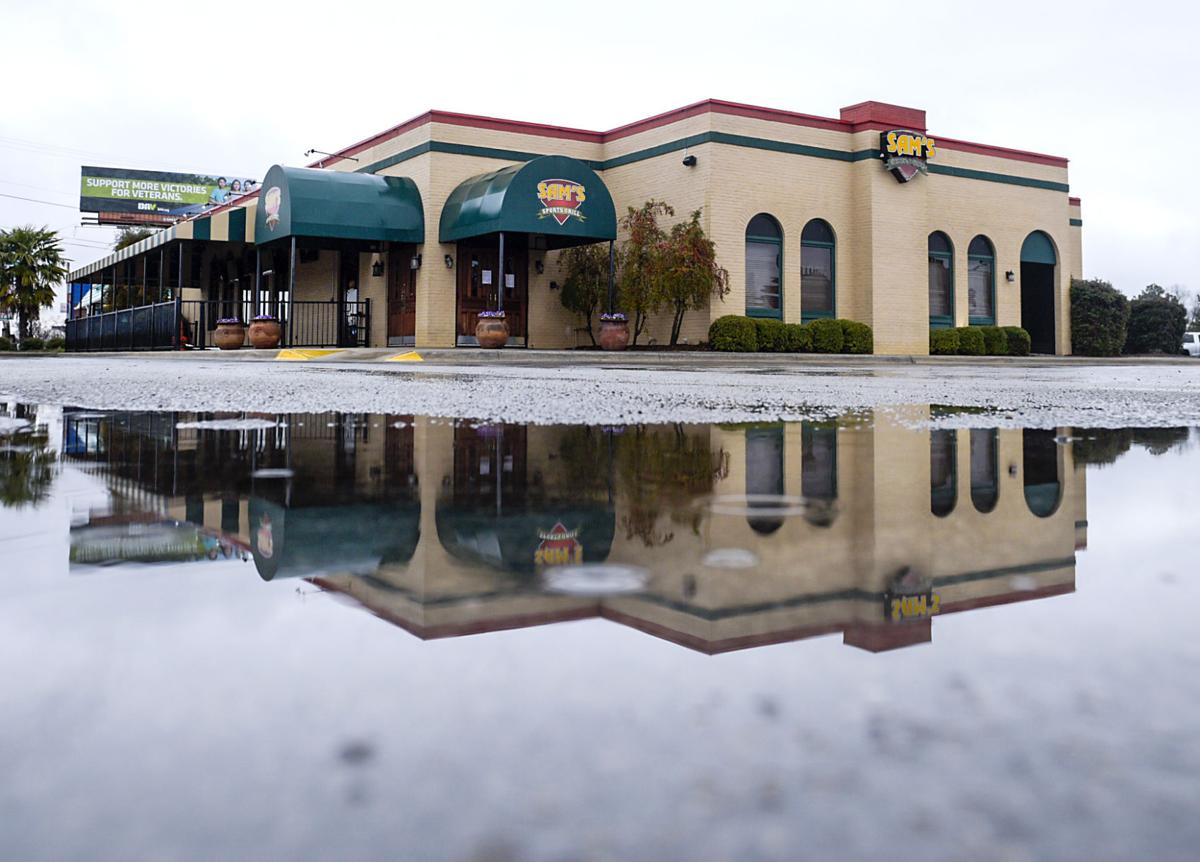 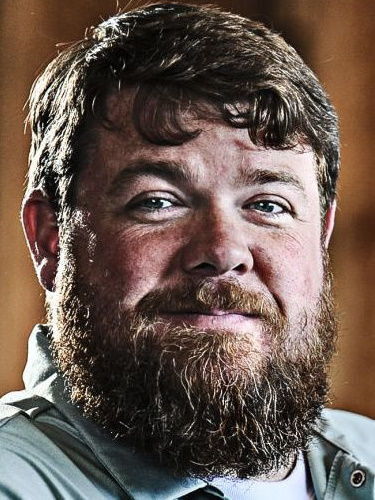 Cross-Eyed Owl Brewery is open for business after an investor helped it survive a pandemic-related loss of customers. [JERONIMO NISA/DECATUR DAILY]

With money almost tapped out, a stressed Trey Atwood and his wife, Erin, knew their Cross-eyed Owl Brewery was to be another victim of the coronavirus pandemic.

Business in the tap room was down 50%. Distribution from suppliers was hit hard after the virus moved into the area in March.

“We ran out of money,” Atwood said. “We had gone through all the stimulus money. We had put up our house as collateral. There was no way we were going to survive.”

Atwood made the announcement Oct. 20: Cross-eyed Owl would close for good Oct. 31.

But then a savior in the form of an investor stepped forward, and Decatur’s first and only microbrewery remains alive three months later.

“It was such a relief. I got lucky and won the lottery,” Atwood said. “I’m surprised we haven’t seen more businesses go under.”

Local businesses are surviving for the most part, with the exception of some that have already closed.

James Payne, Calhoun Community College dean of business and computer information systems, said it's hard to know if a closure is related to the pandemic and the emergency orders, which require social distancing and impose seating limits, or if it’s a closure for mismanagement, failure to attract business or problems with getting needed supplies.

“You’re always going to lose some in the restaurant and retail business by rule,” Payne said. “All eyes are on the economy but not all closures are as they seem.”

“Exercise businesses were among the hardest hit,” Tyler Jones said.

Other businesses that announced their closings in Decatur were Social Grace’s and Gyro Uno. Strayer University closed its Decatur offices.

Sal Jasso, of the city of Decatur’s Revenue Department, said he didn’t see a lot of closures in 2020. He’s still collecting business license fees, which are based on how much a business made in the last year.

“We won’t know how many have closed until they notify us,” Jasso said.

Payne said the area is seeing the restaurant business pick up as people become more comfortable going out, especially as more get their COVID-19 vaccine shots.

Christy Wheat, who co-owns Simp McGhee’s and Josie’s with her husband John Wheat, said they’re seeing an increase in business lately but that business travelers disappeared in March.

“We’ve been saved by our local customers,” she said.

Craig Johnston, executive director of the Lawrence County Chamber of Commerce, said his business, The Willow Tree in Moulton, closed its doors May 30 because of the economic slowdown brought on by COVID-19.

The Willow Tree was an artisan market that also sold antiques and collectibles.

“COVID-19 definitely impacted sales for me,” said Johnston. “If the pandemic hadn’t hit, without a doubt I believe I would still be in business.”

He said his business was displaced after the April 22, 2018, fire on the Moulton Square. “My new location was not as good, but COVID certainly didn’t help things.”

Athens has lost Shoney’s, Ruby Tuesday’s and Hardee’s on U.S. 72, but Mayor Ronnie Marks said he didn’t know if COVID-19 was the major factor in the closures. Also closed is the Pizza Hut on U.S. 31.

“I don’t know of any downtown businesses (that closed),” Marks said. “We’re really doing well even though it’s hard. We’ve seen a good uptick in our sales tax revenue.”

In 2020, Athens added Frame Gallery, Nutrition on the Square, Country Financial, Synovus Mortgage and an insurance firm, Stumbaugh Agency LLC. The Epiphany Boutique and Square Clock Coffee moved to a bigger location. They operate together on the Square at the corner of Jefferson and Market streets. A Chipotle is set to open in the former Dairy Queen location on U.S. 72.

“I’m not going to say it’s not hard because of the coronavirus but, just like in (the recession of) 2008, north Alabama hasn’t been hit as hard as other parts of the country,” Brown said.

Brown pointed out that about a half dozen new restaurants opened or are planning to open in Decatur. ALDI is constructing its new grocery store on Beltline Road.

“A lot of these big companies have deep pockets and they see Decatur as a long-term investment,” Payne said.

“Some just chose to retire or they dropped out because they have no prospects right now,” Payne said. “A good chunk of those who dropped out are just temporary.”

Payne said many people are also seeing their hours cut back as businesses limit operating hours to save money.

“I don’t want to say they’re why we could stay open but they definitely helped,” she said.

Payne said he’s not a proponent of government bailouts. However, he said last spring's bailout was necessary “to keep the economy from falling off the cliff.”

“It was important to pump money into the economy to prop up spending and jobs,” Payne said.

While the local economy is improving, Marks said people should continue to be wary of the virus.