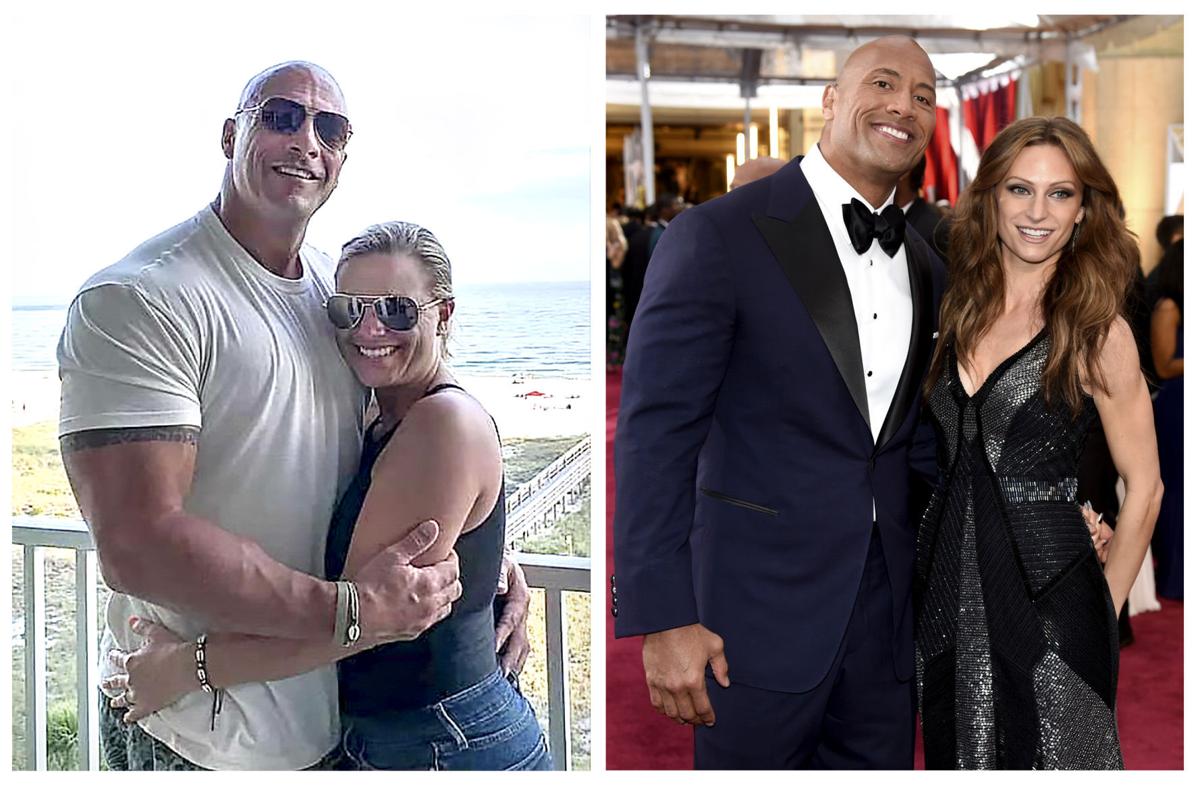 The photo at left shows Morgan County Sheriff's Office Lt. Eric Fields and his wife, Wendy. On the right is a 2015 photo of Dwayne "The Rock" Johnson and Lauren Hashian, who became his wife in 2019. [COURTESY PHOTO OF FIELDS, AND PHOTO OF JOHNSON BY CHRIS PIZZELLO/INVISION/AP] 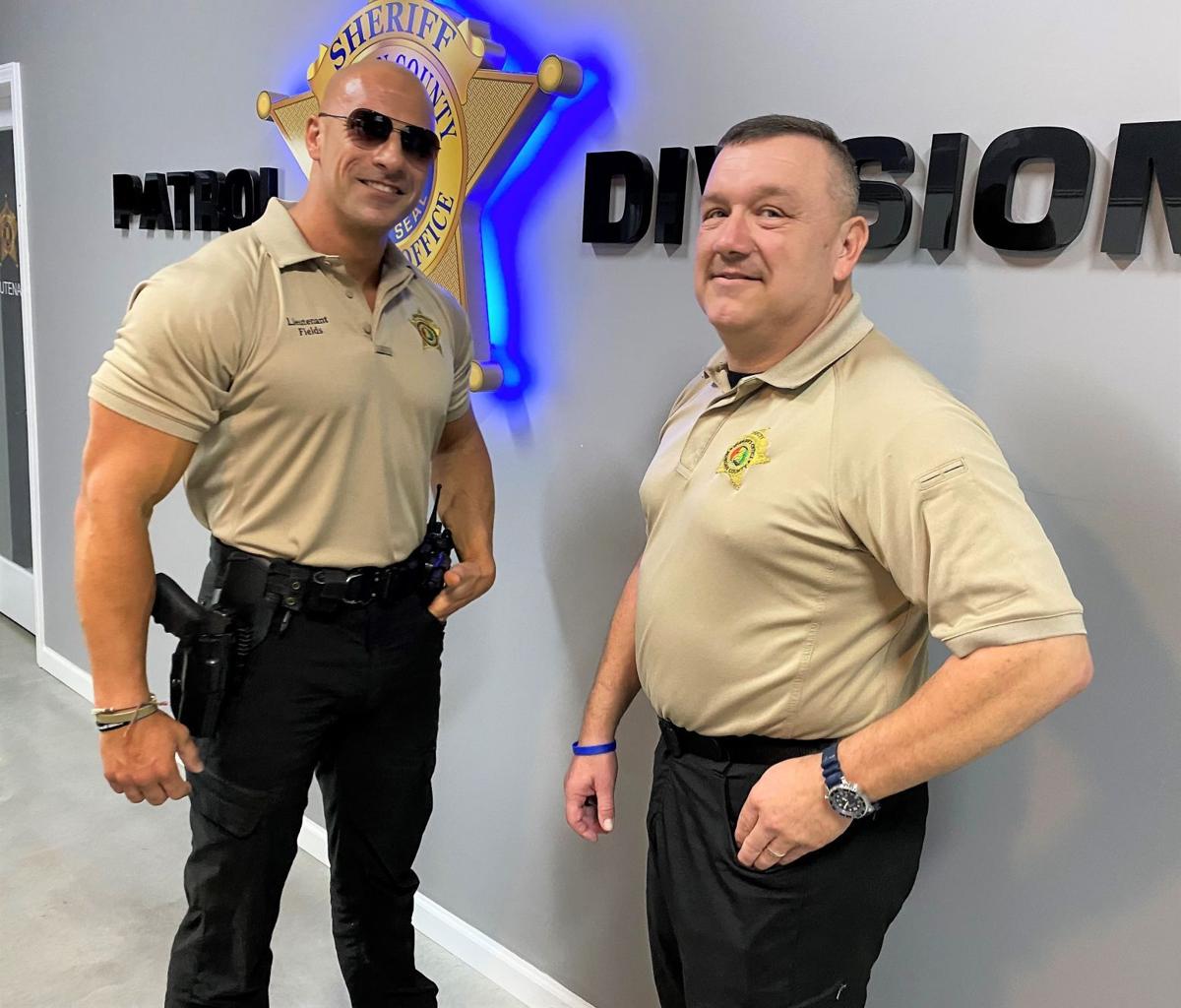 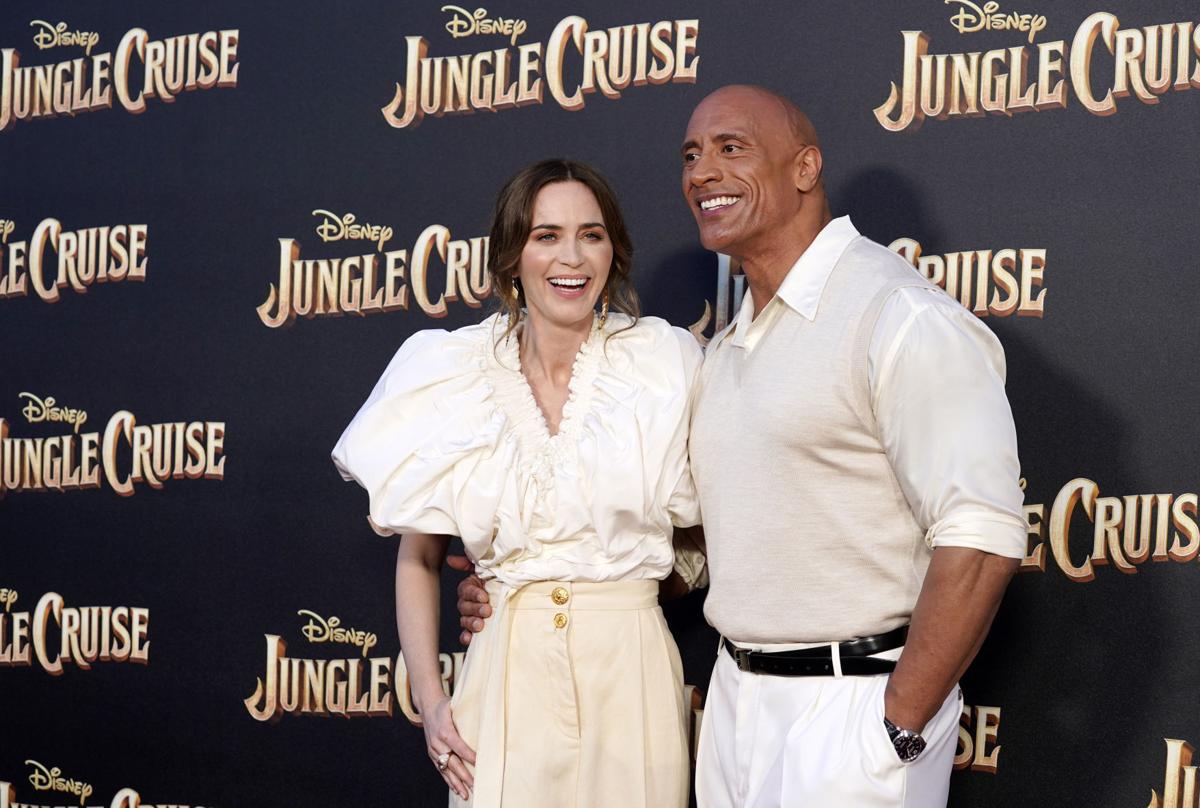 The photo at left shows Morgan County Sheriff's Office Lt. Eric Fields and his wife, Wendy. On the right is a 2015 photo of Dwayne "The Rock" Johnson and Lauren Hashian, who became his wife in 2019. [COURTESY PHOTO OF FIELDS, AND PHOTO OF JOHNSON BY CHRIS PIZZELLO/INVISION/AP]

When Morgan County Sheriff's Office Lt. Eric Fields started hearing comparisons of his resemblance to Dwayne “The Rock” Johnson a few years ago, he brushed it off and didn’t think much about it.

But that all changed when a Decatur woman posted a TikTok video last week about his physical similarities to the movie actor and former pro wrestler. The video went viral and Fields’ phone hasn’t stopped ringing. Since Aug. 25, Fields has appeared on "The Today Show," CNN, Fox News, "Inside Edition" and TMZ.

“I’ve received texts from China, Brazil, New Zealand, London,” said Fields, 37, who has worked with the Sheriff’s Office since 2003. “It’s kind of flattering. I’ve gotten messages from thousands of people and hundreds of places. I’m learning a lot about flags from foreign countries.”

He said when his story made the front page of Google, “that was a big shocker.”

“When I look in the mirror I just see me,” he said. “The similarities are what other people are saying. I’m just trying to be me. But I will play along, and I will go along.”

Swafford said the department is swamped with interview requests from around the world.

“We’re getting requests for interviews with Lt. Fields and he’s showing all of law enforcement in a positive light,” Swafford said Monday. “We’ve given 'The Rock' an open invitation to go on patrol with us. We’ve tweeted to his personal account.”

On Tuesday, Johnson reached out to Fields via Twitter. His post included a photo of Fields in his sheriff's deputy uniform.

“... Wow. Guy on the left is way cooler. Stay safe brother and thank you for your service. One day we’ll drink @Teremana and I need to hear all your 'Rock stories' because I KNOW you got 'em. #ericfields,” the star posted.

Teremana is Johnson’s tequila brand. Johnson, 49, a former wrestling champion sometimes called "The People's Champion," has a string of hit movies, which includes Disney’s recently released "Jungle Cruise," which ranked fourth in box office receipts this past weekend and has broken the $100 million mark in North America during a five-week span.

Fields said when he was a child he wanted to grow up to be a law enforcement officer or Hollywood stuntman.

Now the public thinks he can succeed at both. At lunch on Monday and Tuesday, people were asking Fields to pose for photos with them.

Fields, who is married with two children, said he’s “enjoying my 15 or however long minutes of fame” and is directing the positive energy to helping support a coworker stricken with amyotrophic lateral sclerosis, or ALS.

“I was praying about this thing,” Fields said. “I realize it is a one time in a lifetime thing. I want to make it count and make a difference. It’s flattering to have these comparisons to The Rock but this is a time to help others.”

ALS is a progressive disease of the nervous system that affects nerve cells in the brain, causing loss of muscle control. It is also called Lou Gehrig's disease, after the famous New York Yankees baseball player who was diagnosed with it.

Dillard, 49, was one year from retirement when he was diagnosed with the disease. Dillard’s Warriors, a fundraising account on social media, had already been established to help Dillard, his wife Rebecca and children Austin and Alaina.

It has raised more than $13,000 in all, including $6,000 since Fields has sent media attention to the account, Swafford said.

“The biggest thing is to remain optimistic and push forward,” Dillard said. “I’m very humbled by all of the outpouring of love from coworkers and strangers across the country in this fight against ALS.”

The attention on Fields also is drawing attention across the country to law enforcement, something that hasn’t gone unnoticed by Fields and Sheriff Ron Puckett.

“I like (Johnson’s) positive messages,” said Fields, who lives in Somerville. “Every day during these dark times, he has been positive. I’m now the guy who looks like 'The Rock.' Now people are coming up to me in a positive manner, wanting selfies.

"This isn’t about me. It’s about the laughter and smiles it brings. It’s about ALS and the attention it brings to it. … I’m glad this entire thing is helping us continue to have good relations with the community. It is flattering that I was being compared to someone like 'The Rock.' 'The Rock' is 'The Rock.' He’s huge. This all goes back to the Sheriff’s Office being very transparent with the community. People know us. They know who we are.”

Puckett said with anti-law enforcement sentiment emerging in the country in the past few years, the positivity coming from the look-alike of one of his officers is refreshing.

“It’s been fun to see our team get highlighted through his publicity and that it is benefiting Sgt. Dillard’s battle with ALS,” Puckett said. “We have so many talented individuals that work hard for our community each day. I’m thankful when our community can get to know them like we do.”

Fields said he lifts weights about 90 minutes every morning at home to “maintain” his physique. He is 6-foot-2, 235 pounds, compared to Johnson at 6-5 and 260. Fields credits his wife Wendy for being supportive.

“She is actually enjoying some of this attention,” he said. “She’s shy but very supportive. Truly she is the rock. She makes me who I am and what I do click.”

It was Chandler Sparkman’s TikTok video that helped launch the craze about Fields.

An active poster to TikTok, Sparkman, 22, said she follows the Morgan County Sheriff’s Office social media accounts and saw Fields’ image. “I did a double-take when I saw Fields, so I made the TikTok video in my car in the parking lot before I went to work (on Aug. 22). I didn’t replay the video. I just hit post.”

Sparkman, who works at Decatur Electronics after finishing a college softball career at the College of Charleston last year, said the next day it had 12,000 likes.

“Then it went crazy,” said the Decatur Heritage Christian Academy grad. “In all I have had 1.9 million views and 360,000 likes on TikTok.”

“It started blowing up. When something goes viral, it can change things quickly," she said. "All of my social media platforms have grown exponentially because of this one TikTok video. I want to thank everyone for their support of Dillard’s Warriors and my TikTok videos.”