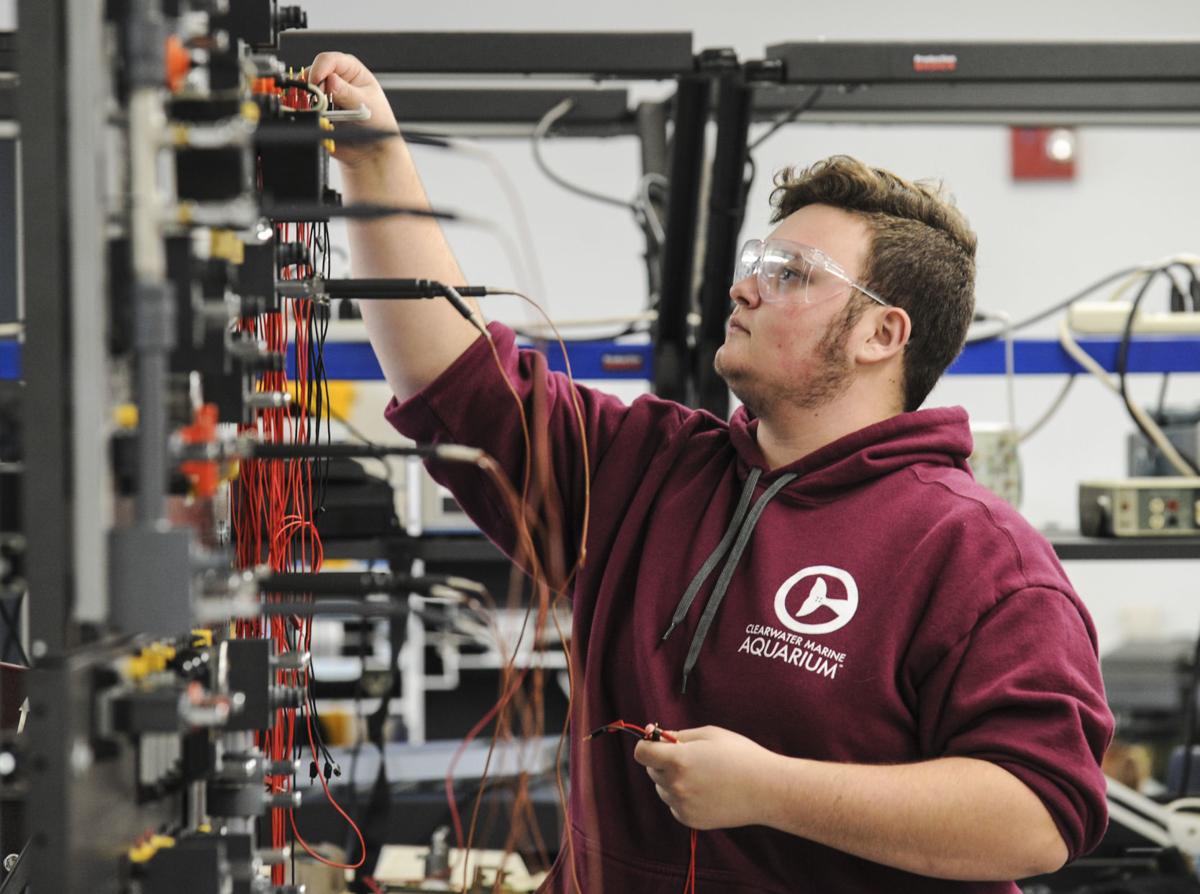 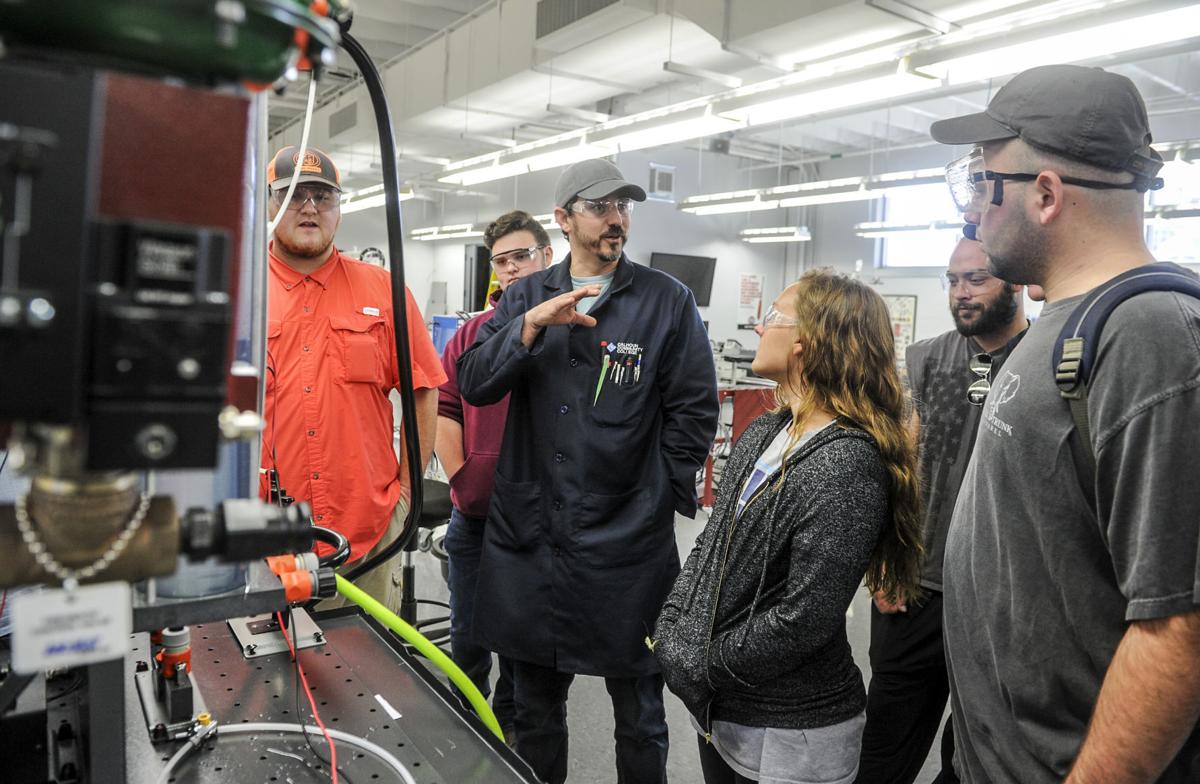 Teacher Shaun Atkins talks to students in the EPIC program at Calhoun Community College. Students completing the program could get jobs with starting pay of $50,000 to $60,000 a year. [JERONIMO NISA/DECATUR DAILY]

Teacher Shaun Atkins talks to students in the EPIC program at Calhoun Community College. Students completing the program could get jobs with starting pay of $50,000 to $60,000 a year. [JERONIMO NISA/DECATUR DAILY]

Former Austin High student Rhett Tucker had to return to plan A after concussions forced him to quit the Bethel University football team.

Tucker, 19, decided to go back to his original plan of getting a technical education at Calhoun Community College and he found out about an EPIC program that could land him a degree and a career.

“With EPIC, everything is 100 percent useful, and that makes it more interesting,” Tucker said. “We’re not taking anything that makes you wonder why are we learning this. It’s not like an English class or history class where you’ll never use that information.”

EPIC, short for Excellence in Process Industrial Controls, is a new Calhoun program in which students attend process technology classes two days a week and work a paid internship at a local industry three days a week.

Tucker, who is working at Toray, said the combination of getting an education and gaining experience in the field of a possible career attracted him to the program. At Toray, he said, he’s learning about the instrument equipment, piping and valve flow, the basics of chemistry and physics and the carbon fiber production process.

Dean of Technologies John Holley said about 30 students are in the first EPIC class that began in August. They are working eight to 12 hours a day at industries like Ascend Performance Materials, Toray Industries, Indorama Corp., Hexcel Corp. and Daikin America.

“The program is focused on the chemical industries because we have so many of them in this area,” Holley said. “The students are learning to be manufacturing plant operators.”

Holley said entrance into the program requires that students are ready for college-level classes and don't need any remedial programs to get prepared.

“They need to be ready to go straight in the program’s classes,” Holley said.

Jacolby Stevenson, 21, is also a former Austin High student who had aspirations of playing college football. A broken ankle made him rethink his plans.

Stevenson is now in the EPIC program and working for Ascend. He said Ascend started him in the field side, where he is learning about opening valves, cleaning filters and the other jobs outside of the control room.

“We work with hand tools and we have to think the process out,” Stevenson said.

Unlike Tucker, Allie Appleton, of Moulton, said she knew she wanted to work in a local plant.

“I wanted to make good money,” Appleton said. “I pass out when I see blood so I couldn’t be a nurse. I didn’t want a typical woman’s job in which you sit behind a desk.”

Appleton, 21, is working at Daikin. She said she shadows an operator who lets her help with trouble-shooting and shows her different scenarios that she needs to know in the job.

She said the classes are a lot more interesting than the regular classes she took at Northwest Shoals Community College until the scholarship money ran out.

“This is a lot more enjoyable,” Appleton said. “I love it here.”

Appleton said she and a fellow student will get to rotate to a different area and learn a new process every semester.

“By the time we graduate, we should know all four processes at Daikin,” Appleton said.

The EPIC program is fashioned after the successful Toyota F.A.M.E. (Federation for Advanced Manufacturing Education) that focuses on training advanced manufacturing technicians.

Holley said the EPIC students will earn an associate's degree in applied science of process technology and possibly a job if they complete the two-year program.