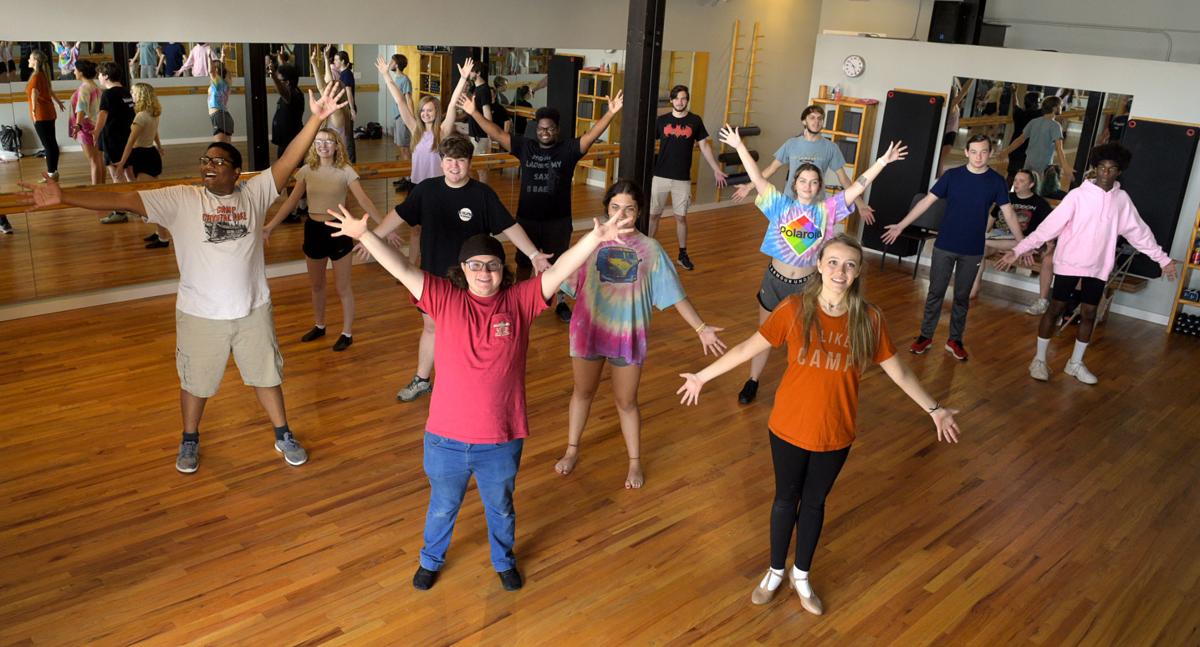 The Alabama Center for the Arts has rented a closed yoga studio’s space for dance programs, including rehearsals for the musical “Something Rotten.” [JOHN GODBEY/DECATUR DAILY] 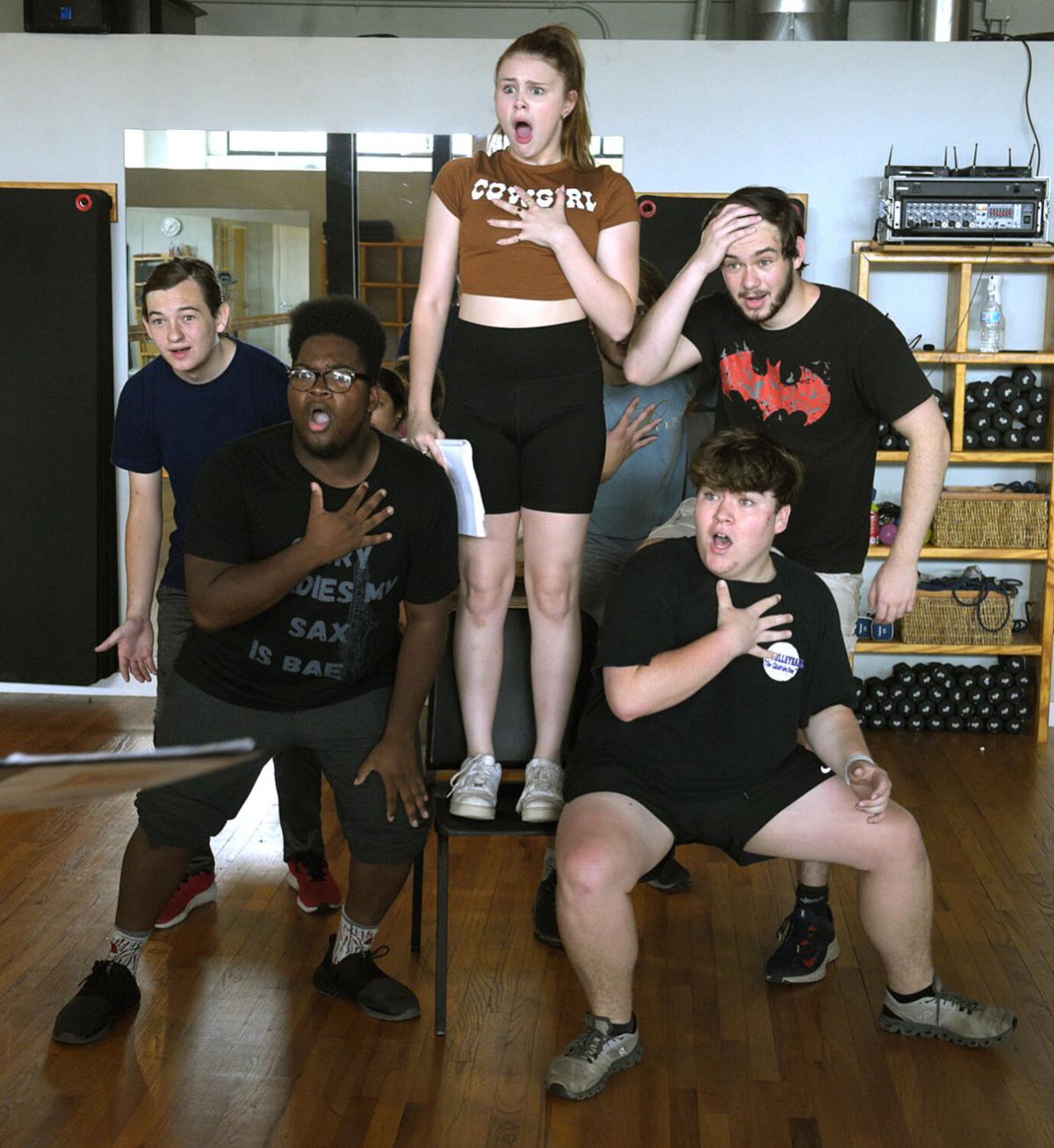 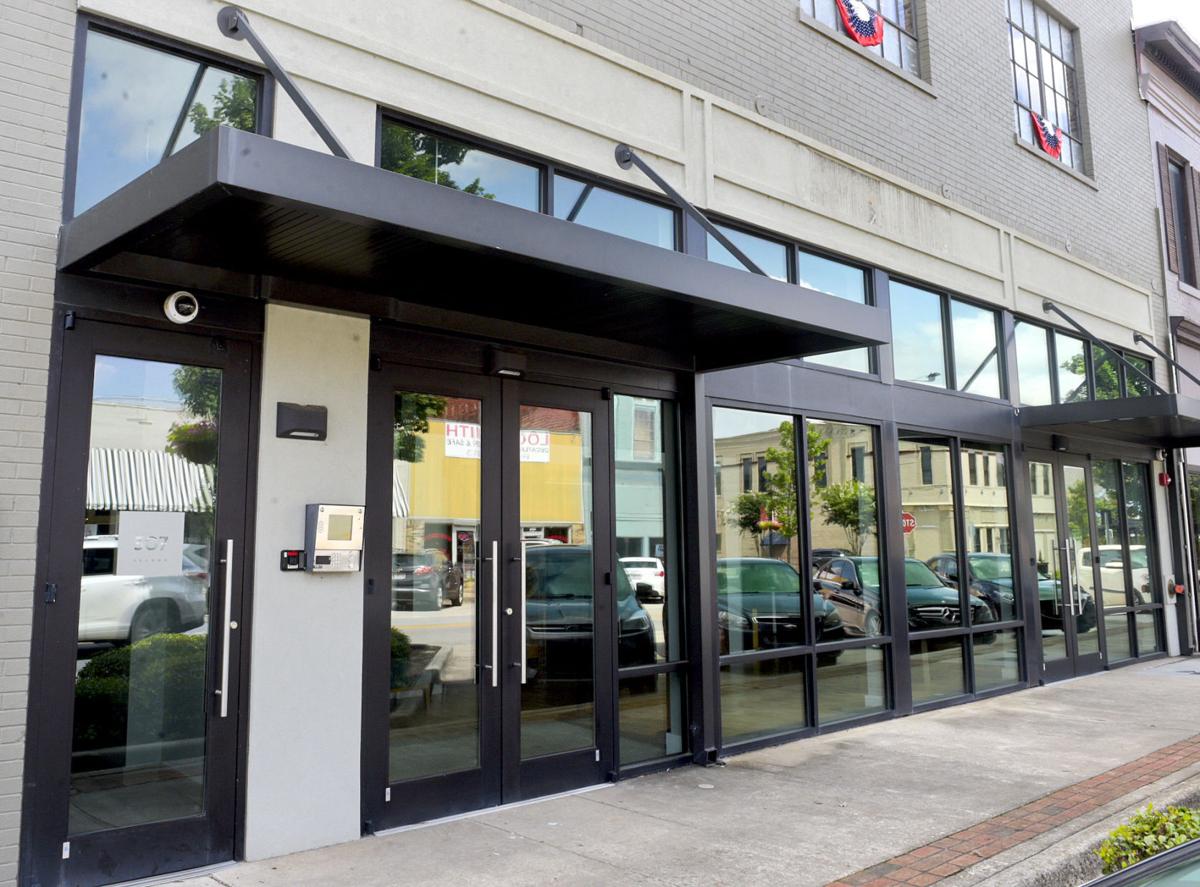 The Alabama Center for the Arts is using a former yoga studio at 307 Second Ave. S.E. to rehearse for its new musical. [JOHN GODBEY/DECATUR DAILY] 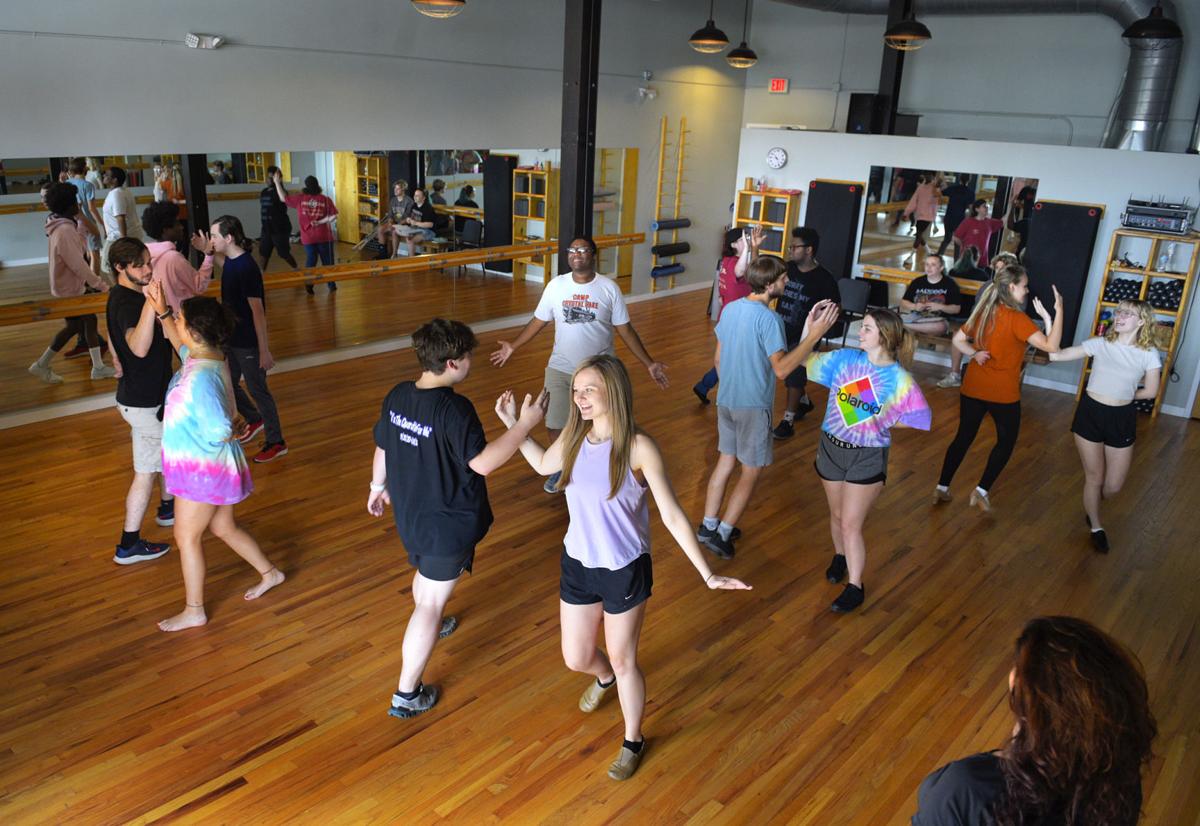 The cast of “Something Rotten” rehearses the musical in space rented by the Alabama Center for the Arts. [JOHN GODBEY/DECATUR DAILY]

The Alabama Center for the Arts has rented a closed yoga studio’s space for dance programs, including rehearsals for the musical “Something Rotten.” [JOHN GODBEY/DECATUR DAILY]

The Alabama Center for the Arts is using a former yoga studio at 307 Second Ave. S.E. to rehearse for its new musical. [JOHN GODBEY/DECATUR DAILY]

The cast of “Something Rotten” rehearses the musical in space rented by the Alabama Center for the Arts. [JOHN GODBEY/DECATUR DAILY]

The "Something Rotten" soundtrack echoed from a former downtown Decatur yoga studio this week as Alabama Center for the Arts students prepared for their upcoming musical.

Although yoga mats and weights still lined the walls of the closed Breathe Yoga Barre at 307 Second Ave. S.E., the former studio was filling a need for the ACA by providing a space suited for a musical's practices.

“We’ve been really lucky to have this space ... and the kids can just walk down here and rehearse for a while,” said Lauren Salerno, theater instructor for Calhoun Community College, a partner in the ACA.

The studio is equipped with wooden floors and mirrored walls, making it ideal for Salerno’s dance rehearsals and future dance classes.

“I think it’s great that we have mirrors down here so we can watch ourselves because if you can’t see your full body when you’re dancing, you can’t correct things,” Brody Cole, Calhoun sophomore, said.

Breathe Yoga Barre, near the corner of Second Avenue and Gordon Drive Southeast, closed shortly after pandemic quarantining began. Philip Mann, executive director of external affairs with the Center for the Arts, lives in an apartment above the former yoga studio and realized the vacant space could benefit the ACA, which also has Athens State as a partner.

The ACA's performing arts building, which is located roughly three blocks north of the former yoga studio, does not have a proper dance studio. Mann said he was hired after the center was constructed and described the lack of a dance studio as a "glaring oversight."

With the help of Sen. Arthur Orr, state funding was secured to allow the ACA to obtain a one-year lease for the former yoga studio from Gateway Commercial Brokerage for about $3,000 per month. Mann said they may extend the lease when the year is up but eventually hope to have a permanent dance studio installed in the ACA performing arts building.

“We are lucky to have people like Philip Mann and Arthur Orr who are excited to push this forward so when they see our needs, they really try to help us meet them,” Salerno said.

Getting ready for show

"Something Rotten" is a parody on Shakespeare that references many familiar musicals like "West Side Story" and "Annie."

“That has been the fun part for me, drawing on choreography from different shows that are mentioned in the production,” Salerno said.

The 24 cast members have been preparing for the show since May, at least two days a week for three hours at a time. This week, they are having a “boot camp” in preparation for opening night next Thursday.

“It’s a great show to put out there, especially since Athens and Calhoun are combined,” Maggie Mahan, Calhoun sophomore, said. “I think it’s really good that it’s happening right now with everything that’s happened in the past year.”

The show will be the first collaborative musical produced by the ACA. The show will feature students from Athens State and Calhoun, as well as some community members.

“I think collaboration is our artform,” Salerno said. “Theater by nature is collaborative and you have to draw on everyone’s strengths in order to make the best product.”

Salerno grew up in Decatur before going to school at Birmingham-Southern for a degree in theater. She later received her master’s in theater with a concentration in acting from Sarah Lawrence College in New York.

After teaching in New York, Salerno spent 12 years at Wallace State Community College before “jumping” on the opportunity to move back home to teach at Calhoun.

“It has always felt like that was home and this is my community, and I’ve always wanted to give back to my community,” Salerno said.

As the new theater instructor for Calhoun, Salerno teaches dance classes, helps with music direction, and dabbles in set design.