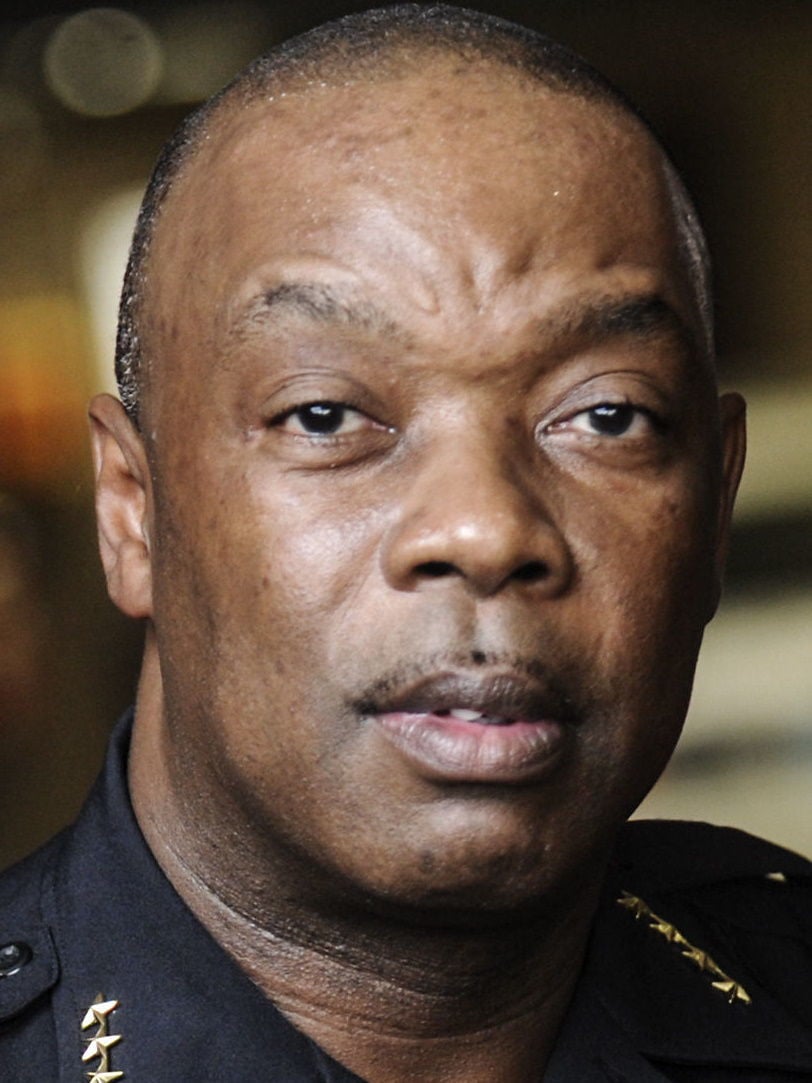 The new laws require all passengers in motor vehicles to wear seat belts, and motorists may not drive more than 1½ miles in the left lane on divided highways and interstates without passing other vehicles or turning left.

“These are good laws. They’re designed to save lives,” said Alabama Senior Trooper Chuck Daniel. “Not only will these save lives, they will help protect the quality of lives of those surviving crashes.”

Rep. Proncey Robertson, R-Mount Hope, said the seat belt law now requiring rear-seat passengers to buckle up may take some time for the public to obey.

“Studies show back-seat seat belts save lives,” said Robertson, who worked in law enforcement for 27 years, including 24 years with the Decatur Police Department, before being elected to the state House of Representatives in 2018. “It will take a transition culturally for everybody to get in the habit of wearing seat belts in the back seat.

"In the 1990s, it took a while for front-seat passengers to remember to buckle up. Now here we are 20-30 years later, the first thing we do when we get in the vehicle is to buckle up. We don’t even think about it now, it just comes naturally.”

He said he sees a day when all automakers will make sensors to signal motorists when passengers in the backseat are unbuckled. He added that wearing seat belts allows the side airbags to work more effectively during accidents.

Allison Green, the Drive Safe Alabama coordinator for the Alabama Department of Transportation, said the new seat belt law was a premier piece of legislation to come out of the last legislative session.

“We encourage everybody to wear seat belts when they are in a vehicle,” she said. “It is the best defense when you are on the road.”

She said the state recorded 950 fatalities related to highway accidents in 2018.

“Passengers in the backseat are three times more likely to die if they are unbelted,” she said.

AAA-Alabama spokesman Clay Ingram had some stark numbers about unbuckled back-seat passengers, which even impact the safety of the driver.

"Driver fatality increases 137% when passengers aren't using seat belts in the back seat compared to those buckled during a crash," he said. "People unbuckled bounce around inside the vehicle.  Some are ejected. A lot of injuries and deaths can be avoided when passengers are buckled in the front or back."

He said Insurance Institute of Highway Safety statistics show unbuckled back seat passengers are eight times more likely to be killed in a crash than those who are using seat belts.

"Many vehicles don't have the safety features for back-seat passengers that they do for those in the front seat," Ingram said. "Seat belts save lives."

Decatur Police Chief Nate Allen said the back-seat belt law will be difficult to enforce but it is considered a secondary violation, meaning citations can be written only if the driver is stopped for a primary violation such as speeding or running a red light. But safety is the main issue, he said.

“I believe everybody in the vehicle should be buckled up at all times,” he said.

According to the National Transportation Safety Board, seat belts in passenger vehicles saved nearly 15,000 lives in 2017.

Green said research suggests the statute outlawing driving long distances in the left lane can cut accidents by as much as 10%.

“Anytime you have traffic moving smoothly it is better for everybody,” Robertson said. “The only reason to be in the left lane is to be passing. Once you pass, simply move back over into the right lane.

"Driving side-by-side with another vehicle even within the speed limit is not acceptable. In essence you’re creating a road block. A simple method to follow is to lead, follow or get out of the way.”

Daniel said left lane drivers are easy to spot, and motorists will be issued warnings for the first 60 days beginning today.

“There are signs on the roads saying to keep right except to pass,” he said. “As soon as you pass the vehicle, move back over. Just keep right.”

Green said driver safety remains a top priority. “Driving in the left lane contributes up to 10% of state highway crashes,” she said. “In 2017, there were about 50,000 crashes with injuries or fatalities on state roadways. If we can cut that number, our roads will be safer and lives will be saved.”

Allen said sometimes a driver remaining in the left lane creates a road rage situation and that leads to accidents — indeed, the Legislature titled the law the Anti-Road Rage Act.

“We will patrol for all violations,” Allen said. “But these two laws give us another tool in our toolbox to stop aggressive driving. When aggressive driving is deterred, roads are safer, lives are saved and you have less collisions. It saves costs associated with property damage.”

The law does include exceptions. Occupying the left lane for more than 1½ miles is acceptable when required by traffic conditions or congestion, and when necessary due to inclement whether, obstructions or hazards.

Court officials say fees for violating the new laws vary by jurisdiction but are about $25 or $30 plus court costs, which could add more than $100 in some municipalities. In Decatur, for example, $195 in court costs are added to most traffic citations.

The new law only affects interstates. It does not cover divided highways. Please get your facts straight!