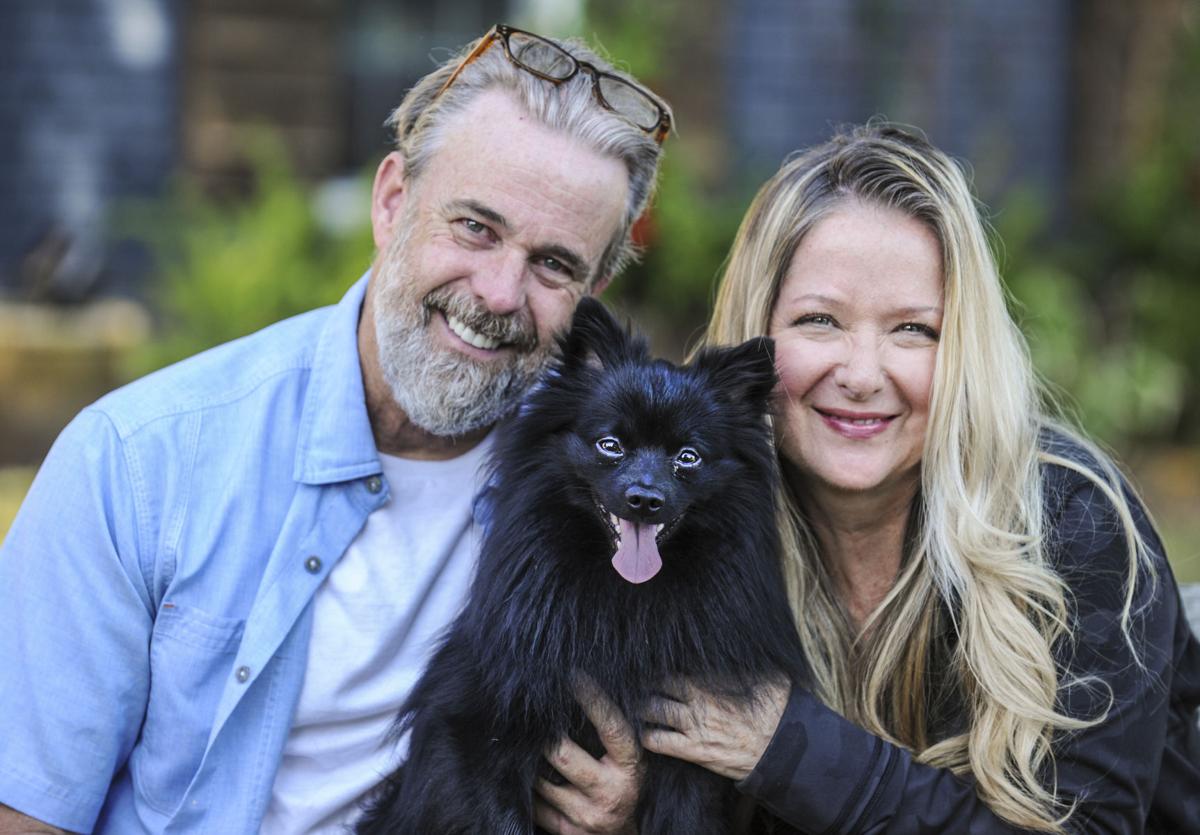 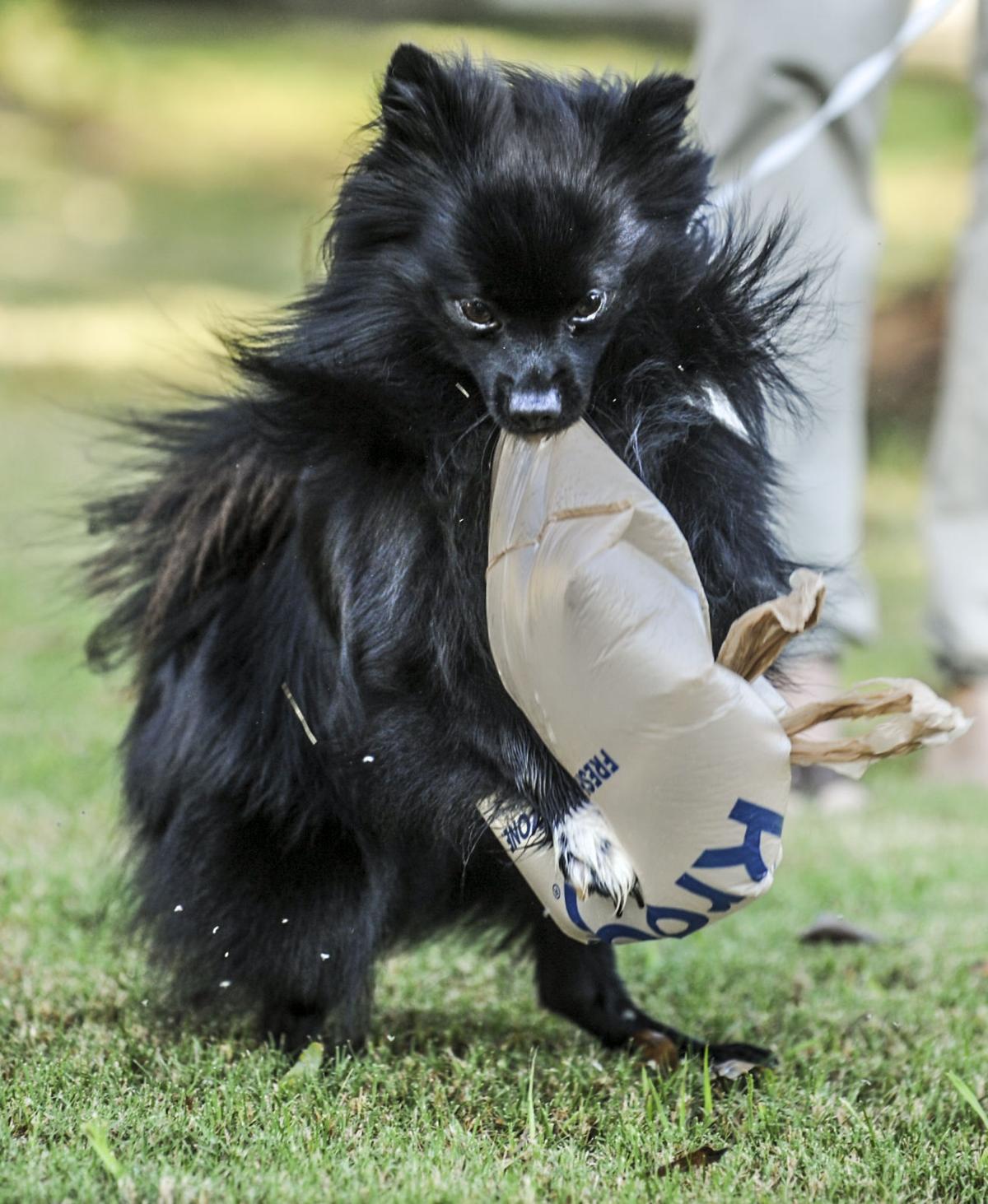 One of Tucker’s favorite activities is to tear apart inflated grocery bags. 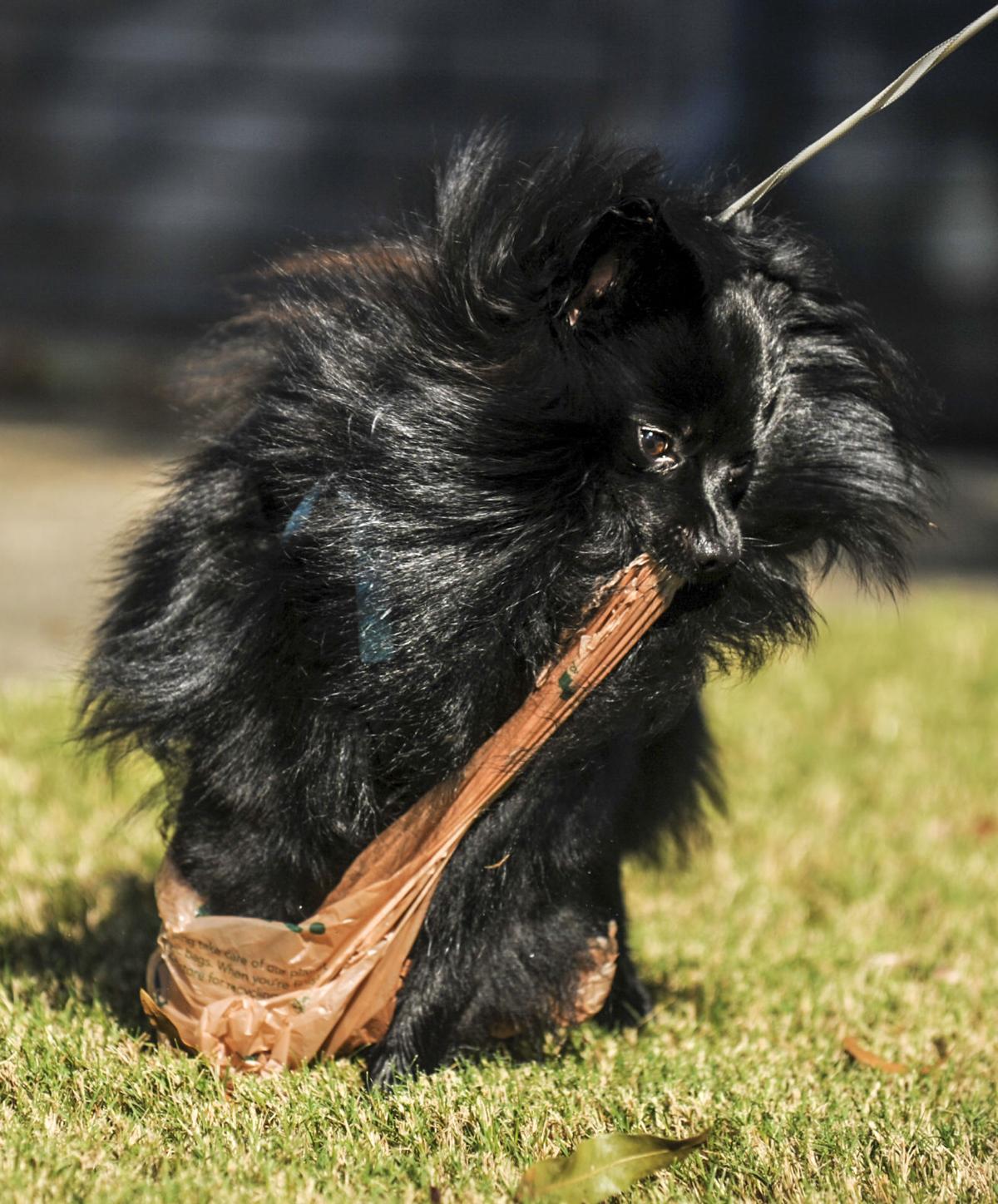 One of Tucker’s favorite activities is to tear apart inflated grocery bags.

A 1½-year-old black Pomeranian who hates walking in the grass but loves playing with grocery bags blown up like balloons, Tucker found a home in Decatur because of his playfulness and a soccer tournament.

Rick Vonk initiated the search last year that led to Tucker becoming a pet for him, his girlfriend, Stacey Malegni, and her twin daughters when they are at the house.

“For my birthday, I decided to pay it forward in a way,” said Vonk. “I decided, instead of me getting a gift, why don’t you guys go and pick out a dog that y’all want.”

Vonk, Malegni and the two twins, then 14, were in Atlanta in August 2020 for a soccer tournament when they visited a facility that a friend of Malegni’s had told them about where breeders bring puppies to show and sell.

Pomeranians were not the only breed available, and neither Vonk nor Malegni had previously owned a Pom. He, Malegni and the twins played with several puppies. Then they met a puppy who touched their hearts.

“Tucker was high energy from the start and very outgoing,” said Malegni. “He literally was all over the girls. He was full of personality from the get-go.”

Soon, the tiny Pomeranian with white feet was headed back to Decatur. The only hitch was the name. He was originally named Chewy, short for the “Star Wars” character Chewbacca.

“Stacey and I let the girls name him, but it just didn’t seem to fit,” Vonk said.

“I remember having a Social Studies teacher who was a man of smaller stature, so I happened to just say the name out loud and Stacey said it seemed to fit. He kind of looks like a Tucker.”

The Pomeranian’s playfulness has continued, and he has an interesting favorite pastime.

“When we come home from the grocery mart, take those plastic bags and fill it with air, and then tie it real quick ... he loves just tearing those apart,” said Vonk.

If Tucker could choose what to eat for every meal, it would be chicken. He also is fond of peanut butter. What Tucker hates is being outside, no matter the weather. Vonk said he must be forced to get off the patio and into the grass even when it’s potty time.

“I think it’s really just the texture, the feel of the ground on his feet that he doesn’t like,” Vonk said.

Malegni said something unique Tucker does is twirl around.

Vonk explained, “It’s almost like a little dance that he does. When he comes in, first thing, he’s so happy, he just does one or two twirls and then runs in and greets everybody.”

“He’s definitely one of our fur babies,” said Vonk.

Vonk has two other dogs that live with his ex-girlfriend in Huntsville, but they come over and play with Tucker at times. They are Australian shepherds and are much larger than Tucker.

When the Aussies come to visit, Tucker will willingly go in the grass in the backyard to play and seems to forget that he hates going outside.

According to Vonk, “As long as the whole gang is going out, then he’s OK with it.”

But Tucker is happiest when he’s around his human family.

On a recent weekend, Vonk said, “I had worked all week out of town, so I wasn’t here at all. Stacey works in her (home) office and works long hours. So, for him not to really have anybody to interact with during the day, I don’t think he liked it too much. Friday night and Saturday, he was just all over her. Snuggling and cuddling, wanting to play with her, all kinds of stuff.”

Vonk and Malegni are wanting another Pomeranian to give Tucker a companion.

“We are actively looking to get a friend for him,” Vonk said.

Vonk believes this will help Tucker be less lonely when one or both of his adults are away. “We want him to have a brother, sister, playmate.”

According to Malegni, “He is one of a kind. We’ve never had a dog like him, and we’ve had several.”

Vonk summed up why Tucker has become beloved: “He’s just got so much personality.”

Let us hear from you

If you have a story for our Pet Tales feature, please contact Erica Smith at erica.smith@decaturdaily.com or 256-340-2460.