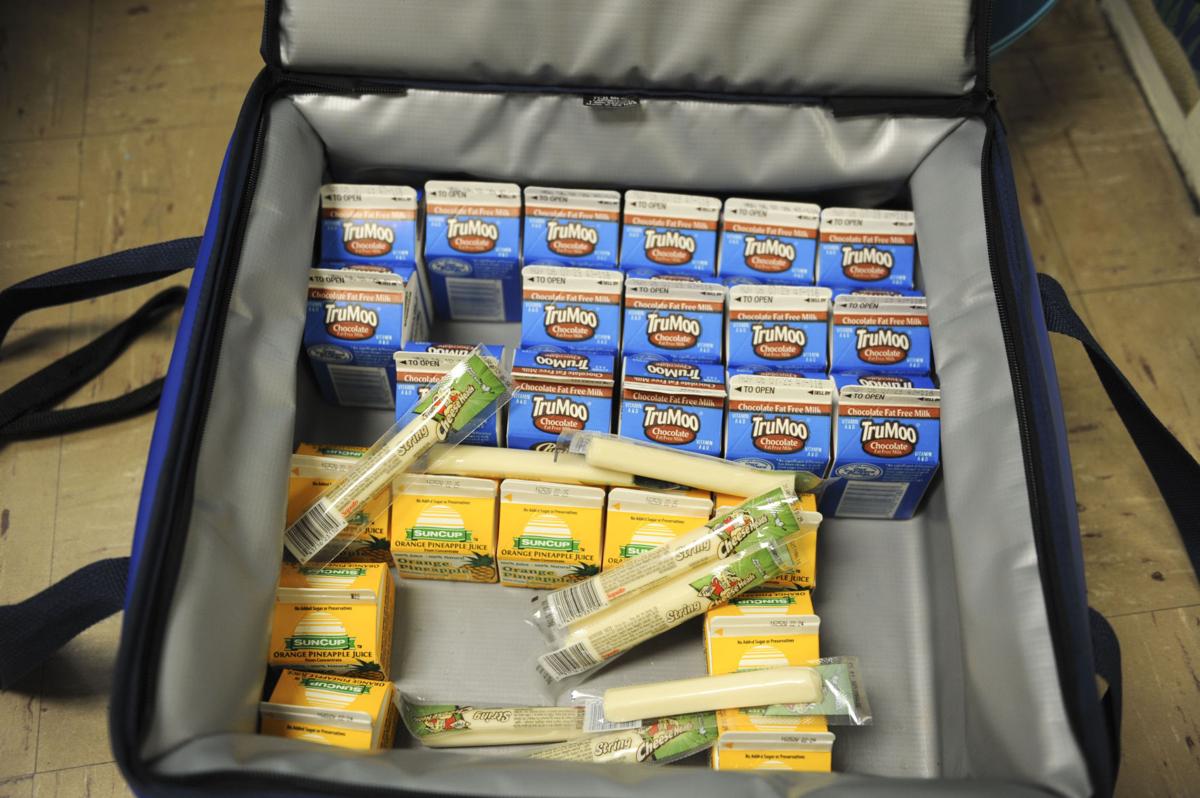 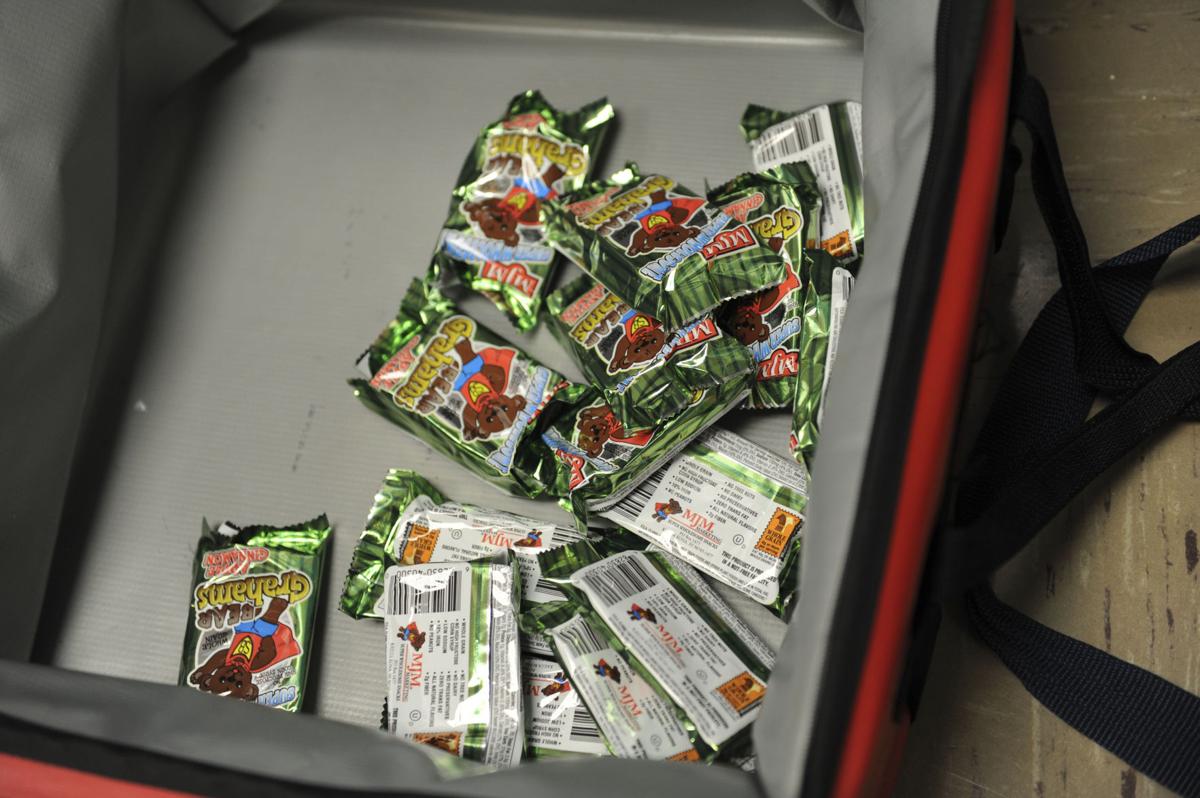 Local educators said poverty in the school system lowers test scores and presents challenges they were not trained to handle, but still have to deal with daily.

In some cases, this means helping a student who hasn’t bathed in several days because utilities are cut off at home or finding socks and coats for students in the winter.

Superintendents across the Tennessee Valley are not using poverty as an excuse, but they are talking more about students from low-income households because the state is going to issue school districts letter grades in December “and we need to explain our grades,” Hartselle Superintendent Vic Wilson said.

“We’re going to own our data and whatever letter grade we receive, but we also feel we need to let the public know that what happens in our classrooms on a daily basis is more than a score,” he said.

Education experts agree that poverty and low scores on standardized tests are intertwined. Schools that perform the worst on Alabama’s standardized tests — whether ACT Aspire, ACT Plan or ACT WorkKeys — have high poverty rates in common.

Former Lawrence County Superintendent Dewayne Key, who led a coalition of high-poverty school systems that sued Alabama over school funding more than two decades ago, said this shouldn’t come as a surprise to anyone.

He said educational leaders with any “comprehension of the education process” should know it’s more costly and challenging to educate children who live in poverty because they typically are behind their peers when they start school.

In April, a nonprofit Birmingham consulting firm that annually analyzes how students in Decatur City Schools are performing, said “poverty continues to be the overriding issue” why the district has low test scores.

The report included graphs that compared how students living in poverty performed on the ACT Aspire during the 2014-15 school year, compared to those not in poverty. In math, for example, only 9.3 percent of the district’s eighth-grade students in poverty scored at the proficient level. The percentage for nonpoverty students was 40.3 percent.

Regardless of the grade level, some of the same performance gaps existed in reading. In third grade, 59.2 percent of Decatur’s students not in poverty scored at the proficient level, while only 20.9 percent of students in poverty were at proficiency.

Joe Adams, who presented the report for the Public Affairs Research Council of Alabama, pointed out that performance gaps between school sites were dramatic and poverty was the reason. Eastwood Elementary, which has the lowest percentage of students in poverty, had the highest test scores in math and reading. Somerville Road, the school with the highest level of students in poverty, was at the bottom in test scores.

Adams said among the students living in poverty are a significant number of students who are not proficient in English, which means they may not understand the questions they read on the test.

Ed Nichols, who was Decatur’s superintendent when the PARCA report was released, said he was not surprised at Adams’ findings. He said poverty — more so than the district’s racial and ethnic shift — is the reason Decatur’s scores are lagging behind the rest of the state. To make his point, he compared DCS test scores to Morgan County, which has a majority white student population.

“When you look at how their poor kids are performing, it’s the same as Decatur and the racial component of the students is different,” he said.

The challenge, Nichols said, is finding a way to enhance the educational opportunities for students in poverty because they generally lack the cultural experiences of their affluent counterparts.

“You try to give them that experience and I think it will get better with technology,” Nichols said. “But schools only have students six hours per day and many of them have no support system at home.”

Several teachers and administrators said they are often the only support system for students in poverty, which requires them to spend time dealing with matters that have nothing to do with academics.

Woodmeade Elementary Principal Angie Whittington said her school keeps a food and clothing pantry “because we have to be prepared when students come to school in the winter either with no socks or no coat.”

She said Woodmeade, like other schools across the district, has a backpack program that gives students food to eat over the weekend. Woodmeade also offers breakfast in the classroom, which feeds every student before class starts.

“The best meals for some of our students come at school,” Whittington said. “And the research shows that hungry students will not worry about learning.”

Somerville Road Elementary Principal Teddi Jackson has the same feeding programs, but she said there are many other issues related to poverty “we deal with that the public never sees.” She said teachers “more and more” have to be mothers for students and she tries to hire male teachers who will be role models for the boys.

Somerville Road has the highest poverty rate in the district.

Last week, Jackson said one of the best students was not focused in class and got sent to the office. She determined the student had missed taking medication. Jackson contacted the family, but they didn’t have transportation to bring the medication to school. She drove to the home and got the medicine.

“I don’t care what I have to do for my students to succeed, I’m going to do it,” Jackson said. “I never met a parent who didn’t want the best for their child. They sometime lack the skills, and this is where we step up as a school.”

Key, who served as a classroom teacher before twice being elected superintendent in Lawrence County, said it’s expensive to bridge the educational gap between affluence and poverty.

“It can be done, but it’s going to take extra time and personnel, which cost money,” he said. “Until we have smaller learning environments, we’re not going to bridge the gap.”

Decatur Superintendent Dan Brigman is a child of poverty, growing up as one of five children to a single mother. He knows the shame students in poverty feel because he was one of the students who received reduced-price lunches.

But he is convinced students in poverty can learn if a strong pre-kindergarten program is available and their individual needs are identified.

Several long-term studies by the Center for Public Education have found that children who participate in highly qualified pre-K programs enter school more ready to learn than their peers, giving support to Brigman’s argument.

Improving student performance was at the forefront when DCS hired Brigman. The push to expand pre-K classrooms began before he arrived in May, and the district already had programs in place to create individualized learning plans.

Brigman’s biggest change has been how classroom time is used. The district is doing daily intervention and enrichment, which is built into the class schedule.

One of the benefits of doing intervention and enrichment during school hours is that students — regardless of their economic status — receive small-group instruction and don’t have the burden of staying after or coming back to school, Brigman said.

There are so many more issues, Key said.

“Children in poverty are more likely to be sick and miss school days because they don’t have access to health care,” he said.

Key said the majority of low-income students are from single-parent homes, often with a parent who works multiple jobs, which makes it difficult for schools to engage parents in the learning process.

“There are so many issues around poverty that affect student performance and we have never dealt with them in this state,” he said.