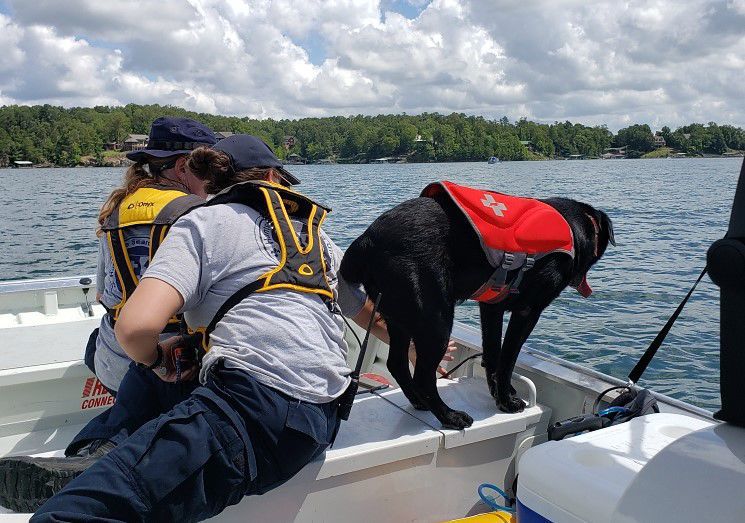 Members of the Colbert County Dive Team were joined last week by the Huntsville Search Dog Unit in their search for a woman thrown from a boat during a two-boat collision on Smith Lake on July 4. The search has been suspended indefinitely, although some sonar efforts will continue next week. [COURTESY PHOTO] 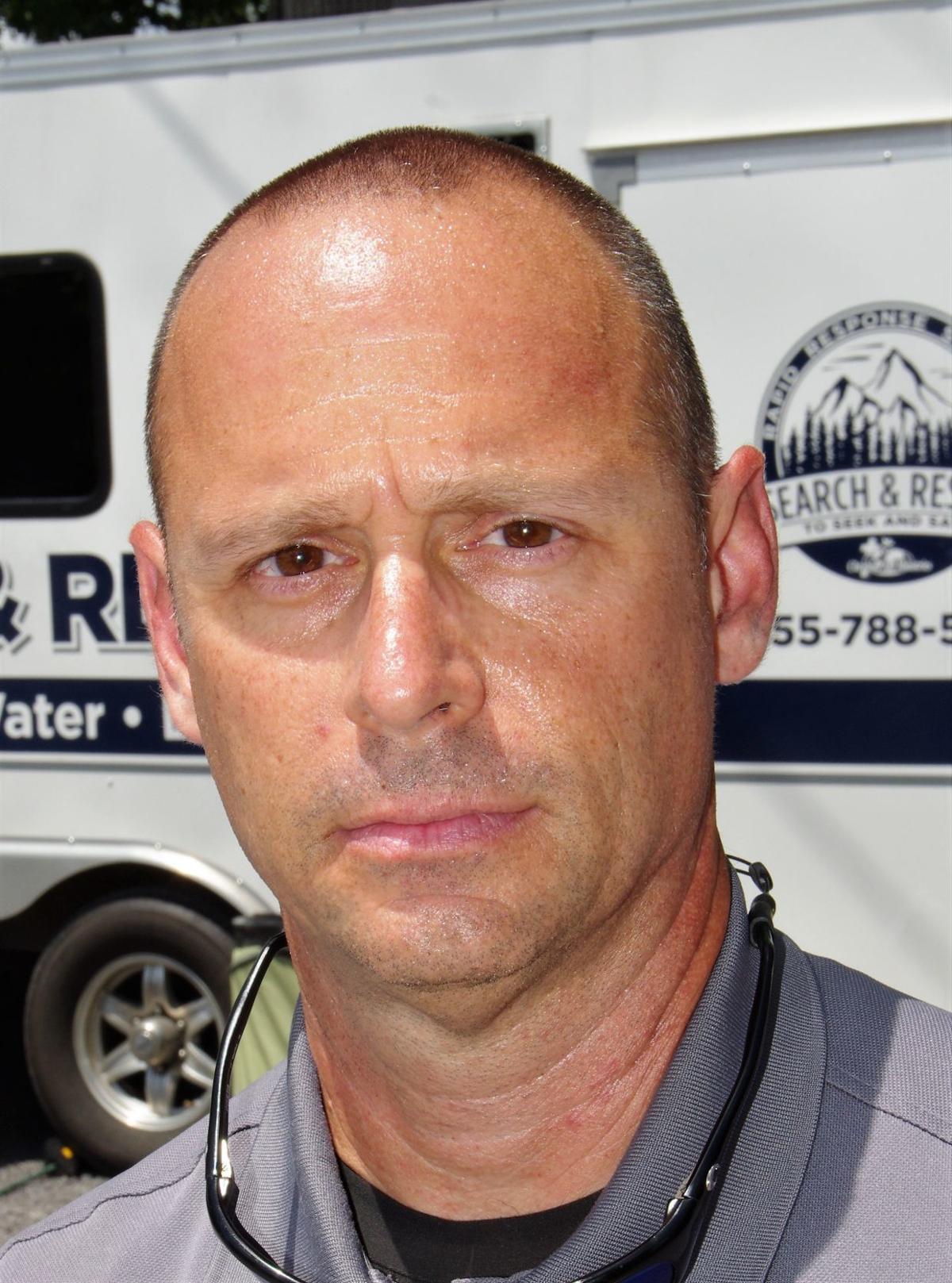 CRANE HILL — The Alabama Marine Patrol said Friday afternoon the search of Smith Lake for a Troy woman has been suspended indefinitely.

Kelsey Nicole Starling, 26, disappeared in Smith Lake after a collision between two boats about 10 p.m. July 4.

“There are some search operations planned for the future, but we will no longer have personnel searching every day,” Marine Patrol Sgt. Chad Pate said in a written release. “ALEA Marine Patrol troopers will search the area regularly while on boat patrol. ALEA Aviation will still conduct aerial searches periodically.”

Pate said the Winston County Emergency Management Agency has specialty sonars out of Dothan and Florida scheduled for use next week in Smith Lake. Nearly 20 search and rescue units from as far away as Pennsylvania have worked to find Starling.

Authorities have said the depth of the lake and debris at the bottom of the lake have presented challenges to search teams.

“It’s cold at the bottom of the lake and not a lot of oxygen,” said Andre Weaver of Christian Aid Ministries Search and Rescue team. “That’s why the trees (on the bottom) didn’t rot and come to the surface. We brought in our sophisticated sonar equipment. We have to keep our equipment about 15 feet above the tree lines down there. Most of our searches don’t involve depths as in Smith Lake.”

Authorities said Smith Lake, formed in 1961 when the Alabama Power Co. erected a dam on the Black Warrior River, is more than 200 feet deep in some sections.

Longtime Morgan County Rescue Squad member Tony Weikert said local divers are put in harm’s way diving deeper than 100 feet. He said the Tennessee River is about 18 to 40 feet deep in most areas.

“Obviously, this did not have the outcome that we had hoped for," Pate said. "Many organizations and agencies have worked hard over the last 15 days. Our thoughts and prayers are with the Starling family.”

Starling was a passenger in a boat operated by Decatur native William Jackson Fite, 23, of Atlanta. The 2012 Mastercraft boat Fite piloted was involved in a collision with a pontoon boat operated by Jodi Wallace Suggs, 50, of Decatur. Fite was charged with boating under the influence, a misdemeanor, and taken to the Winston County Jail. He was released about 12 hours later on $2,000 bail, jail records indicate.

Pate said he cannot disclose details of the ongoing investigation.