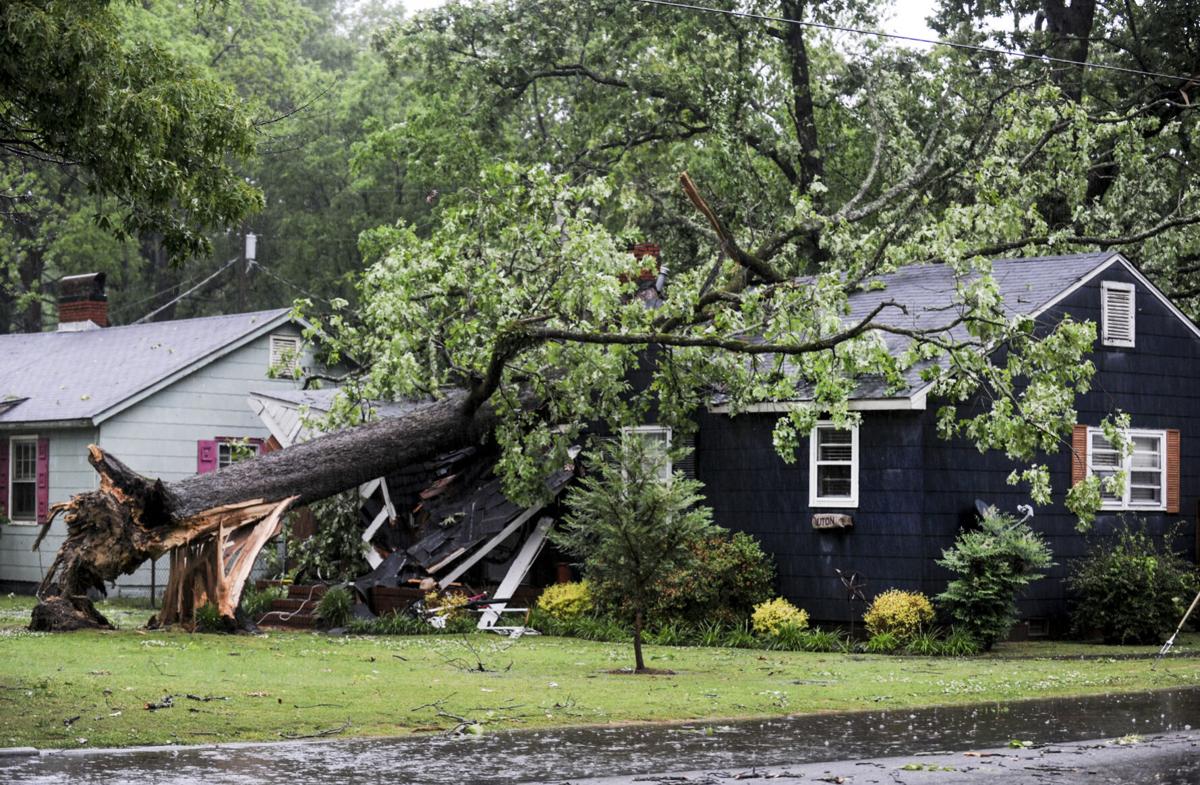 A tree fell on a house at the northeast corner of Seventh Avenue and Fifth Street Southeast during the storm late Tuesday afternoon. Nobody was in the residence at the time. [JERONIMO NISA/DECATUR DAILY] 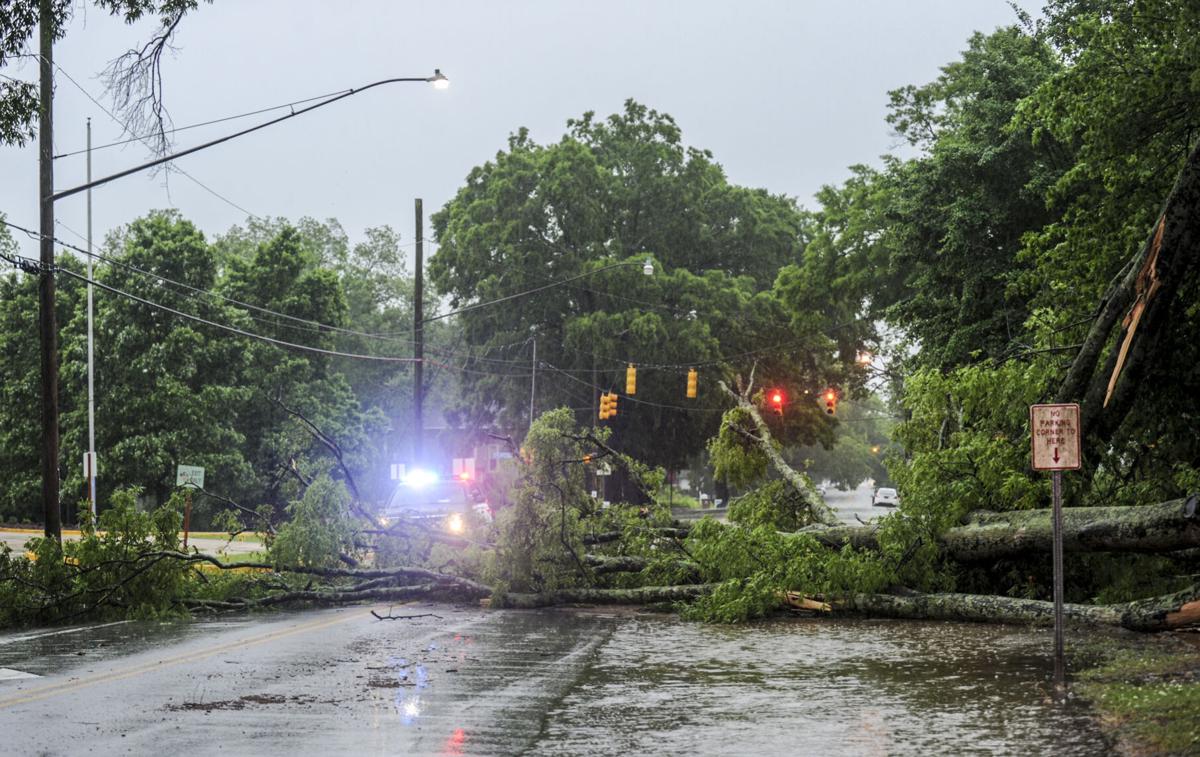 Decatur police close a section of Fourth Avenue Southeast, between Gordon Drive and Prospect Drive, after a tree fell and blocked the road during a storm late Tuesday afternoon. [JERONIMO NISA/DECATUR DAILY]

A tree fell on a house at the northeast corner of Seventh Avenue and Fifth Street Southeast during the storm late Tuesday afternoon. Nobody was in the residence at the time. [JERONIMO NISA/DECATUR DAILY]

Decatur police close a section of Fourth Avenue Southeast, between Gordon Drive and Prospect Drive, after a tree fell and blocked the road during a storm late Tuesday afternoon. [JERONIMO NISA/DECATUR DAILY]

High winds from a thunderstorm late Tuesday afternoon toppled a tree onto a house in Southeast Decatur, pushed down another tree near Banks-Caddell Elementary and left almost 400 Decatur Utilities customers without power.

No injuries were reported from the series of storms that moved through the area and drenched Decatur with 2.01 inches of rain in 24 hours through 6 p.m. The resident of the house damaged by the toppled tree at 824 Seventh Ave. S.E. wasn't home at the time the house was struck.

Regina Lupo of Decatur, owner of the damaged house, said her nephew Chris Word and his dog Brandee lived there alone. She said he was grocery shopping at the time the large oak tree fell about 5:15 p.m.

“I was shocked to see that tree in the front yard topple,” Lupo said. “The ones in the backyard are in worse shape.”

Many large limbs sat in yards of neighborhood houses, and the intersection of Seventh and Fifth streets was nearly impassable with water sitting in the roadway.

Neighbors across the street from the damaged house said they didn’t see the tree fall, but weren’t surprised because of the ferocity of the storm.

“The rain was going sideways and was hitting our house pretty hard,” said neighbor Shaneon Mitchell.

Another neighbor, Greyson Crawford, 16, said he has lived in the neighborhood most of his life and that was the first tree he saw go through a house.

“Trees are always dropping big limbs during bad storms like this one,” he said. “This one was extremely bad. It was very windy. It had to be to blow the tree down. With these old trees around here, I am surprised more haven’t fallen."

Three blocks away, a large tree fell from the Banks-Caddell school grounds and blocked Fourth Avenue Southeast in front of Fort Decatur Recreation Center for a few hours. Decatur police were redirecting traffic at 6:30 p.m.

Ashley Ravenscraft, a meteorologist with the National Weather Service in Huntsville, said the downed trees in Southeast Decatur were probably the result of “some pretty gusty winds between 30 and 40 miles per hour that went through there earlier.”

She said those downed trees were the only reports of damage that had been received in the area as of 6:30 p.m. Tuesday.

She said although there were flooding issues in northeast Alabama, that wasn't a concern in this area. “The biggest issue for us has been ponding on roads,” she said.

Lawrence County Engineer Winston Sitton said his department had not received any reports of damage or flooding as of 7 p.m. Tuesday.

Daphne Ellison of the Limestone County EMA office said Athens had some ponding on the roads and flash flooding along U.S. 72 West. “The ditches are full and we might have some reports of damage with all of the rain we’ve had,” she said.

“I wish the city would help cut some of these older trees down,” she said. “People here, especially the older people, can’t afford to have these trees removed. This is just sad. At least nobody was hurt. The house will be rebuilt.”