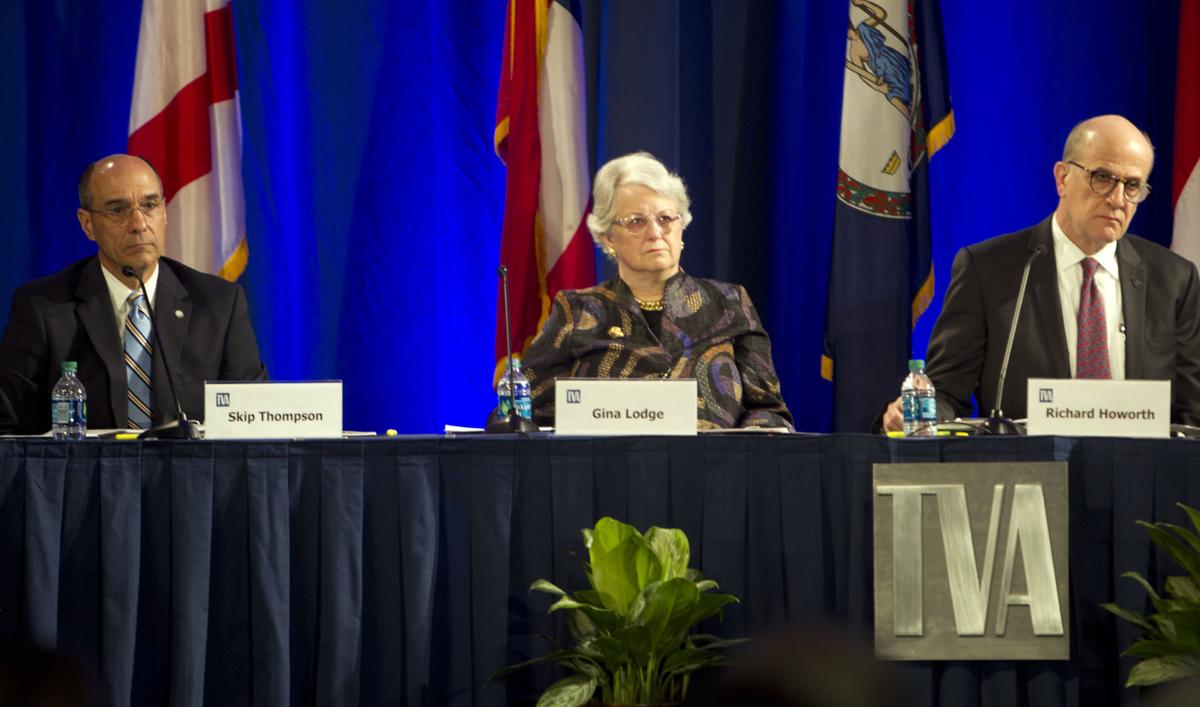 Skip Thompson, left, Gina Lodge and Richard Howorth listen while the public addresses members of the Tennessee Valley Authority board in May 2018 during a meeting at the Marriott Shoals Conference Center in Florence. Both Thompson and Howorth have apparently been dismissed from the TVA board by President Donald Trump. [DECATUR DAILY FILE] 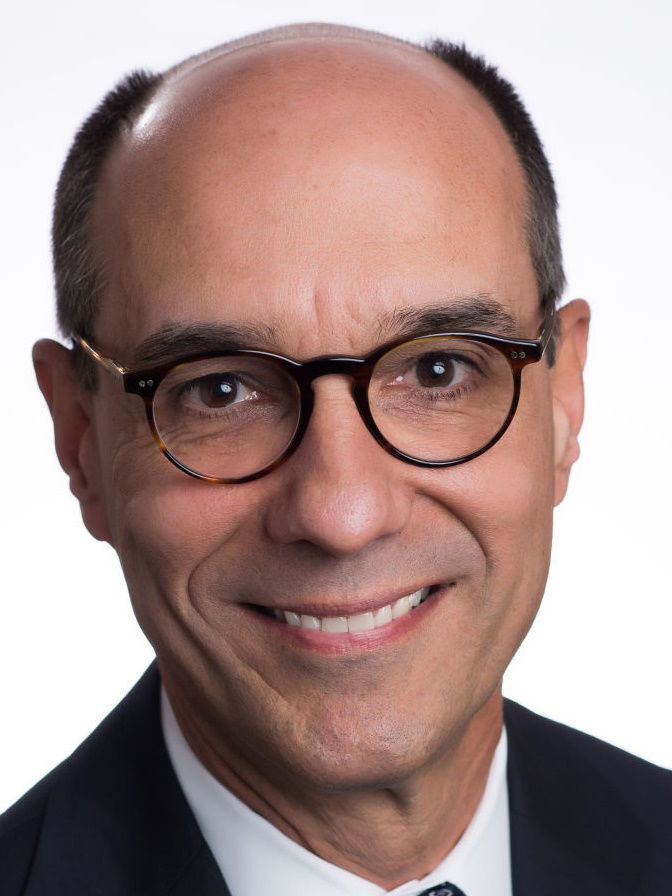 President Donald Trump said today that he had fired the chair of the Tennessee Valley Authority, who is Skip Thompson of Decatur, claiming the federal agency has betrayed American workers.

"It does appear from information that we've received that Skip Thompson, who is the chair, and Richard Howorth (of Mississippi), who is the former chair, both have been dismissed from the TVA board of directors," said Jim Hopson, manager of public relations for TVA.

Trump told reporters at the White House that he was formally removing the authority's chair of the board and another member of the board and threatened to remove other board members if they keep hiring foreign labor.

"The new CEO must be paid no more than $500,000 a year," Trump said. "We want the TVA to take action on this immediately. ... Let this serve as a warning to any federally appointed board: If you betray American workers, you will hear two words: 'You're fired.'"

As a federal corporation, TVA receives no taxpayer money to compensate its employees. As amended in 2004, the TVA Act directs the board to pay TVA employees, including its CEO, wages that are competitive with private industry in comparable jobs.

The CEO of Alabama Power received executive compensation totaling $8.2 million in 2019, according to a report the company filed this year. According to Energy and Policy Institute, two dozen U.S. utility CEOs received annual compensation packages in 2019 worth over $8 million, with the highest being the Southern Company at $27.9 million.

U.S. Tech Workers, a nonprofit that wants to limit visas given to foreign technology workers, took out an ad to persuade Trump to stop the TVA from outsourcing much of its information technology division. The group, led by Kevin Lynn, criticized the TVA for furloughing its own workers and replacing them with contractors using foreign workers with H-1B visas.

"We understand and support today’s Executive Order," TVA's Hopson said in an email. "We want to ensure that U.S. employees have good opportunities through our employment and supply chain practices. We look forward to working with the White House, continuing a dialogue and supporting future policies in this direction.

"All TVA employees are U.S. based citizens. All jobs related to TVA’s Information Technology department must be performed by in the U.S. by individuals who may legally work in this country."

Trump made the announcement as he signed an executive order to require all federal agencies to complete an internal audit to prove they are not replacing qualified American workers with people from other countries. The White House said the order will help prevent federal agencies from unfairly replacing American workers with lower cost foreign labor.

The order followed the TVA's announcement that it would outsource 20% of its technology jobs to companies based in foreign countries. TVA's action could cause more than 200 highly skilled American tech workers in Tennessee to lose their jobs to foreign workers hired on temporary work visas, according to the White House.

But Republican Sen. Lamar Alexander of Tennessee said the TVA doesn't get any taxpayer money. Commenting on the issue in April, Alexander said the White House was spreading misinformation. He said that TVA chief executive officers' pay is lower than other large utilities and that TVA energy rates are among the lowest in the nation.

In a memo to TVA employees in April, after Trump initially challenged Lyash's pay, Thompson wrote, "Our CEO compensation is based on comparisons with the utility industry and is evaluated by independent auditors. That total compensation (for Lyash) ranks in the lower 25 percent of utility peers."

"... We are fully supportive of (Lyash) and of the entire TVA team," Thompson said in the April memo. "It's unfortunate that ill-informed opinions are now distracting us from our focus on providing reliable power and other vital services during this challenging time."

As a federal corporation, TVA’s Board members serve at the pleasure of the president, according to Hopson. The board’s by-laws allow it to continue its oversight function with the loss of one or more of its members.

The TVA is a federally owned corporation created in 1933 to provide flood control, electricity generation, fertilizer manufacturing and economic development to the Tennessee Valley, a region that was hard hit by the Great Depression. The region covers most of Tennessee and parts of Alabama, Mississippi and Kentucky as well as small sections of Georgia, North Carolina and Virginia.

Churn in labor markets is certainly discomforting. However, when a firm, in this case TVA, takes advantage of a government program (H-1B) it is to reduce costs and increase stakeholder value. Lower wage expenses should trickle down to lower energy prices. The H-1B visa program exists because there is a shortage of skilled tech talent in our country, meaning that there are ample high wage opportunities for skilled workers in the technology sector. What is most alarming is that Trump is criticizing TVA for taking advantage of the system in place in the very government over which he presides. Moreover, the President frequently espouses his past experience exploiting the income tax system to pay very little in taxes. Maybe he should be fired.

Good for Trump he needs to do more of this.

I am an industrialist I am power generation stations provided fuel two renewable energy plants. As a patriot I'd be glad to take a cut in pay to 500,000 a year then don't get a handle on the Escalade energy prices in America.

Hopefully this action will be the first of many like it.TVA is a non-profit Federal agency that is supposed to provide low utilities and provide jobs for Americans.Not for people in the good ole boy system to take turns making millions for a board position.It's obviously not even a full time position if you also have time to run a personal business.The city of Decatur plays the same game.Instead of hiring city workers they hire a contractor who then hires whomever.The over payment of board members salaries can keep the jobs of 200 American workers.And yes I have no doubt there are plenty of talented people who would gladly work part-time for a half a million dollars.

The walls are closing in on the dotard.Another distraction for his complete and utter failure as the president.He makes Jimmy Carter look like FDR.

Who is the "Lyash" referenced in the article? Apparently the article was edited for length and the original reference to someone named "Lyash" was removed without replacing the needed identifying information.